Coating materials that protect against fire, water or extreme temperatures are nothing new. But an Israeli high-tech paint doesn’t just protect surfaces from the sun. SolCold actually uses the sun’s power to activate a cooling mechanism, effectively providing air conditioning without electricity.

You read that right: This double-layered coating absorbs the hot rays of the sun and re-emits that energy in the form of cold. The hotter the solar radiation the more the coating cools down, making SolCold’s paint a potentially game-changing electricity-free solution for intensely sunny climates such as Africa and Central and South America.

The Herzliya-based startup is raising funds and plans to begin trials within 18 months of closing the Series A round in the first quarter of 2018. Two commercial and one residential building in Israel and Cyprus are waiting to get the trial SolCold treatment. 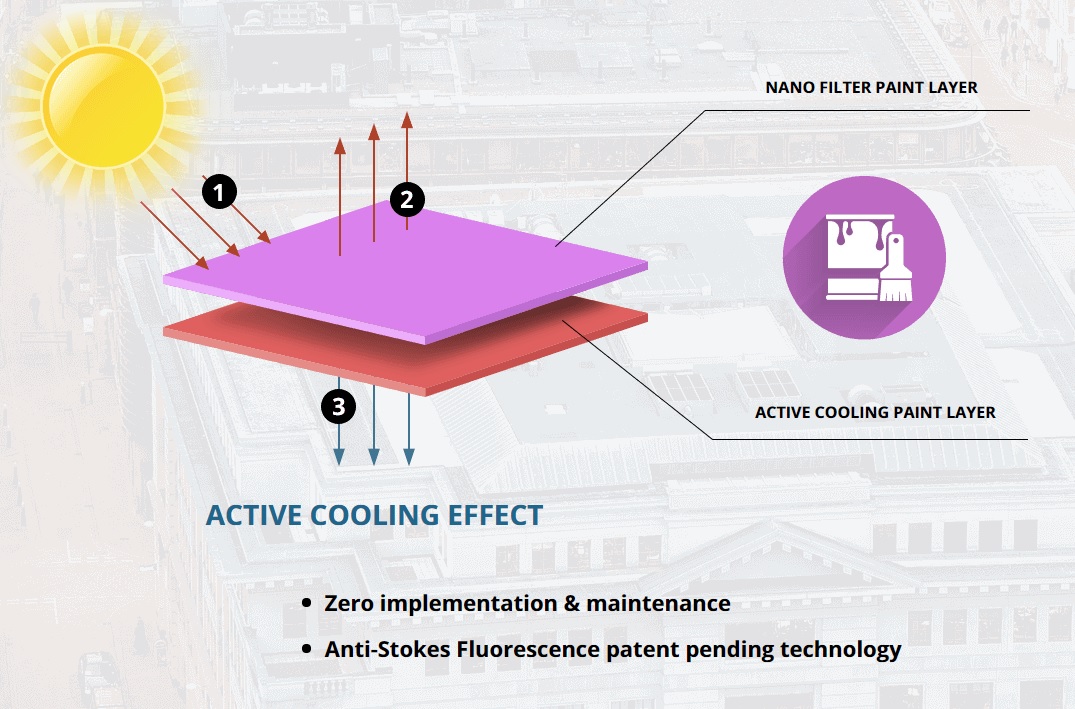 The double-layered SolCold paint re-emits solar radiation in the form of cold. Graphic courtesy of SolCold

Meanwhile, SolCold cofounder Gadi Grottas tells ISRAEL21c that the company has received hundreds of inquiries regarding orders and distribution rights — which he estimates to be worth around $100 million — from places including Africa, Australia, Brazil, Bolivia, Chile, China, France, India, Italy, Japan, Kuwait, Mexico, Philippines, Turkey and the United States.

SolCold’s product is generating interest for coating anything from chicken coops to cargo ships, malls to stadiums, cars to planes, satellites to hothouses, military equipment to apartment houses.

How did such an early-stage company get so much attention already?

Its first exposure came in June 2016, when SolCold was one of six Israeli companies handpicked by the US State Department and White House to take part in the Global Entrepreneurship Summit in California.

And then, in October 2017, SolCold was a finalist in the deep tech competition at the Hello Tomorrow Summit in Paris.

“We were in stealth mode until July 2017 but as soon as we got a little publicity, people contacted us by the hundreds, wanting to distribute the product,” Grottas says. 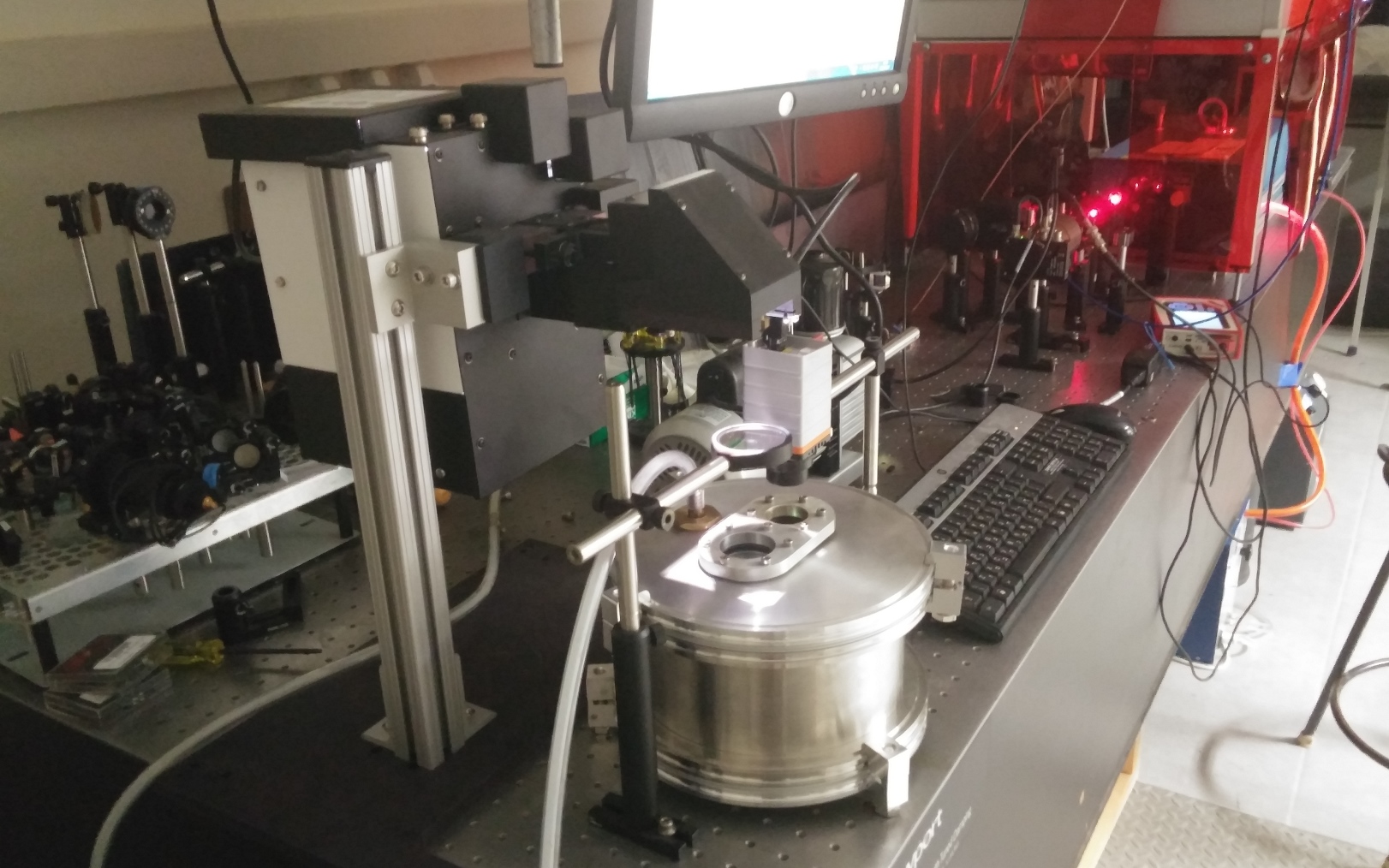 Up to 60% decrease in energy consumption

The “anti-stokes fluorescence” technology behind SolCold was invented by electrical engineer Yaron Shenhav, who became cofounder and CEO of SolCold. The IP is owned by the company.

“We are not afraid someone will copy us,” says Grottas, “because the technology is very complicated and not familiar to too many people. We gathered a unique combination of knowledge in the worlds of thermodynamics, nanotechnology and quantum physics and have been working on it for the past four years. We have also registered a PCT patent, which is pending before being published.”

Grottas expects the product to be affordable and to offer a fairly quick return on investment. He explains that the materials used in the coating all exist in the market, are 100 percent “green” and free of carbon emissions, and are activated by free energy from the sun.

When tested in a lab using a sun simulator, SolCold’s double-layered coating cooled an object by 1.2 degrees Celsius (2.2 degrees Fahrenheit) using the equivalent of only 1% of the sun’s energy.

“The paint could decrease electricity consumption by up to 60 percent and is expected to last for 10 to 15 years before needing a new coat,” says Grottas. 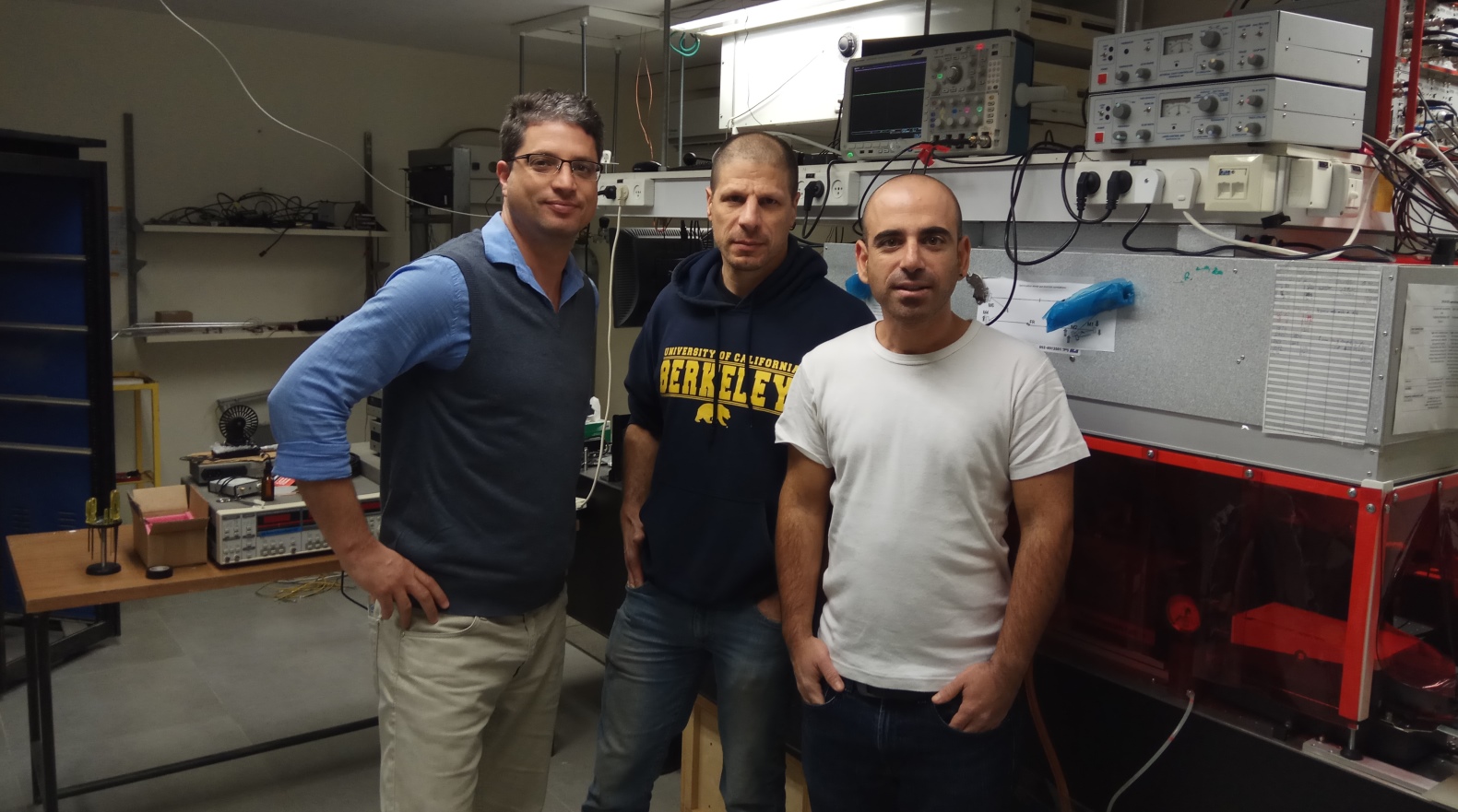 At this experimental phase, SolCold’s paint is light blue although additional colors are planned especially in response to inquiries from automakers, says Grottas, who recently was interviewed in South Africa.

One of the main customers for the cooling coating may be egg farms, because hot weather stresses laying hens and greatly reduces their productivity.

But Shenhav envisions entire cities in hot climates using SolCold to coat residential and commercial buildings, which would consume less energy and therefore reduce greenhouse gas emissions into the atmosphere.

“Our technology can cool anything under the sun,” he said.