As Israel’s two-season Mediterranean climate hits its stride midwinter, gone are the hills scorched brown by relentless summer sun and the cracked and dried-out streambeds. In their place, wildflowers arrive almost immediately after the first rain, followed soon after by flowing creeks and rivers.

For those who love to get their feet wet (and ankles and knees as well) or just relish the refreshing spray of cascading mist against their face and arms, Israel offers an array of easily accessible, awe-inspiring waterfalls.

The Mount Hermon watershed channels snow melt and runoff from winter storms from Israel’s highest peak down through the Golan Heights, Sa’ar Falls, Banias and ultimately the Jordan River. 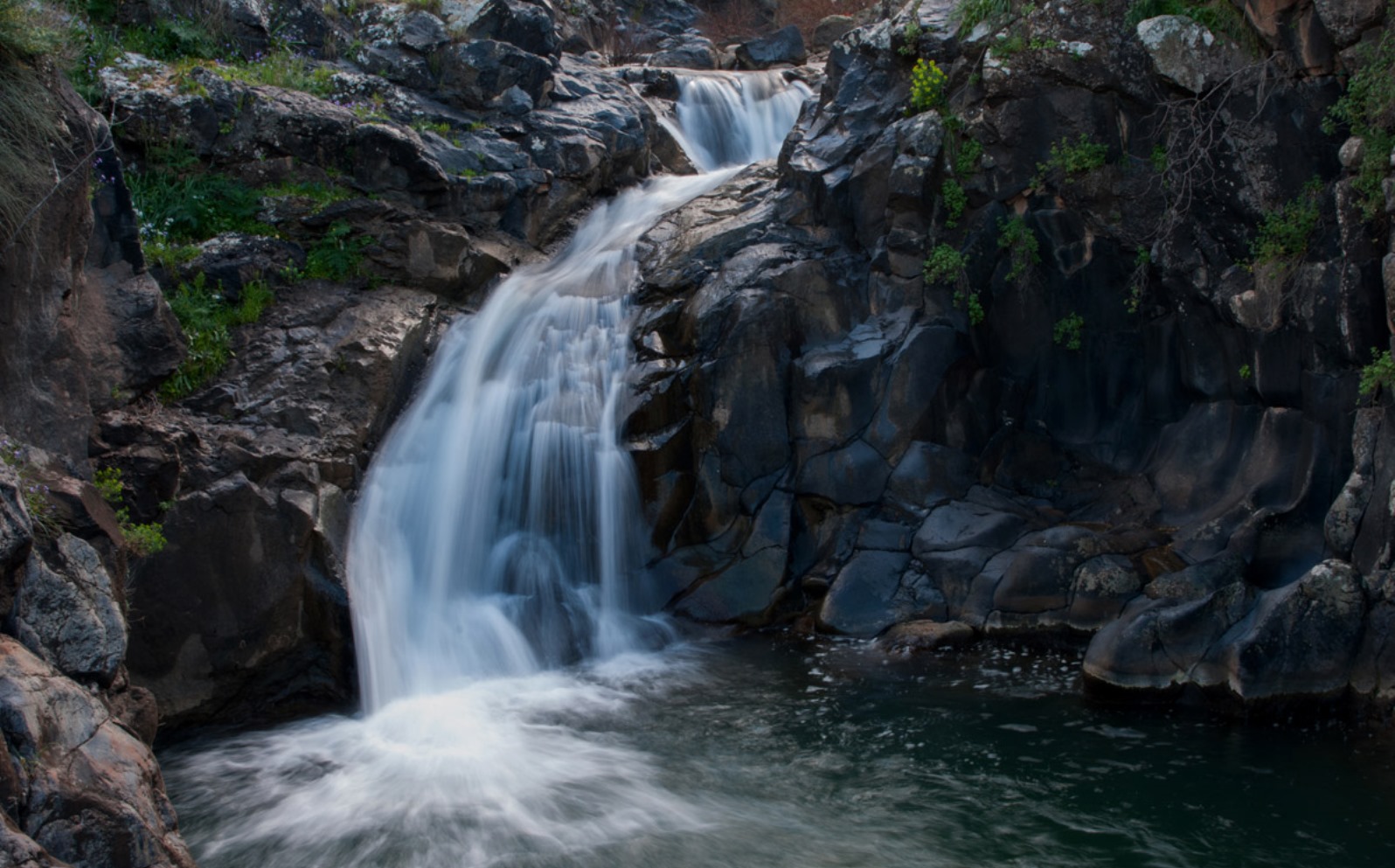 Sa’ar Falls in the Golan Heights. Photo by Yehoshua Halevi

The Sa’ar Falls are located mere footsteps from the junction of Routes 99 and 989 in the Golan Heights, about 4 kilometers below the Nimrod Fortress. 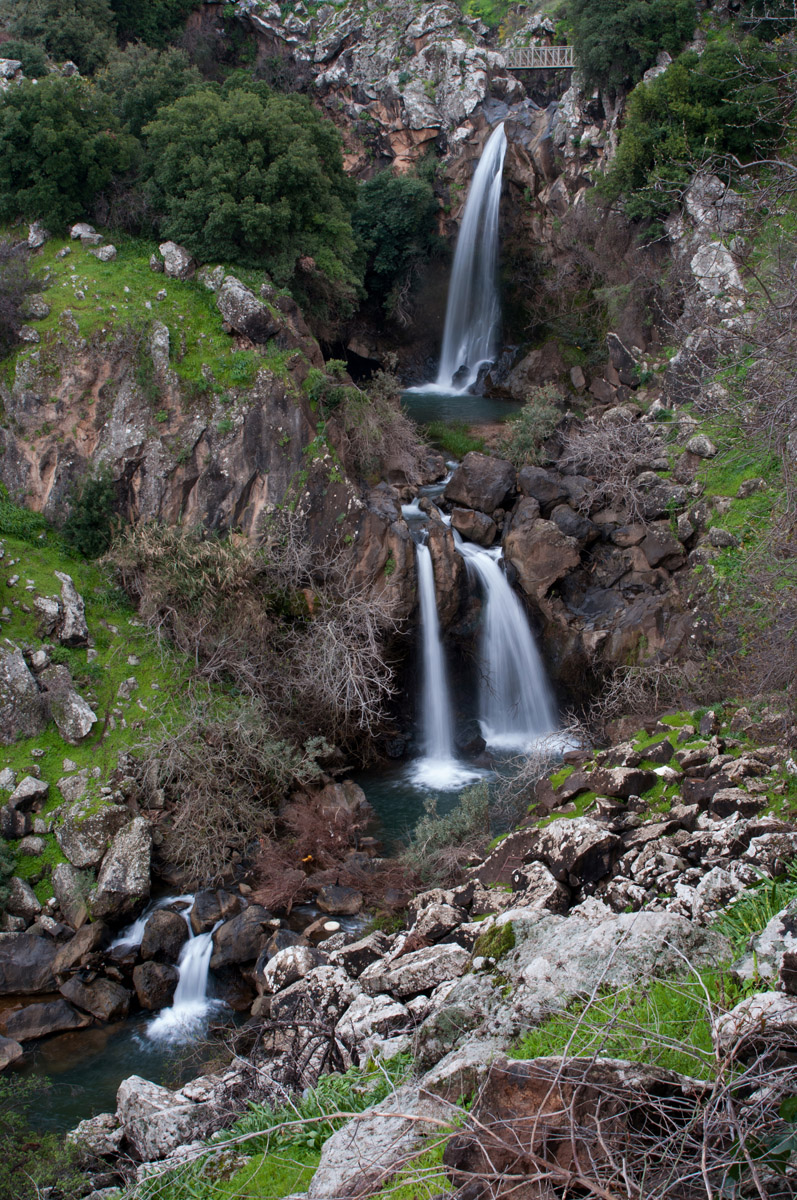 En route to the Sea of Galilee, the Sa’ar Stream rushes down from Mount Hermon before tumbling precipitously in a series of waterfalls, the main falls dropping its load some 33 feet into the basin below.

There are hiking trails and a bridge that provides an excellent vantage point. In the dry season, roughly from June through October, the falls are reduced to small puddles and so are best visited during the winter months.

The Banias waterfall is unquestionably Israel’s most powerful waterfall, surging over a wide precipice and noisily cascading 10 meters down a steep basalt gorge into gushing rapids below. 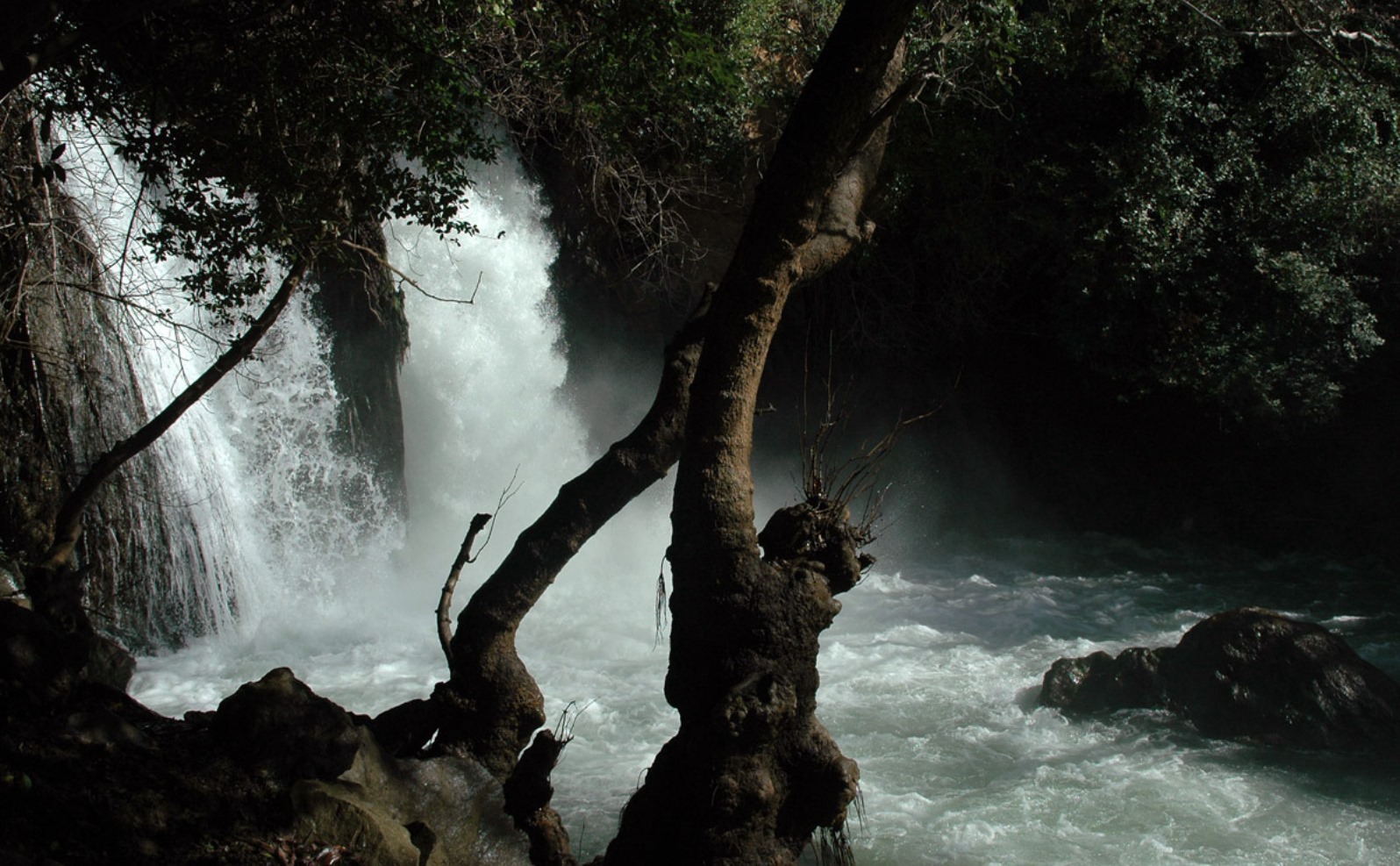 The Banias is Israel’s most powerful waterfall. Photo by Yehoshua Halevi

The Banias Nature Reserve requires an admission fee but is well worth the short hike down to the modern, wooden platform to take in this spectacular sight.

A visit to the Gamla Nature Reserve in the central Golan Heights features a tour of the ancient ruins as well as an opportunity to observe a variety of raptors in flight. A pleasant hike across a flat and open landscape leads to another of the Golan’s inspiring waterfalls, the Gamla –Israel’s highest perennial waterfall. 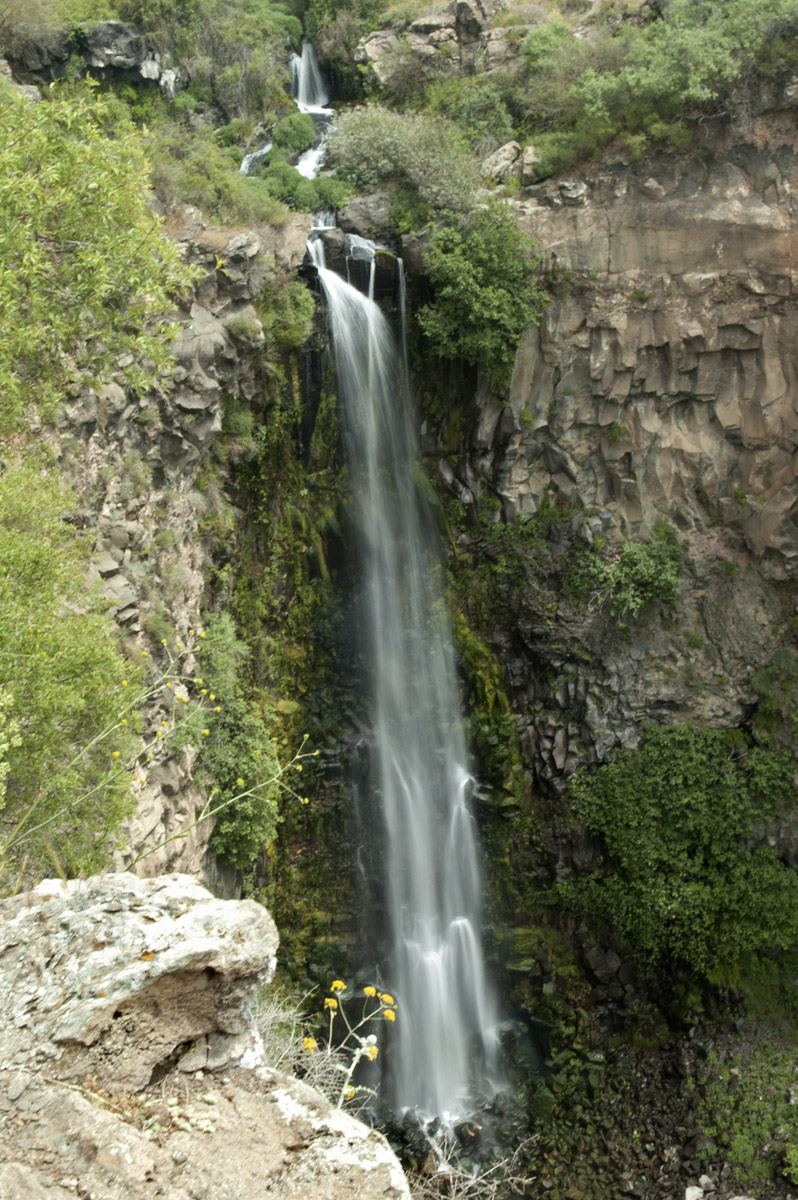 One of Israel’s most family-friendly and spectacular hikes is the Ayun Stream Nature Reserve in the Galilee panhandle. The stream traces its origin – and name – to springs in the Marj Ayoun Valley in southern Lebanon. The easily navigable trail climbs and winds its way past four impressive waterfalls, beginning from the southern entrance to the park, just before entering the town of Metulla, where it passes under the 100-foot Tanur Falls. 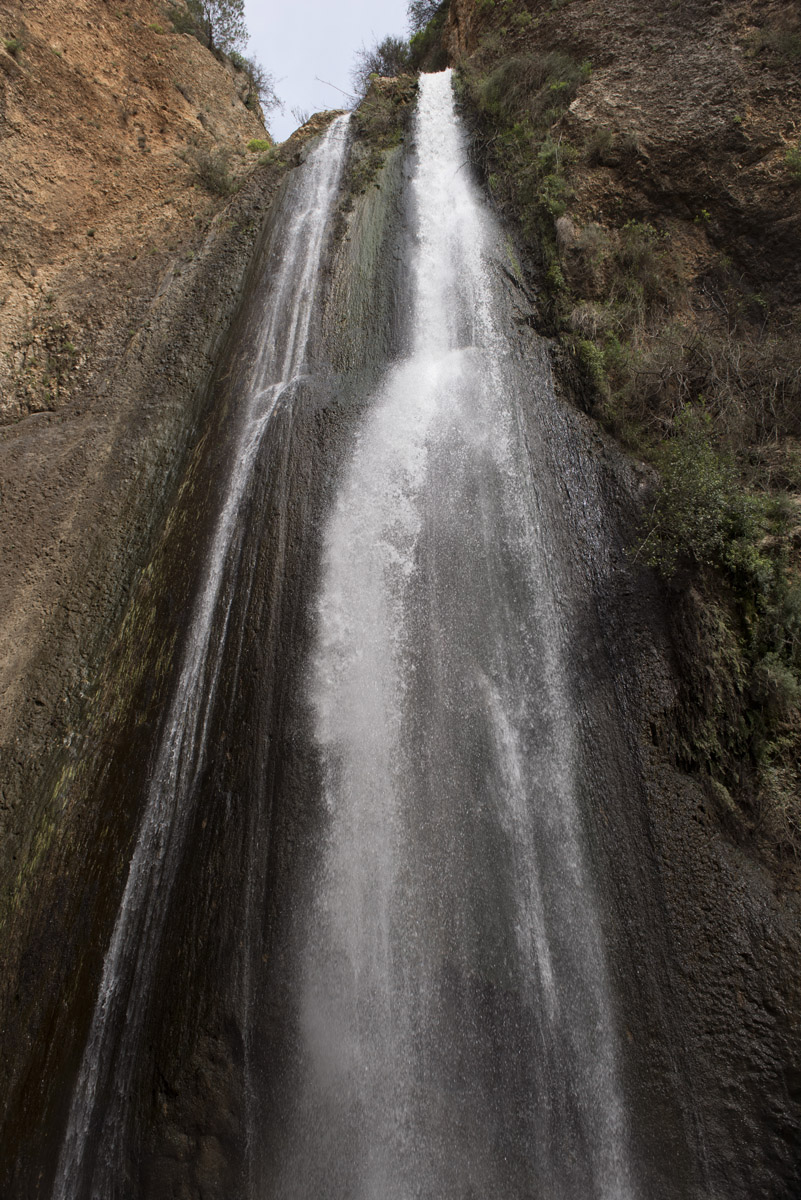 After a brief climb with views opening up across orchards and the mountains of the northern Galilee and southern Lebanon, the trail reaches the modest, two-tiered Eshed Falls, which measure five and nine meters high.

Another 20 minutes of walking leads to HaTachana Falls, which spills its flow from a height of approximately 70 feet, often in the split formation of a double waterfall. The trail terminates just above the nine-meter-high Ayun Falls, below the northern exit of the park. 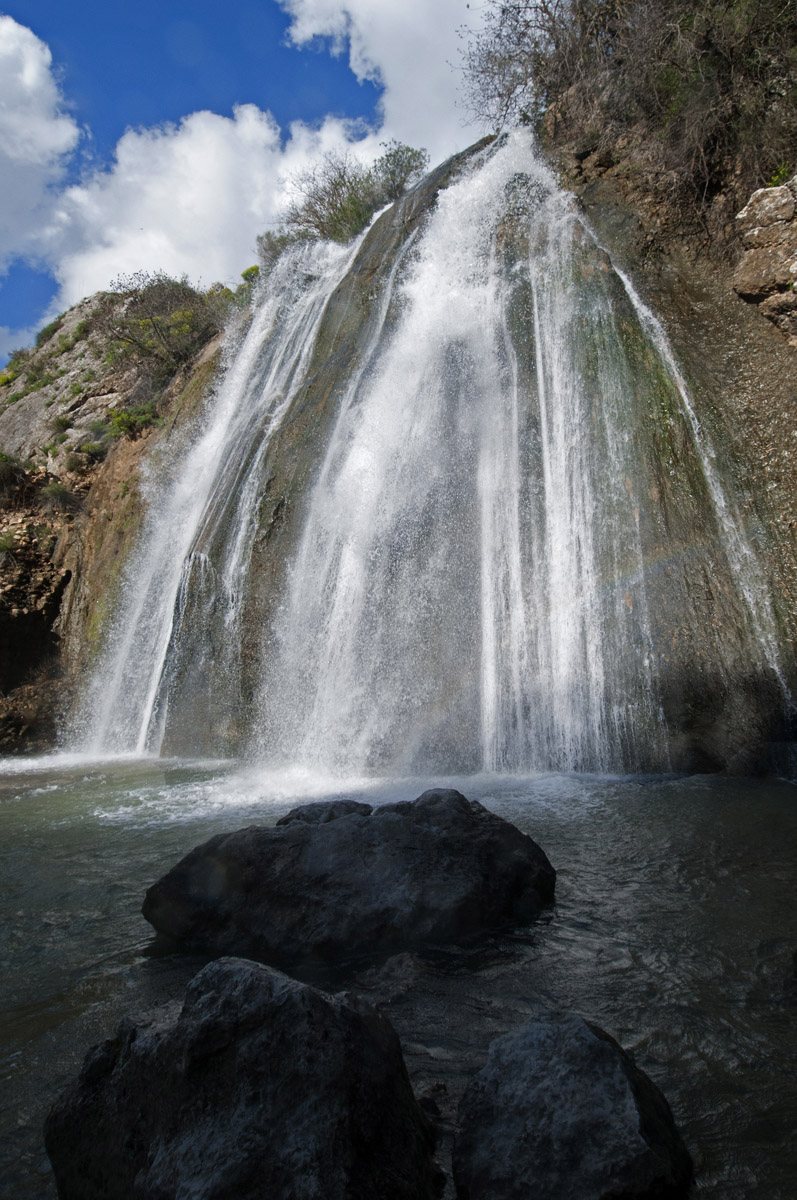 HaTachana Falls in the northern Galilee. Photo by Yehoshua Halevi 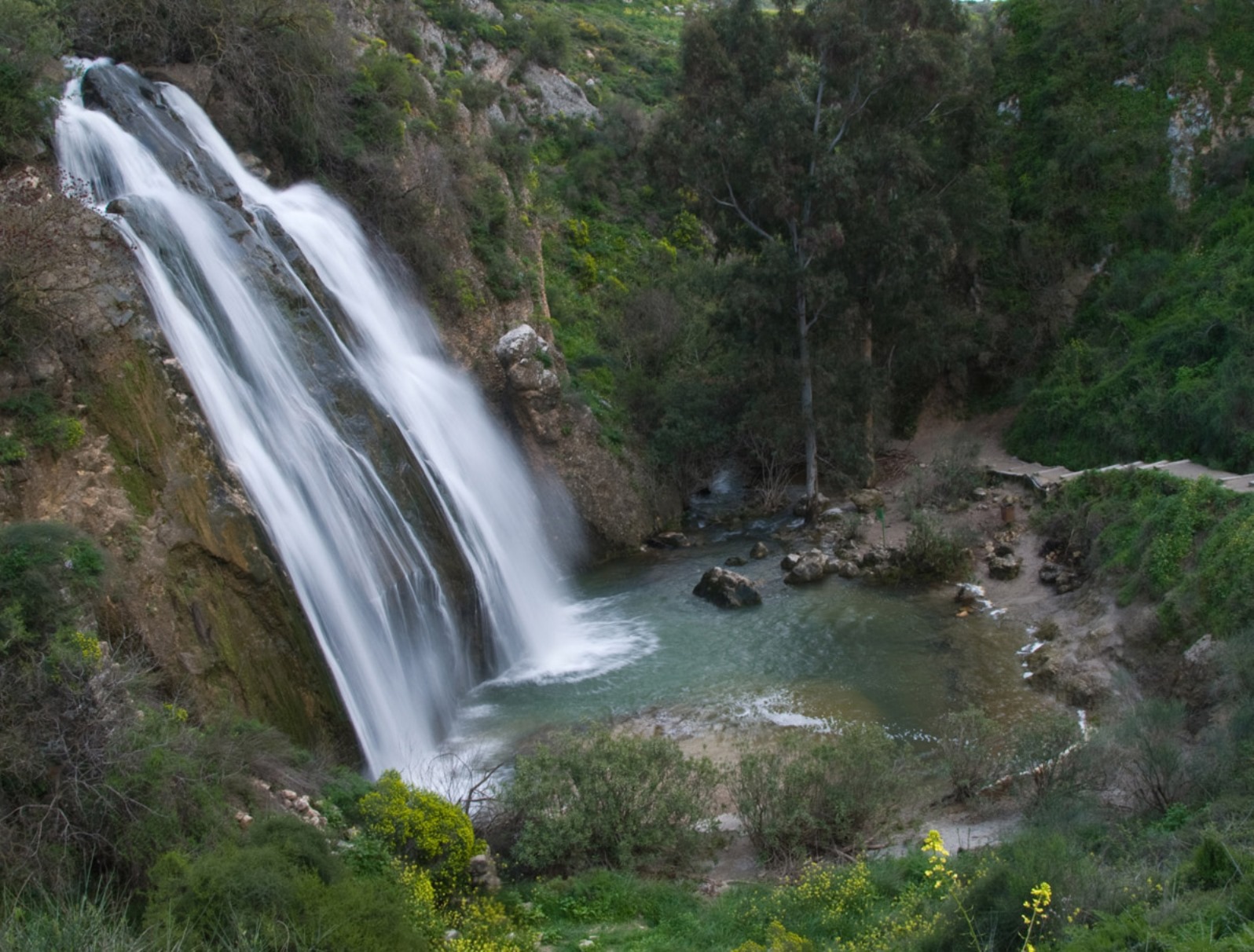 A popular spot to cool down in the summer months in the Galilee is the Nachal Snir Stream Reserve, east of Kiryat Shemona along Route 99.

Less notable for its plummeting waters than its challenge as a water hike, the Snir Stream is the longest of the Jordan River tributaries. There are numerous small, natural waterfalls and pools for wading along the thickly forested route. 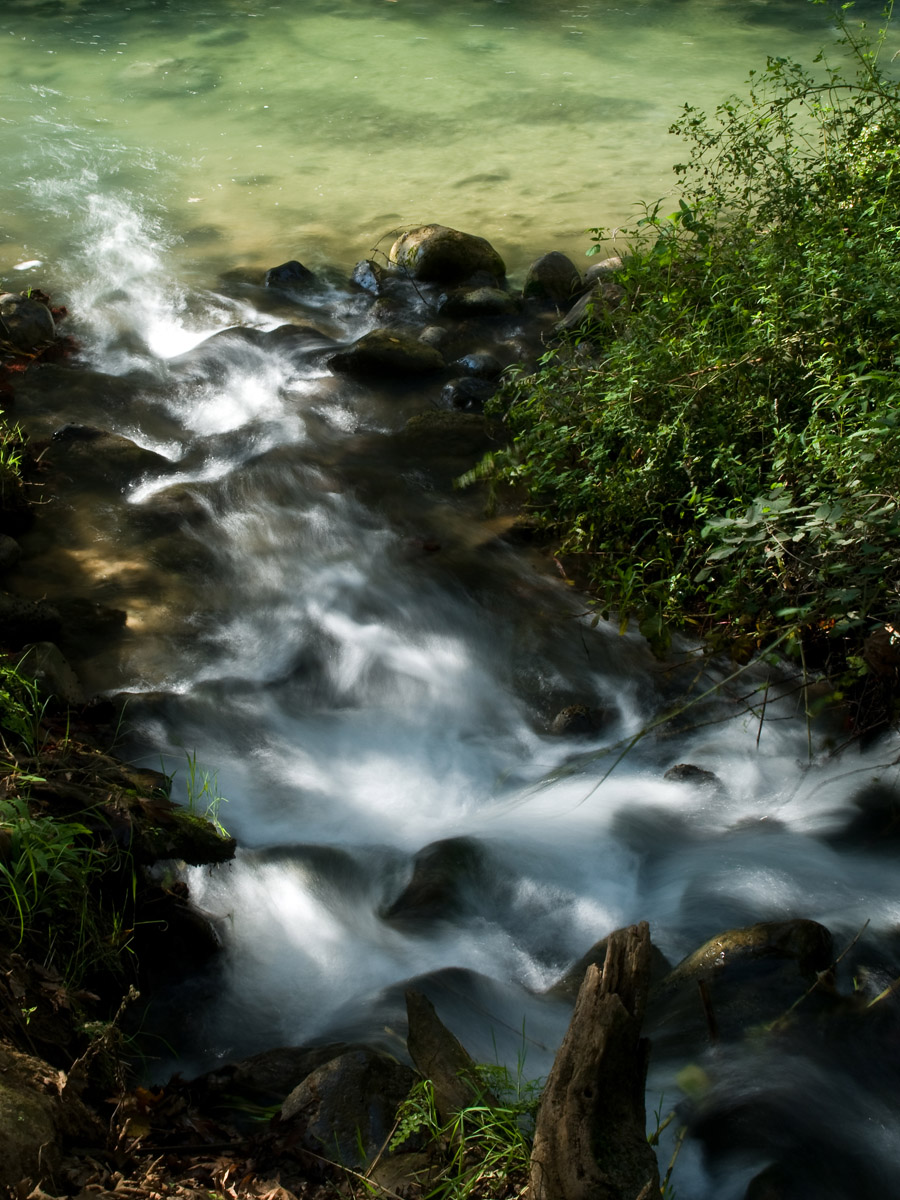 Further south in the northern end of the Jordan Valley lies Gan HaShlosha National Park, also known by its Arabic name, Sakhne, about 15 minutes west of Beit She’an. There is a large reservoir and falls popular with swimmers throughout the spring and summer months.

For those travelers lured by the serenity of the desert, Ein Gedi is fed by an extraordinary, year-round spring that flows over two remarkable waterfalls. A short, easy hike leads to the falls at the top of Nachal David (not pictured).

For those with a bit more energy and endurance, Hidden Falls in Nachal Arugot are well worth the 90-minute hike. There are wading pools en route as well as a refreshing and invigorating pool at the base of the main fall. 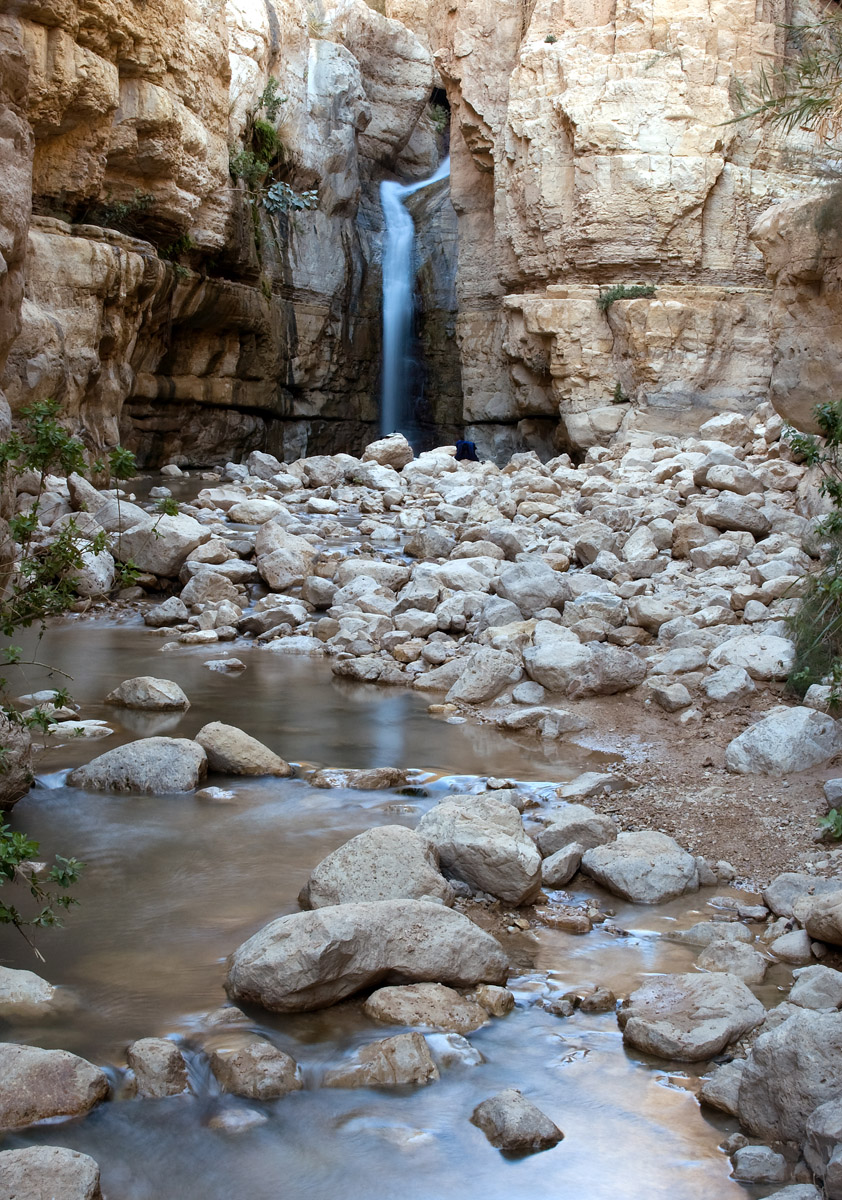 Be forewarned, though, this hike is popular year-round with large groups. To steal a few moments of peace, hit the trail from the moment the park gates open at 8am. You won’t be disappointed.