Each scene required study, research and listening to God’s direction to faithfully recreate.

Dikla Laor is without a doubt one of the most interesting artistic photographers to appear in Israel in modern times. Her creations are worthy of display on the walls of the world’s greatest museums alongside the works of other great artists who tried to capture the biblical stories.

In her collection entitled Women of the Bible, Dikla succeeds in bringing characters out of the pages of the Bible, allowing us to reflect on aspects of their life we have never imagined before. Each character is presented in a captivating portrait that tells their story anew, time and time again.

It has been said by our sages that there are seventy faces to the Bible, and Dikla adds her own unique perspective to the biblical characters enhanced with color, fabrics, and mood against stunning backgrounds in the Golan Heights. 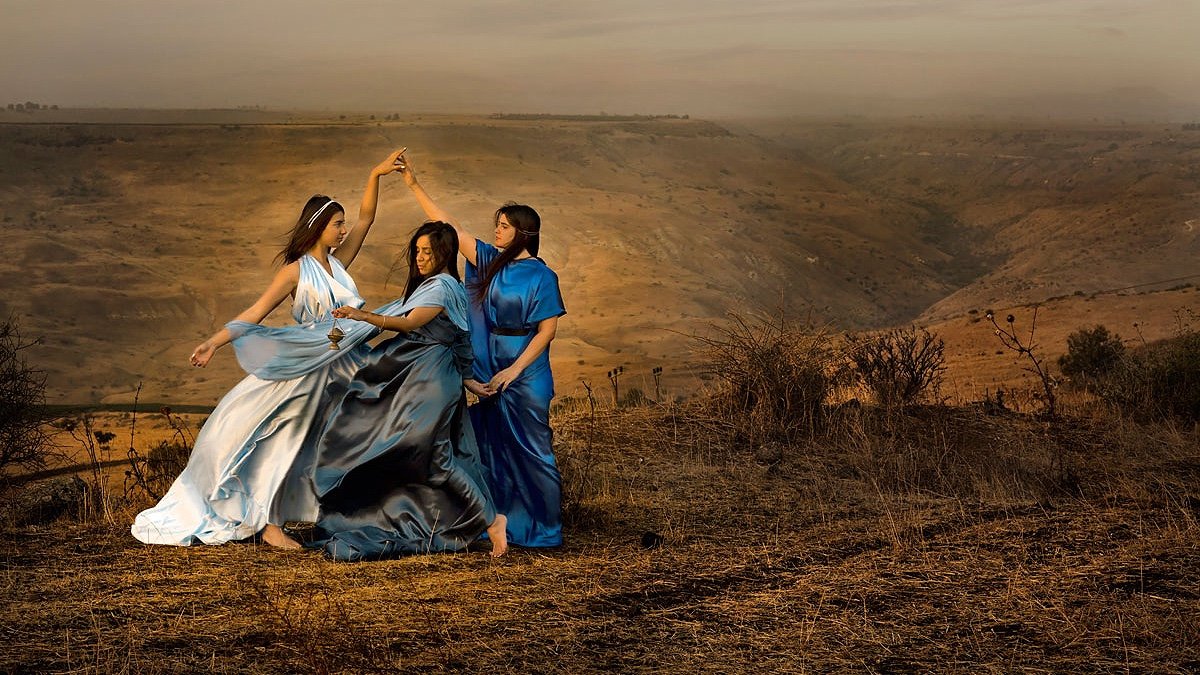 Women of the Bible

All of this beauty is brought together in her compilation Women of the Bible which has received praise and acclaim in Israel and around the world.

Professor Yair Zakowitz, winner of the 2020 Israel Prize for Biblical Literature, had this to say of Dikla’s work:

“Each and every one of the thirty-five photos in the book is a complete scene. Dikla, the director, does not include any detail by chance. She casts the photos with women, dresses them as characters and applies the proper makeup, adds them to the landscape, sets their posture and facial expression, and even adds to the photos animals and various accessories necessary for the atmosphere, to complete the drama.”

Most of us are acquainted with the central female figures in the Bible, the ones we grew up with, and are familiar with their stories. And yet there are many women in Scripture whose stories have yet to be fully told, and Dikla sees it is an honor and obligation to bring to life these hidden figures and highlight these otherwise forgotten women. 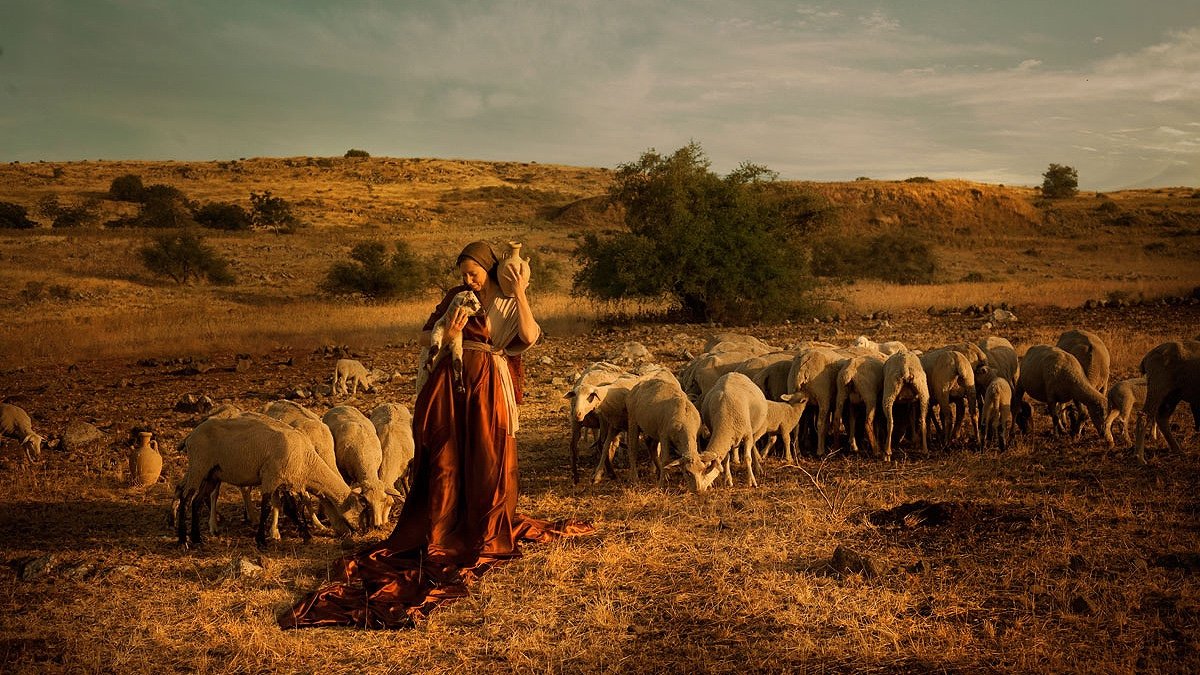 The Goal: Photograph all the women of the Bible

Each woman deserves serious study which often takes months in preparation before creating the likeness. Dikla reads everything that can be read about each character until she can see her in her mind’s eye fully dressed, with accessories, including the mood and pose, as well as the setting. Only then does she proceed to create the image.

Throughout the process, Dikla listens and tries to sense the presence of God whose voice guides and directs her in the completion of her lavish creations. All of this combines miraculously, she says, to illuminate the stories of the Bible and experience the presence of God as it was back then, and is today, and as always!

When asked if there is any one woman that she connected with in a special way, Dikla replied that she has no favorite. She falls in love with each within their unique place in history and loves all of them.

Her ability to connect with, be passionate about, and creative with each and every woman surprises her time and time again. Each character captures her full attention without exception. During those seasons of research, contemplation and setting up the concept to become a work of art, she senses that she is interacting with the actual woman. 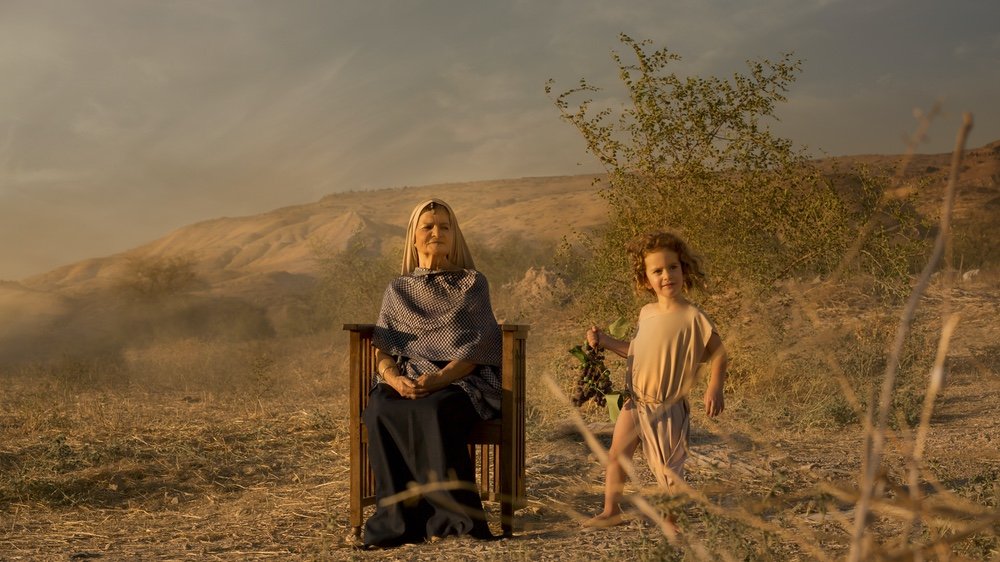 Of all the diverse pictures in the series, there is one to which Dikla is the most sentimentally attached, and that is the photo of Sarah and Isaac. In this picture the people who play the biblical characters are her mother and her son. The clothes they wear are those of her grandfather, her mother’s father, from 130 years ago, when he was still alive, living in Tunis.

Though the clothes have already begun to deteriorate, Dikla wanted to include these garments, and all the meaning and emotion that accompanies them into the scene, leaving a stamp of her personal lineage on the picture.

Normally, every aspect of the scene is part of the vision and planned to the last detail, though sometimes things happen on set that force her to make changes, which then come to make the scene more accurate.

For example, in the photograph of Eve, she had two challenges. Eve had to be naked, but Dikla did not want to take nude photographs. And the live snake turned out to be a stubborn and heavy female weighing 154 pounds that refused to go to the place on the tree that Dikla had designated for her. In the end, the whole picture was redesigned by the obstinate serpent, and as we read the story of the Garden of Eden, we understand that this is not by chance, the snake managed to make the photo accurate.

This case reminded Dikla that in fact all the animals she used were females, and what could be more fitting in a project entirely dedicated to women. 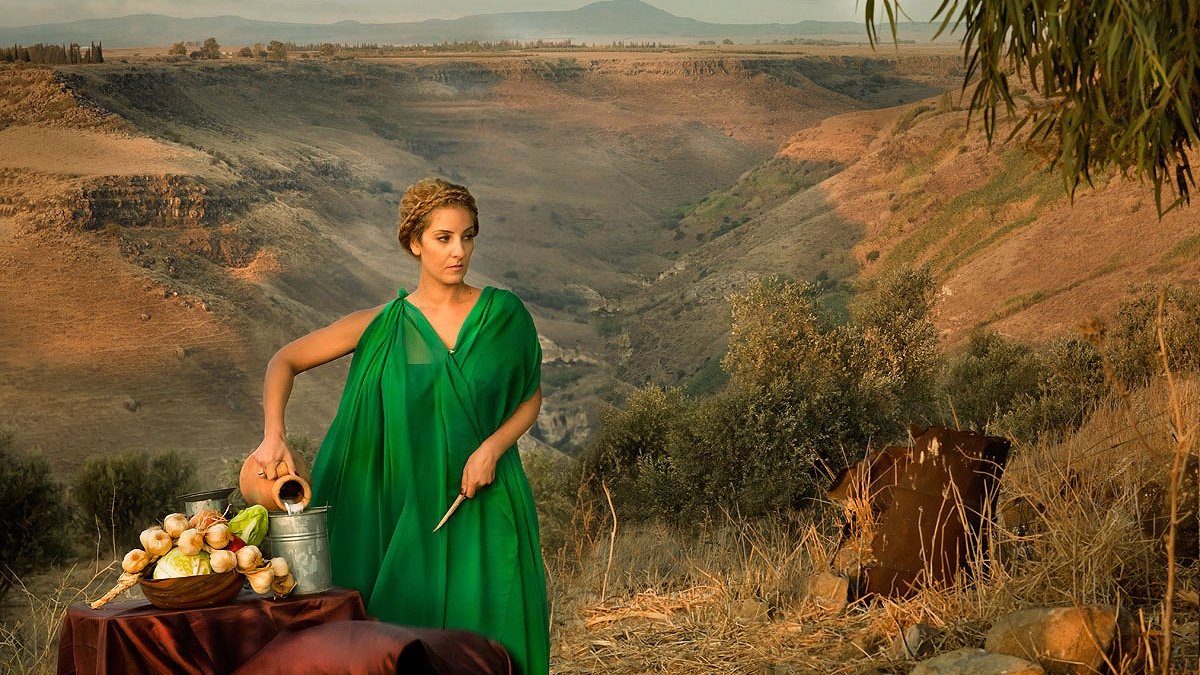 Perhaps the work of this creative new artist and her fascinating look at the women of the Bible are best summarized with another quote from Professor Yair Zakowitz:

“I must express my deep appreciation to Dikla for her work of art, for her beautiful joining together of the multi-generational parade of biblical commentators and preachers, for her expressive photographs, which breathe life into the ancient stories, a new spirit.”

Taking the time to immerse oneself in each one of these extraordinary pictures will create unending opportunities for creative family talks about the characters and the stories behind the photographs, as well as personal times of reflection and devotion to the truths they reveal.

‘King Bibi’ Sees No End to His Reign