Israeli Chef Serves Up A Modern Mediterranean Menu in LA

Yoav Schverd, former winner of the Israeli version of ‘The Bachelorette,’ now owns Nua in Beverly Hills, featuring his best-loved tastes from home.

Israeli chef Yoav Schverd is slightly irritated when I ask him to name A-listers who come by his LA restaurant, even though it’s a predictable question.

Nua, which opened a year and a half ago, is smack dab in Beverly Hills turf for power lunches, retail therapy and beauty treatments.

The see and be seen crowd are, it seems, not a priority for Schverd, who moved to Los Angeles in 2016.

“What I really want is for guests at the restaurant to be happy and enjoy the experience,” he says.

This spirit is also noticeable on the Nua menu, which lists first courses as “Shareables” (a concept similar to mezzetim at restaurants in Israel).

He wants diners to “experience as many flavors as possible, and not just order the salmon and salad they are going to have three more times that week anyway.”

The choice ranges from Hummus Masabacha (hummus topped with chickpeas, a boiled egg and tahini) to cauliflower florets tossed with tahini and parsley, falafel balls, or charred eggplants drizzled with date syrup and salsa. 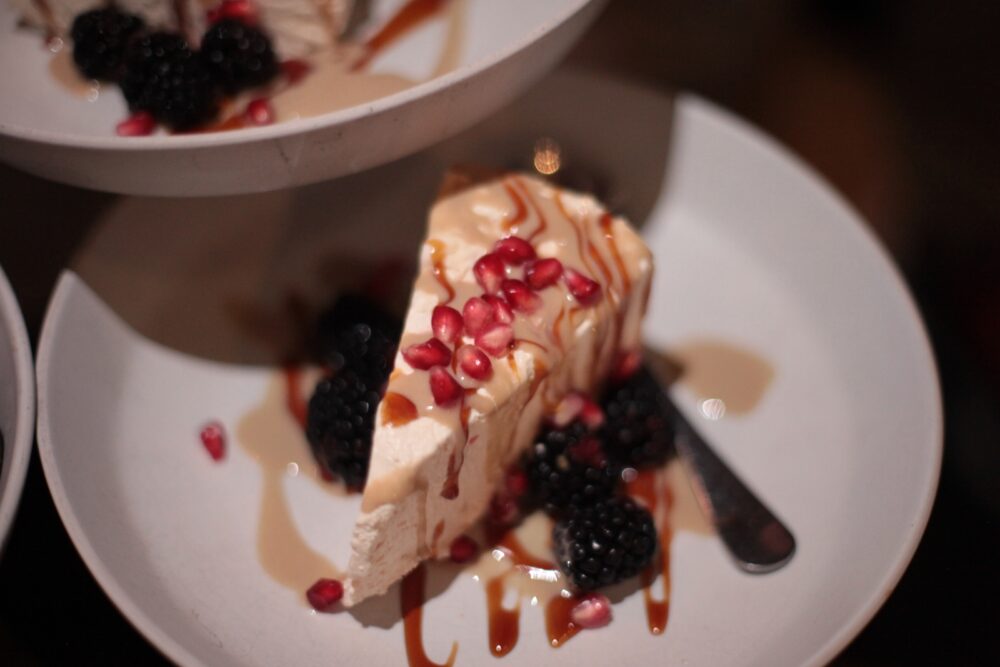 The spirit of sharing is also evident in the communal Shabbat dinners held every Friday night in Nua’s leafy courtyard. Everyone gets a free shot of arak, there’s Israeli wine and the traditional challah is made in-house (updated with various stuffings).

Schverd passes around torn-off chunks of the traditional bread rather than slices, because that’s how it was done at the table of his close-knit family in Rishon LeZion. 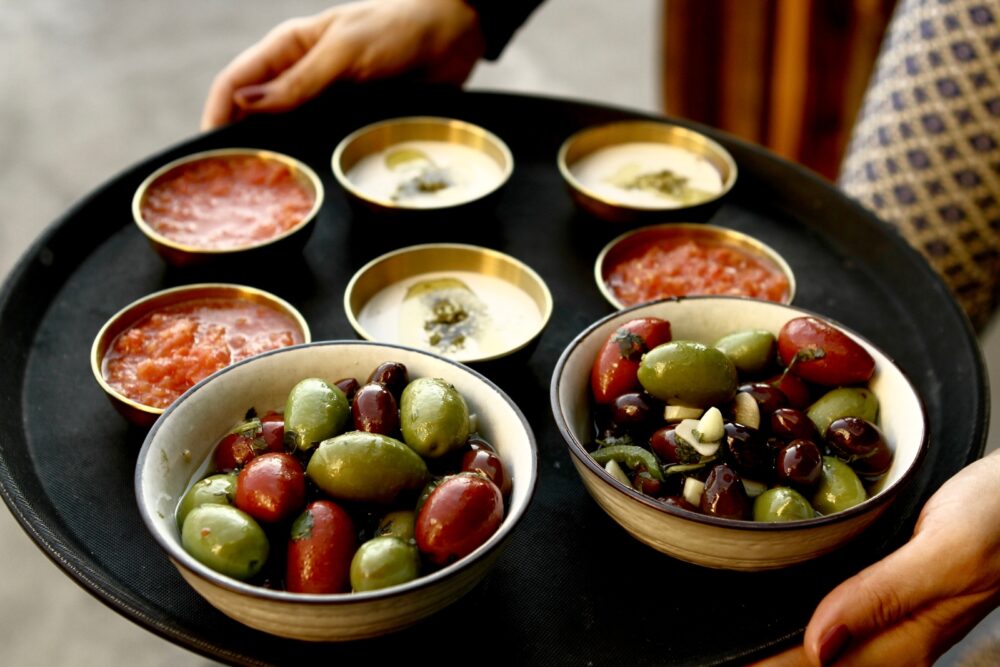 The 45-year-old chef is always pleased to witness the interactions that happen naturally when people, often strangers, get together around these communal tables.

“Every week there is a story happening here. Whether its singles who meet their match or people who get tears in their eyes from eating a real Shabbat dinner that reminds them of their childhood,” he tells ISRAEL21c.

“And it’s not only Israelis or Jews. Last week there was a guy from Beirut who hung out with me. I love to think that when he gets home, he will remember having a shot of arak and eating challah with an Israeli chef.”

Schverd, who knows Segal since the days she helped the talented self-taught chef with stints in Tel Aviv’s best restaurants, admits how excited he was to bring Tel Aviv to LA.

“It’s not as if we have an Israeli flag outside the restaurant, but it’s who we are, and it was amazing to celebrate and share this.” 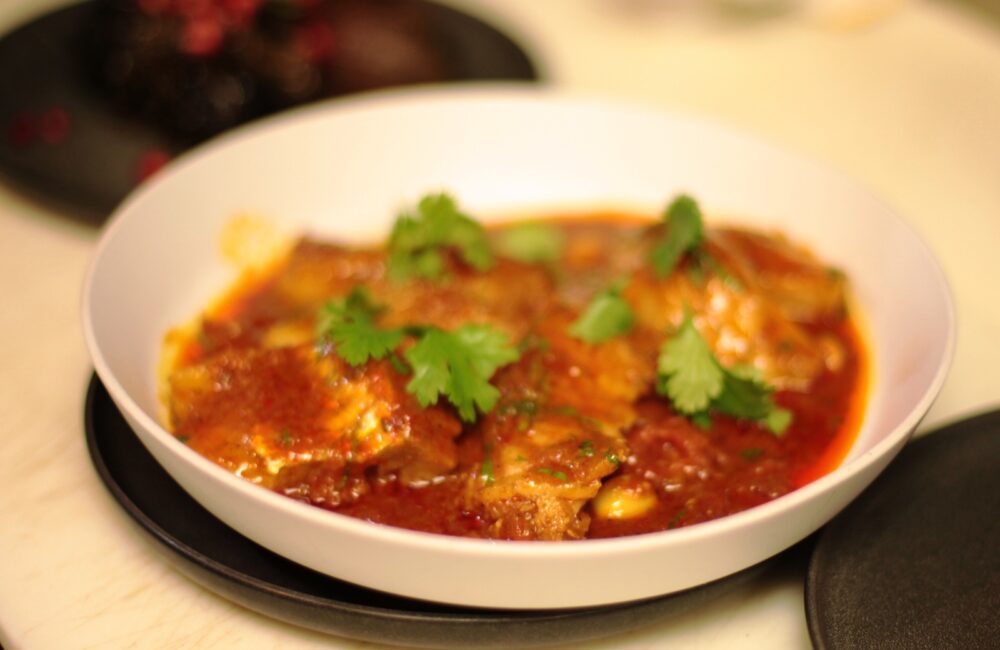 On the much-debated subject of how Israeli-style food should be branded, Schverd says he chose to call the Nua menu “modern Mediterranean” rather than “new Israeli cuisine.”

“I prefer to acknowledge its roots. The zhug we serve with the Arayes (ground beef and tahini in a pita) is Yemenite, the Borekas Sabic (puff pastry with potatoes, eggplant, tomato, pickles, shredded egg and tahini) is what Iraqi Jews used to eat every Saturday morning. Shakshuka is served all over the Middle East. It’s a real melting pot.” His own family roots lie in Hungary and Poland.

Décor at Nua is eclectic and has retro touches in keeping with the historic Sonder Crescent hotel it’s located in.

The boutique hotel was once, in the 1920s, an apartment building housing stars of the silent movie era. Schverd and Ronnie Benarie, his Israeli-born (New York-raised) business partner in Nua, chose pink and rose gold accents in the furnishings. A retro drinks cabinet sits alongside a large black-and-white portrait of Audrey Hepburn. 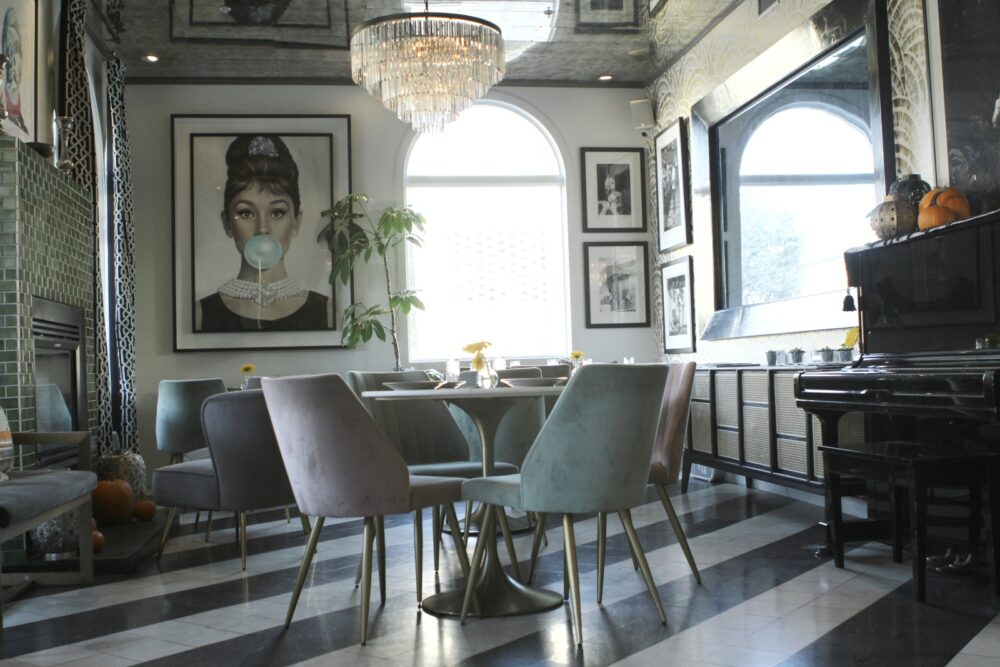 Then there are the ethnic touches: two tall blue Moroccan-style planters at the entrance to the restaurant from the patio, and large tagines used to serve the food on Friday nights.

The name of the restaurant was also the joint idea of the two partners. Nua comes from the Hebrew word for movement, t’nuah, which could well be seen as a fitting theme for the chef’s lifestyle.

Schverd seems constantly in motion as he juggles the demands of his busy restaurant and his private chef business with spending time with his wife, Tal, and their two young children.

As a private chef, Schverd’s philosophy is to go with what the client wants, “no ego involved.” This finds him cooking a clean food menu one day and a heavy holiday meal another. 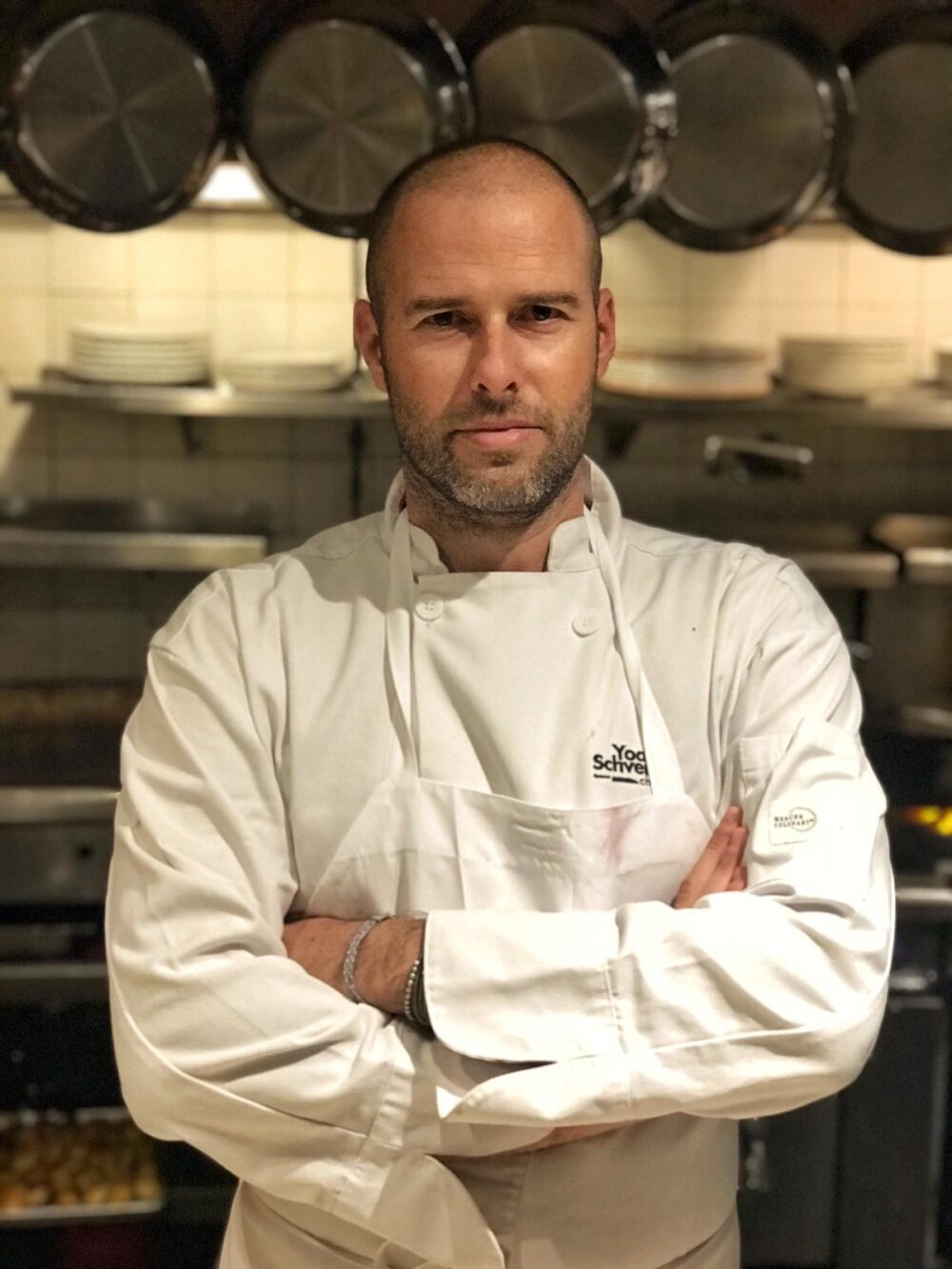 One of his meals was auctioned at a Beverly Hills charity event for $22,000.

A Thanksgiving menu in his early days in LA was a huge challenge, he admits.

“The first year I knew nothing about what food was served on the holiday, so I spent at least six hours watching cooking demos on You Tube. Now I’ve got it covered — roast turkey, gravy, cranberry sauce.”

In his native Israel, Schverd achieved fame as THE bachelor chosen on the 2003 reality TV show “Take Me Sharon” (the Israeli version of “The Bachelorette”).

Today, his best moments when he comes back to Israel are not interviews or being recognized on the street but to enjoy family time and then go straight to Jaffa, where he used to fish with his dad as a child.

No fancy restaurants on the agenda, just eating “the best skewers in the world” at a shawarma joint he’s been going to for years and then up the road “to the guy with the best Turkish coffee.”