An extremely rare 2,000-year-old coin that was stolen and smuggled out of Israel 20 years ago, was finally returned to Israel on Monday after a two-decade transcontinental intelligence operation by Israeli and New York authorities.

The coin, a quarter shekel made of silver from 69CE is one of only four known in the world and was minted by Jewish rebels in the Great Revolt against the Roman Empire almost 2,000 years ago.

It was first unearthed in 2002 amongst a hoard of coins found in the Elah Valley by Palestinian antiquity looters, and the Israel Antiquities Authority (IAA) has been looking for it ever since.

Over the next two decades, the coin passed through illegal antiquities markets in Israel, Jordan and the United Kingdom. 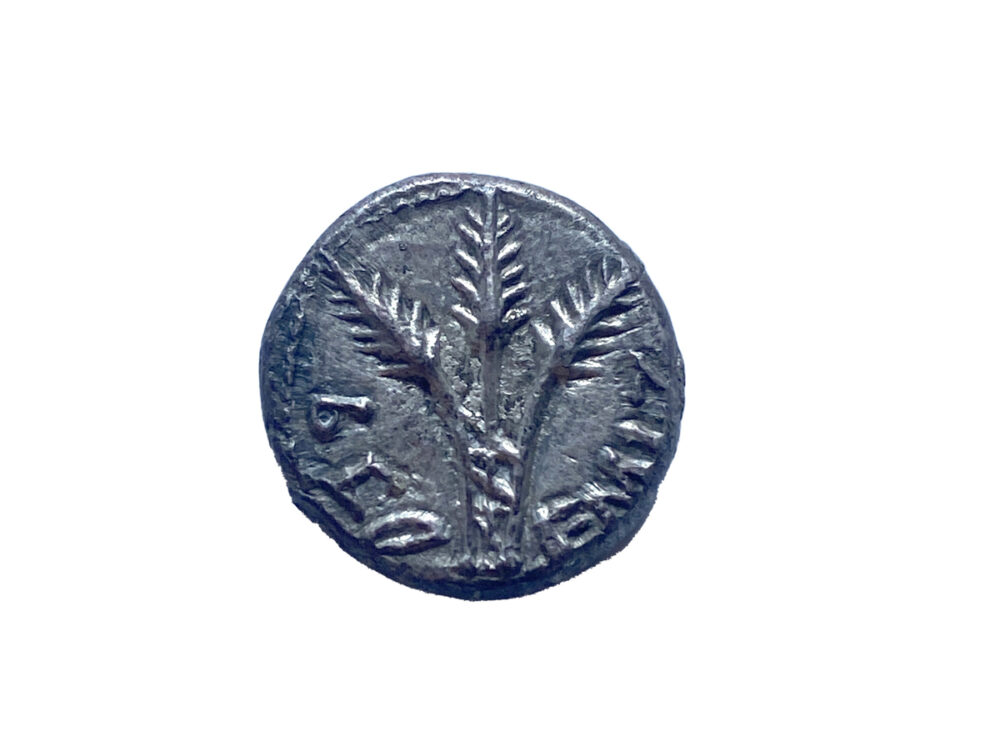 In London, false provenance papers were prepared to export the quarter shekel to the US, where it was offered for sale at the Heritage Auction’s World Coins & Ancient Coins Signature Auction scheduled for August 3, 2017, in Denver, Colorado.

Earlier this year, the case was passed to Colonel Matthew Bogdanos, Chief of the Manhattan District Attorney’s Office’s Antiquities Trafficking Unit (ATU) who, working closely with the IAA, developed sufficient evidence to execute a seizure warrant for the coin and received a court order repatriating the coin to Israel.

It was returned to Israel on Monday in a ceremony at the office of the Manhattan District Attorney, in the presence of The director of the Israel Antiquities Authority Eli Eskozido, Consul General of Israel in New York Asaf Zamir, The Israeli Ambassador to the UN, Gilad Erdan, The Manhattan District Attorney, Mr. Alvin Bragg, and Homeland Security Deputy Special Agent in Charge, Mr. Mike Alfoso.

“The minting of silver coins by the leaders of the Great Revolt was a declaration of independence by the Jews in the land of Israel, a statement against the mighty empire that stood before them,” said Ilan Hadad, archaeologist and inspector in charge of commerce at the Antiquities Theft Prevention Unit (ATPU) of the Israel Antiquities Authority.

“Many of the rebels’ silver coins were struck over imperial silver coins, covering the emperor’s face with Jewish motifs. This gave the coin a much greater symbolic value than the monetary value of the coin itself,” he added. A statement against the Roman Empire. On one side of the coin are three date palms with an accompanying inscription. Photo courtesy of the Israel Antiquities Authority

This is the first time that quarter shekel coins from the fourth year of the revolt have been found in situ in an archeological excavation.

One similar coin was acquired in the 1930s by the British Museum, and about three more unofficially circulate in the antiquities black market and among various collectors.

At the ceremony, Bogdanos said: “Today’s repatriation to Israel of this extraordinary coin represents a cherished piece of history finally going home. But it also represents an equally extraordinary partnership between New York’s Antiquities Trafficking Unit and the Israeli Antiquities Authority. It is a partnership that should be used as a model in recovering pillaged cultural heritage around the world.”

“This is a historic achievement for Israel and for the preservation of its cultural heritage assets, as this is only the second time they were ever looted and smuggled out of Israel that they were returned to the state,” said IAA Director Eli Eskosido.

“This is the beginning of a very positive and important trend for the restoration of cultural heritage assets,” he added.