What sectors will be disruptive and actionable in the coming year? Experts share predictions and name Israeli firms advancing these fields.

“Top 10 Tech Trends for 2020, and Beyond” was one of the most packed plenary sessions at the OurCrowd Global Investor Summit, held February 13 at the Jerusalem International Convention Center.

The largest tech event in the Middle East and the biggest business event in Israel’s history, this year’s summit attracted 23,000 registrants from 183 countries, including 22 Arab or Muslim nations. Over the course of the day, 231 Israeli and international experts spoke at 34 sessions.

OurCrowd, the largest global venture investing platform, has been ranked “Most active venture investor in Israel” by Pitchbook for the past two years.

At the opening session, OurCrowd CEO Jon Medved told delegates he believes that “Together we can make this next decade a truly Roaring Twenties.” 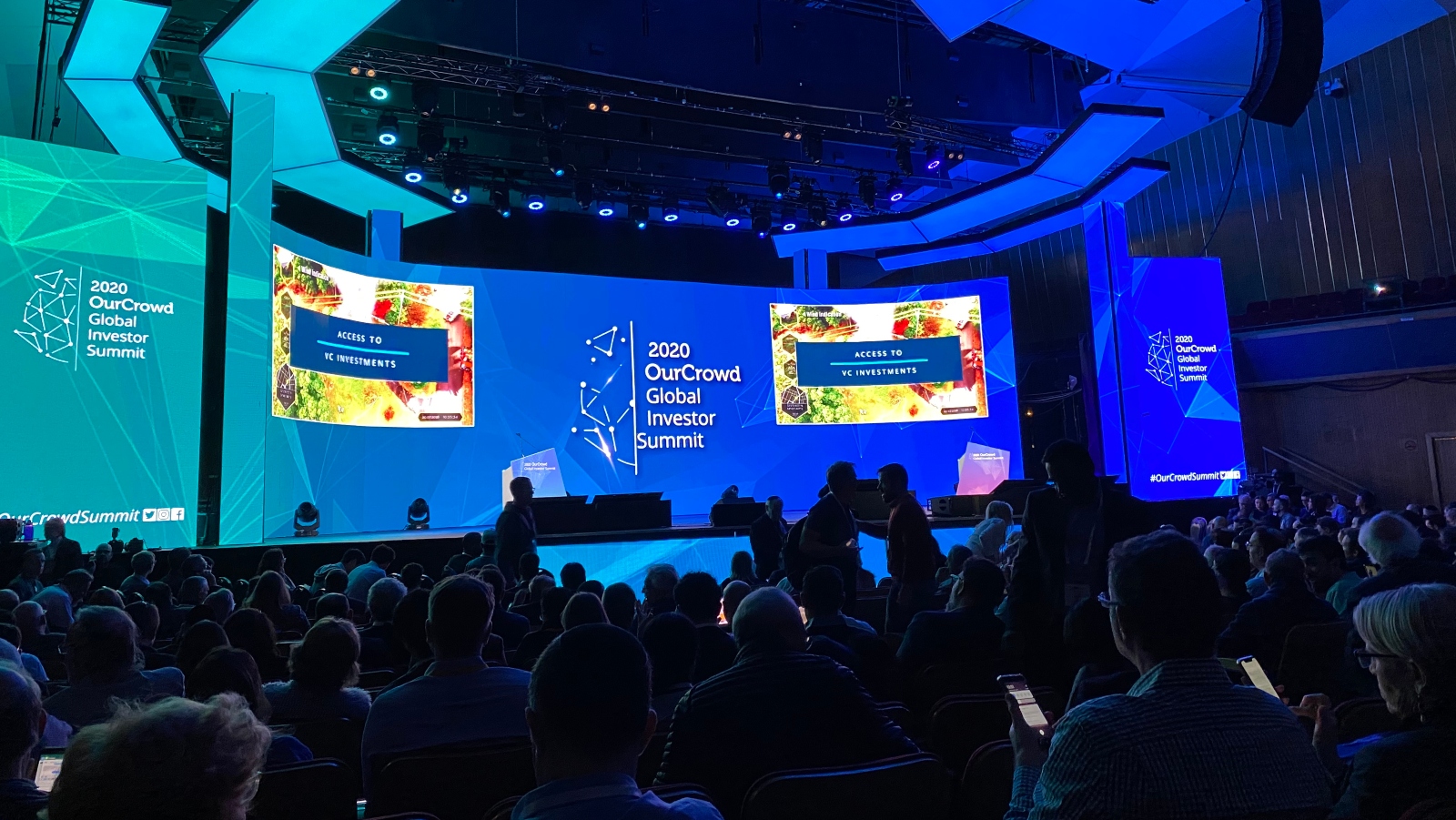 So, without further ado, here are trends to expect in the coming years.

Global demand for meat and seafood is at an all-time high. Negative environmental impact, overfishing and animal suffering has increased as meat production has grown five-fold in the last six years.

“Supply cannot keep up in a sustainable way,” said Nir.

Israeli startups leading this field: Aleph Farms is one of several Israeli startups working toward the commercialization of cultivated meat and seafood made in bioreactors using animal cells.

“They’re growing steaks that look and taste as if they originated in a cow,” said Nir.

The human brain has been evolving for millions of years. Machines have been around for only about 200 years. The new field of brain-computer (or brain-machine) interface explores how the brain can communicate with an external device. Elon Musk’s Neuralink, for example, is developing implantable brain–machine interfaces.

Israeli startups leading this field: CorrActions is developing a plug-and-play SaaS (software as a service) platform to prevent disastrous human-machine interface errors noninvasively. The software decodes the brain’s early error-detection signals and human touch. It translates these signals into actions that prevent error in real time, faster than the body receives those signals.

Just two years ago, most analysts predicted widescale deployment of autonomous vehicles by the middle of the decade. Since then, the technical challenges involved have moved out the timeline considerably. Passenger and pedestrian safety is among the biggest hurdles to overcome.

Israeli startups leading this field: Companies such as Cartica and Brodmann17 are innovating AI technology that can bridge the safety gap until full vehicle autonomy is reached. Viziblezone is focused on protecting pedestrians by harnessing the power of smartphone location sensors.

Moore’s “law” is a prediction from 1965 that processor speeds would double every two years. This prediction was accurate for several decades and guided the semiconductor industry, said Erez.

“However, artificial intelligence has accelerated faster than the development of traditional processors since 2012, doubling every three and a half months.”

The Dark Web is the part of the Internet that cannot be indexed by search engines such as Google. This hidden world is a hotspot for illegal activity including drugs, human trafficking and fake IDs. It has also become the preferred location for hackers to orchestrate and plant cyberattacks.

Israeli startups leading this field: Sixgill (which just raised $15 million in a second funding round) automatically searches the Dark Web for any sign of cyberthreat and provide real-time actionable intelligence to the customer.

“Everything that can be automated will be automated,” said Erez. “The early adopters of this trend will be software developers. They are already starting to use low-code or no-code tools. The no-code market is expected to reach $52 billion by 2024.”

Recent advances in computer vision and AI have created a growing wave of health-tech companies aiming to improve our lives and protect us against illness.

Robots in the Fourth Industrial Revolution will have to work with one another and with people as a team. Collaborative robotics is therefore the new realm in the emerging robotics market.

Innovation is being applied to both new and old materials. The Super Bowl used easy-to-recycle aluminum instead of plastic for drinks. Boeing introduced a new plane with 3D-printed turbine blades. Nissan developed a new acoustic metal material to make vehicles quieter.

Israeli startups leading this field: SolCold is developing a high-tech paint to cool buildings while being heated by sunlight. Materials Zone is working on aggregating, normalizing and sharing material science tests to help companies get the most out of their R&D efforts.

At the beginning of 2019, IBM announced IBM Q, its first-ever circuit-based commercial quantum computer. Two weeks ago, Google and IBM stated that in less than five years, quantum computers would be able to break the encryption we use today. Google estimates that there are only 800 people around the world with the knowhow to build quantum systems.

Israeli startups leading this field: QuantLR is protecting the next generation of networks with secure, low-cost quantum cryptology for transmitting highly sensitive data.