A look at the latest Israeli advances in preventing, diagnosing and treating the progressive and incurable brain disorder.

Alzheimer’s disease (AD) is the most common cause of the 9.9 million new cases of dementia diagnosed each year worldwide. The disease primarily strikes the elderly population, affecting 30 percent of those over age of 85.

AD impacts memory, thinking and language skills, and even the ability to carry out simple tasks.

The disease occurs when a protein called amyloid beta aggregates in brain tissues. These protein clumps kill nerve cells, leading to damage in the brain-function mechanisms.

Here are 10 examples of promising Israeli approaches reported within the past two years alone.

Various genetic, lifestyle and environmental factors can put a person at risk for AD. Among them are diabetes, high blood pressure, obesity, smoking, depression, cognitive inactivity or low education, and physical inactivity.

Preventing the onset of AD is the focus of these approaches: 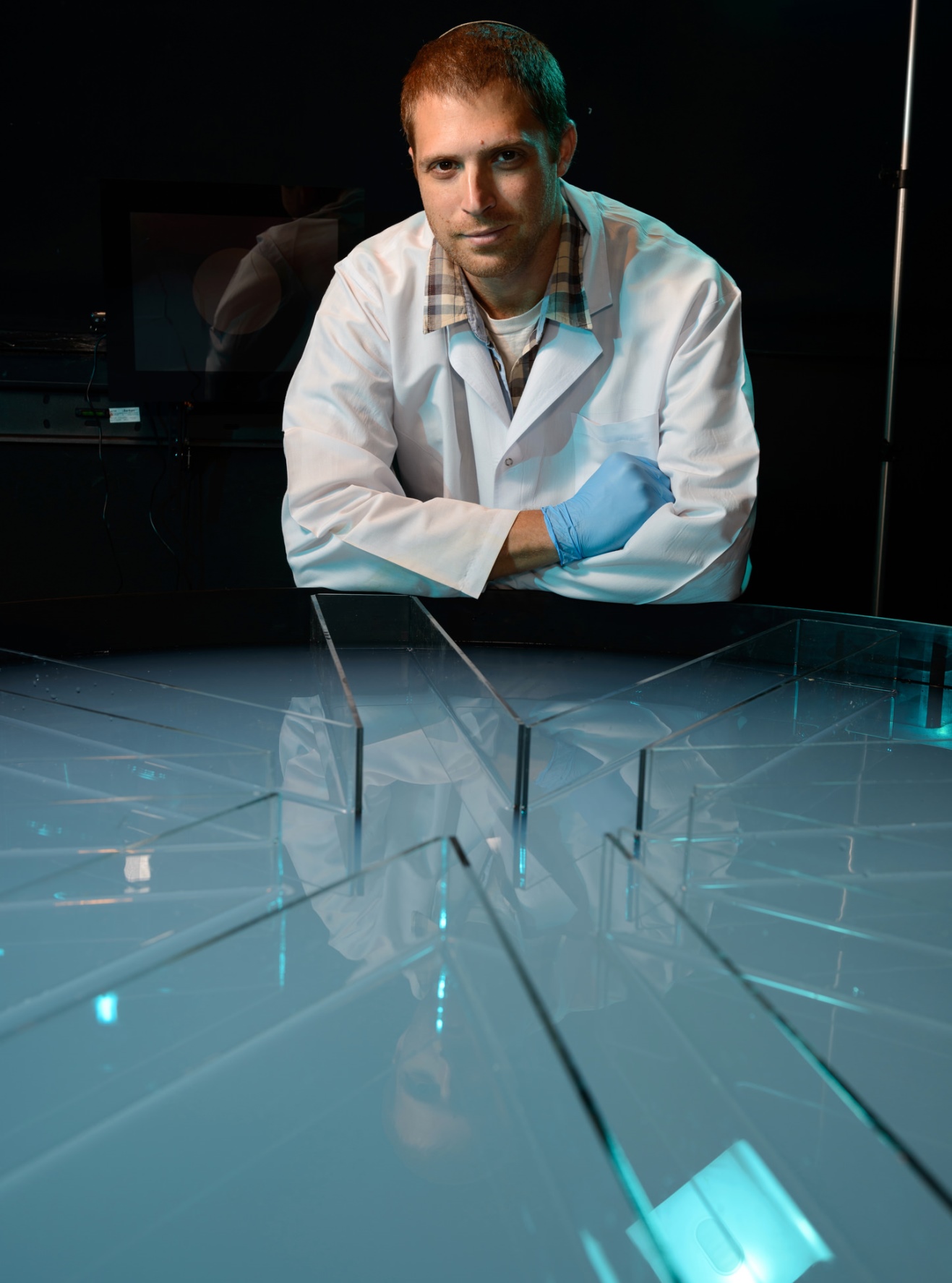 Most vaccines work by mounting an immune response toward a weakened pathogen to boost the immune system’s ability to fight the real pathogen.

Okun’s approach primes the body to attack amyloid beta protein clumps in the brain, the signature sign of AD.

Following experiments on mice, Okun is preparing for human trials on people at known risk of developing the disease in their 50s or younger: those genetically inclined toward Alzheimer’s and people with Down syndrome.

“These critical trials will determine whether the vaccine actually works in humans,” said Okun. “Depending on the success rate and side effects from [human] testing, we will be able to know how much more time is needed to make the vaccine available on a global scale.” 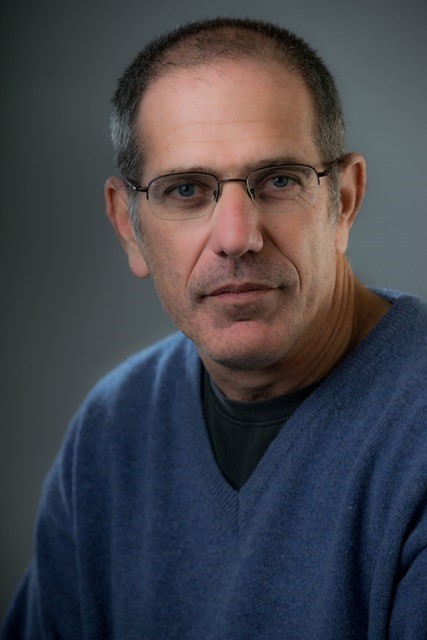 Introduced by BGN Technologies of Ben-Gurion University of the Negev, the novel therapy hinges on the fact that a malfunctioning BBB allows neurotoxic blood products to enter the brain and cause damage leading to neurological diseases.

The lab of Prof. Alon Friedman discovered that treating the BBB at early stages can protect the brain and prevent disease development.

Their proposed treatment would combine Memantine and Losartan, which have been shown in preclinical studies to protect the integrity of the BBB when administered together. Partners are being sought to continue development. 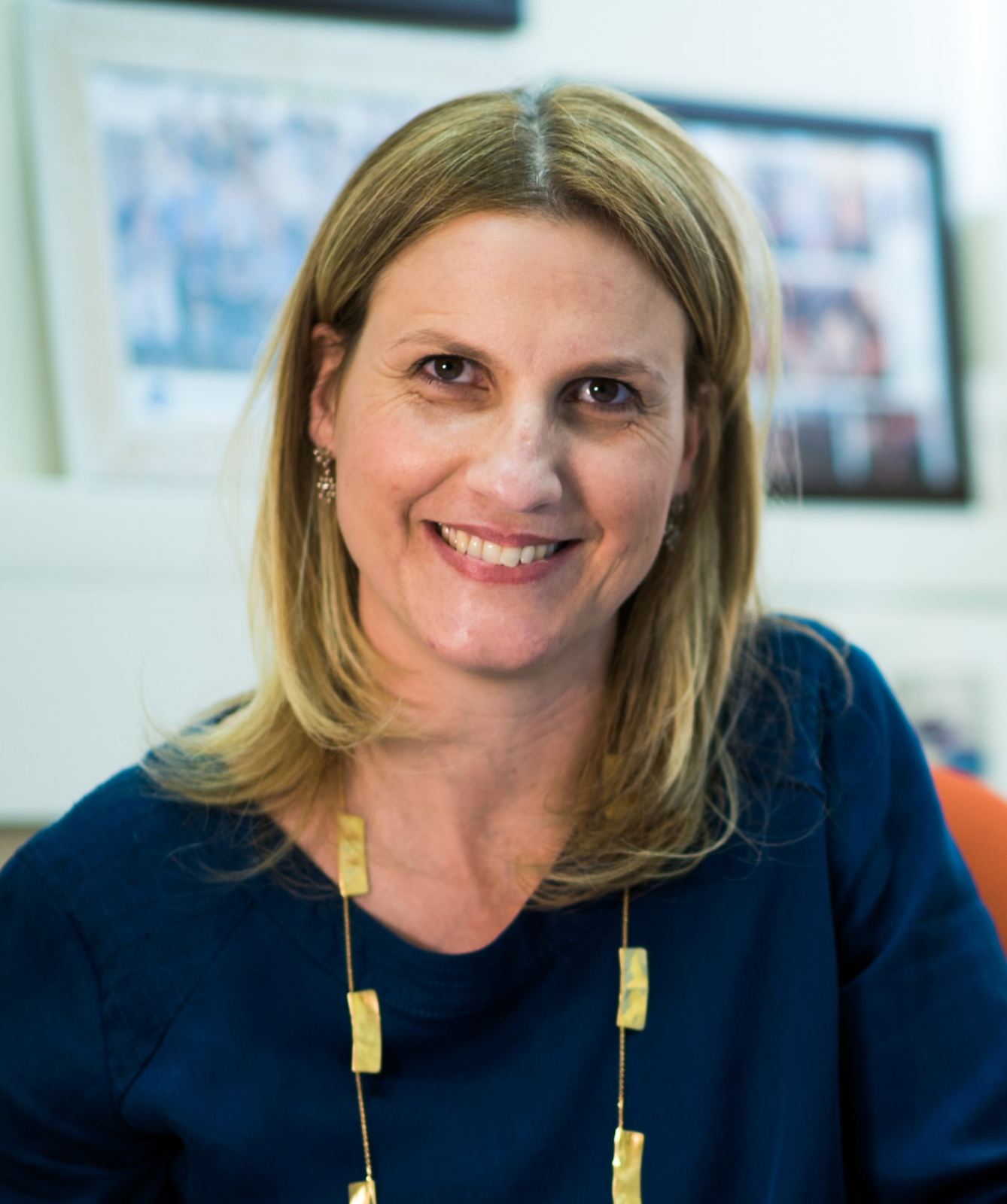 They reported on this advance in a recent cover story of the journal Small.

Nanoscale silicon chips invented in Prof. Ester Segal’s lab allow for the direct insertion of neural growth factor protein into the brain and its gradual release into the target tissue, bypassing the BBB (see above). Afterward delivering all the therapeutic protein loaded onto them, the chips safely dissolve.

“In a series of experiments, we showed in mice that the two ways of delivering the platform into the brain led to the desired result,” said Technion doctoral student Michal Rosenberg.

“Our technology has also been tested in a cellular model of Alzheimer’s disease and indeed, the protein release has led to rescuing the nerve cells.”

PET scans and spinal taps are now the gold standard for diagnosing AD. They’re both expensive and carry risks.

Cheaper, noninvasive tests being developed in Israel also could be critical in providing a much earlier diagnosis, when treatment would be most effective.

That’s because the same beta-amyloid proteins that clump in the brain of AD patients appear in the retina of the eyes up to 15 years before the onset of AD symptoms.

RetiSpec developed the retinal scanner at the Ontario Brain Institute in Canada. Clinical studies are ongoing in Israel and Canada.

“This could allow doctors to compare brain scans taken over time from the same patient, and to differentiate between healthy and diseased brain tissue, without resorting to invasive or dangerous procedures such as brain tissue biopsies,” explained lead researcher Dr. Aviv Mezer.

Clara is based on a relatively recent understanding that AD affects the brain’s “orientation system” before it affects memory.

“The overlap between how the self is oriented to the world and the brain mechanisms that are disturbed by Alzheimer’s disease is astonishing.”

Clara asks patients questions about themselves and their relationships to people, places and events. It then compares that information to a baseline and generates a computer-based test tailored for the individual that can diagnose very early Alzheimer’s. 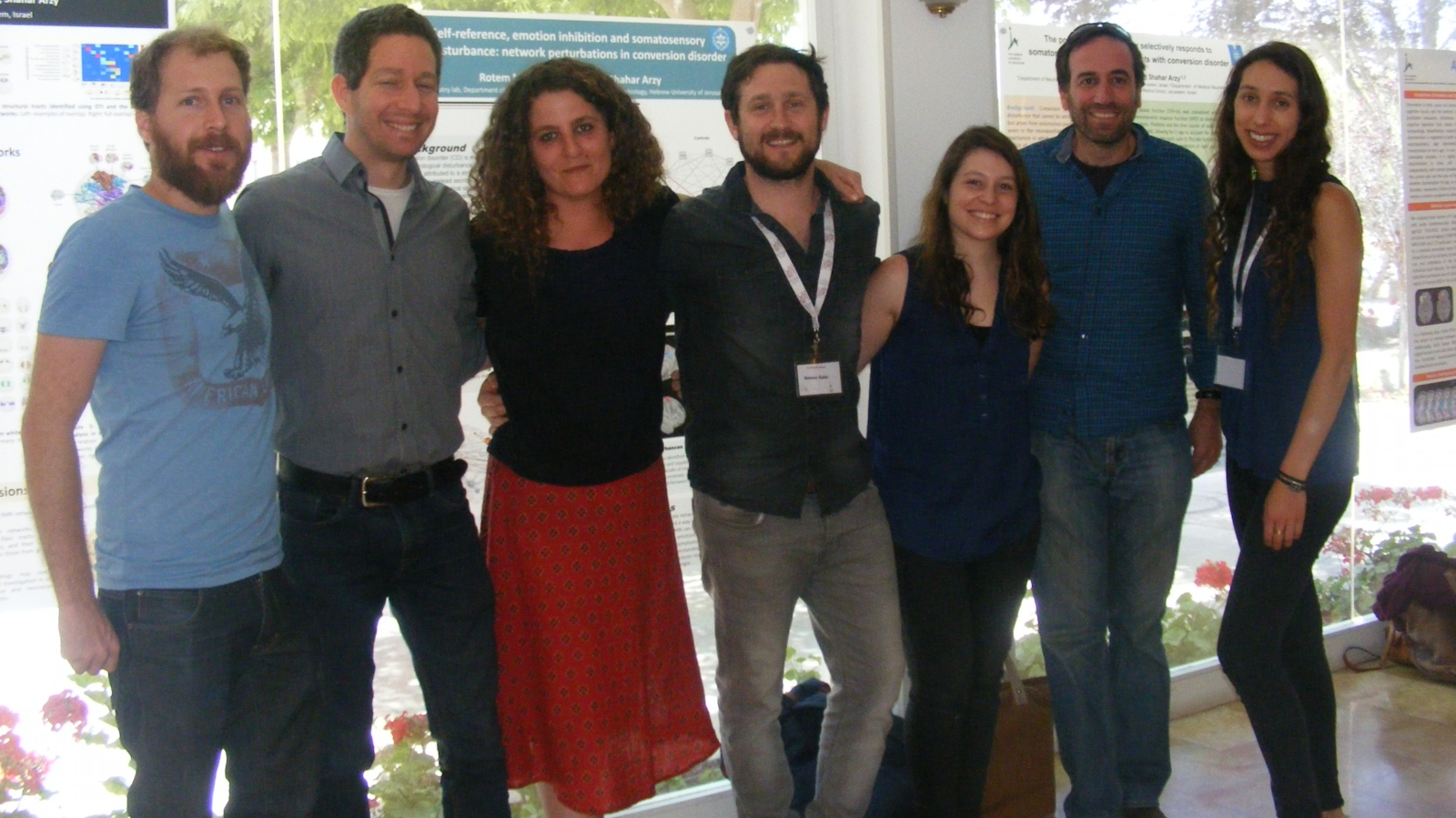 According to a study Arzy’s team published in the Proceedings of the National Academy of Sciences and in the American Psychological Association’s journal Neuropsychology, Clara is 95 percent accurate.

Clara is now in the midst of a five-year test at Harvard to compare data generated by the system with data from AD markers taken via amyloid PET scan, quantitative and functional MRI and other neuropsychological tests.

Jaul and Oded Meiron (a cognitive neuroscientist who heads the Electrophysiology and Neuro-cognition Lab in Herzog’s Clinical Research Center for Brain Sciences) published an article in the Journal of Alzheimer’s Disease outlining their discovery of the link between the two conditions.

The reason is that the abnormal changes in the brain that lead to dementia are happening in other parts of the body, including the skin. Skin tissue and brain tissue derive from the same embryonic stem cells.

Jaul and Meiron are working with an American company to develop a test to identify a biomarker for abnormal cell density in the skin of dementia patients. They hope that this skin test could pinpoint an individual’s type and stage of dementia. The biomarkers show the most promise in identifying AD, they say.

A variety of approved medications for AD – including Exelon, developed in Israel — cannot cure or stop the progression of the disease. They only relieve or delay AD symptoms, such as memory loss and confusion.

Breathing in pure oxygen in a pressurized room or chamber stimulates the release of growth factors and stem cells, which promote healing.

“This revolutionary treatment for Alzheimer’s disease uses a hyperbaric oxygen chamber, which has been shown in the past to be extremely effective in treating wounds that were slow to heal,” said lead researcher Prof. Uri Ashery.

Ashery’s group tested the therapy on a mouse model of Alzheimer’s disease. The treatment was found to reduce behavioral deficiencies compared to control mice.

Remarkably, the treatment also reduced plaque pathology and neuroinflammation in the test mice by about 40 percent.

Further research will investigate the underlying mechanisms of the therapy and evaluate its beneficial effects in Alzheimer patients. 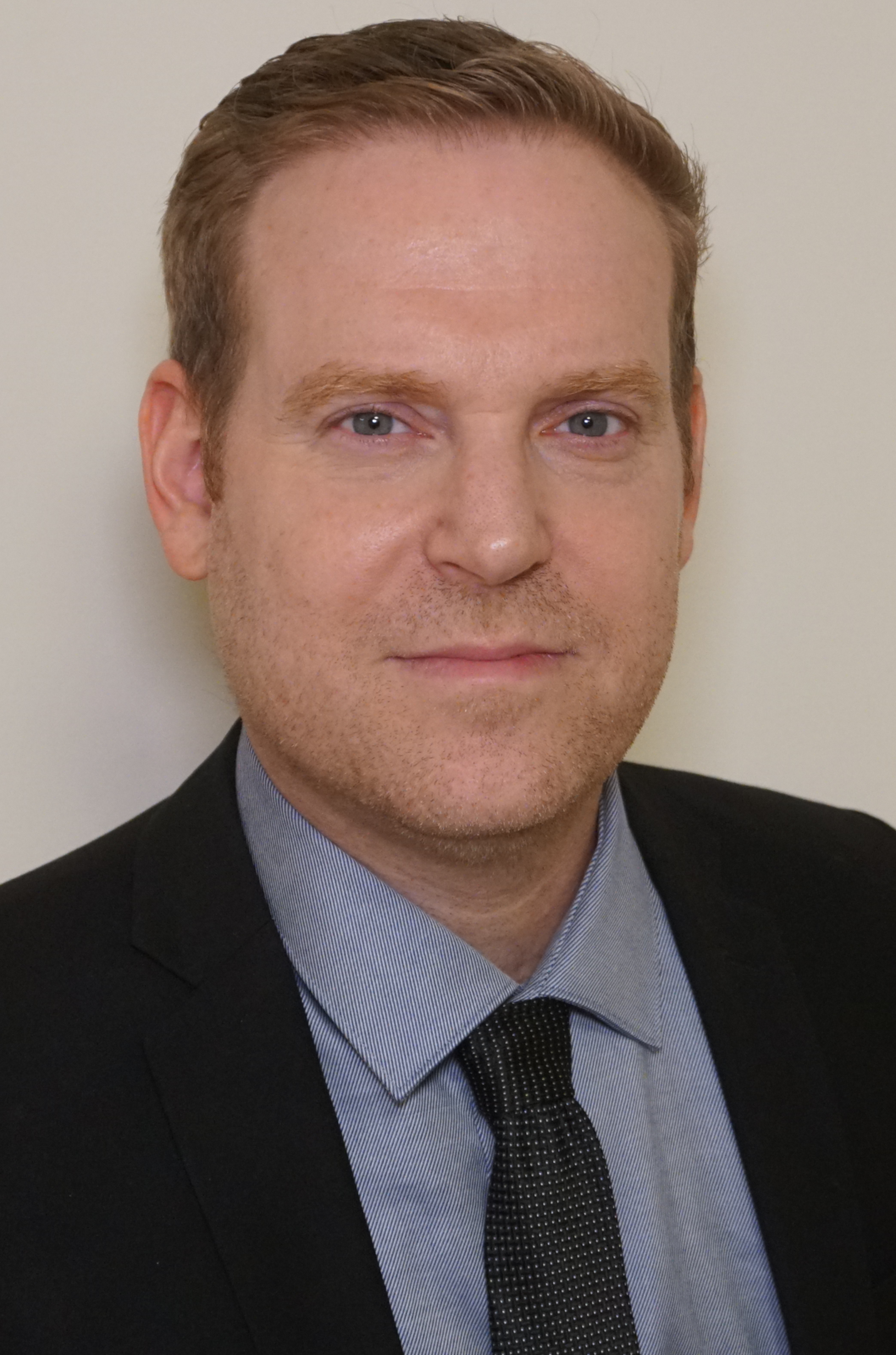 Incubated at FutuRx in Ness Ziona, ProteKt was spun out of PKR kinase inhibitor research by University of Haifa Prof. Kobi Rosenblum. Inhibition of the enzyme PKR is a unique idea for improving memory consolidation.

Protein aggregation tends to increase with age and can lead to neurodegeneration because proteins “can adopt an erroneous configuration, where they’re misfolded,” explains Prof. Martin Kupiec.

The paper he and his colleagues published in Molecular Cell describes how removing glucose from a particular aggregated protein made the blob dissolve.

If the results can be replicated in more complex proteins, scientists will have a new research avenue toward treatments that could reverse the neurodegenerative effect of protein aggregates, Kupiec says.