You’re in the Holy Land and you want to experience it through the eyes of your ancestors. In Israel, modern as it may be, you can hardly take a step without remembering the connection between the land and its ancient peoples. And why shouldn’t you?

The following biblical and living history experiences are simply too informative, surprisingly innovative, and meaningful to let you forget. Go ahead and remember, role-play and connect with the past.

The 625-acre Neot Kedumim biblical nature and landscape reserve in the Modi’in area displays the flora and landscapes that existed here during biblical times, according to ancient texts.

Costumed “villagers” demonstrate how our ancestors in the time of the Bible lived off the land, fully utilizing the medicinal herbs, olives trees, and other plants to live a full and healthy life.

Recreating ancient recipes found in the Bible and other religious texts, the park offers biblical cooking and foraging experiences, as well as lessons in perfume, spice preparation, pita making, and more. Together with ancient agricultural installations, the site presents ancient daily life in a way that can be understood fully by the modern traveler.

The park is located off Route 443 between Jerusalem and Tel Aviv, 10 minutes from Ben-Gurion Airport. 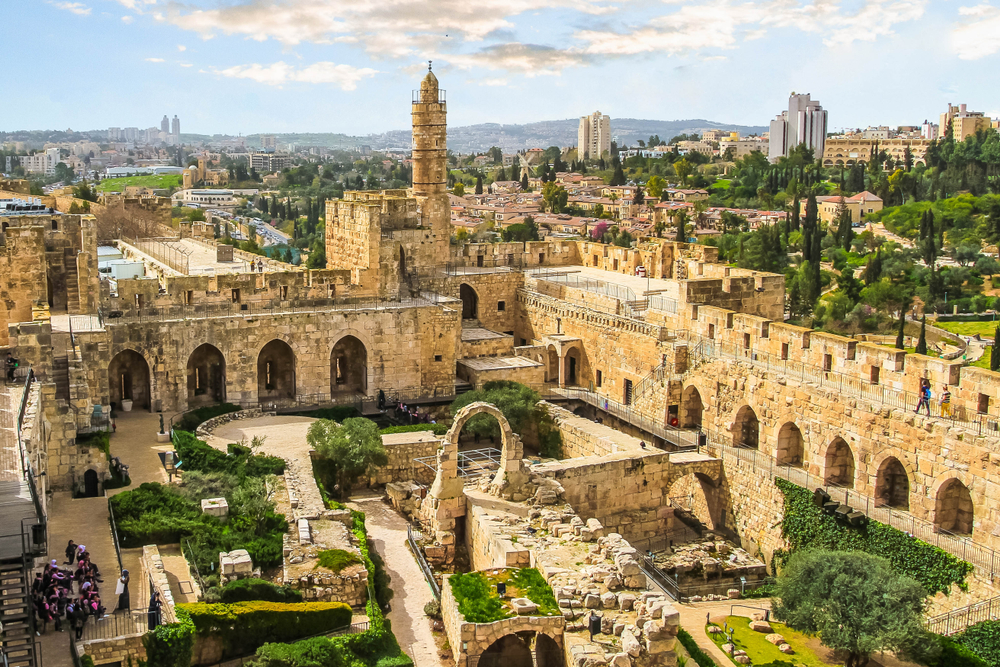 The ancient citadel at the Tower of David in Jerusalem. Photo via Shutterstock

Israel’s first virtual reality tour, the Tower of David’s Step into History is a self-guided tour of the Old City of Jerusalem that starts in the Tower of David Museum and extends outwards to include the Roman Cardo and other points of significance in the Jewish Quarter.

Available in Hebrew and English, the tour utilizes personal virtual-reality headsets to relay little known historical information along the way. You’ll get a full picture of how Jerusalem looked some 2,000 years ago under Herod’s reign, before the destruction of the Second Temple.

The museum is located near Jaffa Gate.

Unfolding like a theater production, the show details the story of Masada through dual perspectives via acting, song, and dance, as well as interactive light and pyrotechnic effects that ring out into the night against the backdrop of the mountain fortress.

Telling the story of the site, and the battle that ensued between the Roman soldiers and the zealot Jews who inhabited the abandoned Judean desert palace compound, this is a once-in-a-lifetime experience that can be viewed in several different languages via personal headset. Entrance is only from the Arad-Masada road. 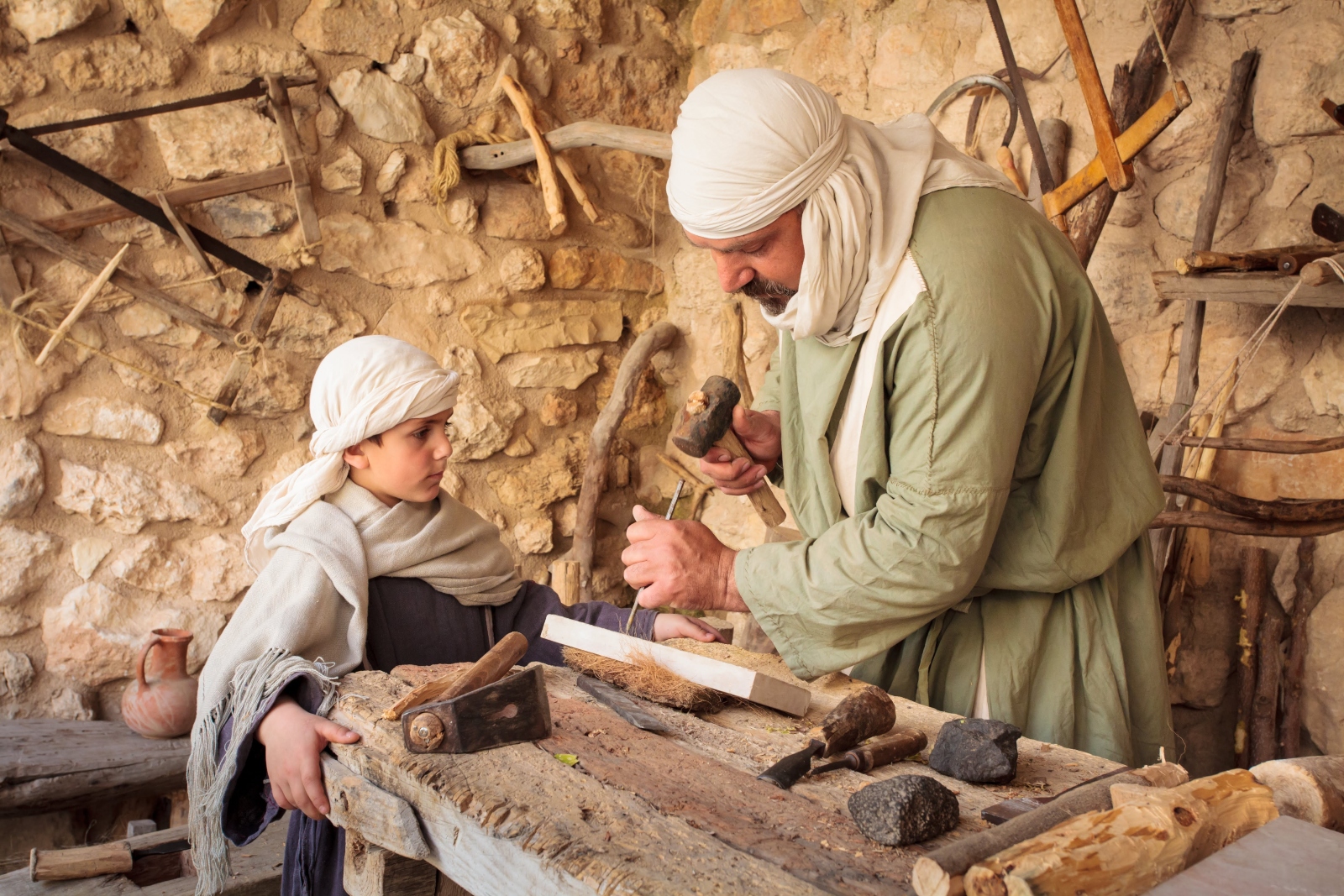 One of the living-history activities at Nazareth Village. Photo: courtesy

A living history village in the Galilean city where Jesus once walked, Nazareth Village lets visitors go back in time to the first century to witness firsthand daily life during this time period.

Of interest to Christians and history buffs alike, the site offers guided tours, authentic biblical meals, and reflective parable walks, as well as recreations of popular stories from the Gospels.

Goin the late summer to see grapes being pressed for wine, in the fall to see the olive harvest, or anytime to see villagers praying in the period synagogue, milking goats, and practicing their respective trades. 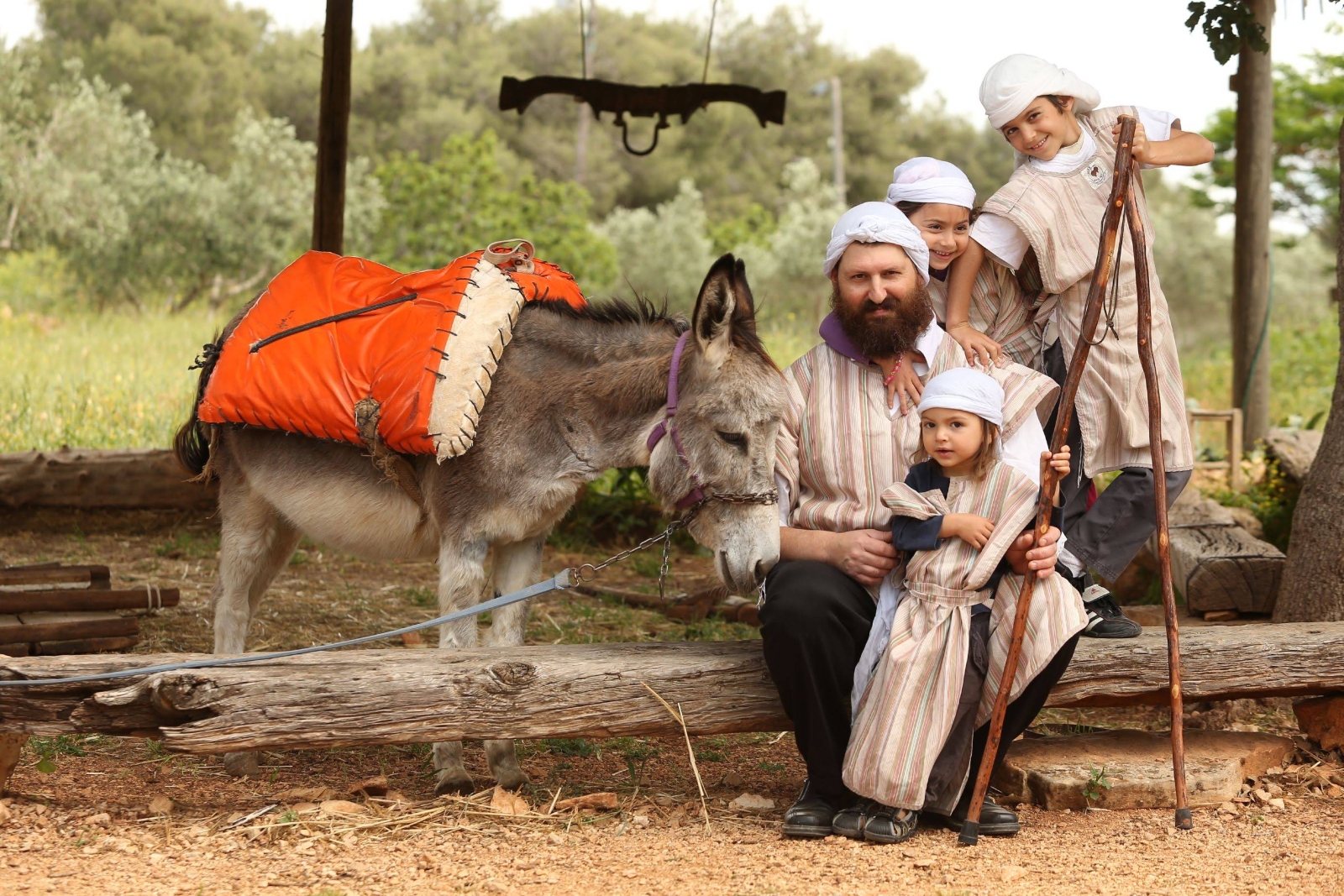 Another living history village, Kfar Kedem is set in the Galilean hills outside of Tzippori in the Orthodox Jewish community of Hoshaya.

There, in the location near where the Mishnah (an ancient text documenting oral laws) was inscribed, village actors dress in the traditional gear of ancient Galileans and demonstrate the everyday tasks of the ancient peoples who lived on the land.

Guests can also take guided tours where they dress in this ancient manner before lending a hand pressing olives and grapes, producing milk, wool, and bread. Other optional activities include riding a donkey and sleeping in a recreation of an ancient house.

The first interactive biblical-inspired hiking trail in Israel, the Sanhedrin Trail follows the path of the many locations and significant landmarks in the Lower Galilee where the ancient forum of Jewish sages and judges deliberated following the destruction of the Second Temple in 70 CE.

Stretching 70 kilometers across the Galilee from Beit Shearim National Park near the city of Tivon to Tiberias, the easy-to-walk hiking trail was unveiled on the eve of Israel’s 70th birthday is the first featuring a phone app to provide information, GPS-linked maps, videos, riddles, and images of archaeological reconstructions that can be viewed along the way.

The trail includes five separate sections that you can cover at once or over the course of five days. 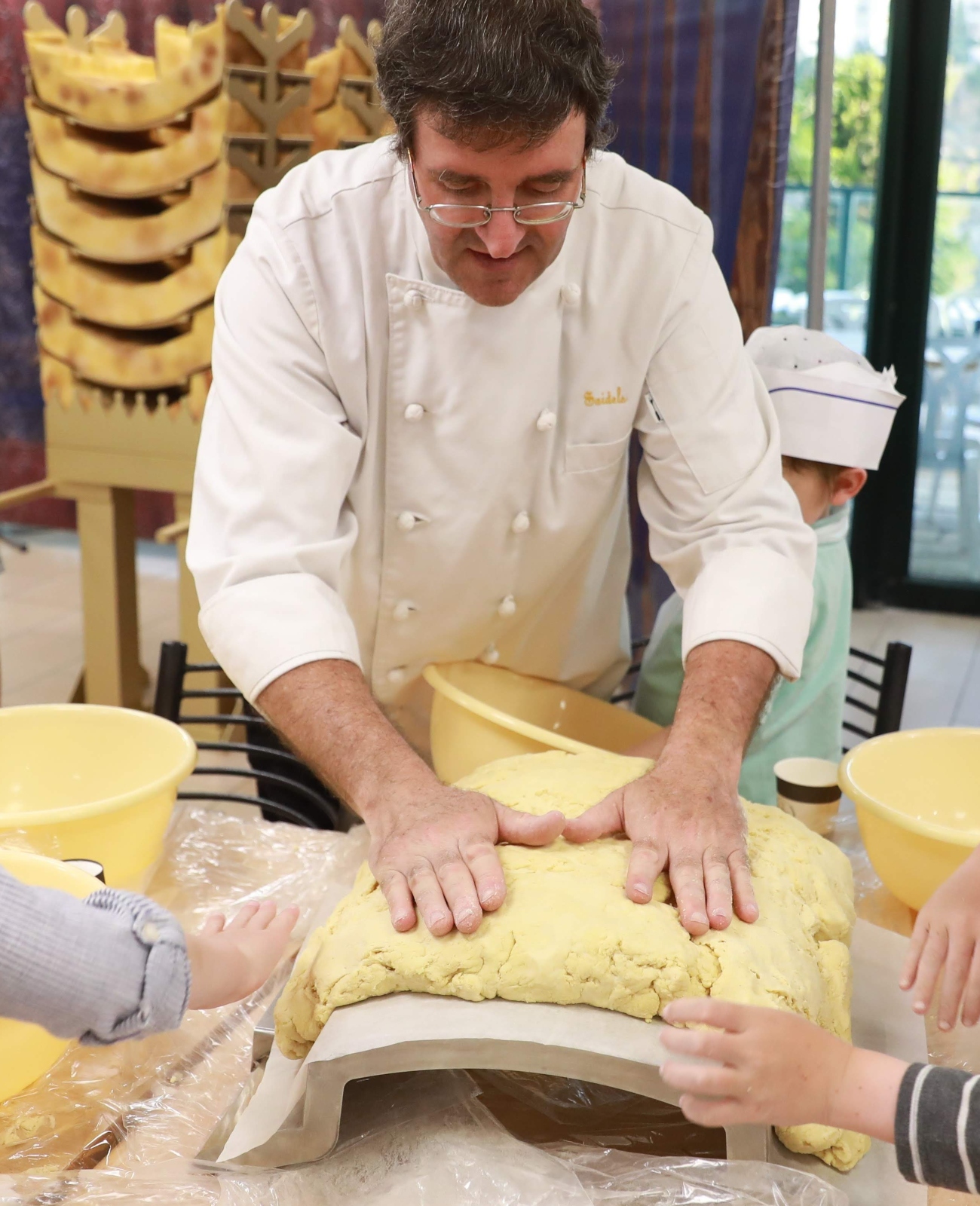 Demonstrating the rituals of the ancient Jewish high priests whose roles surprisingly included bread baking for religious offering, the Breads of the Beit Hamikdash baking workshop at Saidel’s Artisan Baking Institute shows a side of history not often seen or experienced in the modern world.

The hands-on experience starts with a virtual tour of the ancient Temple, followed by guided recreation of the ancient breads including explanations of their historical and symbolic significance, and of the special materials used in their creation.

Baked in the same fashion as they were 2,000-plus years ago, the freshly baked breads lead to a deeper understanding of ancient Jewish traditions. 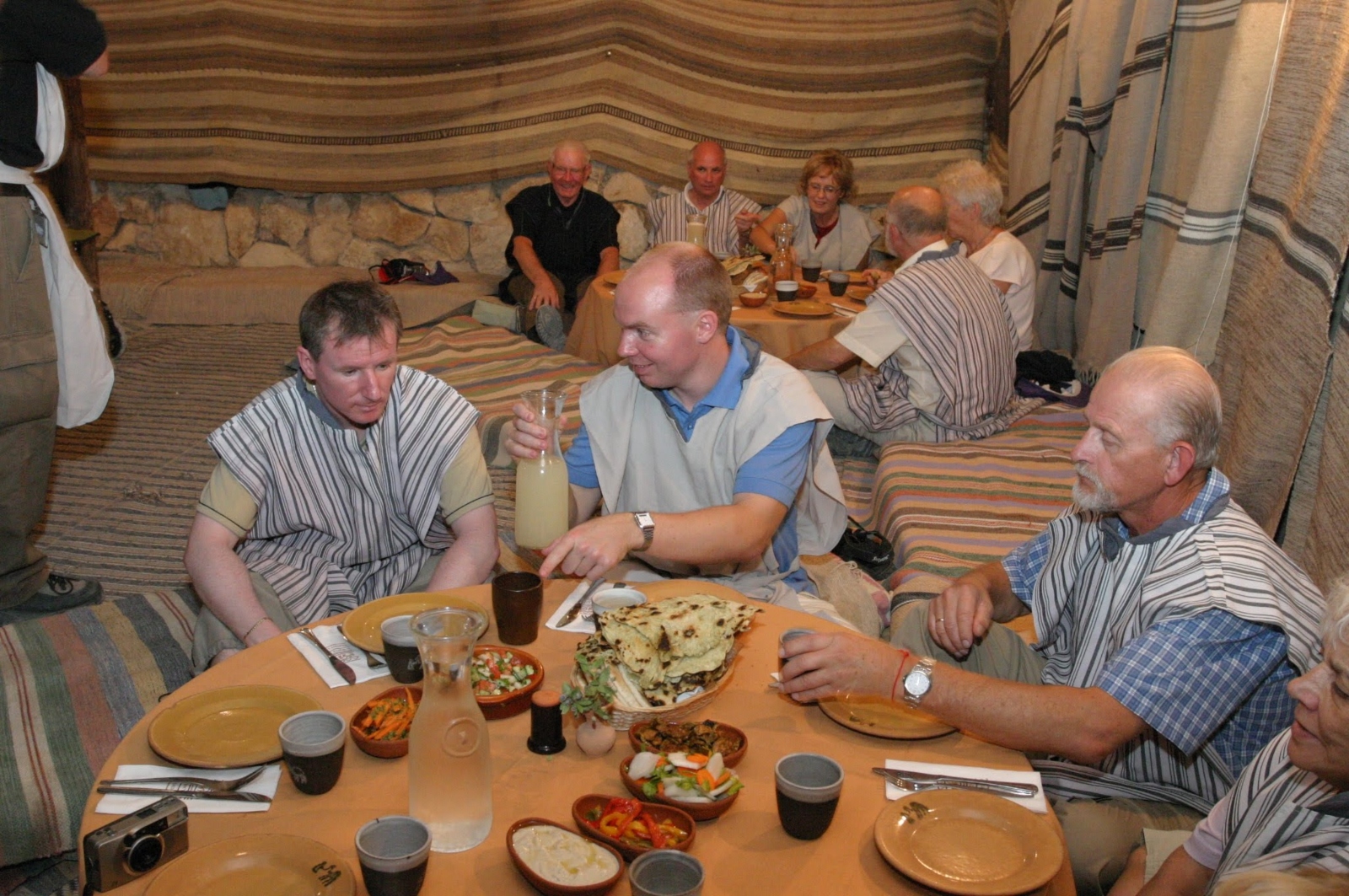 Set against the magical backdrop of the Judean Desert’s rolling mountains near the Dead Sea, Genesis Land swaps out what could easily be a hokey experience for a surprisingly meaningful one.

Visitors are escorted by the actors of the village by camel to Abraham’s tent, where they dine on date-honey chicken other freshly made local staples and enjoy a glass of hot tea.

A pita making workshop, feeding Abraham’s flock of sheep, or witnessing a biblical story come to life are just a few things that could also transpire while you are here, in an experience that accommodates both small and large groups.

Genesis Land is located just outside Jerusalem in Yishuv Alon. 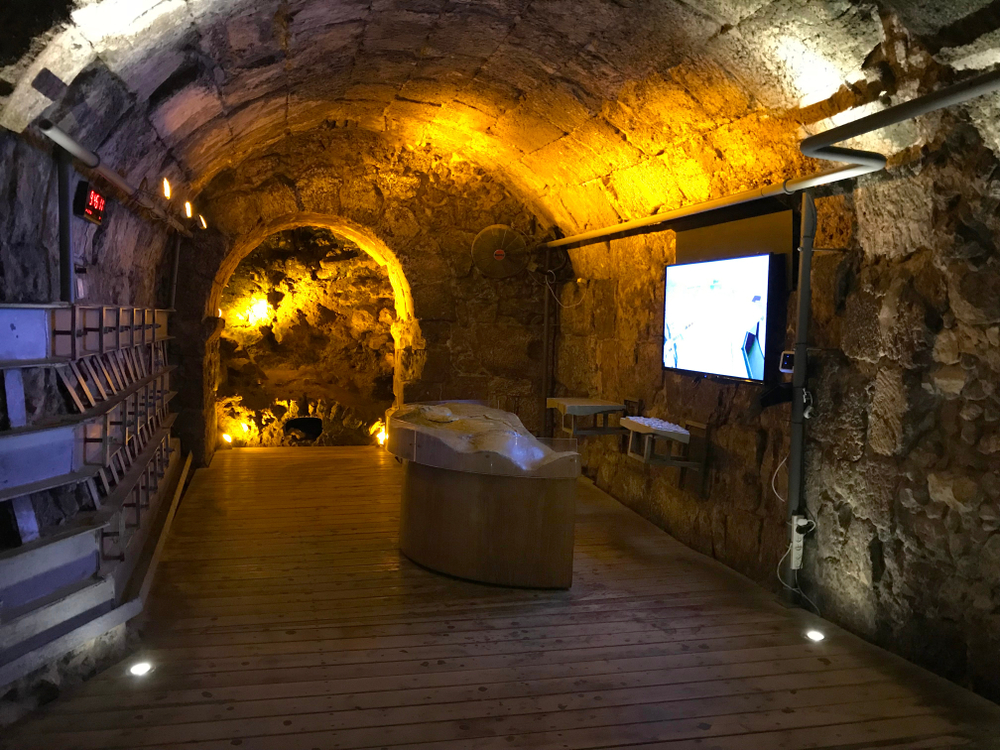 The Western Wall Tunnels in Jerusalem. Photo via Shutterstock

A must-do experience in Israel, the Western Wall Tunnels in the Old City of Jerusalem take you on a journey through the lighted ancient underground passageways and water reservoirs between the holy site and the ancient city of David.

Hiding a greater portion of the Western Wall than that found at the famous above-ground site, the tunnels also reveal the history behind how the Second Temple was built, what occurred when it was destroyed, and an explanation on what remains today.

You need to book a tour in advance to this eye-opening look into 2,000 years of history. 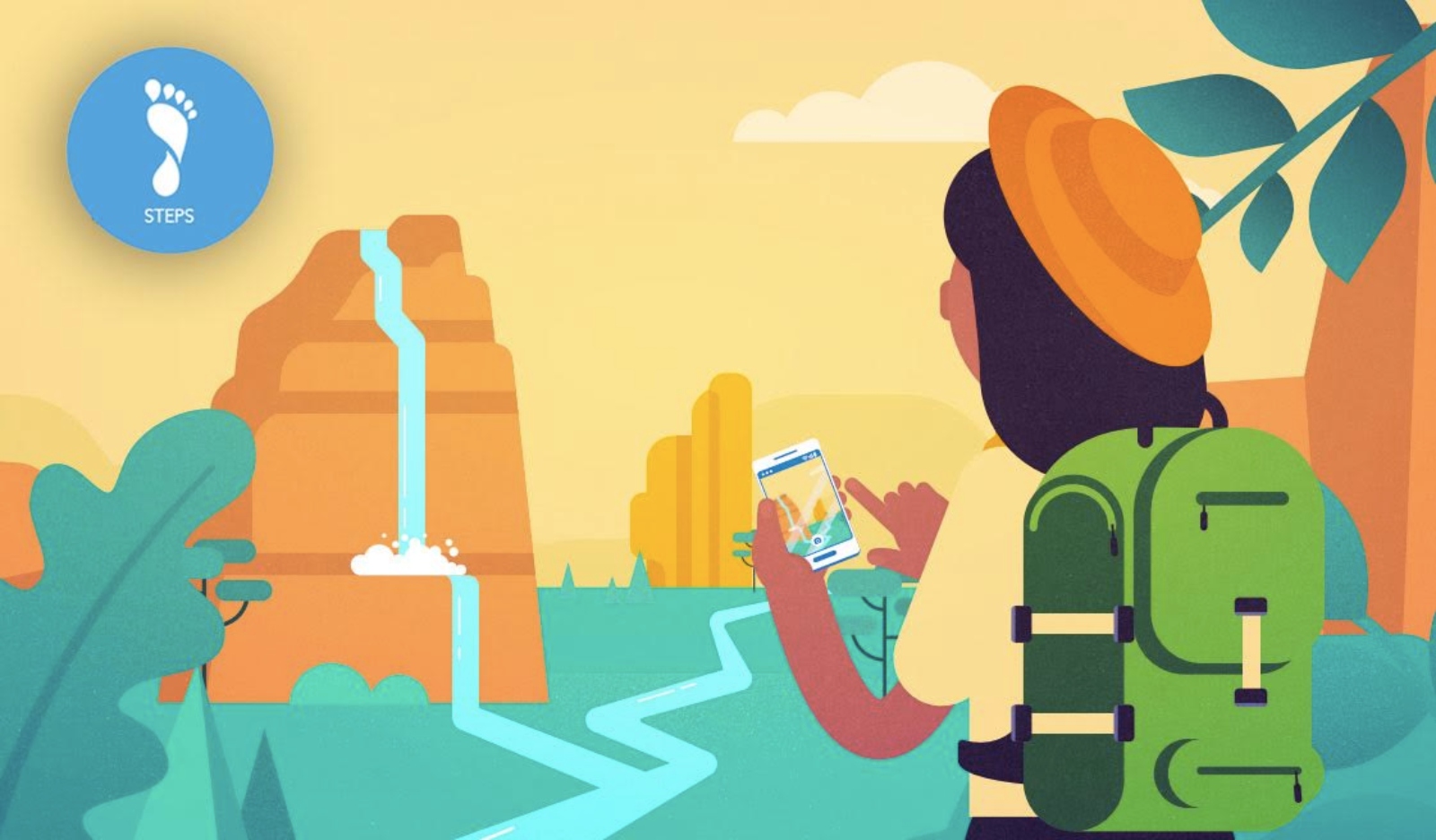 An Israel-based company that utilizes a community of users’ recommendations for interactive experiences mapped out using markers on Google Maps (scroll the map to find the spots), Steps app allows you to take advantage of the local user’s knowledge, be it for finding the best street food, hiking trails, or favorite bars.

You can use Steps to find Israel’s natural springs spread out throughout the country. Download the app to find the map under the Hebrew for “Springs Map”(the first item to appear when you search for the term “Springs”).

Manmade or naturally occurring, natural springs were used by our ancestors as freshwater sources, bathing pools, and mikvehs, and are pieces of living history that connect us to the past. Plus, they can be a godsend when traveling around in the hot climate. 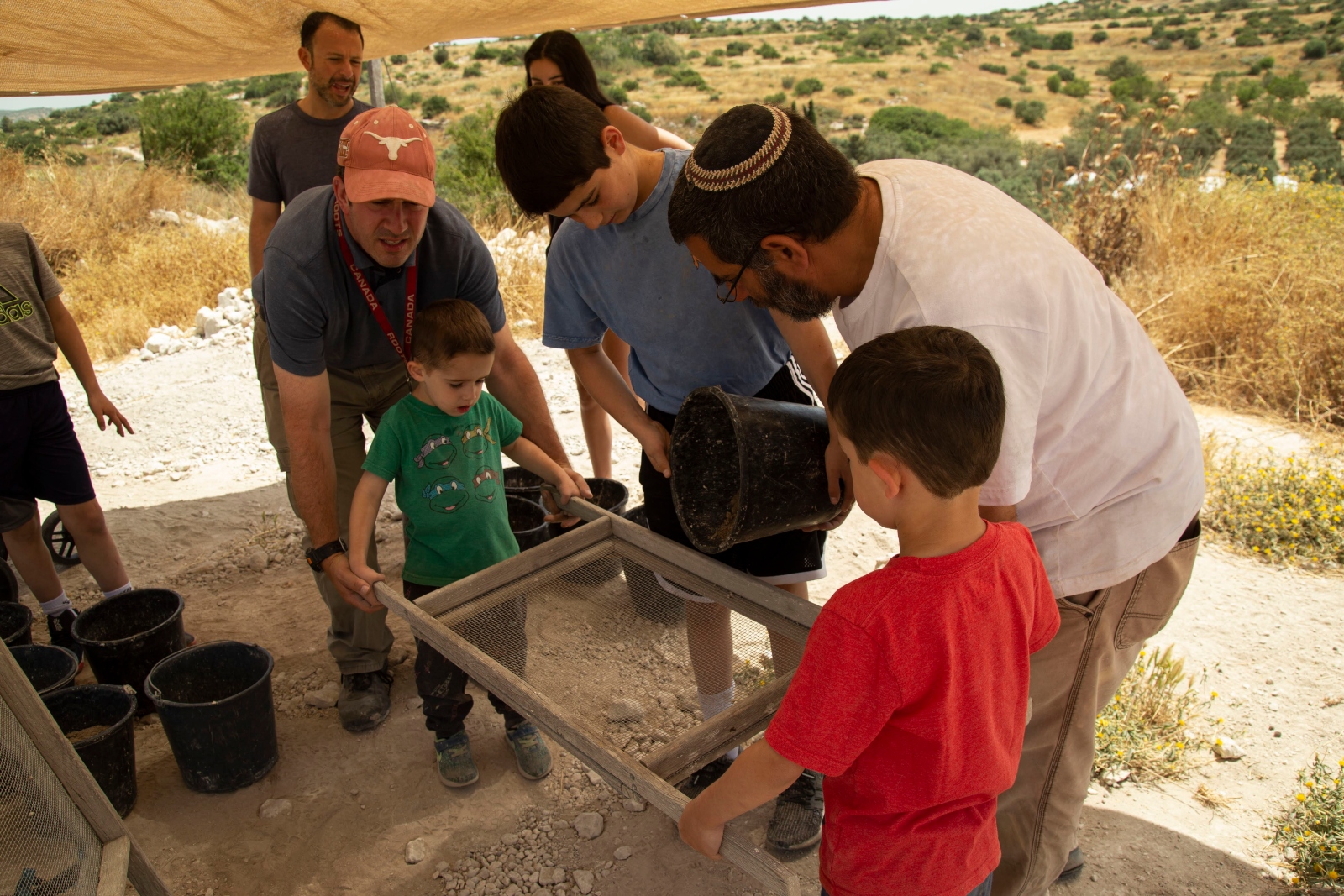 Below ground at Beit Guvrin-Maresha National Park near Beit Shemesh, Dig for a Day lets visitors participate in an active archeological excavation of a site from the time of the Maccabees.

Participants dig through and sift the material in the ancient caves, before examining displays of significant and rare shards at the site’s pottery shed. You’ll also travel through the unexcavated caves and ancient sites of what was once a flourishing biblical city.