Home Culture 9 unforgettable photos of the historic city of Akko

9 unforgettable photos of the historic city of Akko

You’ve done it all: trawled through Jerusalem, marveled at the sunrise from Masada and admired the ruins in Caesarea. But have you checked out the Old City of Acre?

Acre (Akko) doesn’t usually spring to mind when thinking of the top spots to visit in Israel, but as these stunning photos show, it most definitely should. 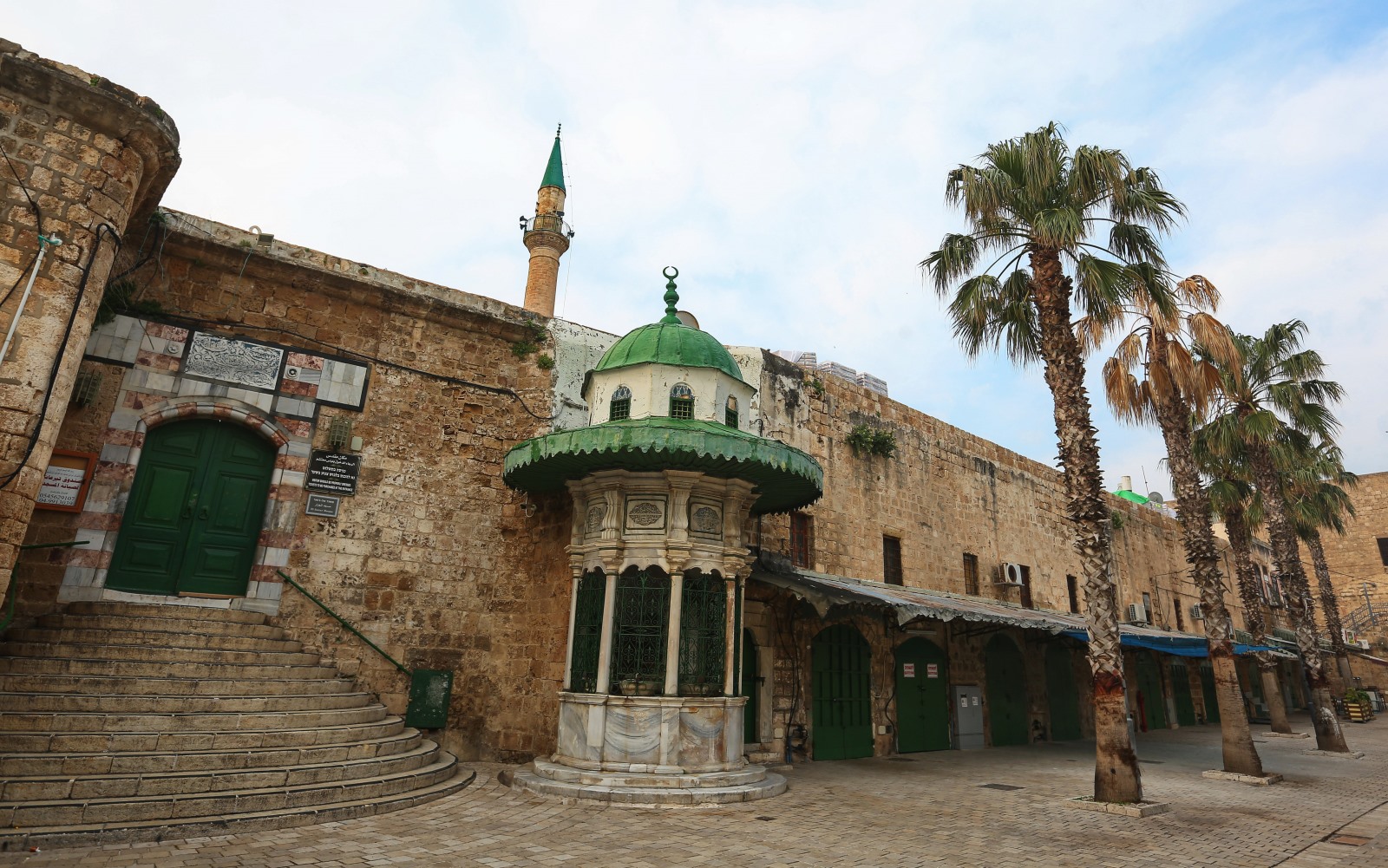 View of the Old City of Acre in northern Israel. Photo by Yaakov Lederman/FLASH90

Located on the shore in the north of Israel, the ancient port city is home to thousands of years of fascinating history that encompass the Romans, Crusaders, Ottomans and even one Napoleon Bonaparte. 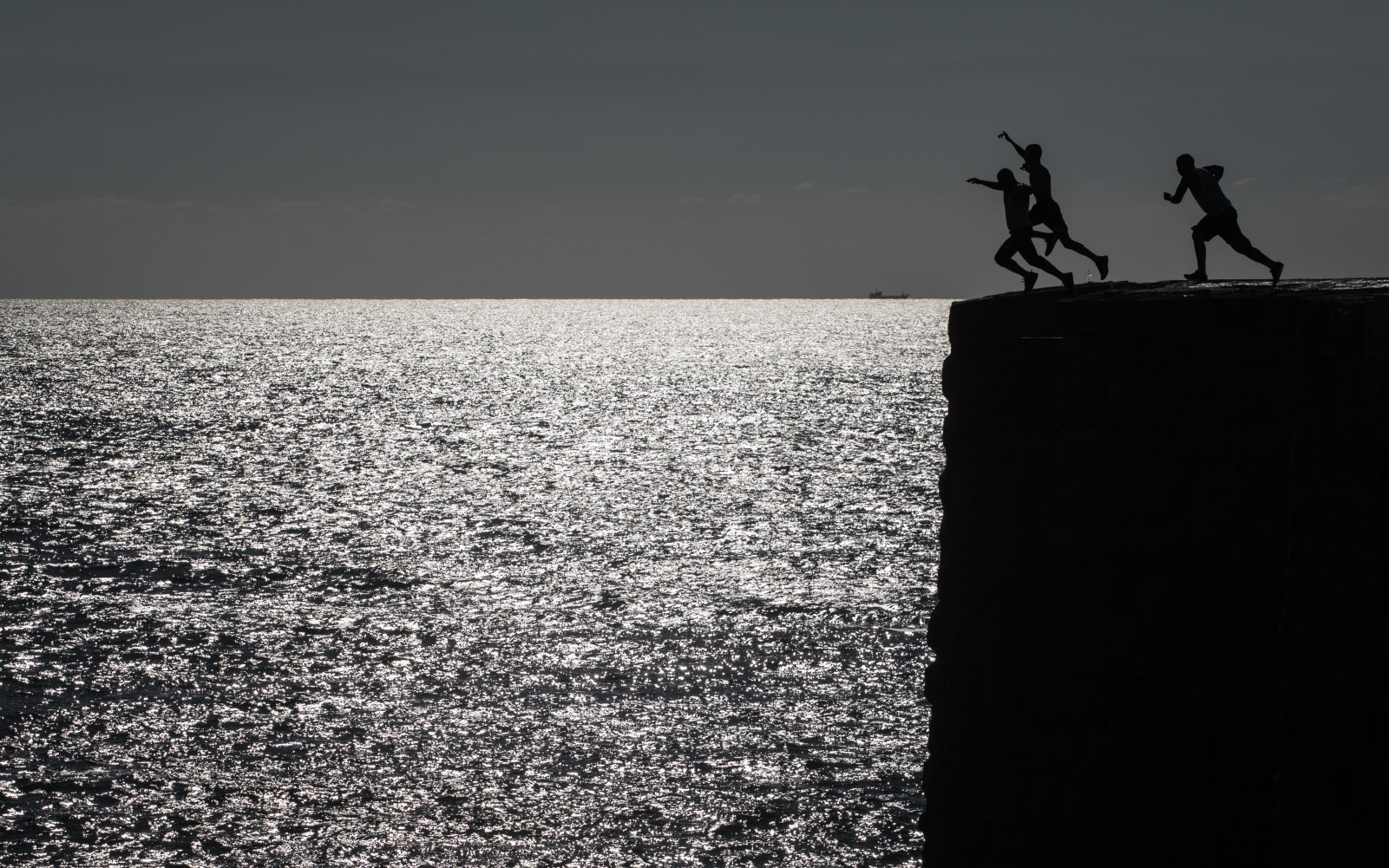 Boys jump into the water from the walls of the old port of Acre. Photo by Hadas Parush/FLASH90

Because of its strategic location, Acre was repeatedly conquered throughout its history. Almost every wave of conquest left behind its physical mark on the city, making it a fascinating mishmash of archeology and architecture.

The top sites in the Old City are mainly from the Crusader period in the 12th and 13th centuries, as well as beautiful buildings and monuments from the 18thcentury when the city was under Ottoman rule. 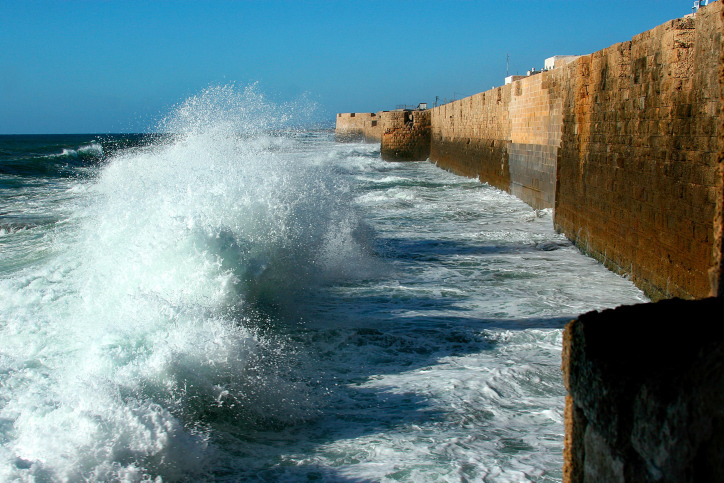 On the Crusader front, we recommend visiting the Knights’ Halls, the huge and impressive remains of the fortress built by the Knights Hospitaller, as well as the Templars’ Tunnel constructed by the military-monastic order of the same name. 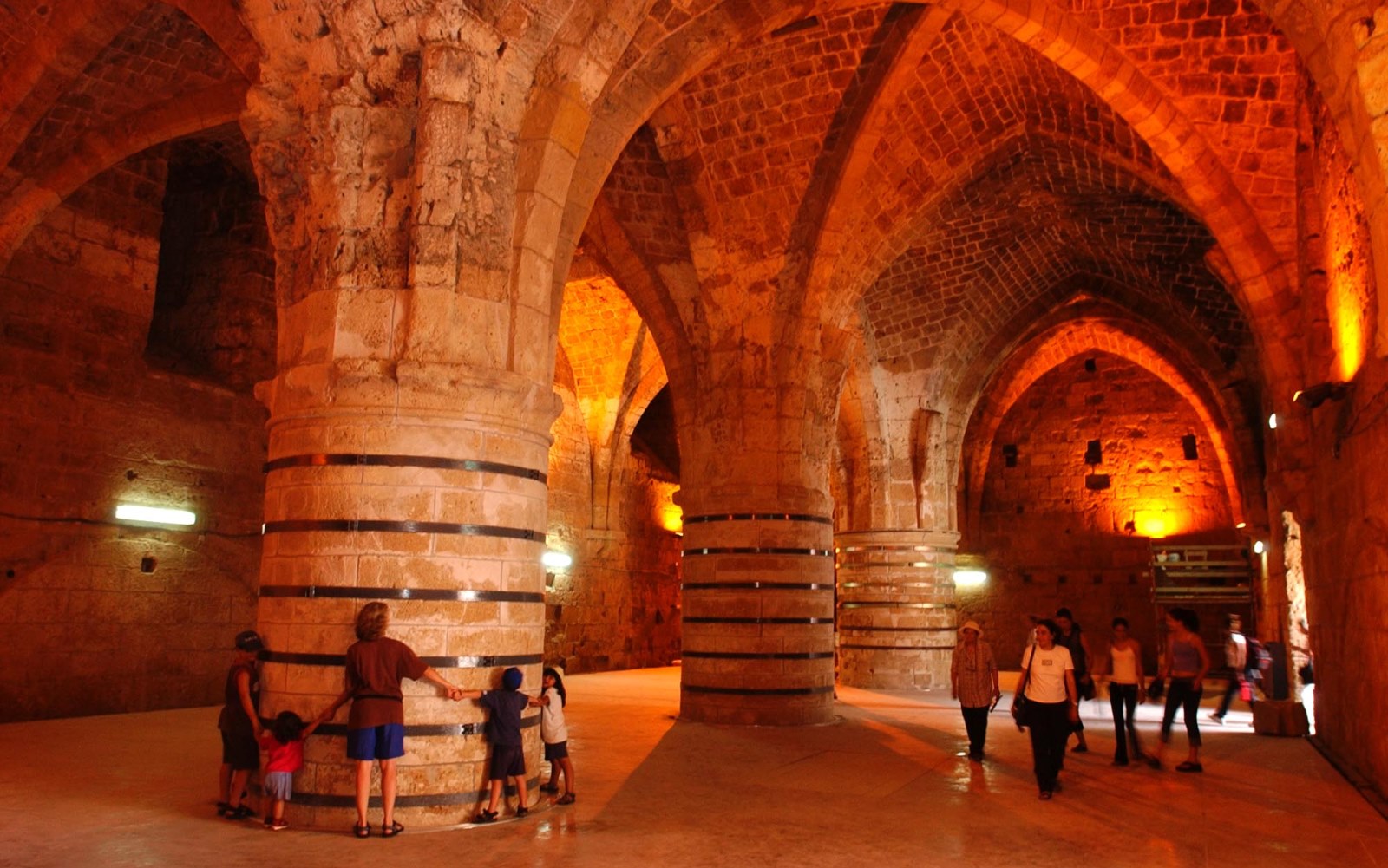 Visitors walk through the Crusader halls in Acre. Photo by FLASH90

For a bit of Ottoman architecture, check out Khan al-Umdan, an 18th-century inn and trading post that served merchants who arrived at the busy port city. 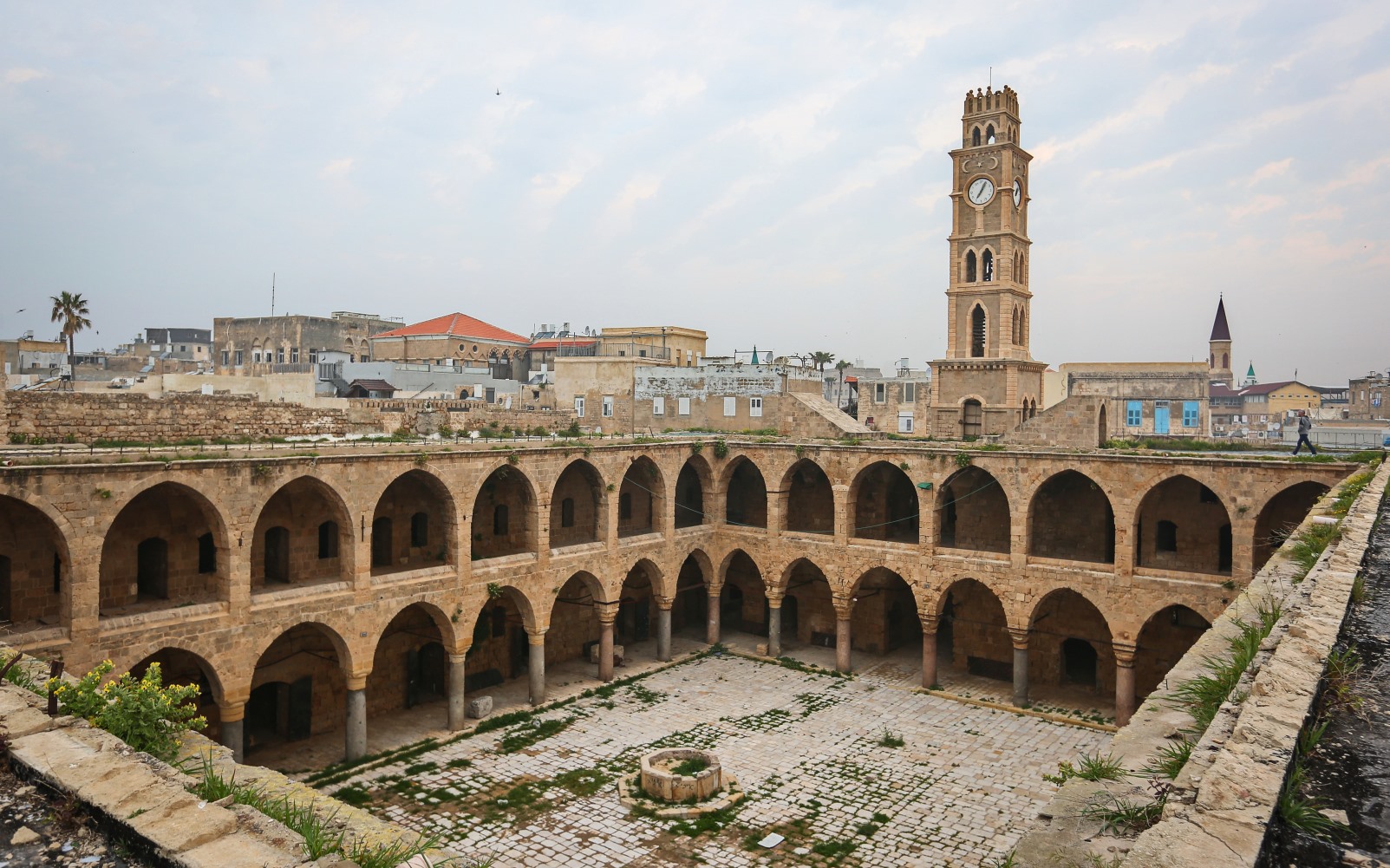 Khan al-Umdan, an 18th-century merchants’ inn and trading post, is one of the leading attractions in Acre. Photo by Yaakov Lederman/FLASH90

The two-story structure is organized around a courtyard from which visitors can admire the granite pillars decorating the place and the imposing clock tower overlooking it.

Located in what was a prison during both the Ottoman era and the British Mandate of Palestine, the monumental structure was where hundreds of Jewish underground fighters were jailed for their anti-British activity. Nowadays, it offers fascinating tours. 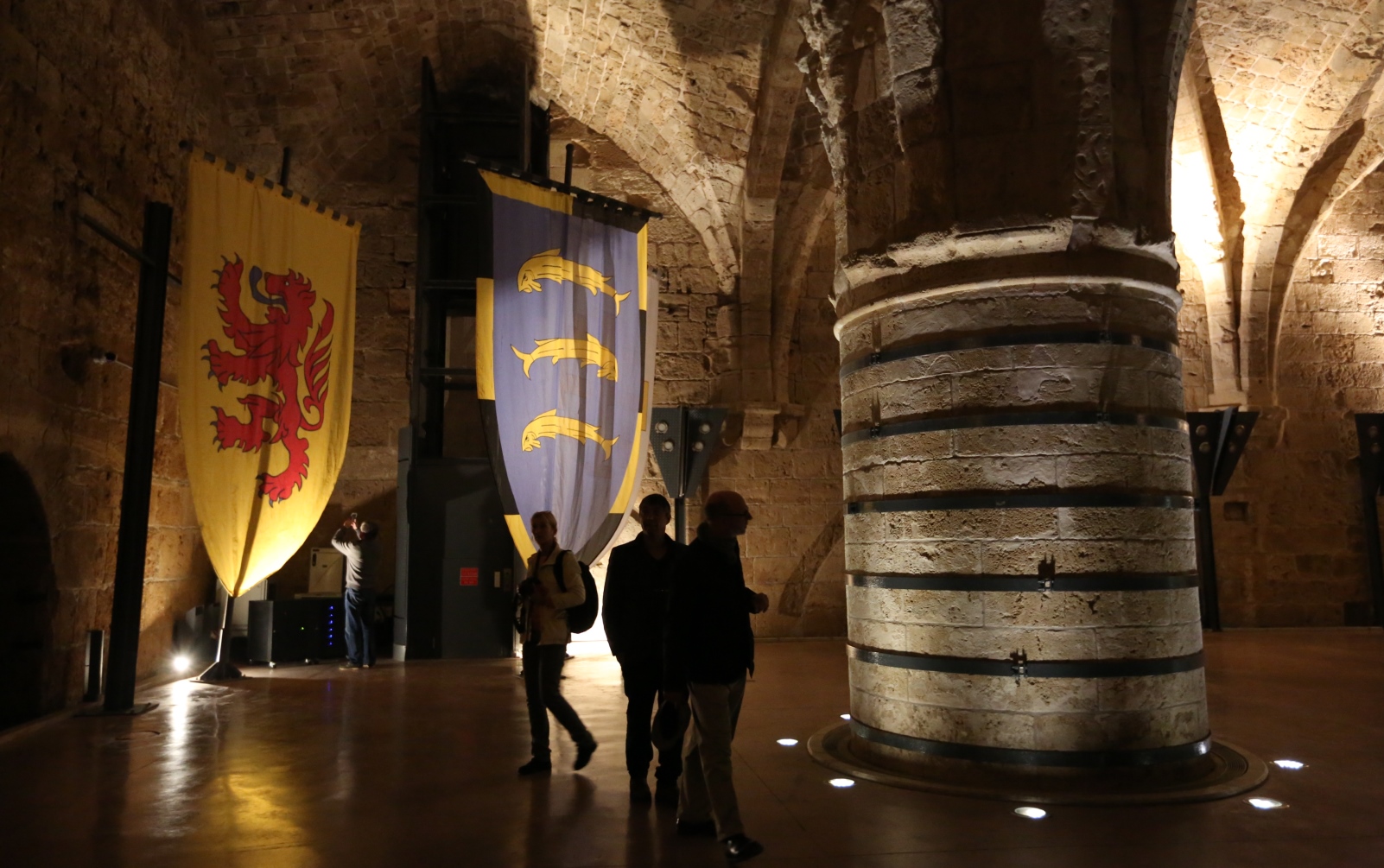 And no, we didn’t mention Napoleon for nothing. Unlike us, the famed French general and leader probably wasn’t a big fan of the city. In 1799, his attempt to overtake the city failed, leading him to turn back on his tracks from the area. Today, the memory of his effort is enshrined at “Napoleon’s Hill,” the little hill from which he tried to besiege the city. 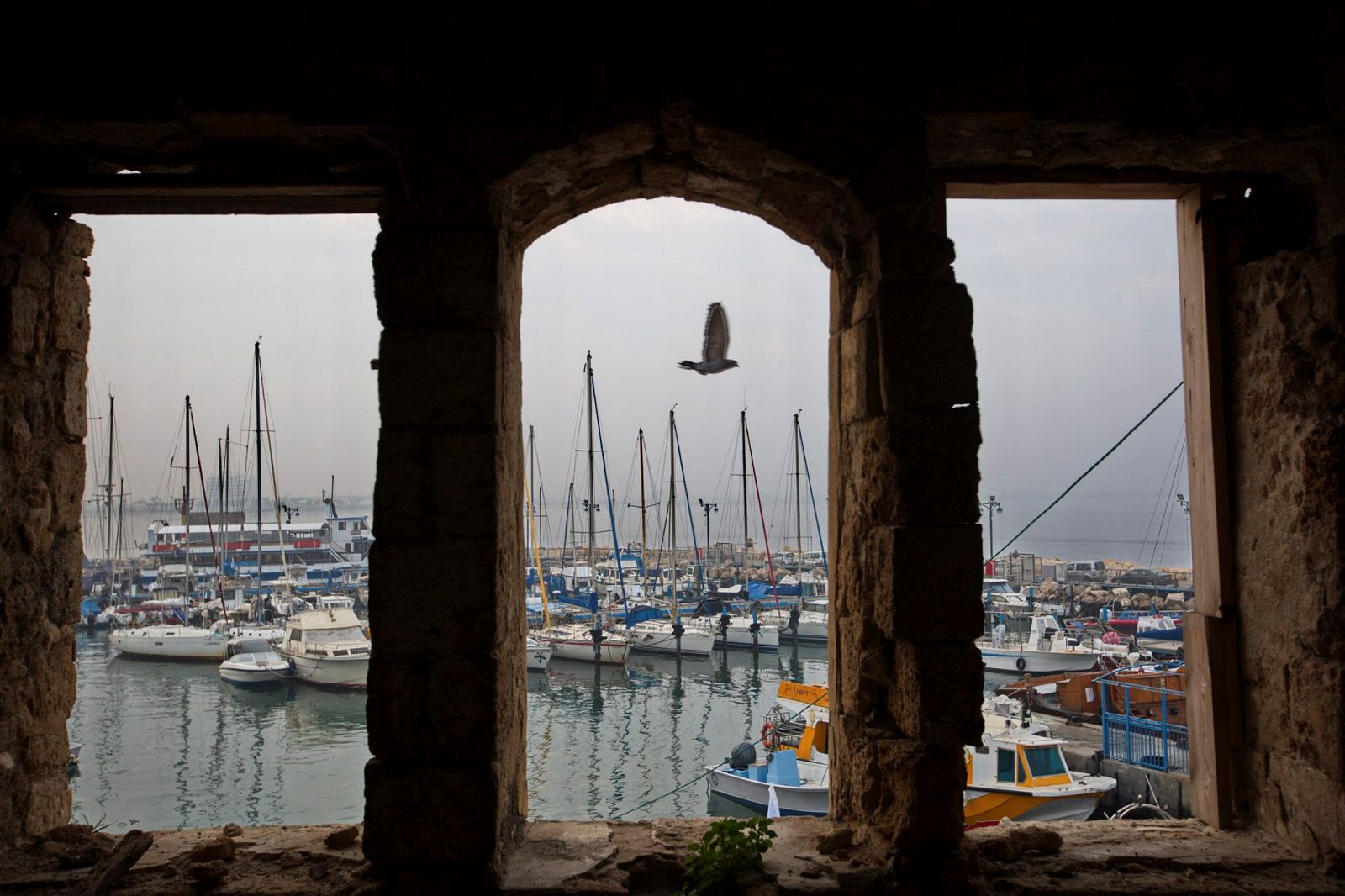 A view of the port in Acre. Photo by Yaakov Lederman/Flash90

Had enough of history? Take a tour of the Old City’s market and equip yourself with spices and other knickknacks.

Sit down and relax in one of its many restaurants to enjoy some coffee or a fish dinner, complete with a stunning seaside view. 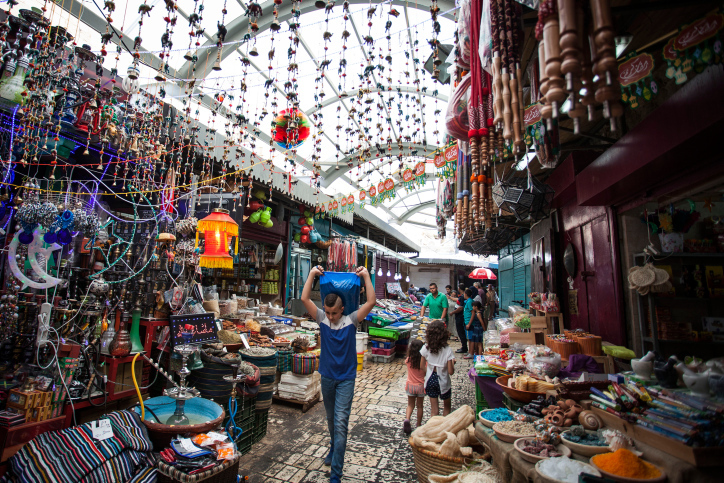 A man walks through the market in the Old City of Acre. Photo by Zack Wajsgras/Flash90