Home TourismBiblical Sites 10 of the best seaside restaurants in Israel

10 of the best seaside restaurants in Israel

Let’s face it: Beachside restaurants aren’t always so inviting. When restaurant owners know that customers will keep on coming because of the view, they don’t always put much effort into the food. They also often charge a fortune.

Here are some of the best of the best to prove that beachside dining can be much more than it’s cracked up to be — romantic, fresh, elegant and just categorically delicious. 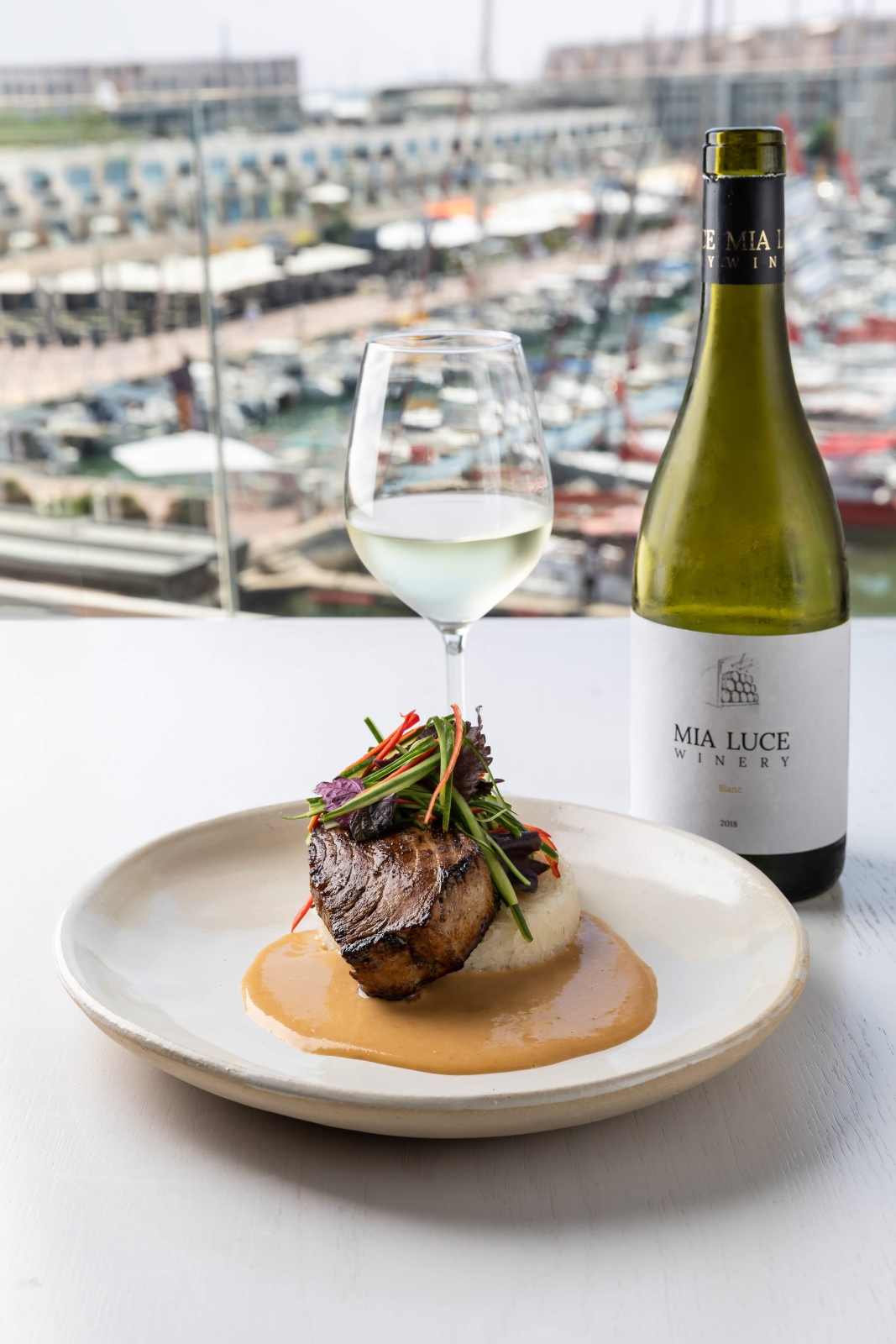 As classy as it gets, the 2019 World Luxury Restaurant Award-winning Herbert Samuel fittingly sits in Herzliya’s prestigious Ritz Carlton Hotel.

Complementing the scenery of the surrounding marina and seafront on display from the intimate enclaves of the sleek modern dining room, Chef Mor Cohen and his team send delicious carefully constructed gourmet plates out from the kitchen.

Menu items include such dishes as cauliflower roasted with mountain herbs served with pumpkin seed and sage cream, black rice, and crispy smoked lamb; and veal chop with a “silk road” seasonal cherry sauce served with whipped corn cream, as well as others that are of French, Mediterranean, and world influence.

This is a top spot winning the good fight for modern gourmet kosher cuisine in Israel. 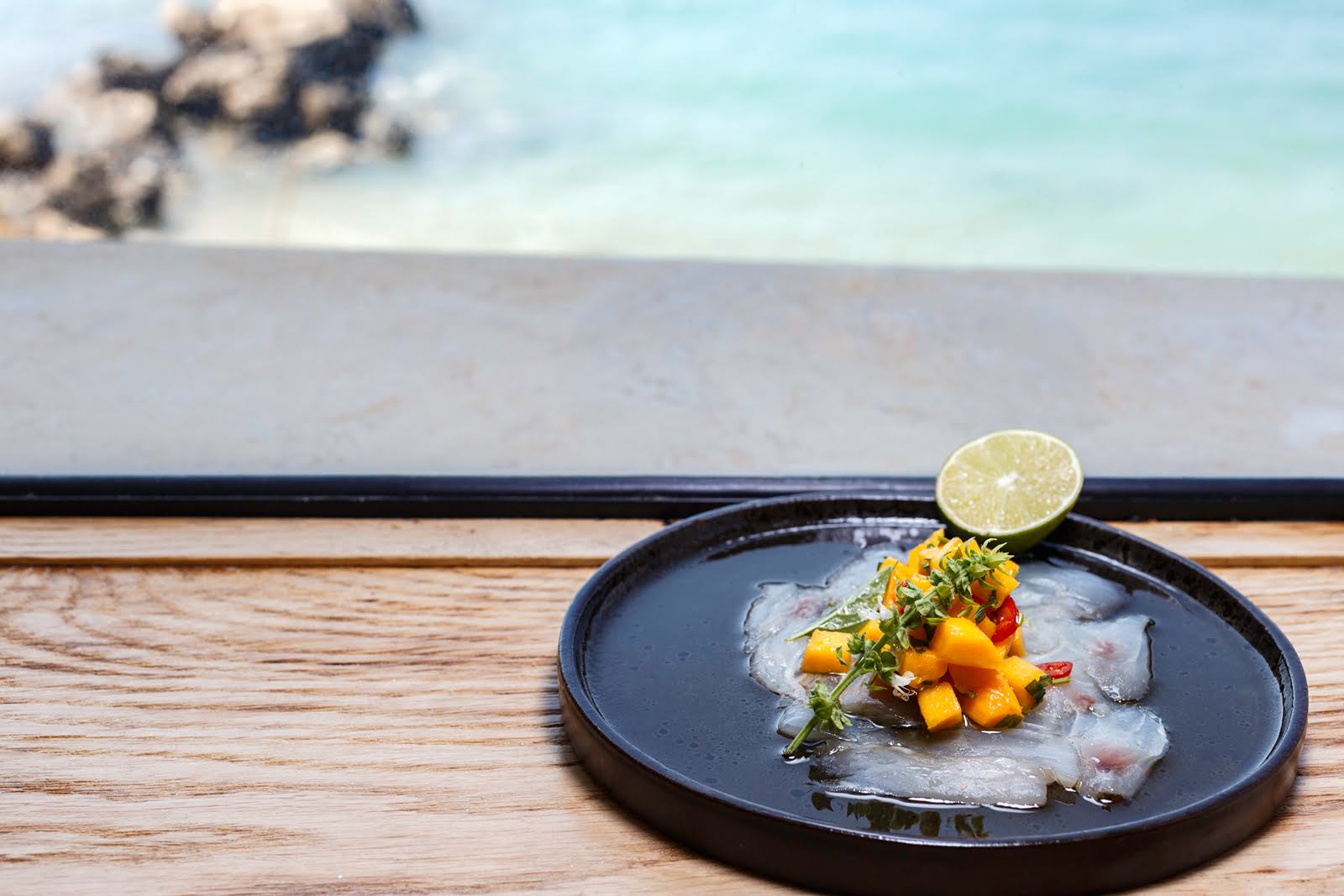 The gourmet restaurant of acclaimed chef Amos Sion, who has an affinity for foraging wild produce and a healthy obsession with utilizing local specialty products in his menus, Helena restaurant in historical Caesarea sets the standard for upscale seafood restaurants in Israel.

Floor-to-ceiling windows reveal the turquoise waters of the ancient port, while seasonal tasting menus including dishes like local shrimp grilled on the plancha served with saffron aioli; ceviche with local greens and herbs over goat labane; and miso-glazed bass served with a horseradish cream and spring vegetables, among others, delight the palate and make for an unforgettable special evening out. 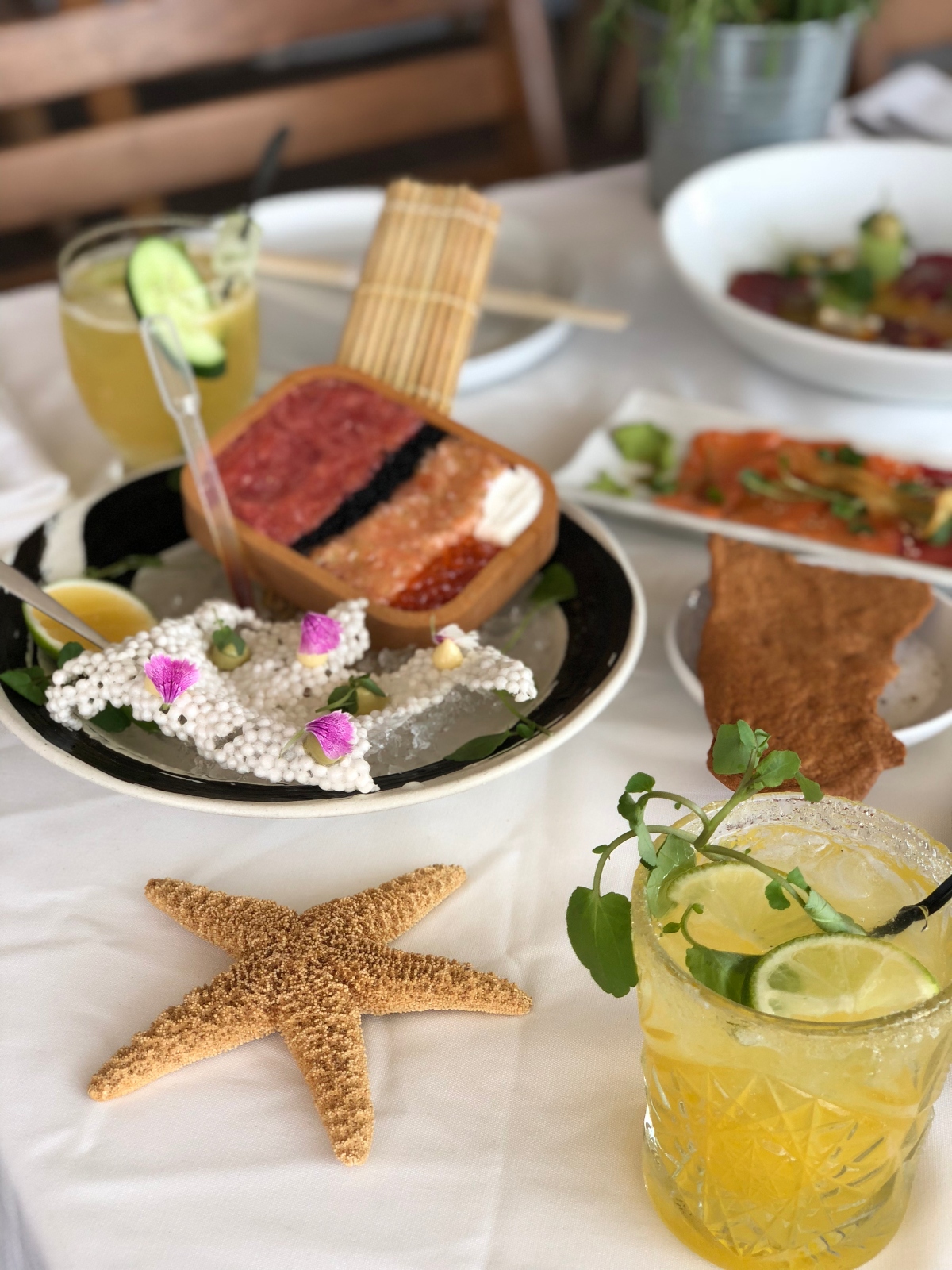 A staple on the Herzliya Marina culinary scene since 1987, this restaurant recently renewed its image by transforming the space into a kosher dining destination.

Still focusing on fish, fresh from the Mediterranean, the restaurant now specializes in high-end sushi and Mediterranean-influenced fish dishes that are expertly executed and presented with style.

Known as much for their beautifully plated desserts as they are for dishes such as red tuna sashimi-with summer fruit, passion fruit vinaigrette, blackened raspberry cream, and “tapioca puff,” Al HaMayim delivers in beachside views and fanciful bites. The second restaurant of the many opened by internationally acclaimed Israeli celebrity chef Meir Adoni, Lumina, a kosher meat bistro with a seasonal menu, is the pride of Tel Aviv’s Carlton Hotel on the northern beachfront.

The dishes served here are as refreshingly spectacular as the space’s name. With modern elevated interpretations of Israeli and world cuisine, mixed with takes on classic brasserie food, and flagship dishes from the chef’s beloved, but since closed, Mizlala restaurant, here you can get anything from an elevated Jerusalem bagel served with tomato salsa, garlic confit, paprika aiolo and doah (Egyptian spice blend), to Malaysian-style wild seabass in a coconut red curry with lemongrass, eggplant, steamed rice, and coconut chips. 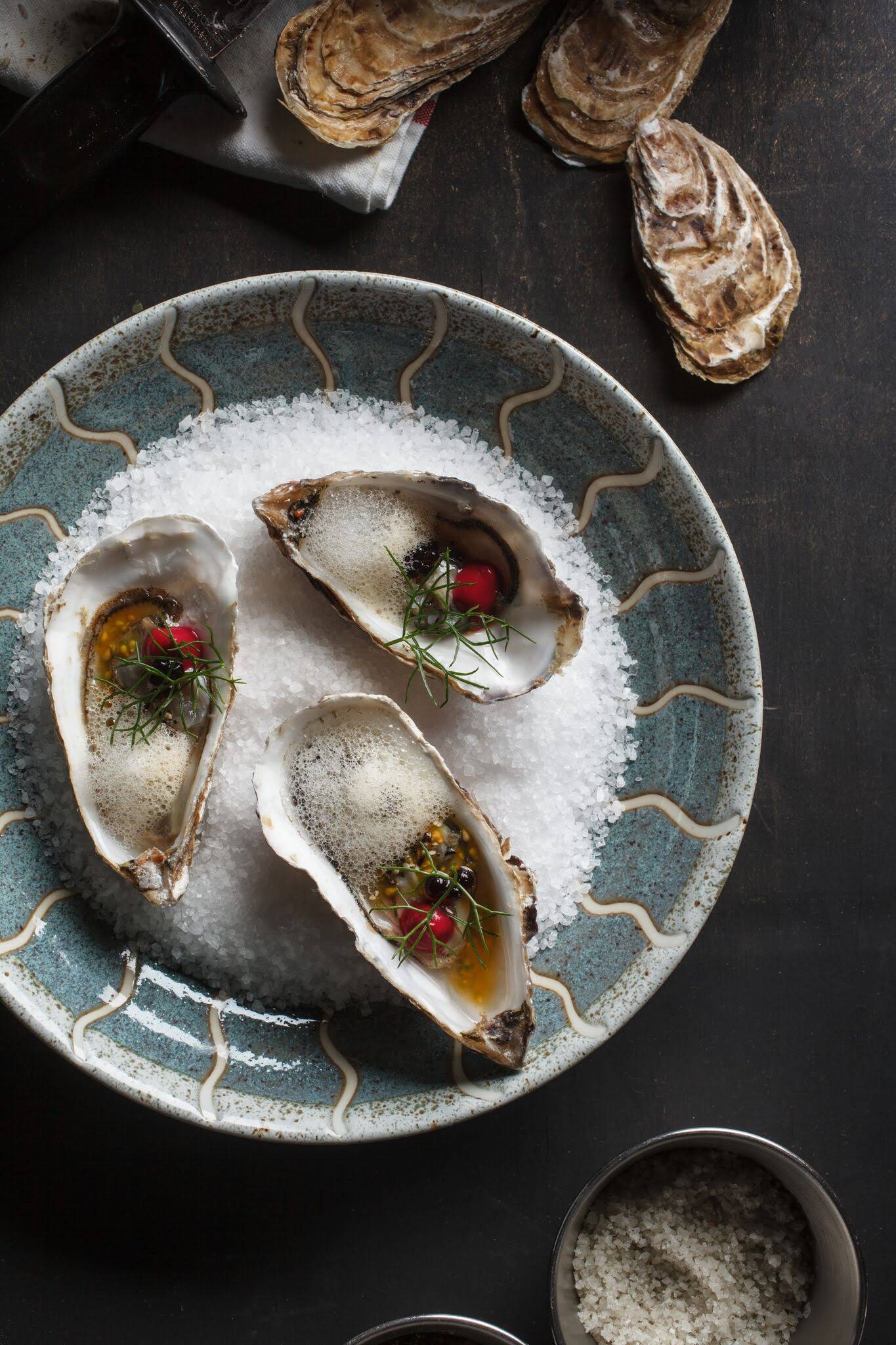 Located one story above the boardwalk of Haifa’s Bat Galim neighborhood on the northern seafront, the restaurant serves up unobstructed views of Haifa’s Mediterranean coast, as well as of the eatery’s open kitchen, where you can observe the kitchen staff rolling out fresh pastas, and pulling bubbling artisan pizzas and focaccia bread out of the large tabun oven. 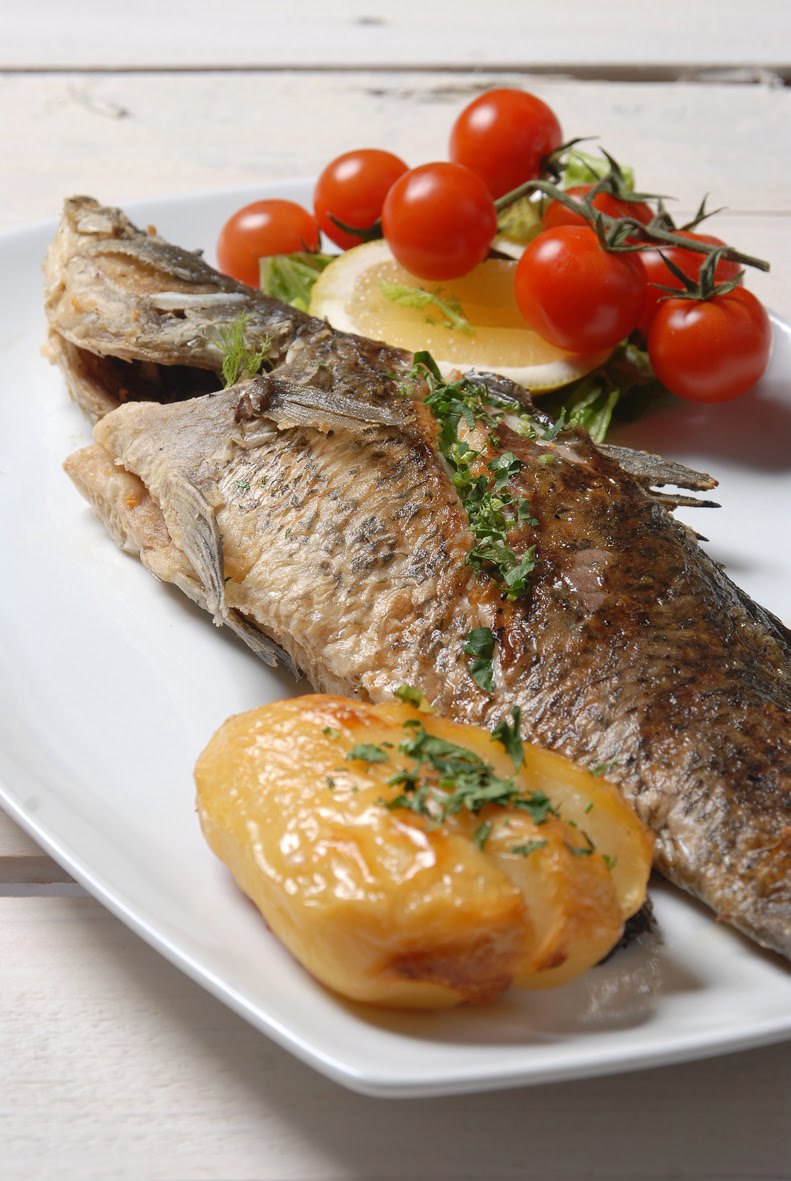 Operating since 1998, this Eilat fish restaurant is “old school” in the best possible way. Honoring the traditional feel of a Greek fisherman’s watering hole, Rak Dagim is one of the few places in Israel where you can find whole steamed crabs, lobsters and scallops that are brought in daily from the Mediterranean Sea.

Owned by couple Tirtza and Yaakov Levy, the no-nonsense restaurant graces the waterfront of Eilat’s laguna with simple and fresh dishes such as sardine-like fresh grilled barbunia fish, jumbo shrimp on the grill, fisherman’s stew, Mediterranean salads, and homemade desserts such as triple mousse cake and chocolate souffle.

Sitting along the renovated Bat Yam-Rishon LeZion breach promenade, just a level up from the sandy beach, Villa Mare has a little bit of everything including a picturesque sea view, elaborate and tropical cocktails, and well-composed dinner fare such as tiger shrimp skewers and pizza with smoked duck breast “bacon.”

It is also a great place to relax on the deck with a cold beer and some bar snacks, or to stop in on a lazy morning for a mimosa and some brunch fare, the restaurant has quickly become a local favorite in this city just south of Tel Aviv. Kosher Greek food (including vegan tzatziki sauce!) in a breathtaking indoor-outdoor pavilion-like location along the Netanya beachfront, Souvlaki is a place where you can really get the feel of the Mediterranean Sea.

Created with Greek island vacations and tavernas in mind, it is one place in this central Israel coastal city where you can catch the sunset and a taste of this fresh and underrated cuisine that is close to many Israelis’ hearts. Enjoy the anise-flavored ouzo, lively taverna nights, bouzouki music, and authentic Greek dishes such as spanakopita, lamb kebabs, dolmas and fried sardines fresh from the sea. 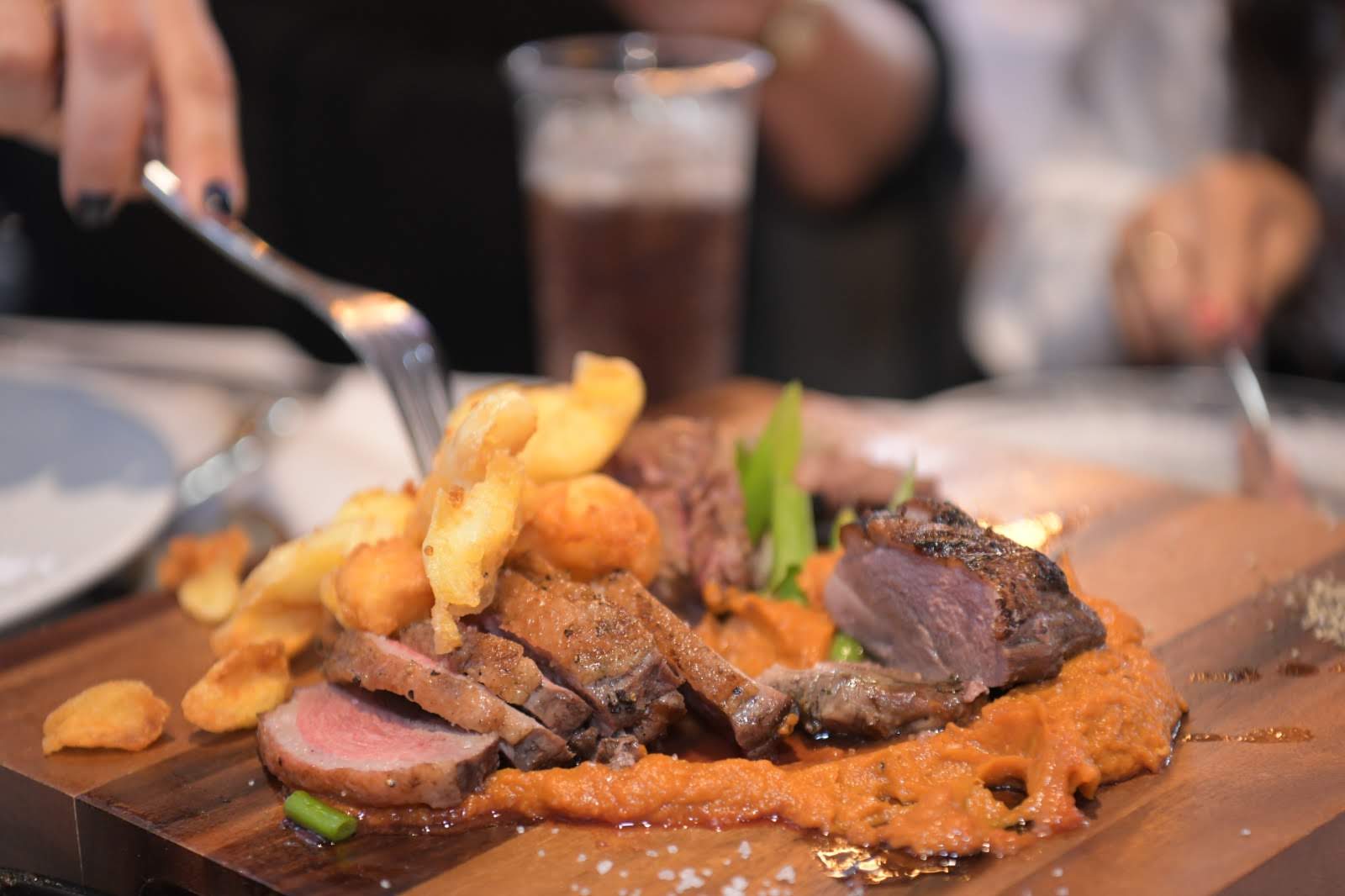 A restaurant that transforms into a club in the late-night hours, 5thAvenue, located on the waterfront alongside Eilat’s top hotels, is a contemporary bistro and chef restaurant from Aviv Moshe, the chef behind the legendary Messa and Quattro restaurants in Tel Aviv.

With a new summer menu featuring dishes such as savory mille-feuille of goose liver pate, and veal cheek ravioli, executed by operating chef Eyal Orgobi as well as creative cocktails that will pique your appetite, it’s a go-to spot for many vacationers in Israel’s most southern city who are looking for good food and a good time. A welcoming restaurant along Tel Aviv’s Northern beach boardwalk, Armando is the playground of Chef Armando “Ami” Kadosh. Having learned cooking and hospitality from his late Moroccan mother, Kadosh has channeled her teachings into the beachside restaurant that specializes in generous servings of local fish, caught fresh daily by fishermen in the Ashkelon port to the south.

Sitting on the open terrace, one can watch the lapping waves of the Mediterranean while enjoying a spread of Middle Eastern-style salads, wines from the Mediterranean basin, olives and olive oil from the Galilee, and the restaurant’s signature dish: a slow-cooked Moroccan fish stew (which must be ordered 24 hours in advance) pairing grouper and St. Peter’s fish with a spicy tomato sauce.