Home Featured Some of the best landscapes in Israel

Some of the best landscapes in Israel

He brought us to this place and gave us this land, a land flowing with milk and honey… Deuteronomy 26:9

Israel is but a small country with an abundance of different landscapes. From the snowcapped mountains in Mount Hermon, the Dead Sea at the lowest point on earth, to the awesome craters in the Negev desert and back to the Mediterranean beaches, the country’s diverse scenery offers much to both travelers and locals alike. Below are beautiful, uniquely Israeli scenes shining during magical moments. 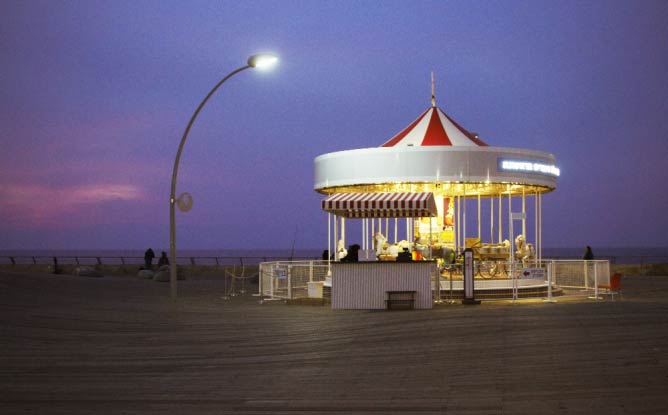 The Tel Aviv Port was founded in 1938, and since then has undergone several changes until it became what it is today, a commercial and entertainment district serving the Tel Aviv area and beyond. 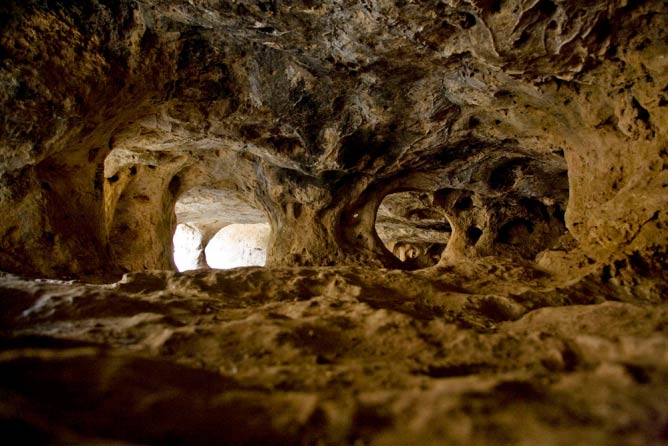 Located in the outskirts of Jerusalem, overlooking the Halilim stream, this unique cave takes its name from the way it mimics the sound of a flute when wind blows through it. 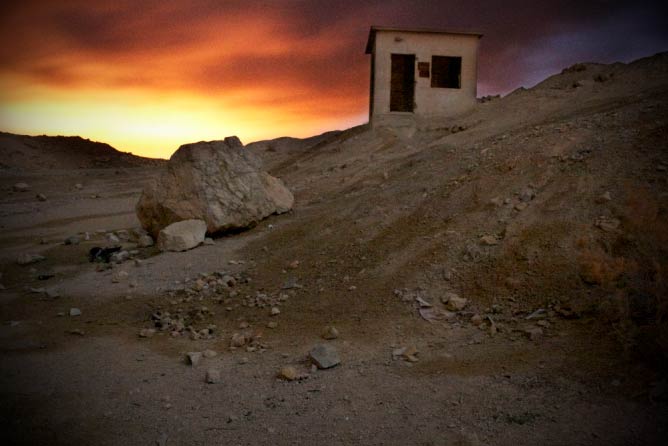 A geological, erosional landform in Negev Desert, the small crater represents the many cycles of Israel’s history. A colorful sunset is captured in an old quarry building that stands on what was once a Roman fortress. 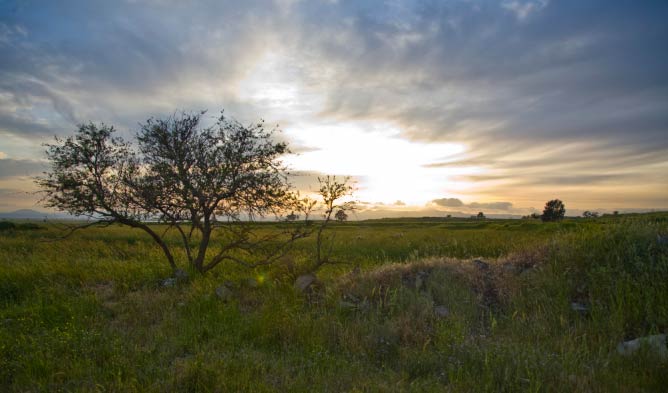 The Golan Heights, located in the North of Israel, is fully situated on a volcanic plateau. The breaks in the volcanic rock create multitudes of bountiful streams and really great scenery. 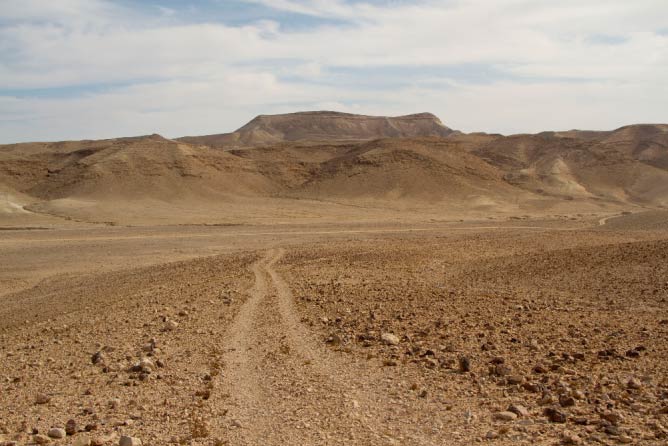 Mount Kanaim, zealots in Hebrew, is neighbor to the famous Masada fortress. Its name comes from the famous warriors and their families who sacrificed their lives, rather than fall prey to the Roman enemy. The flip side of the mountain grants any serious hiker with an unbeatable view of the Dead Sea. 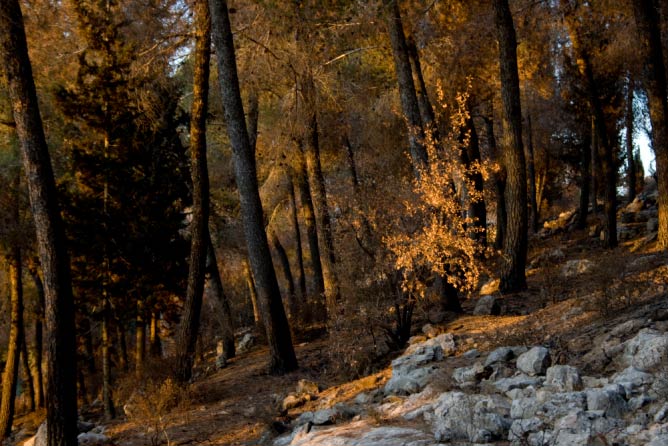 In the outskirts of the Jerusalem metropolitan area, there are what have been at its largest, 4 square kilometers of pine tree forest. Unfortunately, today due to urban expansion, it is shrinking. Local activists are doing all they can to keep this section of the forest alive. 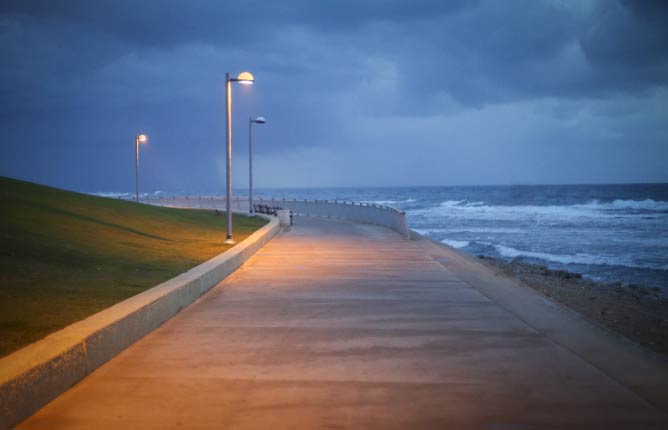 In recent years, the municipality of Bat Yam which is a city just south of Tel Aviv, has built a beautiful park and walkway which is packed on weekends and summer evenings. 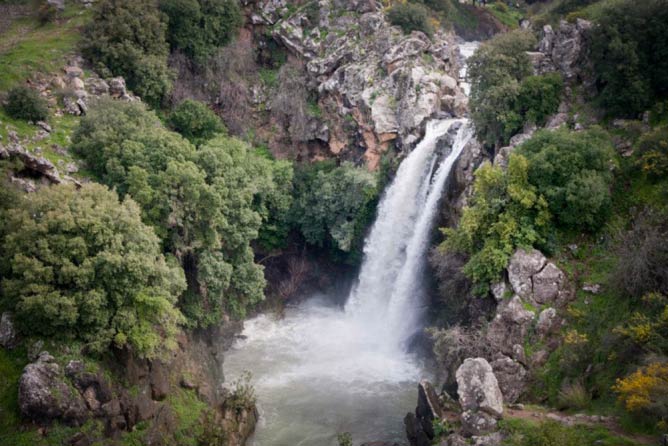 The Saar river serves as a geographical border between the Golan Heights and the Hermon range. The Saar waterfall is the biggest in Israel, and is created as the river makes its way south. It is a very impressive sight during the early spring as the snow melts off Mount Hermon, creating strong water pressure and makes for a breathtaking sight. 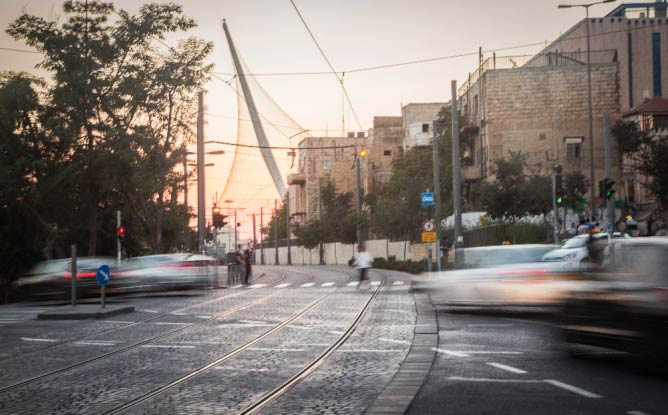 The Jerusalem Bridge of Strings was built by the Spanish architect, and engineer Santiago Caltrava. The bridge was designed to add a defining contemporary structure to the Jerusalem skyline and to carry the new light rail train. 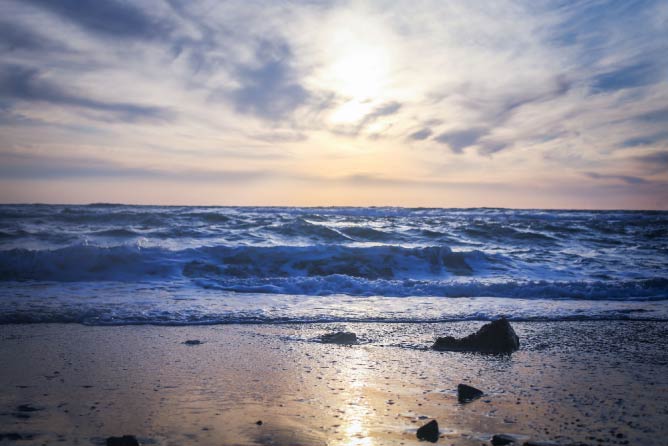 The Israel coastal plain stretches 187 km from north to south. Most of the beaches are sandy and have warm and humid temperatures most of the year. Although they are often crowded, one can always find a moment of quiet solitude in the face of a large stretch of water.

Caesarea: Port City With a History of Beauty and Faith