Everyone knows the world’s best bite of perfectly spiced falafel or creamy hummus can be found in Israel, but Israeli hotspots — bakeries, shops, stands, and restaurants — are putting unique twists on culinary classics. Inspired by locally grown Israeli produce, exotic locations around the globe, and nostalgia for the Old Country (wherever that may be), you’ll be happy you stood in line to get a taste.

Americans pining away for Magnolia-caliber cupcakes can breathe a deep sigh of relief. Red Velvet is a Tel Aviv sweet shop with a cult following that will fulfill your desire for American treats (and who isn’t dreaming of a unicorn cupcake or a whoopee pie every once in a while?).

The shop is owned by Israeli Sharon Blumenfeld, who fell in love with American sweets while studying for a law degree in New York and wanted to quell her cravings at home in Israel. If you ask us, she’s doing the job well. So, whether you take your cupcakes decorated for the 4th of July or for Israeli Independence Day (or both!), Red Velvet should be on your wish list for your next White City sweet fix. 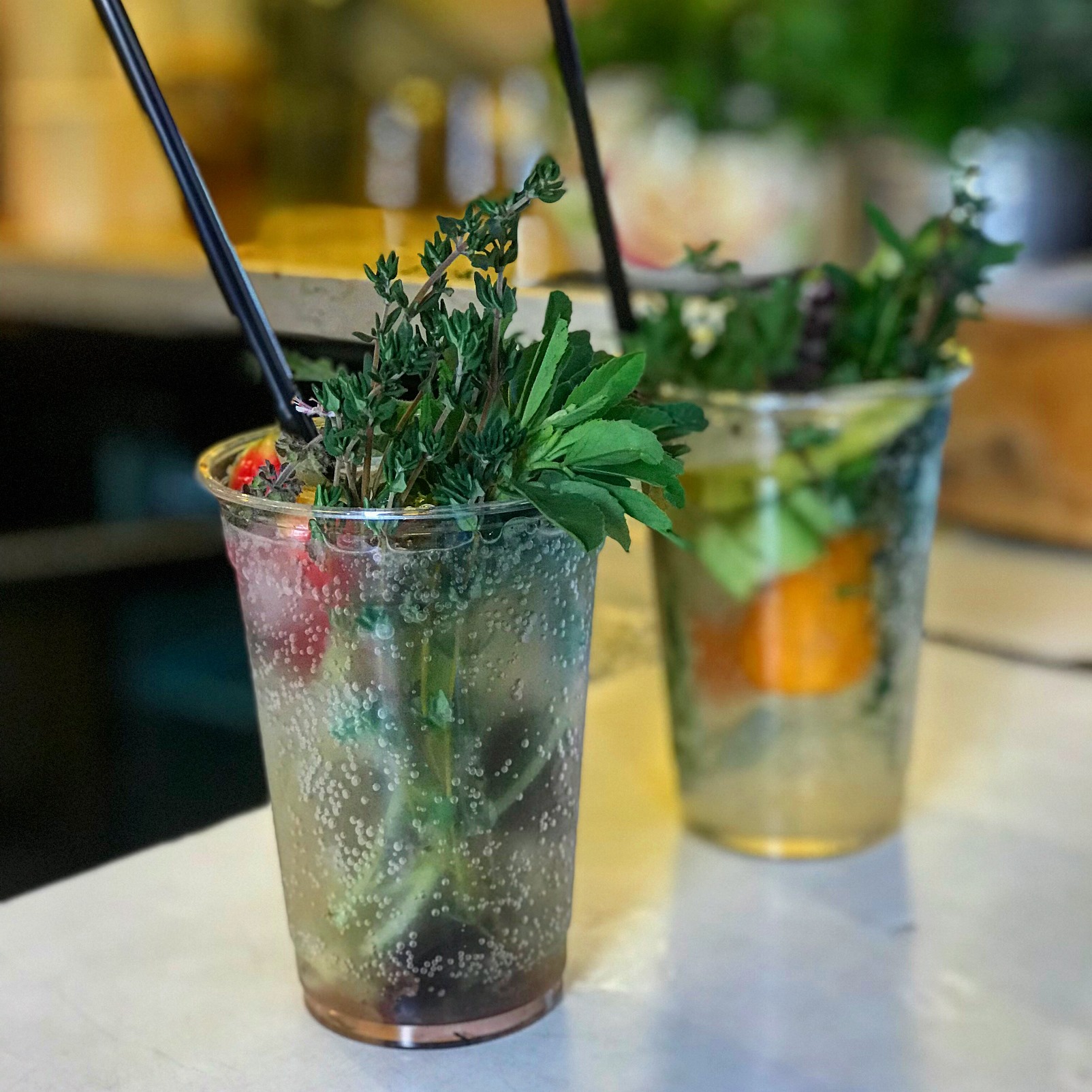 You can’t imagine what soda could be until you visit Café Levinsky in South Tel Aviv. Benny Briga, the master mixologist here, takes the art of soda-making back to the old-fashioned soda shop and infuses it with the modern freshness of Israeli herbs, hand-crafted syrups, kombucha, and many refreshingly delicious garnishes sourced from their very own city garden (including whole tangerines and preserved flowers!).

Swap out your next cocktail for this original soda that breaks the glass ceiling of how cool “old fashioned” can be, and you will get a glimpse down the rabbit hole of this little Tel Aviv wonderland, which did we mention includes yummy salads, sandwiches, and coffee too? 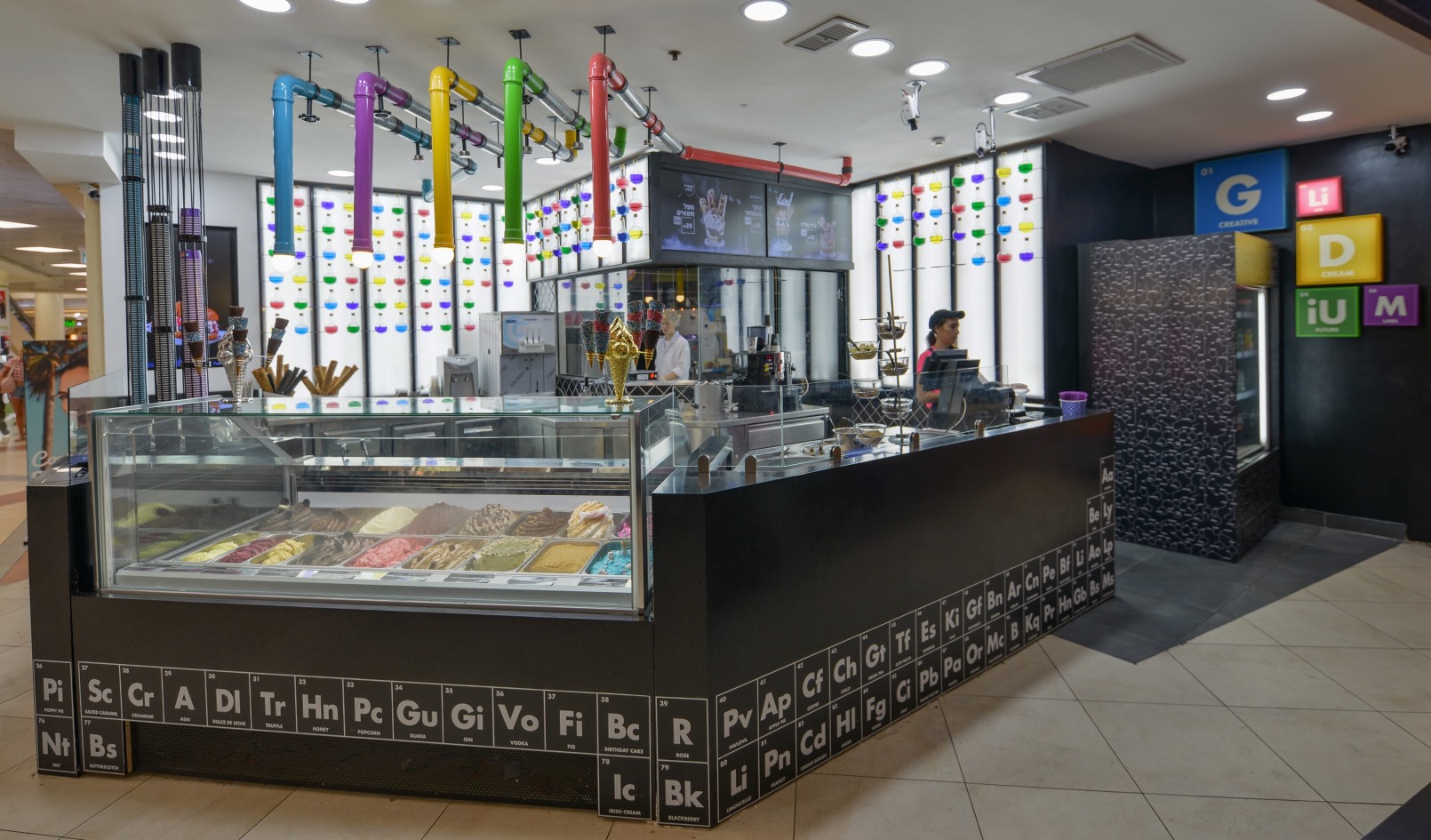 The home of the ice cream burger — a brioche bun stuffed with house-made Belgian chocolate ice cream and all the fixings, Glidium is also known for simply crazy shakes, sundaes and other creations that go beyond your wildest imagination.

Created by food engineer Ofir Basbich and partner Moshe Shmilovich, who longed to infuse Haifa with their very own scientifically formulated and fun ice creams in this ice cream parlor/open laboratory, Glidium is the destination for those who like their shake with cotton candy and lollipops, or even a whole ‘nother ice cream cone, and a mini jar of Nutella, along with a side of pure unbridled joy.

Perhaps the only place in Israel where you can find a real NY-style knish, homemade pastrami on rye, and an A&W root beer all under one roof, Sara’s Place is the mecca of kosher American Jewish deli food in the Middle East. Run by New Jersey native Sara Spigler, Sara’s Place brings many Ashkenazic delicacies to the table in an Israeli dining scene dominated by Sephardic tastes and styles.

The breathtaking deep Israeli southern desert landscape… and German food? You may not think it to be a match made in heaven, but Ursula, serving as-authentic-as-it-gets homestyle German food in this Arava Valley café, has become an unusual must-stop destination on the way down to Eilat.

Hankering for some comforting spätzle, homemade sauerkraut and brats, or pink herring and apple strudel, alongside some local brews? Now you know where to get it, before or after your partying/sunbathing/or other desert adventure. 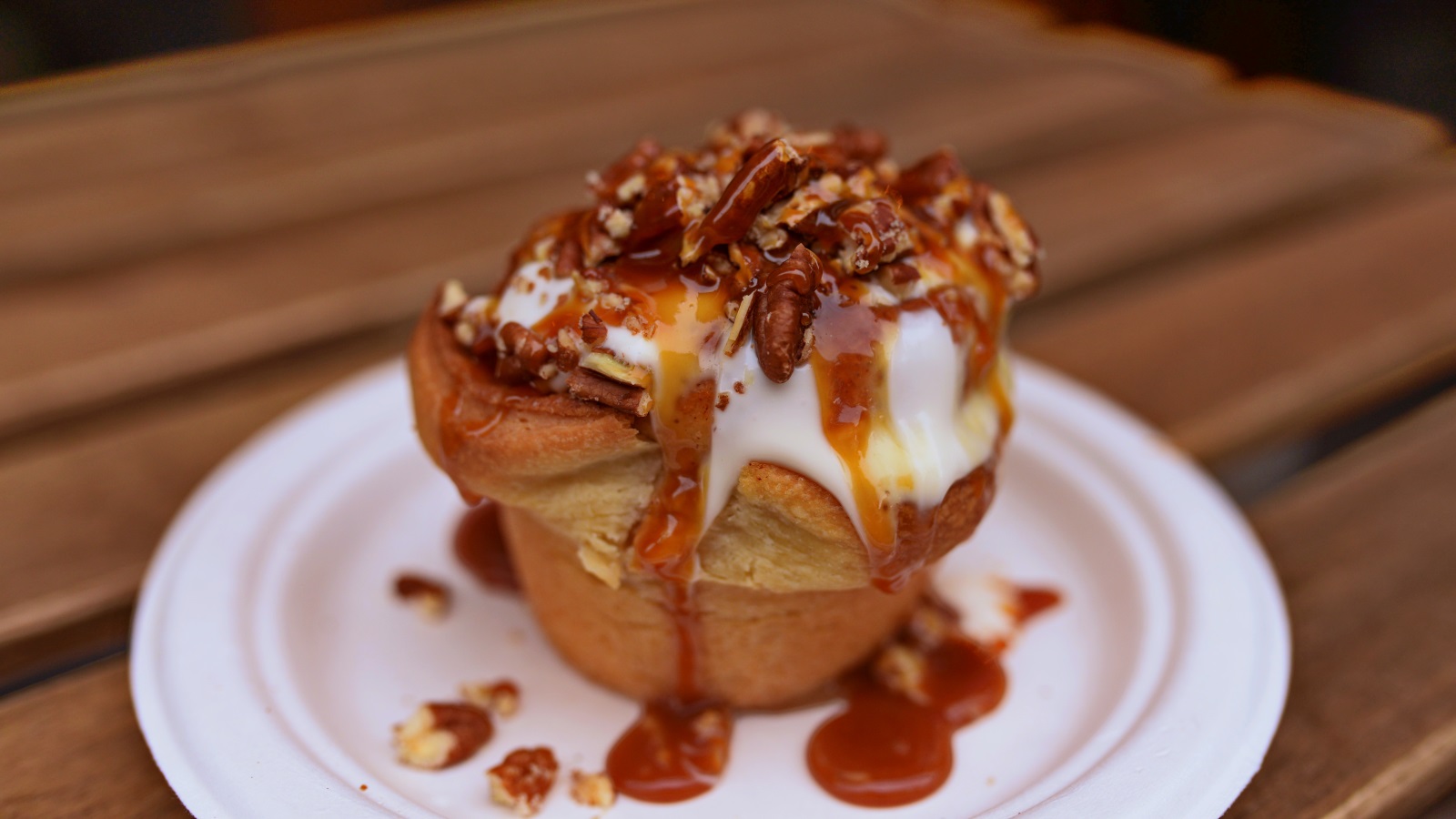 An offering at Jerusalem’s Urbun Café. Photo by Ehud Dahan

Adding to the Jerusalem market’s ever-growing restaurant and pub scene is Urbun, an American-style kosher cinnamon bun bakery/café. Owned and operated by Los Angeles transplant Josh Admon, Urbun serves much more than just a “crazy delicious” cinnamon bun with lemony cream cheese frosting that could take Cinnabon in a fight.

Also on the sweet bun menu are the blueberry cheesecake, pecan pie, and peanut butter cup buns, and other decadent varieties that all come with their own delightful sauces, frostings, and garnishes. Urbun also serves coffee and Shalva brand Israeli artisan teas. 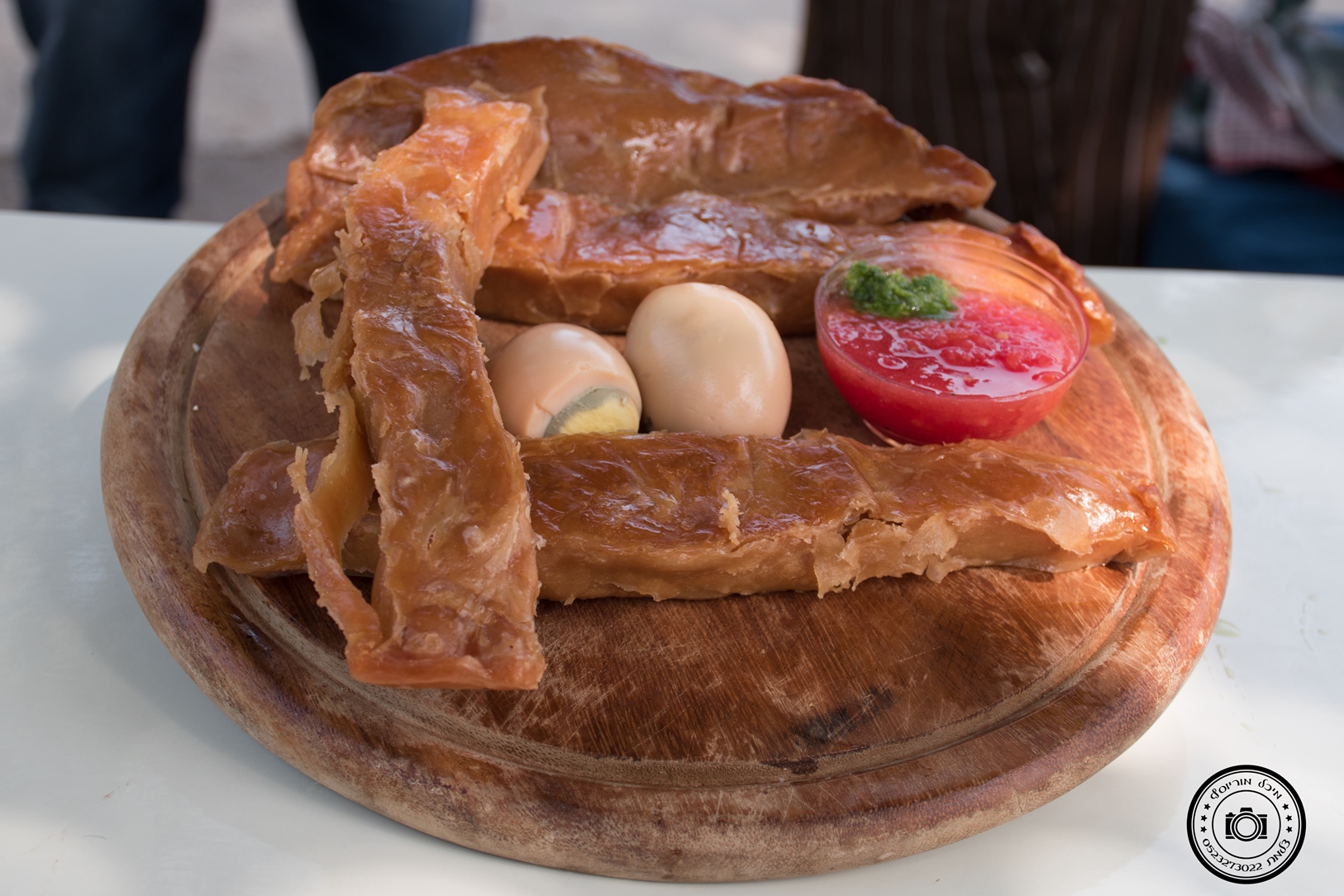 An Israeli favorite in the unexpected location of Kibbutz Maagan at the southern shores of the Sea of Galilee, Jachnun HaEmek is a food stand you will want to hit up for your weekend jachnun fix. The food stand, operated by the local café HaMachlah Achzekot, serves up the iconic flaky savory Yemenite breakfast pastry every Saturday morning like clockwork.

Go from 9am to this casual spot to taste the slow-cooked Shabbat food served up traditionally with a slow-cooked egg, fresh grated tomato, and schug (a green aromatic hot sauce), then head across the street to take in the sea views and chill out. Specially smoked meats, old-fashioned sodas and craft beer: With their original upper Haifa location and the newer Tel Aviv location on Ibn Gvirol Street, this local hangout has become the place to go for hand-crafted grilled smoky sandwiches, in both meaty and vegetarian-friendly varieties, made from Israeli products and the deft hand of Savta (Grandma), who forever encourages us to worry less and eat more. 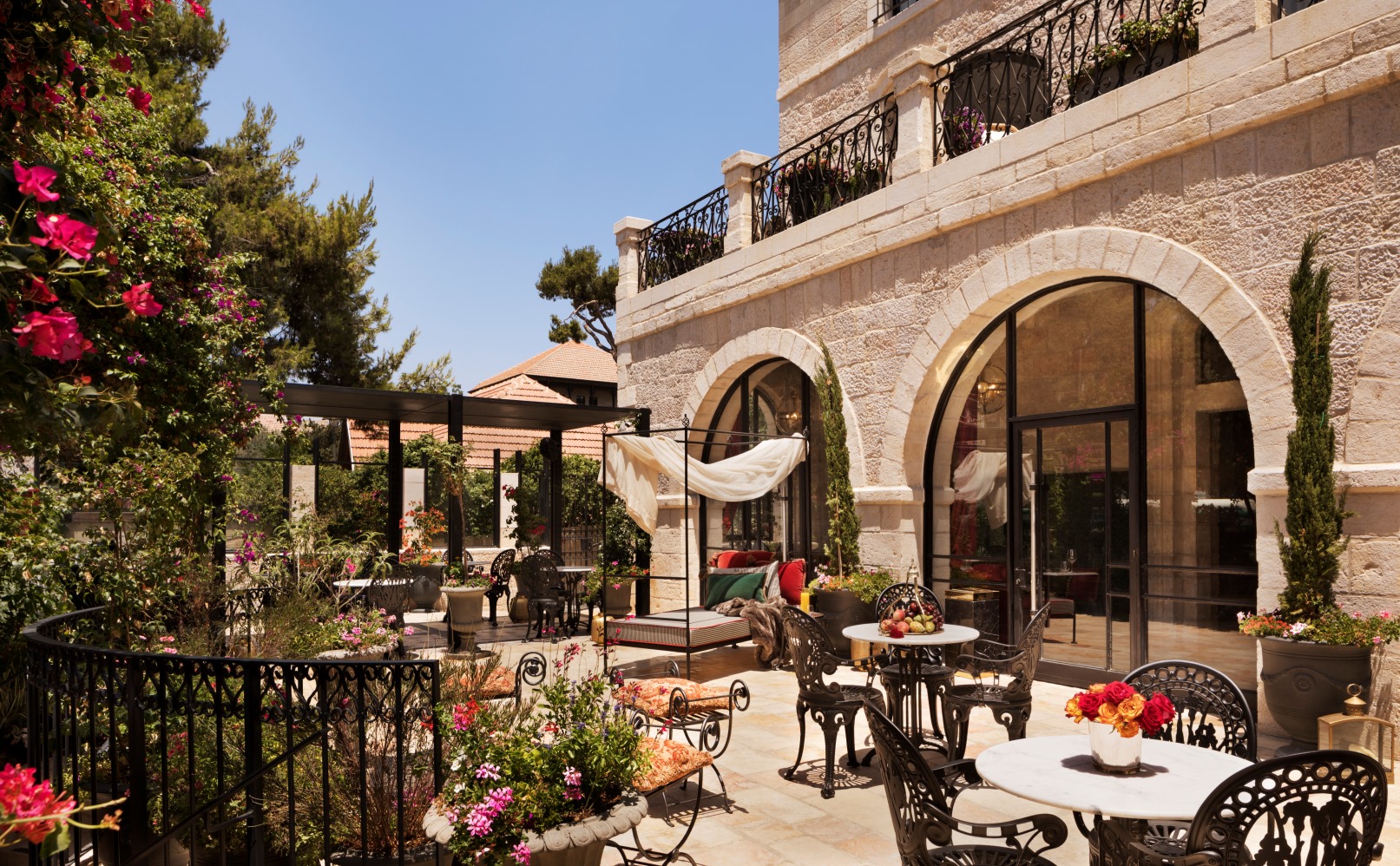 Desperate for a spot of tea after a long day exploring the ancient city of Jerusalem?

The Villa Brown boutique hotel’s open-air tea garden has everything you need for a traditional weekday evening, or Friday afternoon tea, complete with a selection of Ronnefeldt teas, finger sandwiches, spreads, cheeses and sweet treats, all served with a flavorful Israeli twist in the quiet garden next to the hotel’s veranda, which is a part of the historic 19th century building.

Curated by consulting celebrity chef Meir Adoni, and onsite chef Ichai Chauffin, it is an oddly comforting nod to a British cultural treasure in the land of milk and honey.

Transport yourself to Venezuela at this Carmel Market food stand that sells the famous gluten-free corn-based South American flatbread. You get them fresh off the griddle, stuffed with meat, beans, cheese, chicken, or with veggie and vegan choices, including spiced black beans, basil, tomato and avocado.

A “Tel-Aviv Social Club” from another continent, Arepa’s is certainly an unexpected find among the city’s freshest local fruit and vegetable stands.