Washington and Jerusalem have barely two months left to attend to the last few matters that a Joe Biden government would certainly not be concerned with. “Israeli goods from the Jewish settlements in Judea and Samaria will from now on be declared as products made in Israel,” announced US Secretary of State Mike Pompeo during his last visit to Israel. Pompeo is the first Secretary of State to officially visit a Jewish settlement in Judea and Samaria. And his government is the first to officially recognize Judea, Samaria and the Golan Heights as territories under Israeli sovereignty, although these are still referred to as “occupied territories” by the international community.

All of his predecessors refused to visit because these territories were considered to be “conquered land” and doing so would have angered the Palestinians and the international community. In the winery of the Jewish settlement of Psagot in Samaria, Pompeo was given a bottle of red wine, a blend of shiraz, cabernet sauvignon and merlot, with his name on the label. The label read “Pompeo red.” It was a thank you for his political commitment to taking the biblical promises seriously. 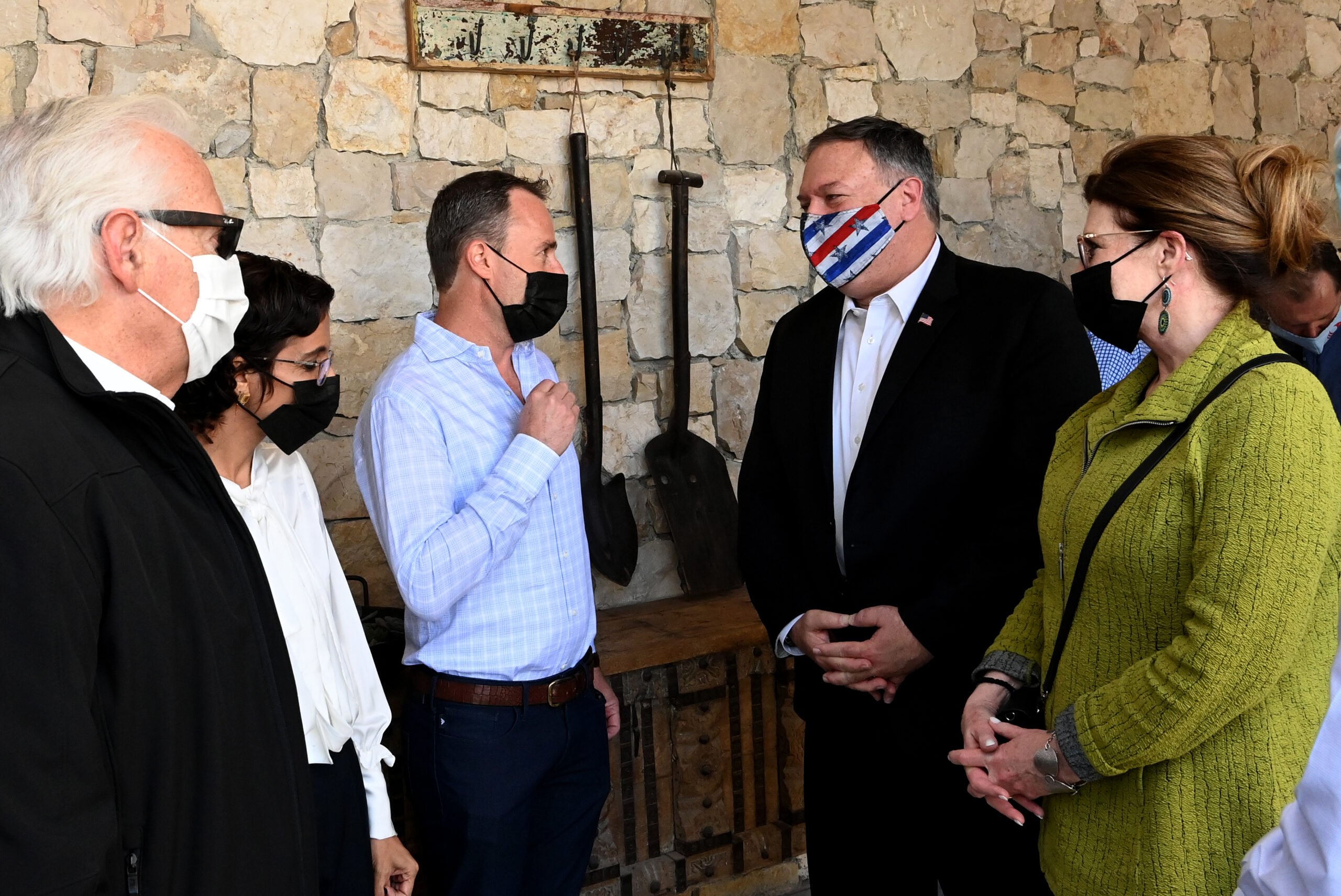 Pompeo further promised his host in Jerusalem, Benjamin Netanyahu, that Washington would classify the anti-Israel Boycott, Divestment and Sanctions (BDS) movement as an antisemitic movement. “We want to stand with all other nations that recognize the BDS movement for the cancer that it is. We will stop any support for movements that cooperate with BDS,” the Christian politician said during his press conference with Netanyahu. “It’s just crazy what the Trump administration has achieved in Israel and the Middle East over the past four years. When I served as a member of Congress, we were always scared that moving the American embassy would lead to war in the Middle East. The exact opposite happened.”

Trump and Pompeo are trying to steer the future Biden administration toward a new Middle East policy that the Democrats would have never agreed with. But now if Biden were to undo everything after taking office, he and his administration could be accused of antisemitism. According to Israeli government sources, it is a so-called “bear hug,” an offer they can’t refuse that will embarrass Biden should he and his administration take active steps to turn the clock back. Biden has already announced that he is not planning to move the US Embassy back to Tel Aviv. But the official recognition of Jewish settlements in the biblical heartland of Judea and Samaria, as well as the new measures against the BDS movement, could put pressure on the new US president to make changes, but he must be very careful. 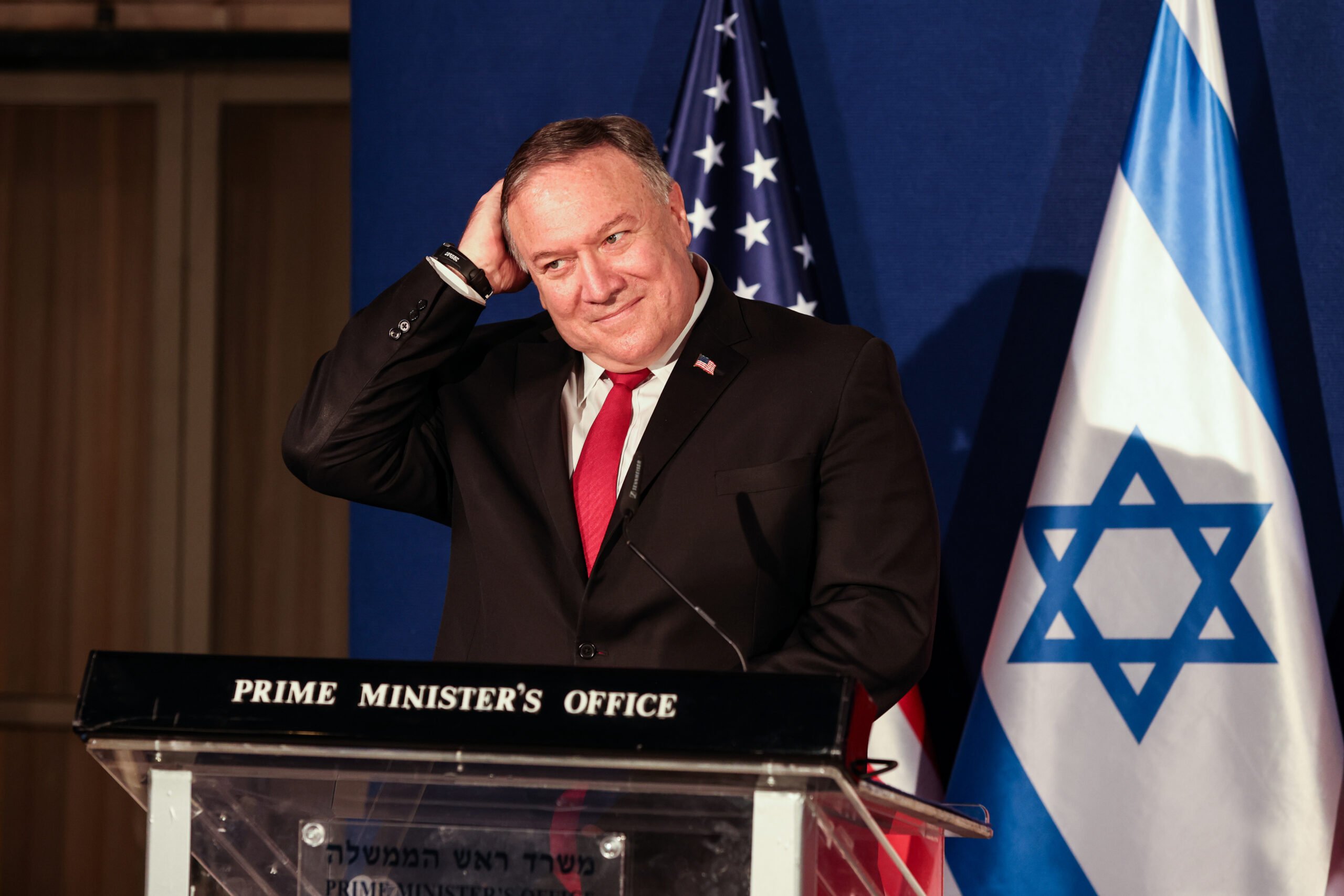 Pompeo during his visit to Israel on November 18, 2020

“I am absolutely confident,” Pompeo repeatedly stressed, “that God is involved in developments in the Middle East.” The Bible-believer is adamant that “Christians must continue to fight as the redemption of the Last Days approaches.” For the mainstream media, mixing politics and the Bible is politically disastrous, especially when practiced by leading politicians. And yet Trump’s foreign policy has achieved more in the Middle East than the foreign policy of all his predecessors. Arab governments and Israel are in agreement. The question now is whether Judea and Samaria will be annexed at the last moment, a move that was postponed to facilitate the peace agreements with the three Arab countries. What will Jerusalem and Washington achieve with regard to Iran before the change of government in mid-January 2021? So far, it’s a mystery. Either way, both governments know exactly what needs to be done now, and it must be implemented quickly to present the new US administration under Joe Biden and Kamala Harris with a fait accompli.