The accuracy of the weight attests to advanced technological skills as well as to the weight given to precise trade and commerce in ancient Jerusalem.

An ancient limestone weight, dating to the Iron age – the First Temple period, was discovered in an archaeological excavation conducted by the Israel Antiquities Authority in conjunction with the Western Wall Heritage Foundation  beneath Wilson’s Arch adjacent to the Western Wall of the Temple Mount in Jerusalem. The weight, corresponding to the known measurement unit of two shekels, was retrieved during sifting of earthen fills by the City of David sifting project. The excavation is nearing its completion, unearthing fascinating discoveries soon to be included in the tour of the Western Wall Tunnels.

According to Dr. Barak Monnickendam-Givon and Tehillah Lieberman, directors of the excavation on behalf of the Israel Antiquities Authority:

“The weight is dome-shaped with a flat base. On the top of the weight is an incised Egyptian symbol resembling a Greek gamma (γ), representing the abbreviated unit ‘shekel.’ Two incised lines indicate the double mass: two shekels. One of the uses of the shekel weight system during the First Temple period was to collect an annual tax of half a shekel dedicated to the sacrifices and upkeep of the Temple. According to previous finds, the known weight of a single shekel is 11.5 grams, thus a double shekel should way 23 grams – exactly as this weight does. The accuracy of the weight attests to advanced technological skills as well as to the weight given to precise trade and commerce in ancient Jerusalem. Coins were not yet in use during this period, therefore accuracy of the weights played a significant role in business.

“Year-round and especially during the times of pilgrimage, the area at the foot of the Temple Mount was sure to be busy. Locals and pilgrims would have traded for sacrifices and offerings as well as for food, souvenirs and other commodities. A weight such as the one discovered would have been used to measure accurate amounts of products at the market.” 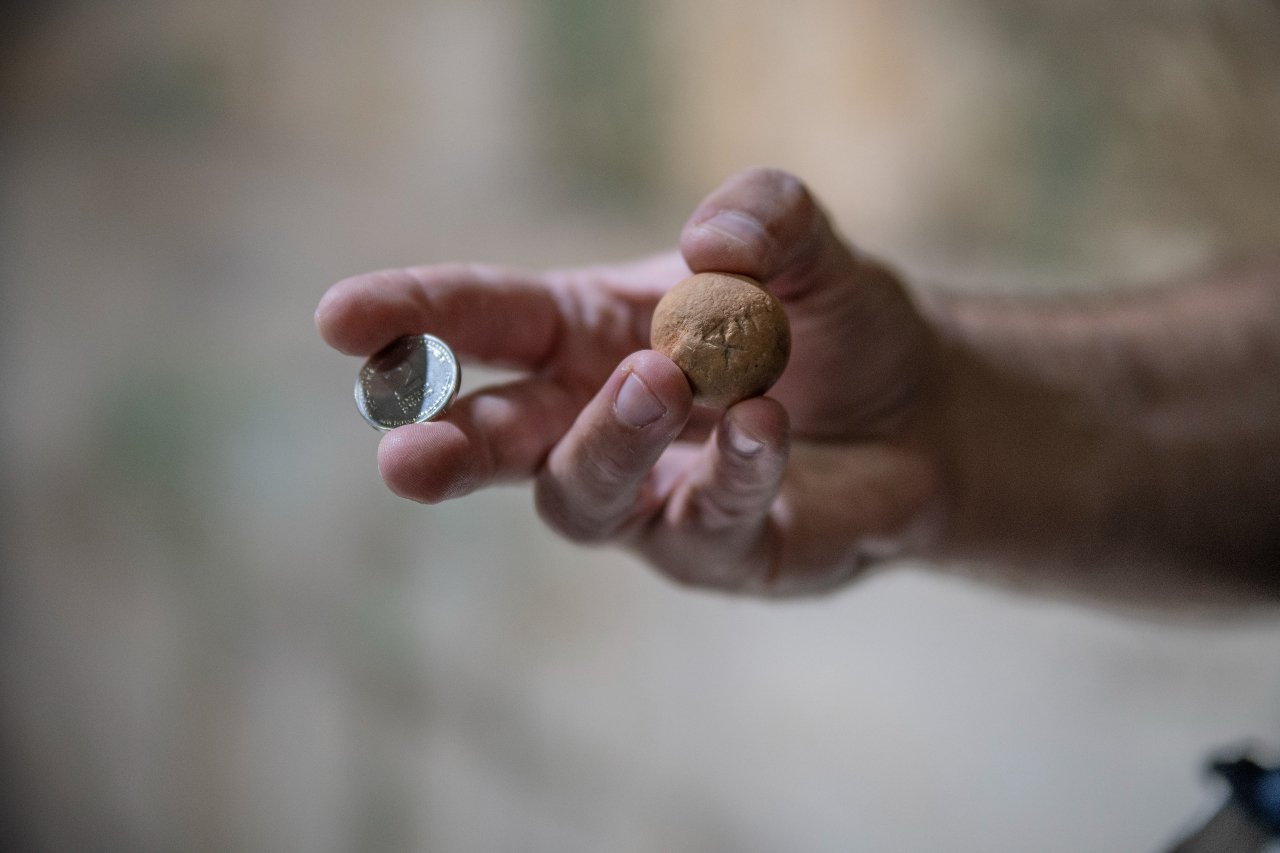 During previous archaeological excavations beneath Wilson’s Arch, directed by Dr, Joe Uziel, Tehillah Lieberman and Dr. Avi Solomon, several stone courses of the Western Wall were exposed, after being covered with earthen fills some 1,800 years ago.  The renewed excavation continues the previous discoveries of the preceding dig. “The unique finding from the First Temple Period, discovered in a context  dating several centuries later,  to the Roman period, indicates that the area of the Western Wall encapsulates various remains from a wide range of periods reflecting the centrality of the area for many centuries,” added Dr. Monnickendam-Givon and Lieberman.

How a Biden Presidency Would Impact the Mideast