Home Featured Resistance or Stability: How the Abraham Accords Altered the Game

Resistance or Stability: How the Abraham Accords Altered the Game

Israel and the Gulf states had quiet ties for decades with no diplomatic breakthroughs. What has changed now?

After the United Arab Emirates and Bahrain broke the ice by establishing full relations with Israel, US President Donald Trump announced that many more Arab countries were in line to do the same, including Saudi Arabia. Dr. Alexander Shumilin, of the Institute of Europe at the Russian Academy of Sciences, believes that if this holds true, we could soon see the formation of a new Middle East.

According to the teachings of Abraham

Following not only the announcement of the UAE and Bahrain deals, but also the warm atmosphere in which the new relations were being conducted, it became clear that these monarchs, and indeed the Arab world as a whole, were ready to take responsible strategic decisions to reshape the region.

The signing of the agreements was nearly a carbon copy of what happened 41 years ago, when US President Jimmy Carter oversaw the Camp David Accords between the leaders of Egypt (Anwar Sadat) and Israel (Menachem Begin). This includes the fact that in both cases there was enticement for the Arabs in the form of billions in US military aid to Egypt in 1979 and the supply of F-35s to the UAE today.

But some things are not the same. The first attempt to normalize relations between Egypt and Israel in 1979 sparked condemnation and even outright rejection from most Arab countries. In protest, Egypt was expelled from the Arab League and its headquarters was transferred from Cairo to Tunis. The Arab League only returned to the Egyptian capital in 1991.

In was in that same year that an international coalition intervened to eject Iraq from neighboring Kuwait in the first Gulf War. The events around the Iraq-Kuwait conflict were a turning point that opened the eyes of Arab elites to the fact that most of their troubles and unrest were not linked to Israel, but to deeper social, political and religious divisions. It also became apparent that the Soviet Union was not as ready as before to stand with its radical regional agents such as Saddam Hussein, Hafez al-Assad and Muammar Gaddafi. Hence the desire of responsible Arab politicians to lay the foundation of a new Middle East, which meant turning the page on the Arab-Israeli conflict. 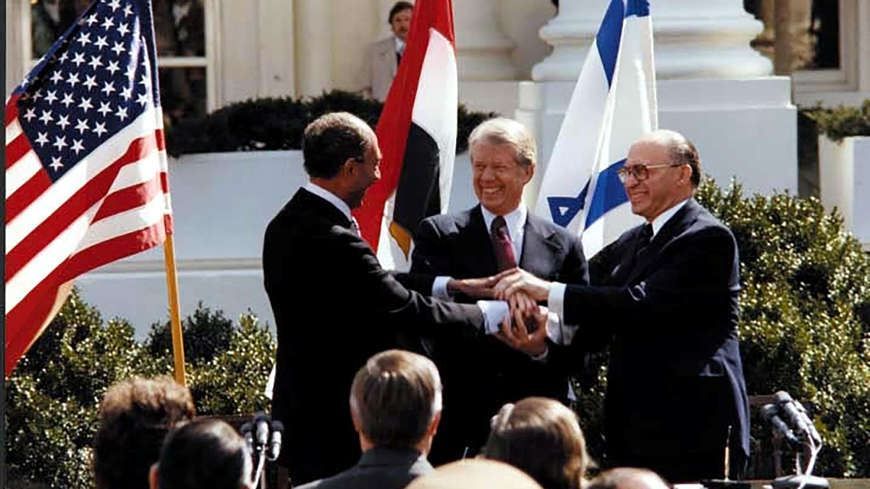 Echoes of the Camp David Accords signing in the signing of the Abraham Accords.

In 1994, Jordan concluded a peace treaty with Israel. In 2002, an Arab peace initiative (originally authored by Saudi Arabia) was presented. Until then, all two-state solutions had come from Western peace brokers. This was the first manifestation of a realistic approach by the Arab League in which a Palestinian state did not replace Israel, but was established alongside it. It is upon this principle of accepting Israel as the first step toward a two-state solution that the UAE and Bahrain chose to normalize relations with the Jewish state.

As we know, the Palestinian leadership rejects the positions of the UAE and Bahrain as insufficient to pressure Israel, and tantamount to a betrayal of the “Palestinian struggle.” But they have failed entirely in their efforts to revive the policy of boycotting “Arab brothers” for making peace with Israel, as happened to Egypt from 1979 to 1989. On September 10 of this year, the foreign ministers of the Arab League member states rejected a Palestinian request to condemn the UAE over its agreement with Israel. “The discussion on this issue was serious, comprehensive and took time. But we failed to reach an agreement on the text of the resolution proposed by the Palestinians,” Hossam Zaki, Assistant Secretary-General of the Arab League, said. Something unprecedented had happened: The Palestinians found themselves isolated in the Arab League.

At the same time, the number of countries willing to follow in the footsteps of the Emirates began to increase. Bahrain quickly got onboard in time to join the White House signing ceremony, and President Trump said that many more Arab states would soon do the same. This list is an agglomeration of conservative Arab states (Saudi Arabia, Kuwait, Oman, the Emirates, Qatar, Bahrain), which, by virtue of tradition and rigidity, have delayed normalization of relations with Israel for much longer than others, namely Egypt and Jordan. To break this unfortunate cycle, the UAE and Bahrain have taken a step that will undoubtedly affect the military and political situation in the Middle East, and especially in the Persian Gulf. That doesn’t mean the entire region will instantly become stable and calm. Many new political processes have now been set in motion according to a whole new set of rules that, as the signatories say, follow the “commandments of Abraham,” the father of all Semitic tribes. 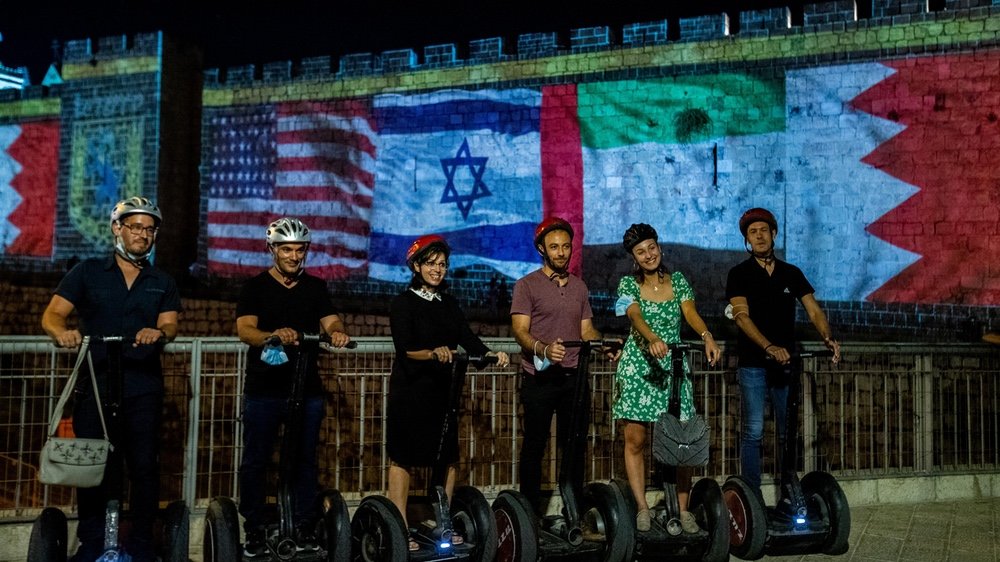 Jerusalem celebrates the Abraham Accords by lighting up the walls of the Old City.

Why Bahrain and the Emirates?

Bahrain and the United Arab Emirates resemble their neighboring Arab kingdoms in many ways, including the same foundational interpretation of the Sunni doctrine of Islam (only Qatar differs here, holding to the ideology of the Muslim Brotherhood) and an economy based on the export of hydrocarbons.

Where Bahrain and the UAE differ from the others is in their long-standing constitutional traditions (since the early 1970s) that have created systems to harmonize the interests of different classes of society while preserving the privileged positions of their ruling clans. They have also been ahead of the curve in their interest to modernize their economies, while preserving national and religious customs. Bahrain and the UAE were the first in the region to open up to foreign tourism, and both have become important hubs of international activity, including air travel between Asia, Africa and Europe.

To maintain the long-term effectiveness of this “modernization,” a special socio-psychological atmosphere was established in these two monarchies, under which foreigners were allowed to lead their usual way of life (in the liberal Western style), but in a way that did not undermine the foundations of traditional society. It is a careful coexistence of two civilizations in a small space, something that is unimaginable in other Gulf monarchies. The inhabitants of the Emirates and Bahrain are imbued with a spirit of tolerance. While Islam remains an important component of their culture, it is not declared in rigid forms nor is it the only criterion that defines the daily life of local residents.

For years already, interfaith forums have been hosted in both Abu Dhabi and Manama, where representatives of Islam, Christianity, Judaism and Buddhism have been free to discuss the common problems of all people. And this is notable considering that these two countries have different religious landscapes. A majority of Emiratis are Sunni Muslims, while Shiites are a majority in Bahrain. Additionally, Jewish communities have lived and prospered in both countries for centuries. The state and social systems based on the axioms of moderate Islam in the Emirates and the Kingdom of Bahrain represent a special phenomenon, and it is little wonder that both are strongly opposed to fundamentalism in the region.

As noted, Israel has had quiet communication with both Bahrain and the UAE for decades, but with no diplomatic breakthroughs. What has changed now?

Among the main factors are the exacerbation of the Sunni-Shiite strife with regard to the conflicts in Syria and Yemen, and the outbreak of unrest in Iraq and Lebanon. All this is a direct result of Iran’s intensifying expansionist policy in the region. The Turkish leadership is also actively trying to re-establish its influence within the former Ottoman Empire, reflected in its policies toward Syria and Libya, which the Arab states consider hostile. Put simply, Iran and Turkey are expanding their presence in the Arab space, and doing so at the expense of the Arab community. This has put the Arab monarchies in a difficult position and compelled them to upgrade relations with the most advanced and effective military power in the region, Israel.

Related to the above is the mounting concern of the Arab monarchies that the Western countries, Russia and China will return to a policy of “excessive complacency” toward Iran, and reinstate a nuclear deal that Israel and the Arabs deem to be a threat to their security. The Arab Gulf states view Iran’s increased aggressiveness in recent years as a direct result of this nuclear deal, and are worried that Joe Biden will return to the regional policies of his former boss, Barack Obama, that facilitated the present situation. 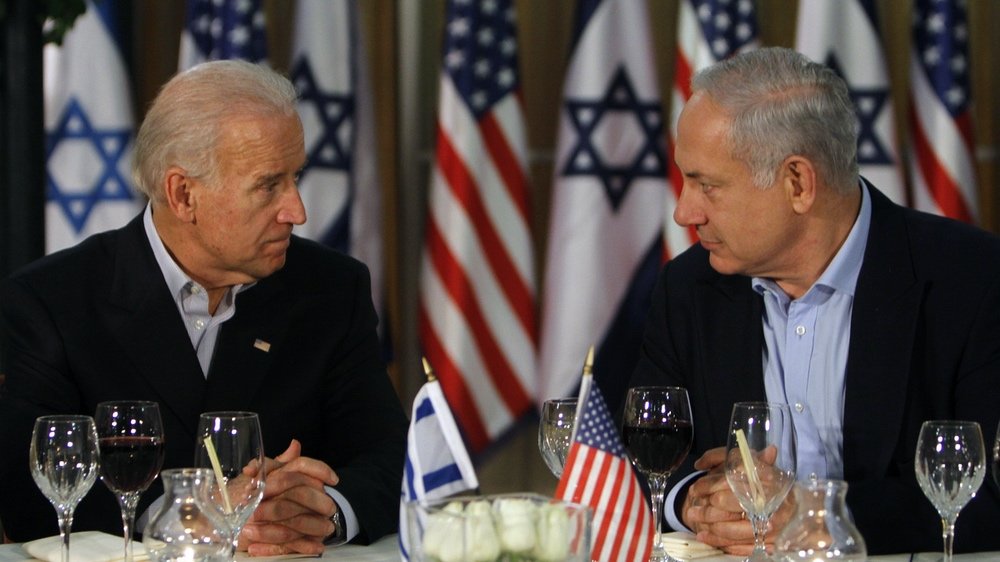 Biden has signaled that as president, he’ll return the US to the Iran nuclear deal, which has Israel and the Arab states nervous.

Nor can we ignore the impact of President Donald Trump’s “Deal of the Century,” which provided backing for Israeli efforts to annex parts of the West Bank, which in turn compelled the Gulf states to take a drastic step to “save” the vision of Palestinian statehood by preventing the Israeli move. Whether or not the outcome was by design, Israel’s delaying the annexation was exchanged for full normalization.

As a result of all the above, there was a convergence of interests between the Arab states, Israel and the US that could end up permanently altering the military and political alignments of the Middle East. The parties to the Abraham Accords argue that an “alliance of stability and moderation” is being established in the region to confront the “alliance of resistance” that Tehran has forged in Syria, Yemen, among the Shiites of Iraq and Lebanon, and with the Palestinian terror group Hamas. Through partnership with Israel, the Arabs intend to curb Tehran’s expansionist appetite, and send a firm message to the Turkish regime of Recep Tayyip Erdoğan.

THINGS YOU SHOULD KNOW BEFORE YOU BAPTIZE IN THE JORDAN RIVER