Home Featured The 7 most BEAUTIFUL & INSPIRING places in Jerusalem!

The 7 most BEAUTIFUL & INSPIRING places in Jerusalem!

If you’re looking to see some truly beautiful and inspiring sites in Jerusalem, this little list should definitely point you in the right direction!

Of course, it’s not all about the beauty in Jerusalem, as it goes way deeper than that. Everyone knows a bit about the Christian/Jewish/Islam heritage of Jerusalem, but what’s surprising is how this history is still present everywhere. In the Old City, for example – one of Israel’s true must-sees – it truly feels like walking through another era.

There’s so much beauty and history in this city that you could easily spend a week here without seeing everything – but here’s a quick guide to the most breathtaking and beautiful places in Jerusalem, to give you some visual, if not spiritual, inspiration!

Dome of the Rock

There’s no need to introduce the Dome of the Rock, right? It’s the most iconic landmark in Jerusalem already, maybe even in the whole of Israel. This Muslim building stands at the top of Temple Mount and can be seen from many places in the city (if you’re lost, look for the shiny beautiful golden roof to guide you home)! You could wander forever around the plaza around the Dome of the Rock, but it’s so much more than that – this is the very heart of the Old City and a place of deep religious significance. 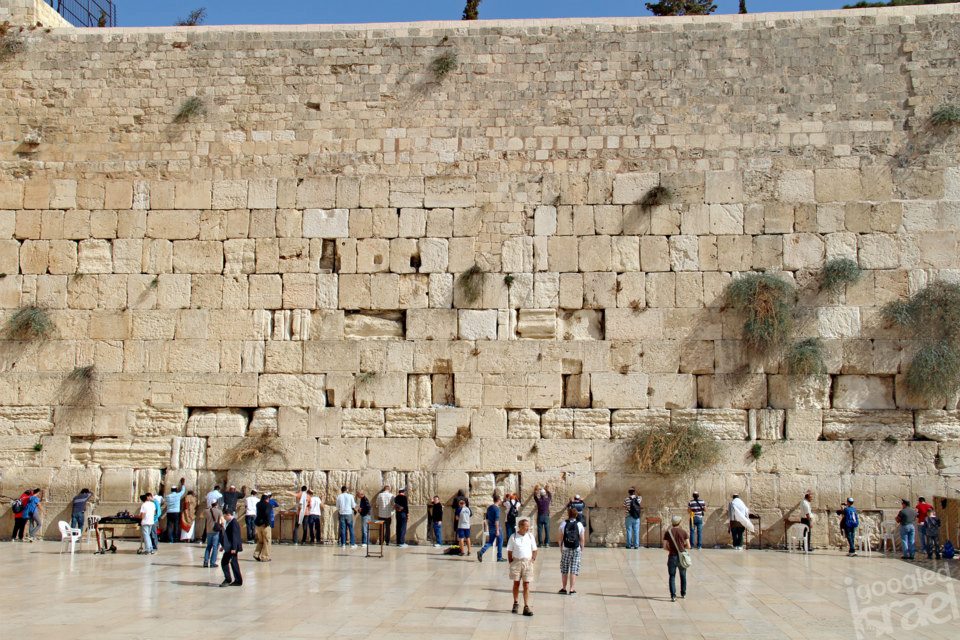 The Wailing Wall, also called the Western Wall (or HaKotel in Hebrew), is the one thing everyone expects to see in Jerusalem, and it completely delivers on all expectations. I don’t know if you can call an old wall beautiful, but the presence of all that history is very moving, and even more so when you realize that people still pray by that wall. Any history fan will also enjoy visiting the tunnels of the Western Wall that go back to the level of the Old City! 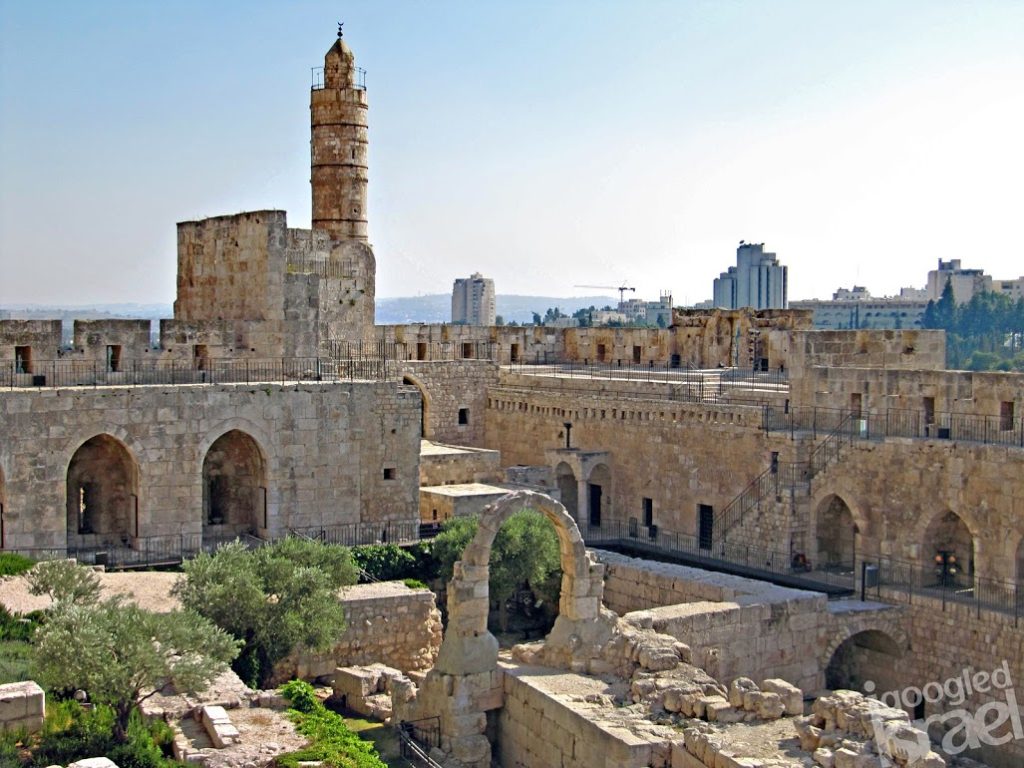 The Tower of David, also known as the Citadel, looks good from every possible angle. From afar, you can see how it tops the old walls of the Old City and at night, there’s the magical Night Spectacular show to make the whole place even more magical. If you have the energy to climb up the stairs to the top, you’ll get one of the best views over the Old City!

Church of the Holy Sepulchre 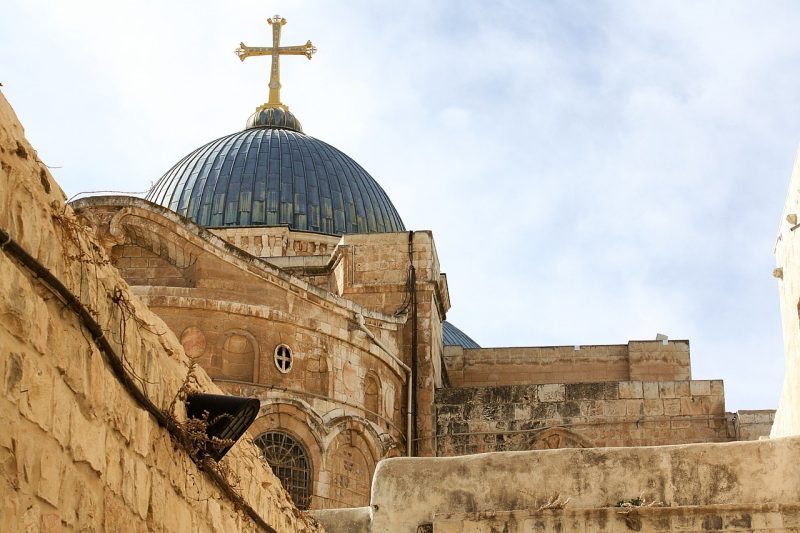 The Christian Quarter of Jerusalem was built around the Church of the Holy Sepulchre. It’s supposed to be the site of Jesus’ crucifixion, burial and resurrection, so it’s often full of pilgrims, which makes the place even more moving. Even if you’re not interested in the religious element of the church, the inside is insanely beautiful! It’s built as a big dome with light streaming down through all the arches decorating the walls, and at ground level everything is decorated with shiny gold. Magical!

Aside from the fact that this is the place where God is going to rise from on Judgment Day (that’s what they say, I’m not making it up), the Mount of Olives looks just like the perfect crossover between the Middle East and Greece. The Church of the Ascension that stands on top of that sacred hill has one of the best views over Jerusalem. It’s a bit steep to get to the top, but the climb doesn’t last long and it really is one of Jerusalem’s best spots, so surprisingly green and fresh! 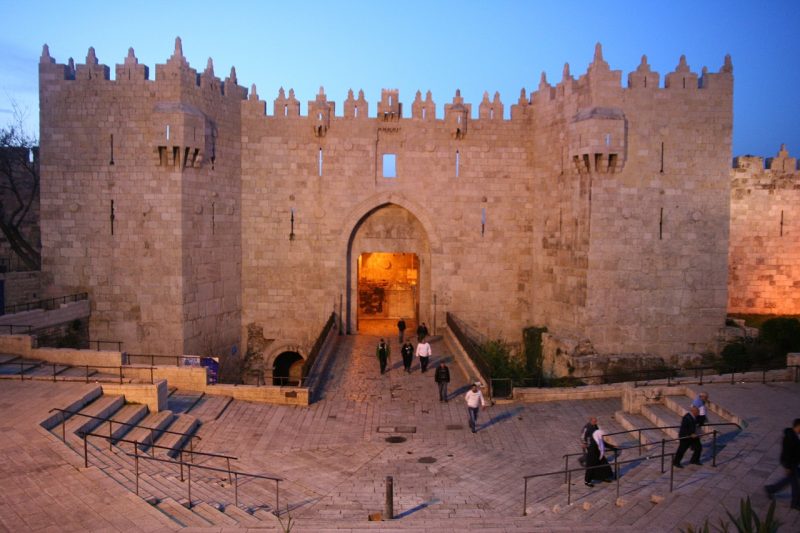 The Old City is walled by ancient fortifications, through which nine gates lead in and out of the area. The whole wall deserves a viewing, but the Damascus Gate is the most beautiful and famous of the nine. This section of the fortifications is barely worn down, you can even walk on top of it! From these walls that simply ooze history, the view over Jerusalem is impressive and historic (and that’s an understatement at best)! 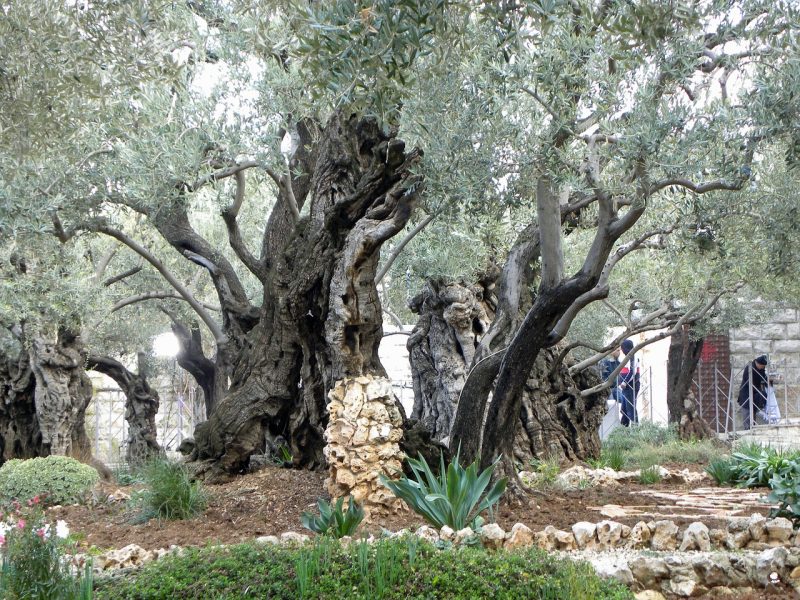 This famous garden is the spot where Jesus and his disciples went to pray after the Last Supper on the eve of his crucifixion. Steeped in biblical history, the Garden of Gethsemane remains an amazingly spiritual and tranquil spot, and is a must-see, together with the adjoining Church of All Nations. Some of the older, gnarly olive trees are even believed to have been around at the time of Jesus’ betrayal by Judas.

To be honest, Jerusalem is so full of history, breathtaking buildings and moving religious sites that it was very hard to choose only seven! If you want to see everything there is to see in Jerusalem while trying to understand the diverse religious influence behind those incredible places, the best option might be to take a tour focusing on the Jewish heritage of the city. In any case, trips to Israel cannot be complete without a thorough exploration of Jerusalem!