It wasn’t going to be easy to remove a brain tumor threatening the life of 2-year-old Ari Ellman of San Francisco. Experts at several US hospitals weren’t even sure it was possible.

But Ari’s tumor was removed, piece by piece, in a groundbreaking endonasal surgery lasting nearly 18 hours.

Following three more surgeries and six weeks in the pediatric ICU, Ari is “a gorgeous healthy boy who’s loving and living life to the fullest,” according to his mom.

It was an historic surgery. Neurosurgeons at Lucile Packard Children’s Hospital of Stanford University had never done this procedure on a child so young.

They felt confident enough to try the risky surgery because they were able to rehearse it to perfection using the Surgical Theater system developed by former Israel Air Force officers Moty Avisar and Alon Geri.

Some hospitals purchased five or six Surgical Theater systems and are using them also for cardiac and spinal surgery preparation as well as for training student surgeons. 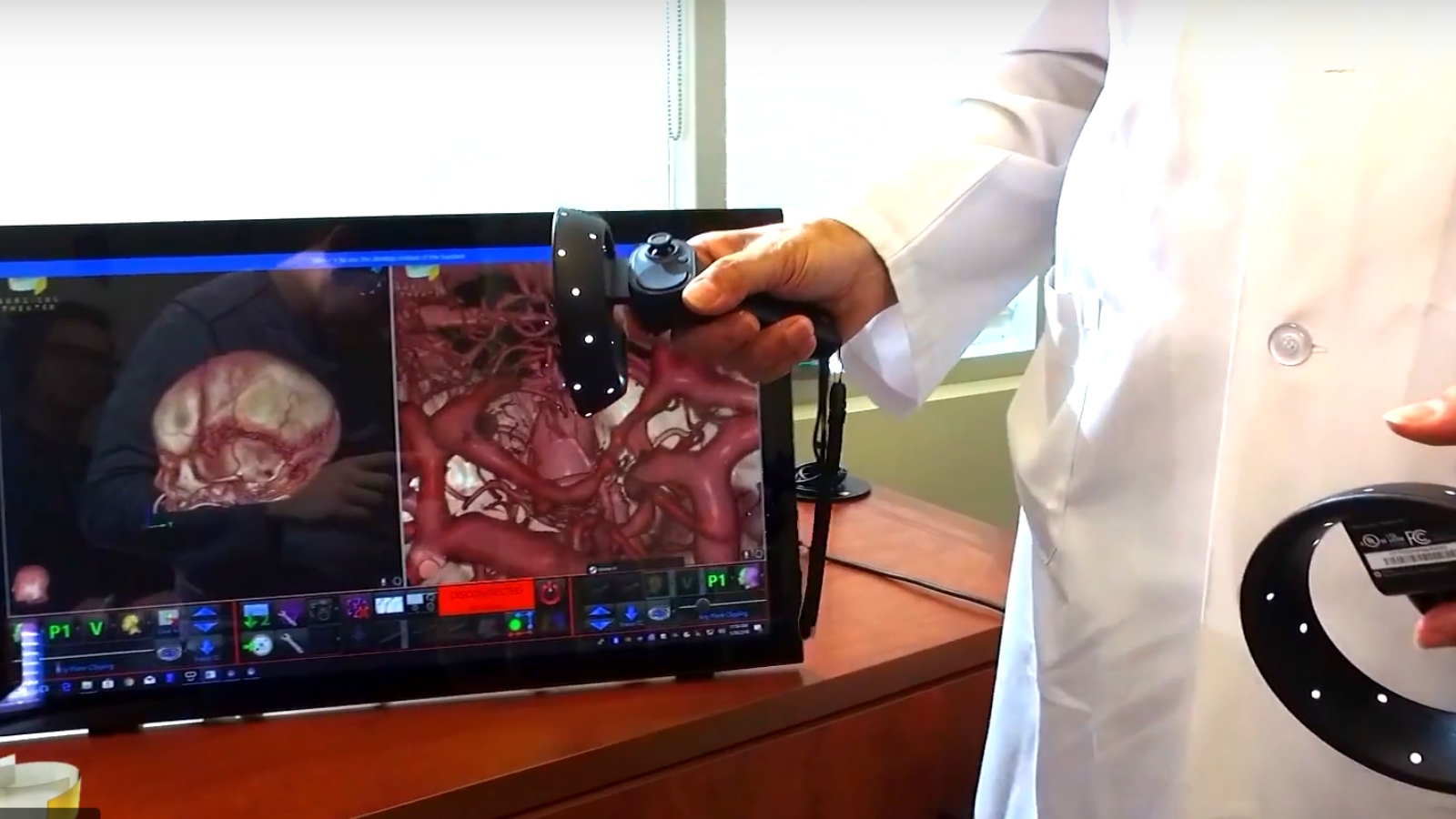 “The majority of translating what we knew from flight simulation to surgery was to understand more about what realism means,” said Avisar in 2012.

“In flight, it’s about the sun and the shadows of trees and mountains. In surgery, it’s more about how light reflects off tissue and how a surgeon understands depths and distances. It took us a while to understand how to translate a simulation into a realistic model. But according to surgeon feedback, we are there. They feel they are in the OR.”

According to Senior Vice President Eli Moshe, Surgical Theater is a three-part system.

The first part is a Precision VR Viewer that turns conventional black-and-white 2D patient scans (such as CT and MRI images) into an interactive 3D model to help patients and their families better understand the condition and how it will be treated.

“They can’t understand anything from looking at a CT; you need training to do that. In our system, the patients can really see the pathology in their brain,” says Moshe. 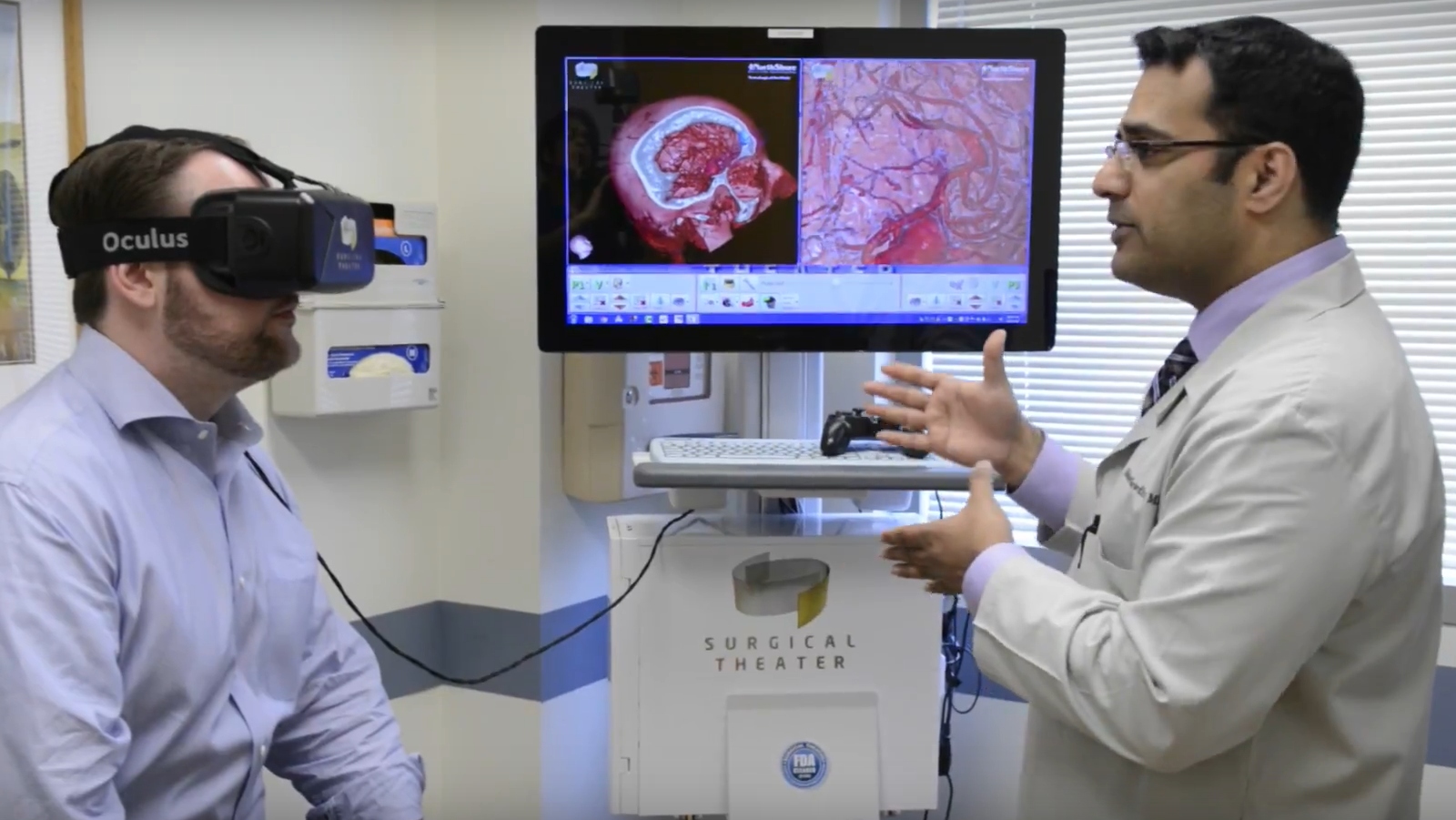 A patient looking into a VR model of his brain. Photo: screenshot

The second part is the Surgical Planner (SRP), which processes the 2D image files into patient-specific VR reconstructions to help neurosurgeons plan the procedure.

Using a VR headset, surgeons can “fly” through the digital reconstruction, study problem areas from every angle and develop a personalized surgical approach.

The third part of the platform is the SNAP (Surgical Navigation Advanced Platform), which integrates the patient-specific VR surgical plan into the existing surgical navigation system in the operating room. 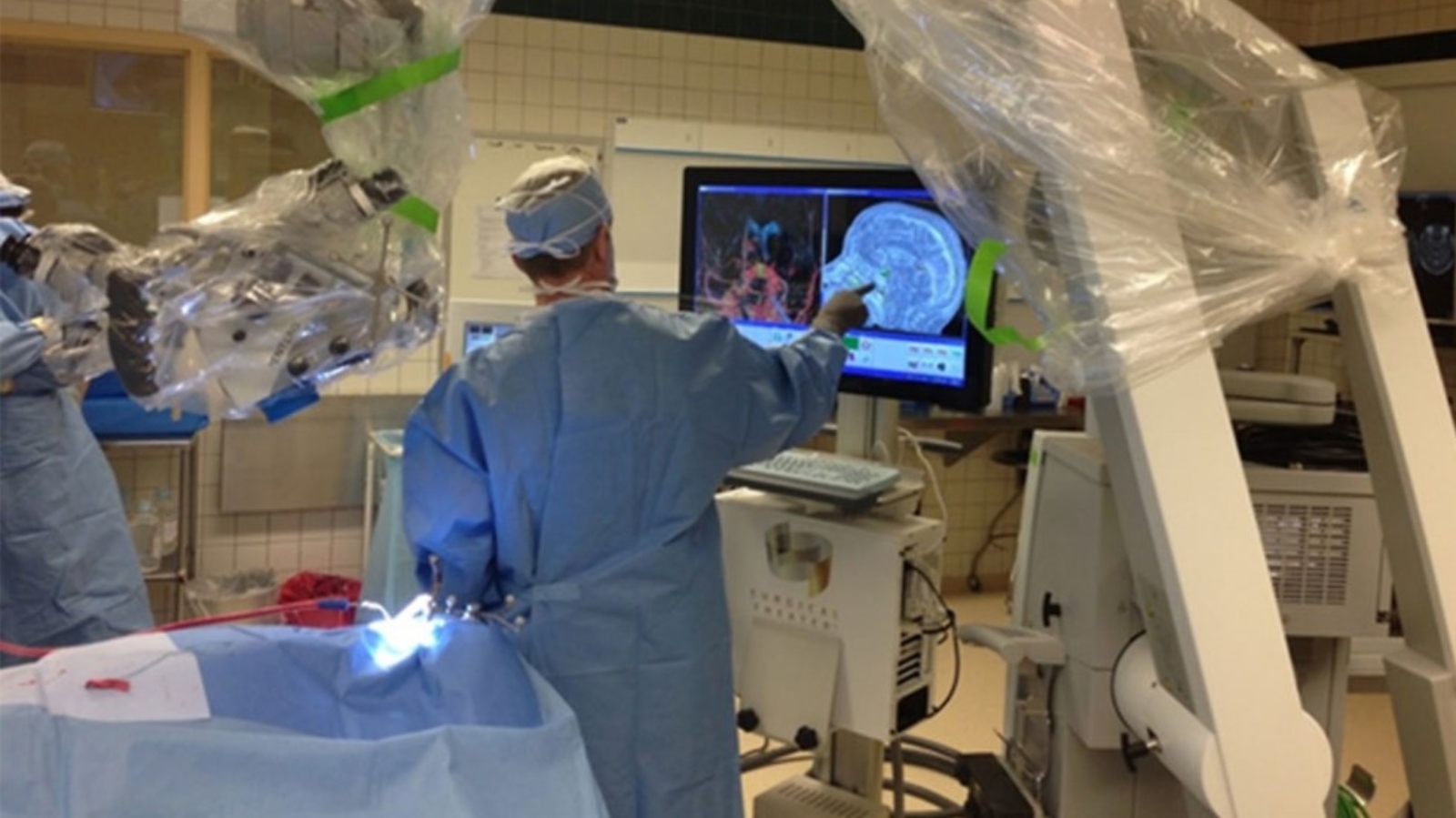 The detailed imaging made possible by the SNAP may lead to much more precise surgical procedures that can protect the brain and may optimize patient outcomes and recovery times, says Moshe.

The company has clinical proof demonstrating that the use of Surgical Theater led to a change in the original surgical plan in 25% of cases.

Reef had bleeding in the brain from an aneurysm before birth. Reef’s mom said it gave her peace of mind to know that Levy “could see everywhere he needed to see” thanks to the system. She and her husband used the Precision VR Viewer to better understand their baby’s condition. 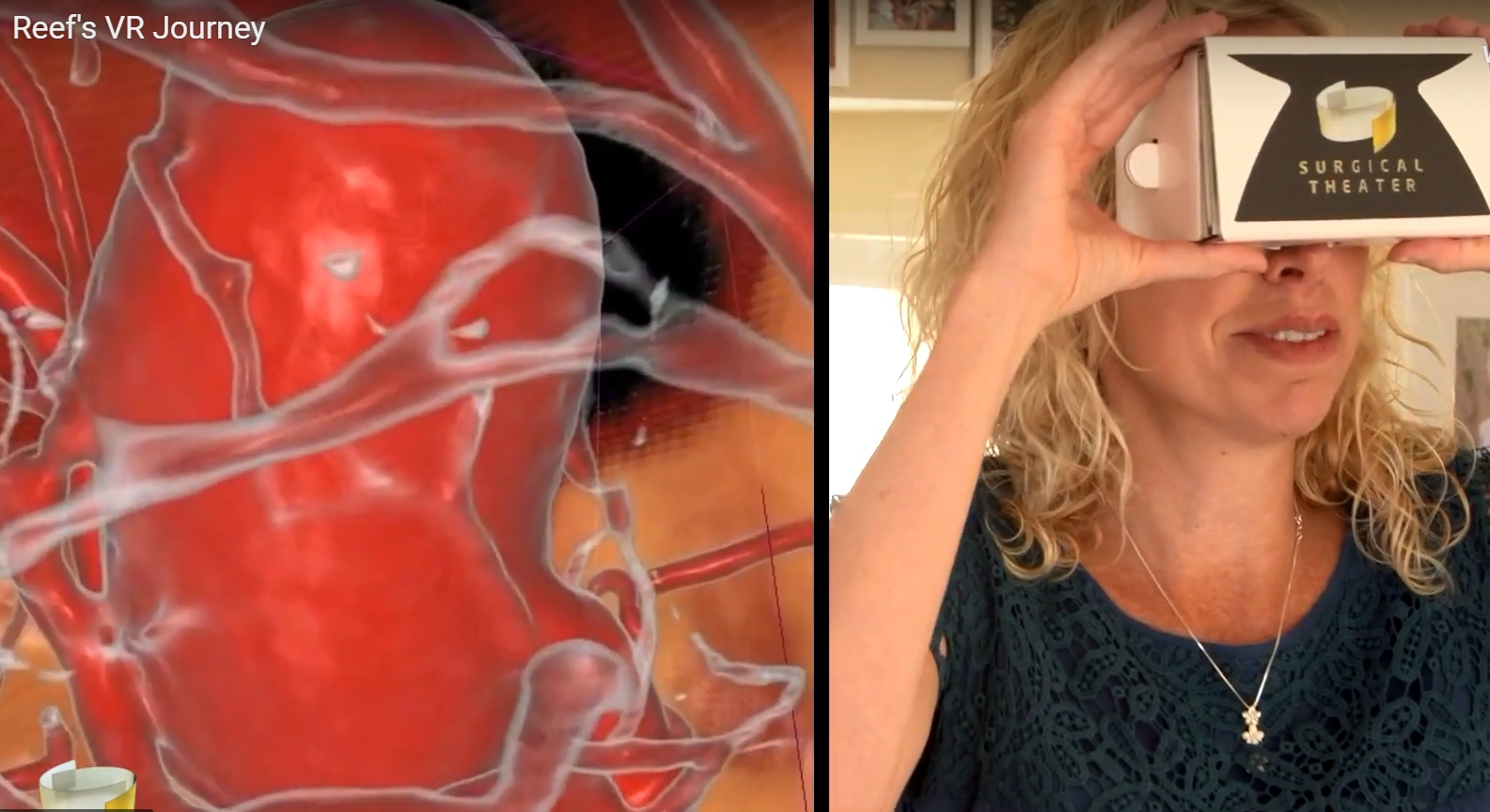 The SRP showed Levy that his original idea for approaching the aneurysm could have been fatal.

“For an aneurysm this large in a child this small, there are no second chances,” he said. The SRP “makes a very difficult case much easier.”

The surgery was a success and Reef is a normal, active little boy.

“If I didn’t have the 3D visualizations … it could have been disastrous,” said Levy.

Surgical Theater recently began sales in Israel and in Europe. The company has offices in Ohio, California, and Netanya, Israel.