Home Culture 10 of the best coffee table books about Israel

10 of the best coffee table books about Israel

The next best thing to touring Israel in person is admiring the beauty of its landscape, architecture, and people as captured on camera by talented photographers.

Below are 10 books featuring the visual splendor of Israel through a variety of lenses, perfect for displaying on your coffee table for family and friends to enjoy.

70 FACES OF ISRAEL by Ron Gafni

Gafni established his reputation on Israel from Above, a volume filled with his stunning aerial photography of Israel published in 2011, and Israel: God’s Heart, published in 2016 and featuring colorful landscapes.

His most recent title, 70 Faces of Israel, includes aerial photographs of Jerusalem, the Dead Sea, the Negev, Tel Aviv and the Galilee. Each picture is accompanied by short explanations in Hebrew and English about the location and its social and historical significance.

Bursting with vibrant photographs, Passage to Israel exhibits more than 200 images of Israeli landscapes, seascapes, architecture, interiors and holy sites taken by 34 photographers. Bloch has curated a visually unforgettable journey through time, place, religion and culture in the Holy Land. Images from the book are part of an international traveling exhibit. 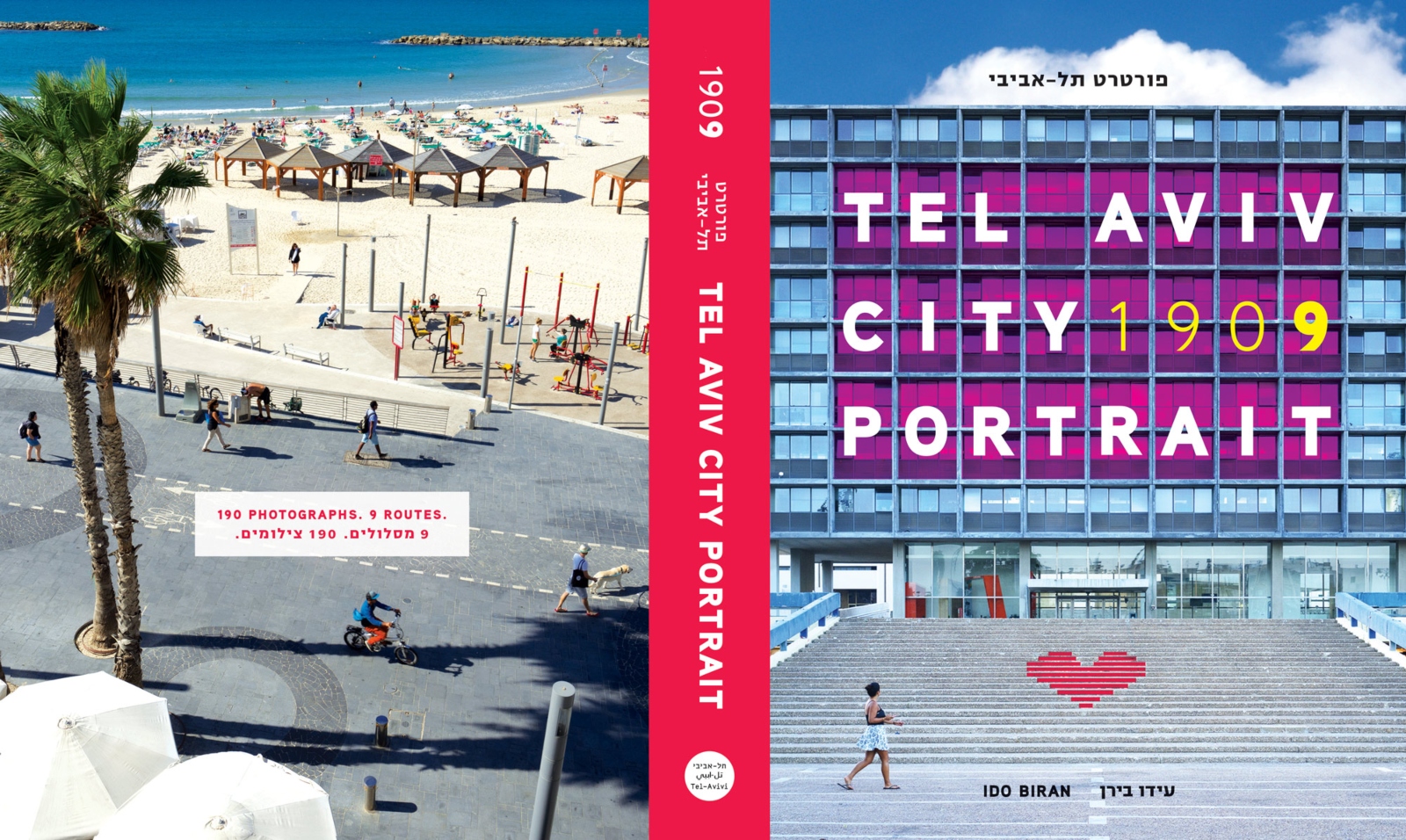 Otherwise known as the “Tel Avivi photographer,” Biran uses his architecture background to frame his visual adventures through Tel Aviv, documenting its architecture, beaches, street art and most importantly, its people, the “Tel-Avivim.”

1909 Tel Aviv City Portrait is both an essential photographic collection of Tel Aviv as well as an alternative travel guide.

The name combines two concepts: the city’s founding in 1909 and the book’s 190 photographs across nine routes.

This brand-new tome weaves narrative by veteran Israeli author, educator and tour guide Doron Kornbluth around photographs by Seth Aronstam, a South African émigré who has established himself as one of the premier art directors, graphic designers and visual artists in Israel and beyond.

Aronstam was among the first photographers in Israel to use advanced drones for still photography. His expertise makes this book a stunner.

The 100 curated pictures run the gamut from Jewish and Christian holy sites to the beaches of Tel Aviv and the Sea of Galilee, and a whole lot in between.

ISRAEL THROUGH MY LENS: SIXTY YEARS AS A PHOTOJOURNALIST by David Rubinger

The late photojournalist David Rubinger took some of the most iconic photos of modern Israel and its leaders, at first for Israeli media and later as a correspondent for Time-Life. In this book he narrates his own story and the stories behind his most famous pictures, many of which are reproduced here at full-page size. Also included are never-before-published personal photographs, which complete the visual document of the birth of a nation.

Released in 2018 in celebration of the State of Israel’s 70th anniversary, Israel Rising juxtaposes rarely seen photographs taken between the 1880s and the 1940s with contemporary images of the same locations shot by photographer Elise Monique Theriault. She and Hershey traveled throughout the land, by helicopter and on foot, retracing the steps of Jewish, Christian, and Muslim photographers to provide an unusual window into Israeli history.

This book provides an incredible expedition to the Promised Land’s landscapes, through 120 panoramic photographs taken from the snow-capped Hermon in the north to the Judean desert wilderness in the south.

The special bonus is that each page, via computer or smartphone, allows you access to 360-degree interactive virtual tours of that view filled with additional images and insights, powered by Panovision.

MY JERUSALEM: THE ETERNAL CITY by Ilan Greenfield and Ziv Koren

My Jerusalem combines a unique collection of photos by renowned Israeli photographer Ziv Koren with personal essays on Jerusalem by 36 personalities from Israel and abroad, including President Reuven Rivlin, former mayor of Jerusalem Nir Barkat and Harvard Prof. Ruth R. Wisse. The focus is on the everyday people of all faiths who live, work and worship in the capital city.