Museums show you things, and sometimes let you handle things, which demonstrate a certain subject or era. Living history museums, on the other hand, invite you to immerse yourself in a recreation of a certain time and place with the help of costumed guides and interactive experiences in an authentic setting. It’s the closest thing to getting in a time machine and going backward.

Next time you’re touring Israel, especially with children, consider putting one of these living history museums on your itinerary.

Genesis Land is situated in the Judean desert on the way to the Dead Sea. As its name suggests, this venue offers a guided biblical experience to visitors – while dressed in period costume — that includes a camel ride to “Abraham’s tent,” fresh pita baking, shepherding, mosaic making, drumming, pottery, scribal arts, and other hands-on workshops, as well as authentic kosher meals, served in a tent. You can reserve a spot for overnight desert camping, guided jeep rides, and camel treks, or book the site for an event. 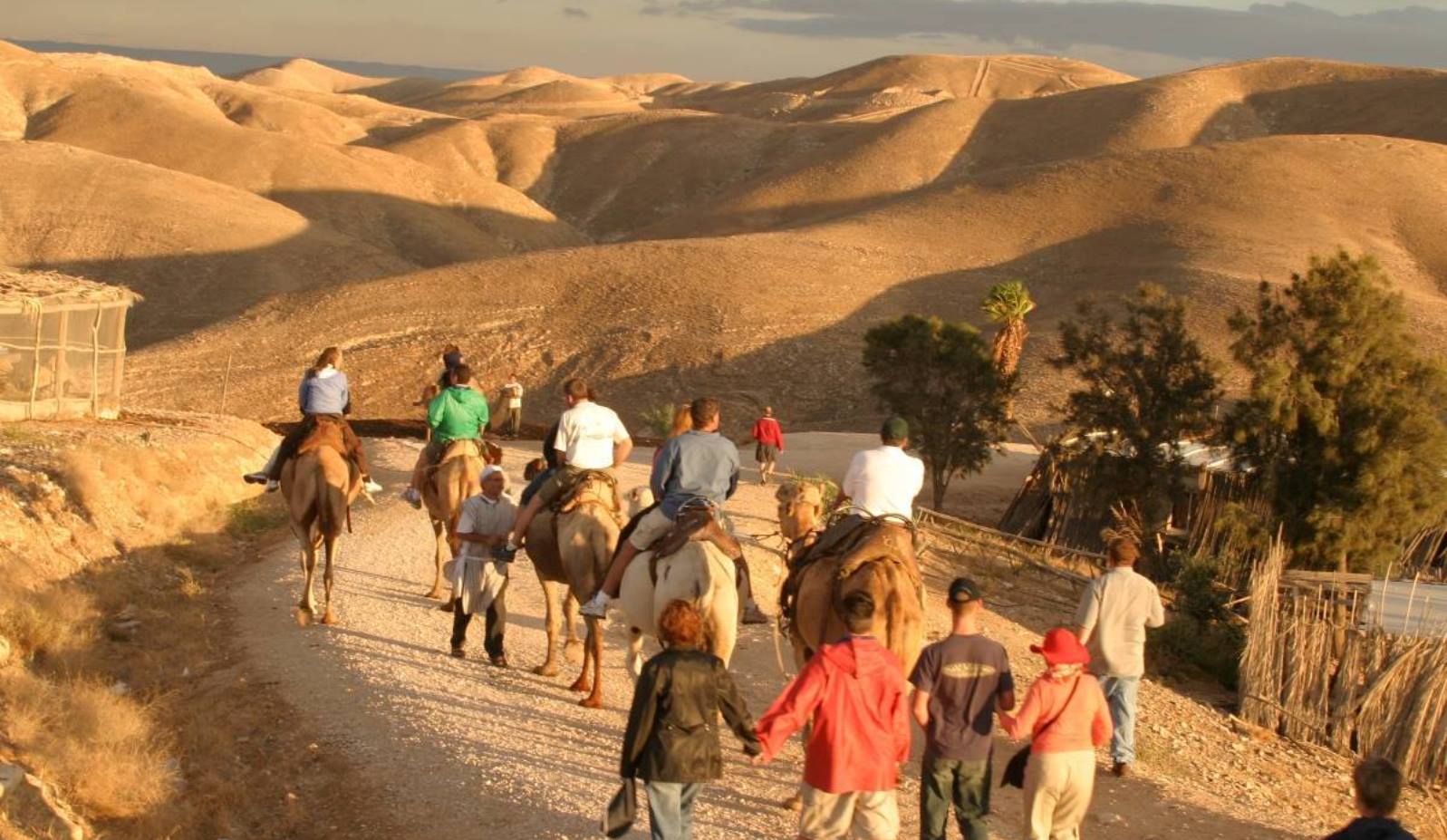 Ein Yael living museum is a former archeological site across the valley from the Jerusalem Biblical Zoo, dedicated to conserving ancient crafts found during digs here. Mostly it’s open by reservation. During the summer and school holidays, it features festivals and a recreated ancient Roman street filled with craftsman demonstrating arts of ancient times. There’s an animal corner with donkeys and goats, and workshops in wool weaving, basket weaving, mosaics, pan flutes and more. Groups of up to 30 people can arrange a private tour and two workshops, suitable for young children to adults.

Katzrin is the unofficial capital of the Golan Heights. Here and in the nearby Galilee, first-millennium scholars lived and began compiling Jewish oral laws and traditions into the many volumes of the Talmud.

Ancient Katzrin Park brings visitors back to these times in a restored Talmudic village experience built on actual archeological ruins. Actors and actresses in period dress lead you through typical activities of the times, including music, cooking, pottery, grape-stomping, and olive-oil making using an authentic press. Tour an ancient synagogue and recreated homes, and watch a movie explaining the compilation of the Talmud. 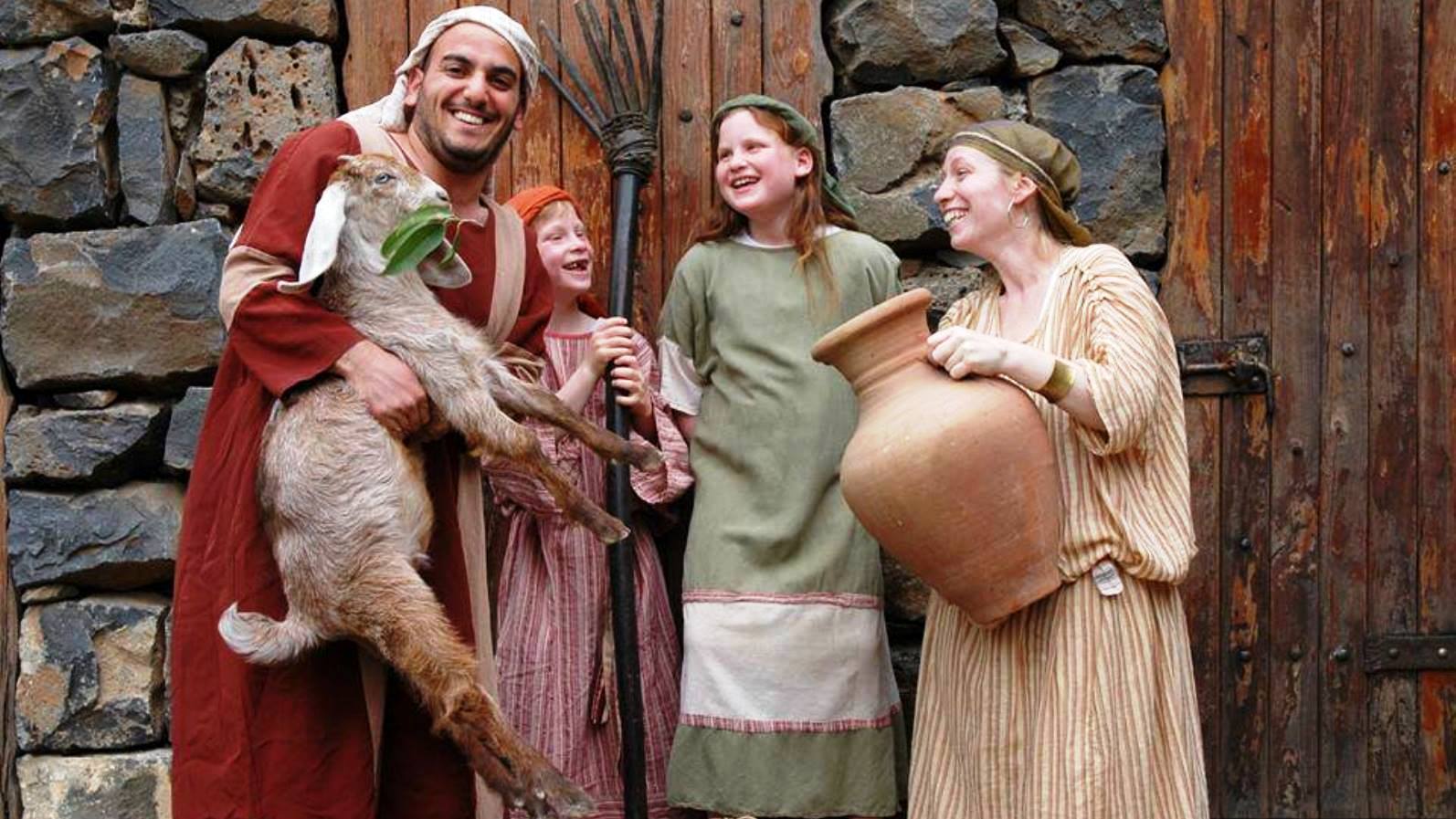 The experience ends with a rustic kosher meal inside a typical shepherd’s tent. There are year-round and seasonal activities for individuals and groups, and the venue also can be booked for group events of up to 250 guests.

This open-air museum in Nazareth reconstructs and reenacts village life in the Galilee hometown of Jesus. The village features recreated houses, terraced fields, wine and olive presses on authentic sites. The scenes are brought to life as “villagers” populate the farm and houses, living and working with the same type of clothing, pottery, tools and methods that Mary and Jesus would have used. There’s an option for partaking of a biblical-style meal and a “parable walk.”

Late-afternoon guided tours for individuals and groups in English can be arranged in advance at this unique biblical nature reserve in the Ben Shemen Forest between Jerusalem and Tel Aviv. Along the way are hands-on stations where participants can crush olives, thresh grain and perform other agricultural tasks as they were done in biblical times.