If you’re visiting Jerusalem, a visit to Yemin Moshe has to be on your bucket list! This historic neighborhood gives you a gorgeous view of Jerusalem’s Old City. And don’t forget your camera!

Yemin Moshe, including the historic houses of Mishkenot Shaananim, the very first Jewish neighborhood built outside the Old City, consists of some charming old stone buildings built in the 1890’s by Moses Montefiore. The neighborhood was established due to overcrowding within the Old City itself. 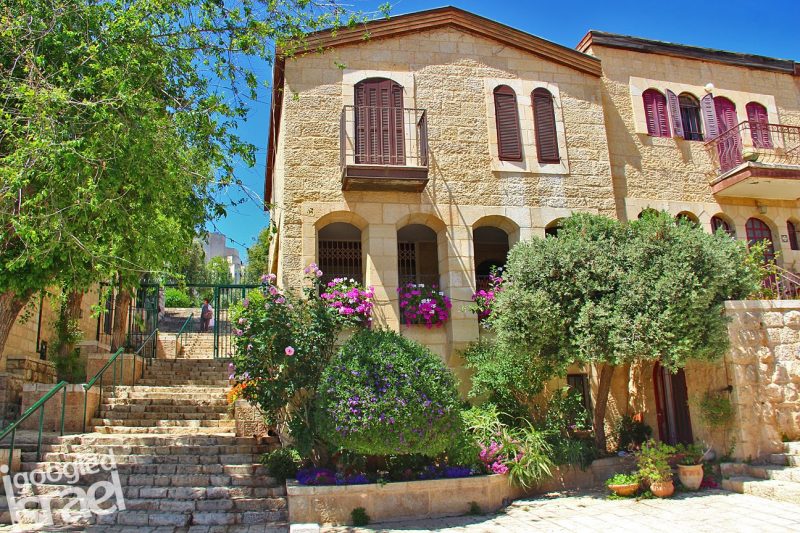 The neighborhood grew quickly, and together with the iconic Montefiore Windmill, which was originally built in 1857 (and restored in 2012) as a flour mill in order to provide its new residents with some sort of income, has since become one of Jerusalem’s hidden tourist gems.

That rise and rise as one of Jerusalem’s gems gained momentum after Israel’s re-capture of Jerusalem in 1967, when the ‘hood of Yemin Moshe was elegantly restored by artisans and individuals who were keen to restore the area to its prime.

Today, the neighborhood’s quaint alleyways are a popular place to stroll and explore. Strolling around the cobbled streets is one of the best ways to explore the place. Aside from the fact that the streets are too narrow for vehicles, walking around is so much better – it allows you to digest the picturesque houses, gardens, and views of the Old City walls.

The neighborhood of Yemin Moshe is located opposite the Old City, and close to iconic hotel, the Inbal, and Park Teddy and its refreshing water fountain park (don’t miss it in the summer!).