Home Culture 9 things you can only buy in Israel

While in today’s globalized economy you can buy pretty much anything from any place using the internet, there are some things best experienced in their country of origin. From a potent and mysterious liquor to addictive peanut butter flavored crisps, here are some things you can only (sort of) buy in Israel.

While the origins of numerous “Israeli” foods, such as falafel and hummus, are controversial, sabich is a categorically Jewish Israeli delicacy. Brought to the country by Jewish immigrants from Iraq from the 1950s onwards, today it is one of the most popular Israeli street food dishes. Sabich is a pita stuffed with fried eggplant, hard boiled eggs, chopped salad, hummus, tehina, and a drizzle of amba, a spicy mango sauce. The best spots in Tel Aviv for this delicious delicacy are Sabich Frishman and Sabich Tchernichevsky.

These peanut butter flavored crisps are a staple in family homes throughout Israel. Light and crunchy, Bamba is not only a delicious snack, but it is a medically beneficial one! A recent British study found that these addictive treats can prevent nut allergies when eaten by young children.

Israel is the only place in the world (excluding, curiously, Buenos Aires) where you can buy kosher McDonalds. For observant Jews from abroad who aren’t averse to indulging in the occasional fast food binge, then a meal at the hamburger giant is a must while in the Holy Land! 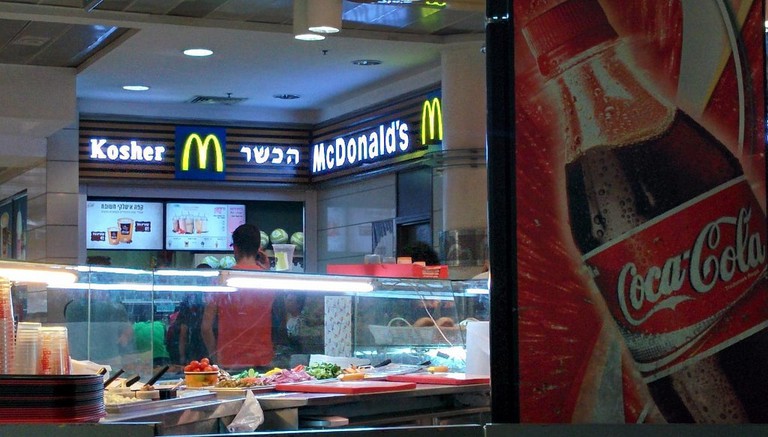 Krembo, which literally means “cream in it”, is a chocolate covered marshmallow treat and one of the most popular snacks in Israel. Around 50 million Israelis buy the snack every year, which is eaten predominantly during winter months. Vanilla is the most popular flavor, but mocha is also available. Get rid of some loose change and see what all the fuss is about!

Amba is a thick, mango pickle sauce that originates from Iraq. A popular condiment throughout Israel, amba is typically drizzled onto falafel or shawarma filled pita bread, or on savory Iraqi delicacies such as kibbeh. HaTikvah Market in south Tel Aviv is one of the best places to buy homemade amba, but be warned – eating it will leave you smelling of it all day!

Locally made arts and crafts

Israel is home to a vibrant community of artists and creators, so it is no surprise you can find beautiful handmade arts and crafts in the Jewish state. Head to Nahalat Binyamin, a long street adjacent to Carmel Market in central Tel Aviv, where twice a week there’s an excellent arts and crafts market. You’ll find anything from beautiful handmade jewelry to quirky gifts and stunning prints from Israeli photographers. Alternatively, head north to the picturesque towns of Rosh Pina and Zichron Yaakov, where you’ll find numerous shops selling Israeli arts, crafts, and other souvenirs.

See for yourself why Condé Nast Traveller ranked Israel as the third hottest wine destination for 2016. With over 200 boutique wineries throughout Israel, from Golan Heights Winery in the Golan region to Tishbi Winery in Binyamina, there is plenty of choice for wine connoisseurs. Misty Hills (red) by the Tzora winery in the Judean Hills, and Chardonnay (white) by Matar Winery in the Galilee region were among the Israeli wines most highly rated by the venerable wine publication Wine Spectator in 2016. 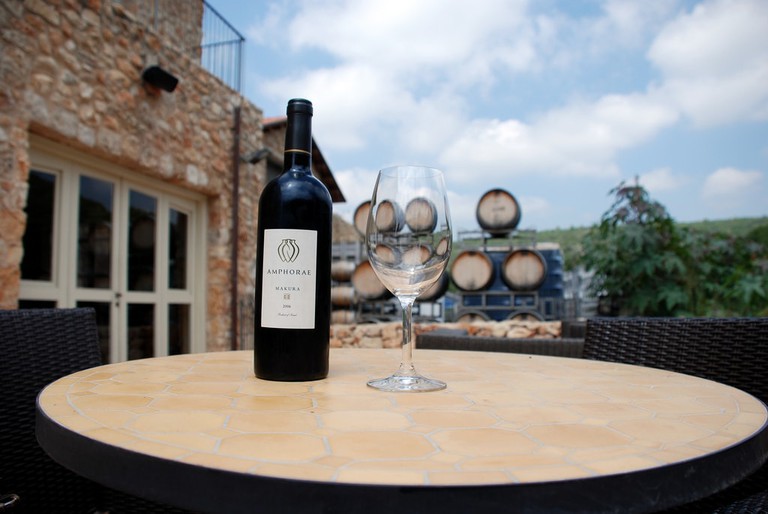 Nestled minutes from Tel Aviv’s Carmel Market, on a side alley off Allenby Street, is Halper’s Book Store. Here you can find a large selection of literature in numerous languages, including rare Israeli magazines as old as the state itself. These give a fascinating glimpse into the culture of the nascent Jewish state and are certainly interesting items to own. Rare Hebrew books and other collector’s items can also be found at M. Pollak Books, on nearby King George Street.

Wander through the shuk in Jerusalem’s Old City and you’ll find jewelry stores where you can get personalized Hebrew name necklaces made right in front of you. You’ll be hard-pressed to find places doing the same anywhere outside of Israel, so be sure to buy one in the Holy Land – they make for great gifts. Just don’t forget to haggle!