Israeli photographer’s works take a walk on the weird side

Skyscrapers appear to undulate through the lens of renowned Israeli photographer Eitan Vitkon in his 1999-2003 Liquid Architecture series, among those now on display in his solo exhibition, “Blowing in the Wind,” at the Feinberg Graduate School of the Weizmann Institute of Science in Rehovot.

Vitkon created the images using mirrors of metallic foil or soap bubbles – two fragile materials that manage to overpower the tall buildings and render them as part of an unseen reality of constant change and flow. 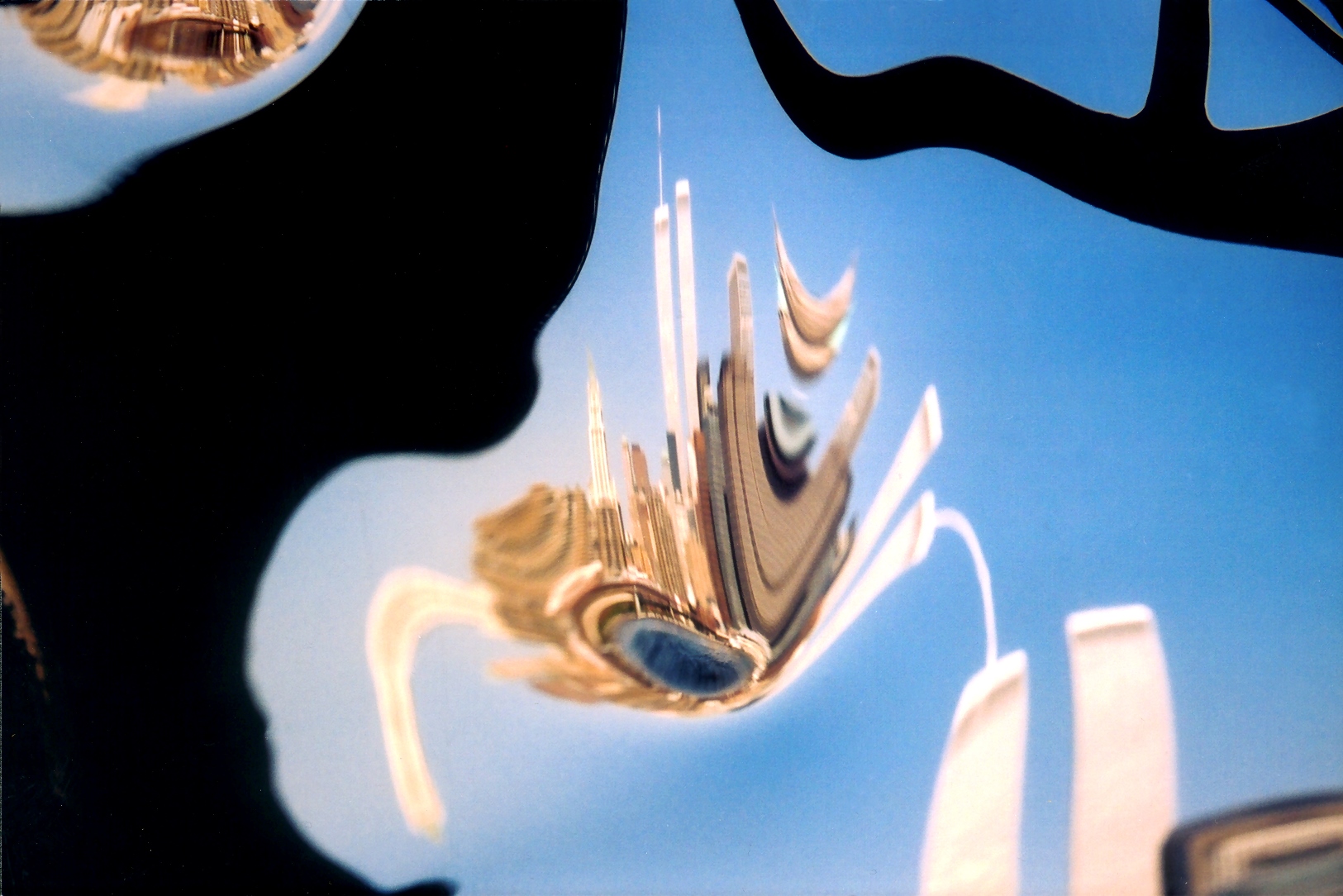 “In our need for order and stability, we are accustomed to see the straight lines in the buildings of cities like New York as a sort of validation of a ‘good’ world order. The photographs of Eitan Vitkon infringe on this sense of security,” states the exhibition catalog.

“The sight of buildings that are blowing in the wind or swept in a current are disturbing, indicating uncertainty.” 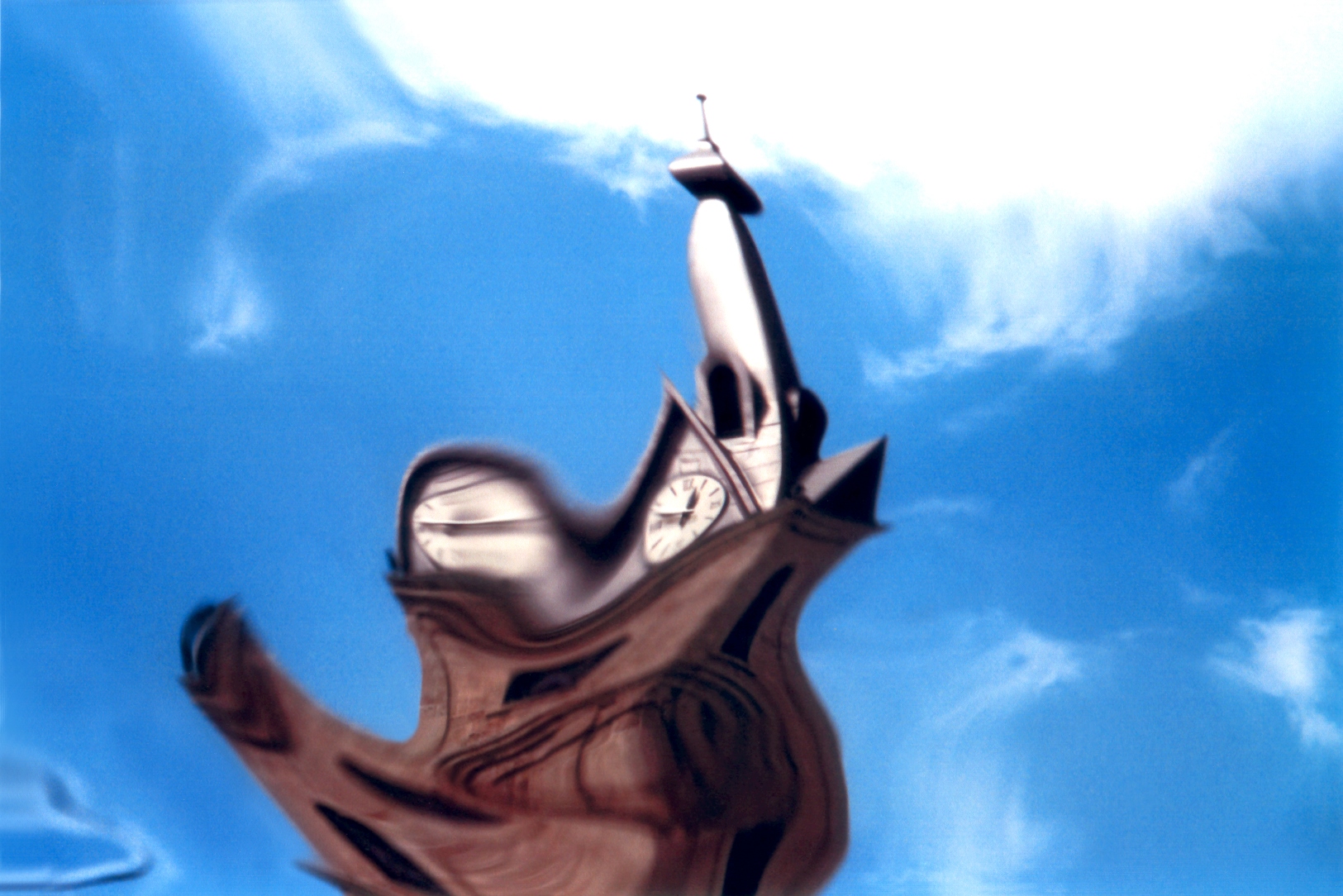 Born in 1967 in a small village in the south of Israel, Vitkon earned an architecture degree from New York’s Pratt Institute in 1999 and there developed a passion for using the camera to carve out a creative mental space away from the often rigid realm of architecture. 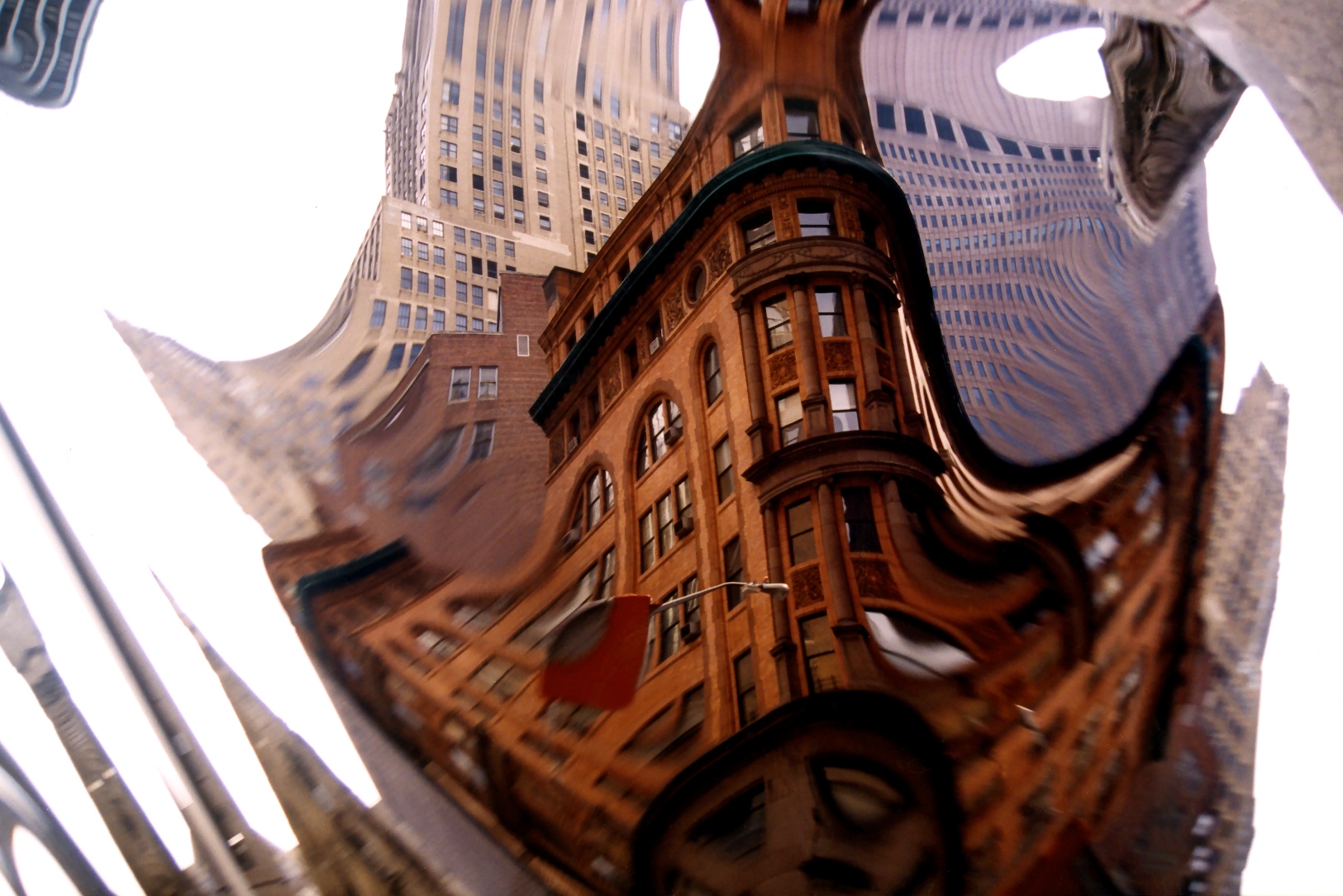 “Pagoda,” one of Eitan Vitkon’s works in his Liquid Architecture series. Photo courtesy of the Weizmann Institute

His works have been displayed in Canada, Italy, Germany, Latvia, Czech Republic, China, US, UK and of course his native Israel. He lives and works in Tel Aviv.

Pictures from Vitkon’s Sea-ing Motion series, shot in Tel Aviv in 2017, also are on display at Weizmann. In this series of ocean photographs, he uses precise shutter timing to secure and situate a moving wave. 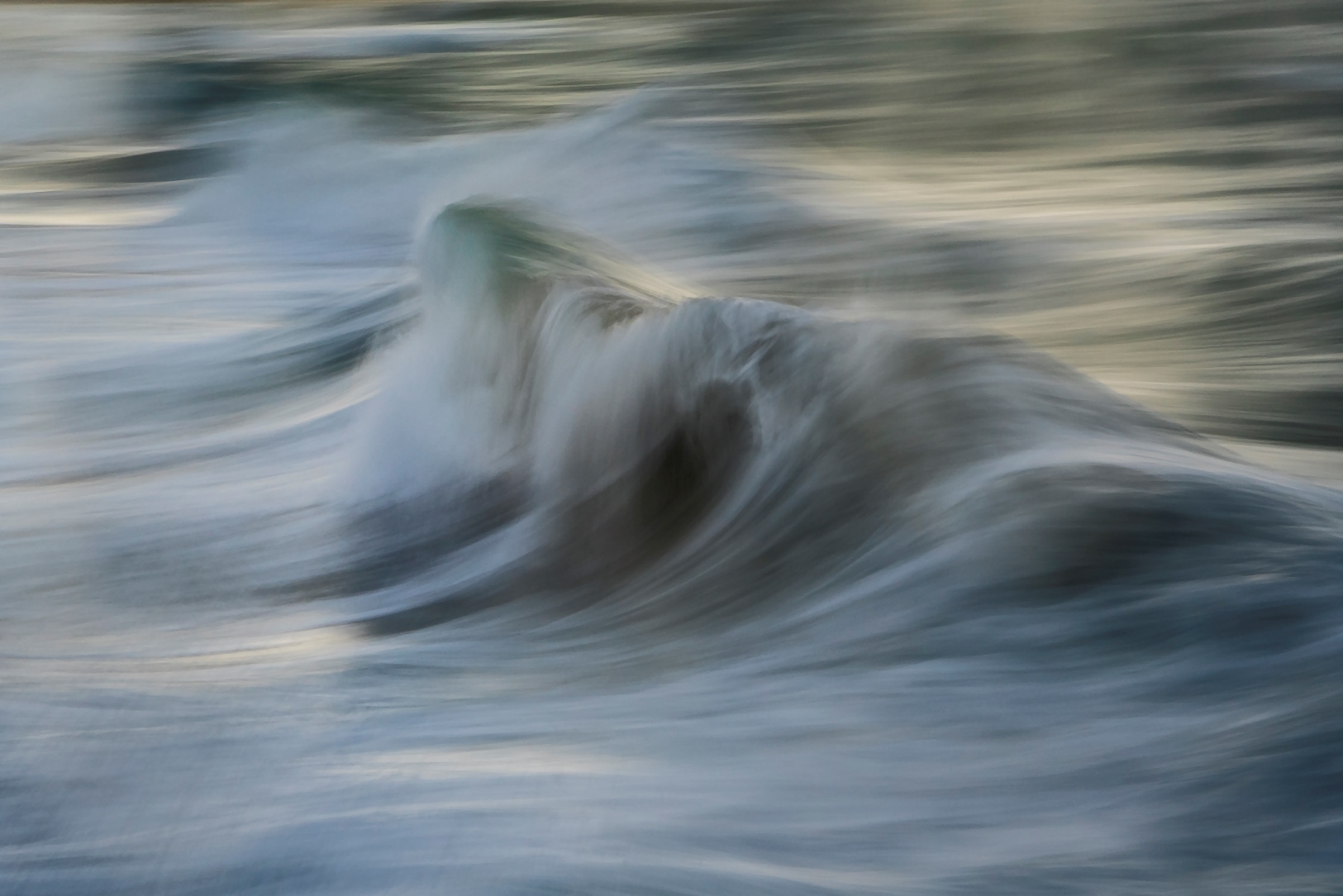 “In the past few years, I’m dealing a lot with the issue of time,” Vitkon says from Berlin, where he and his architect wife have been working on separate projects.

“Shooting long exposure with movement, you have a starting point and an ending point, accumulating time in a still frame. The sea has another kind of time zone because it has no beginning or end. It was fascinating trying to capture the notion of motion in the series.” 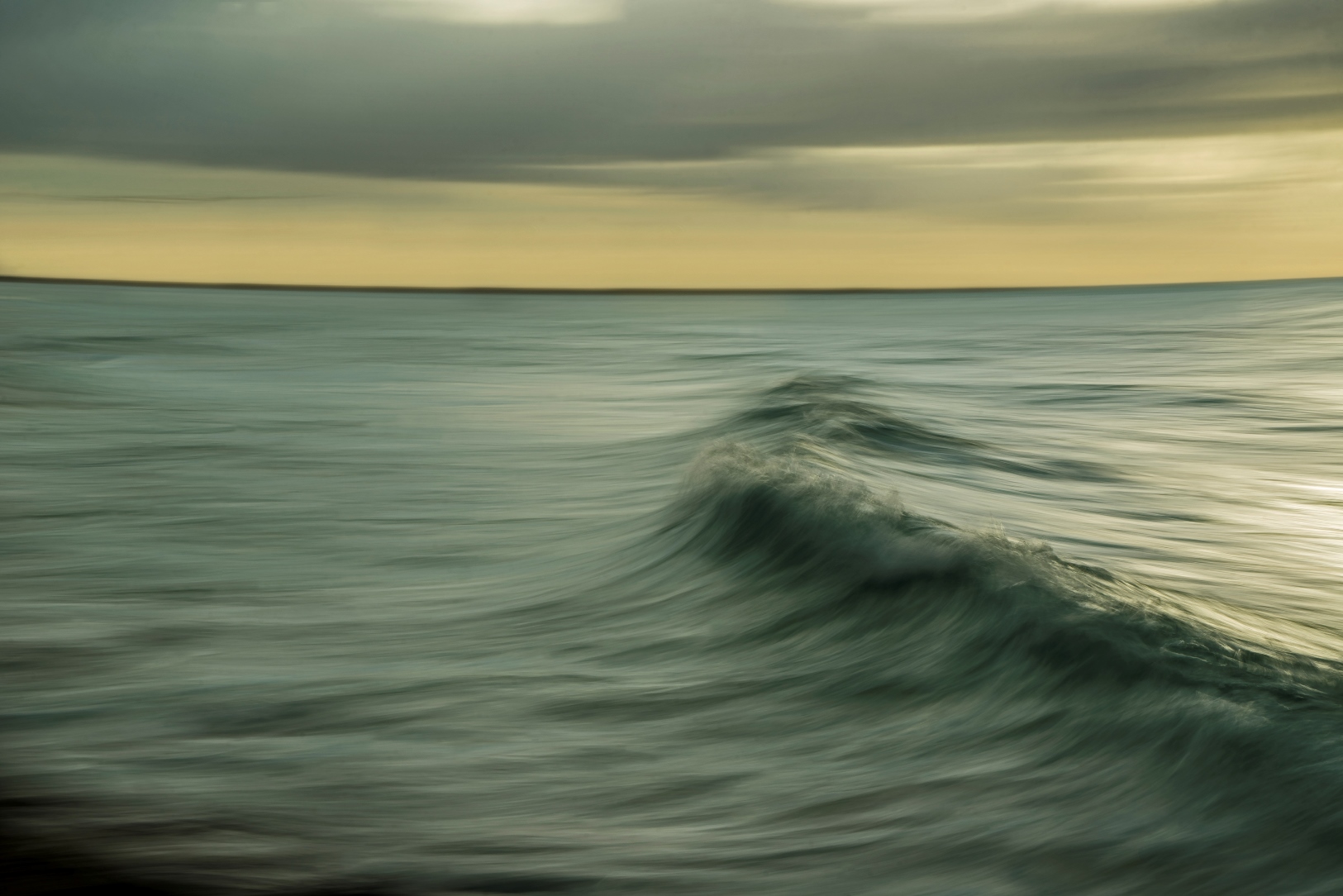 “Yellow Sunset,” one of Eitan Vitkon’s works in his Sea-ing Motion series. Photo courtesy of the Weizmann Institute

“Together, the two series of photographs are a sort of reality check: We experience a growing doubt as to whether what we see is ‘clear and understood.’ Stable buildings are swept off their foundations so that we can’t know where they will be a second from now; while the waves that we have understood to be a phenomenon of continual movement are shown to us as something that is surprisingly solid,” the exhibition catalog explains.

Curated by Yivsam Azgad, “Blowing in the Wind” is open Sundays to Thursdays, 9am to 3pm, through March 2019.