Home Culture 11 Holy Land treasures you may not know about

Israel is simply bursting with attractive tourist spots that are just a little less expected and oh-so-easy-to-miss, but filled with historical and natural treasures you won’t want to pass up.

These 11 hidden gems are a great way to make the most of your Holy Land experience, and will give you an additional perspective on history and nature in the land of Israel. 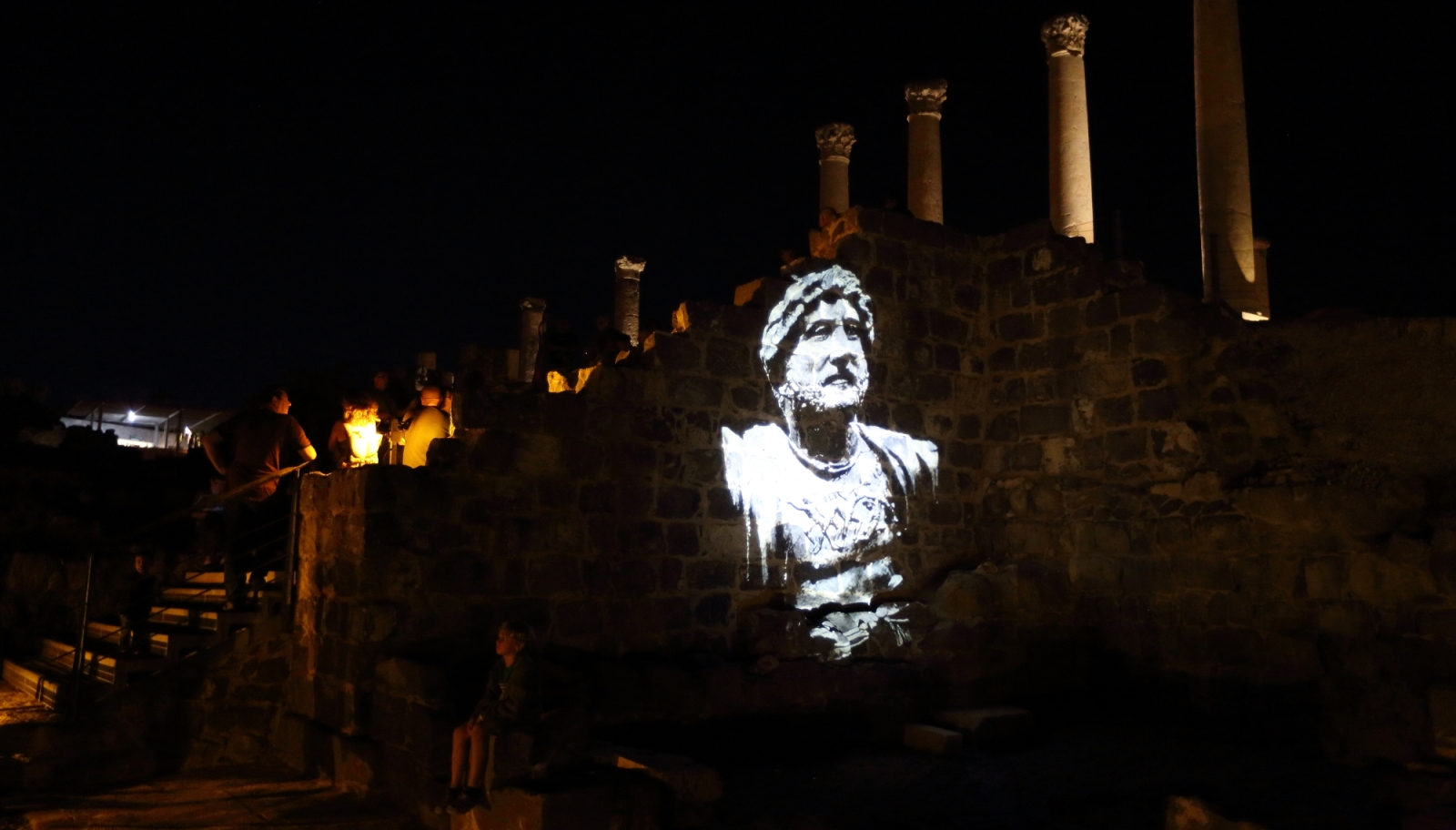 Once the ancient Roman capital of Israel’s North, Beit She’an is one of the largest archaeological sites in the world, yet it is often overlooked because of its remote location in the northern Jordan Valley.

Careful restorations reveal mosaics, baths, a Roman temple, merchant stores, columns and ancient streets from formerly flourishing Roman and Byzantine cities. For those who need a little help jogging their imagination, evening light-and-sound shows illuminate history against the backdrop of the Roman Cardo while allowing you to beat the area’s notoriously oppressive daytime heat. 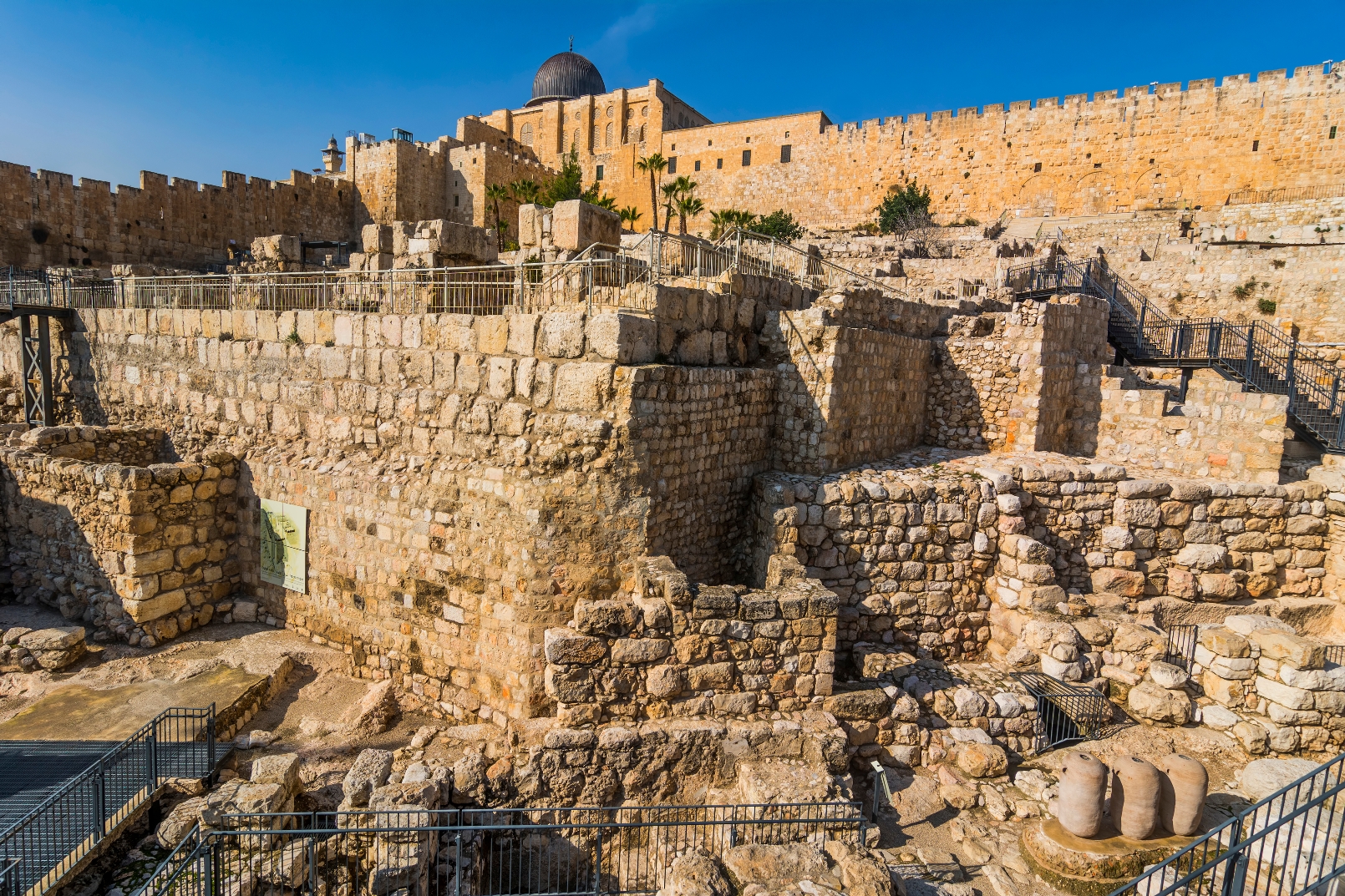 Visiting the Old City of Jerusalem is a must for every trip to Jerusalem, but for an even more focused experience that will allow you to delve into how the Israelites lived during the time of King David, this close-by early site, where Jerusalem was first restored, is another must-see.

There you’ll experience a 3D video explaining the historical significance of the site, a panoramic view that reveals the ancient topography of the biblical city, archaeological ruins from the First Temple period, and Hezekiah’s tunnels leading to the Western Wall complex, which contain water channels said to have existed since the time of Abraham. A nighttime outdoor multimedia show is also a recommended option here, depicting the story of rebuilding Jerusalem after the Babylonian exile, which is projected onto the ruins themselves. 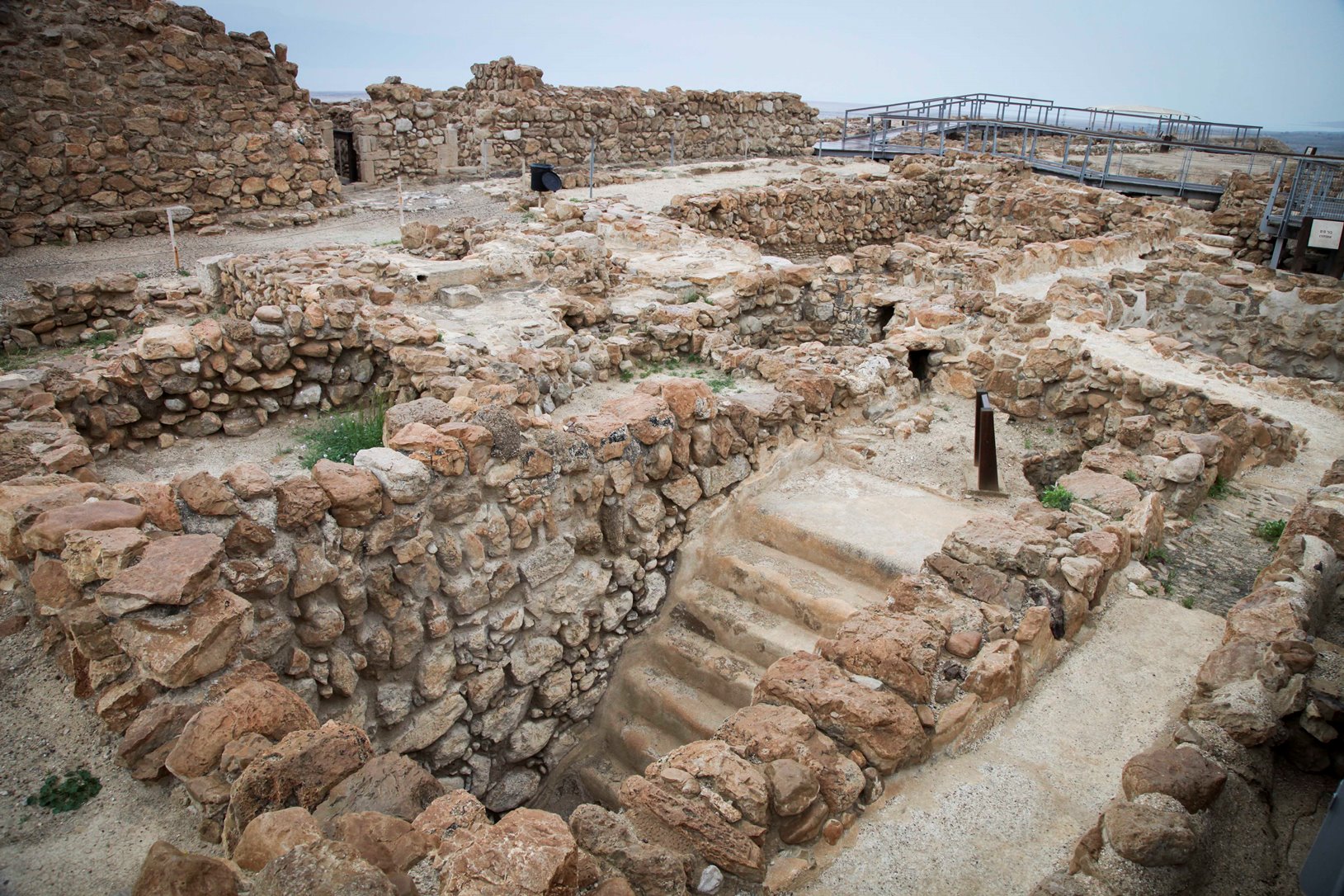 View of the archaeological site of Qumran, where the Dead Sea Scrolls were hidden. Photo by Isaac Harari/FLASH90

What better way to understand ancient peoples than to take to the desert to see how and where they lived millennia ago? The Israel Museum’s famous Shrine of the Book may house the national treasure that is the Dead Sea Scrolls — preserved pieces of ancient biblical texts stored in Dead Sea area caves by ancient Jewish zealots — but Qumran, along the northern Dead Sea, puts a face to the people behind the scrolls. Learn about their pious way of life and daily routine, and revel at the beautiful wilderness within which they lived their secluded lives in this informative national park. 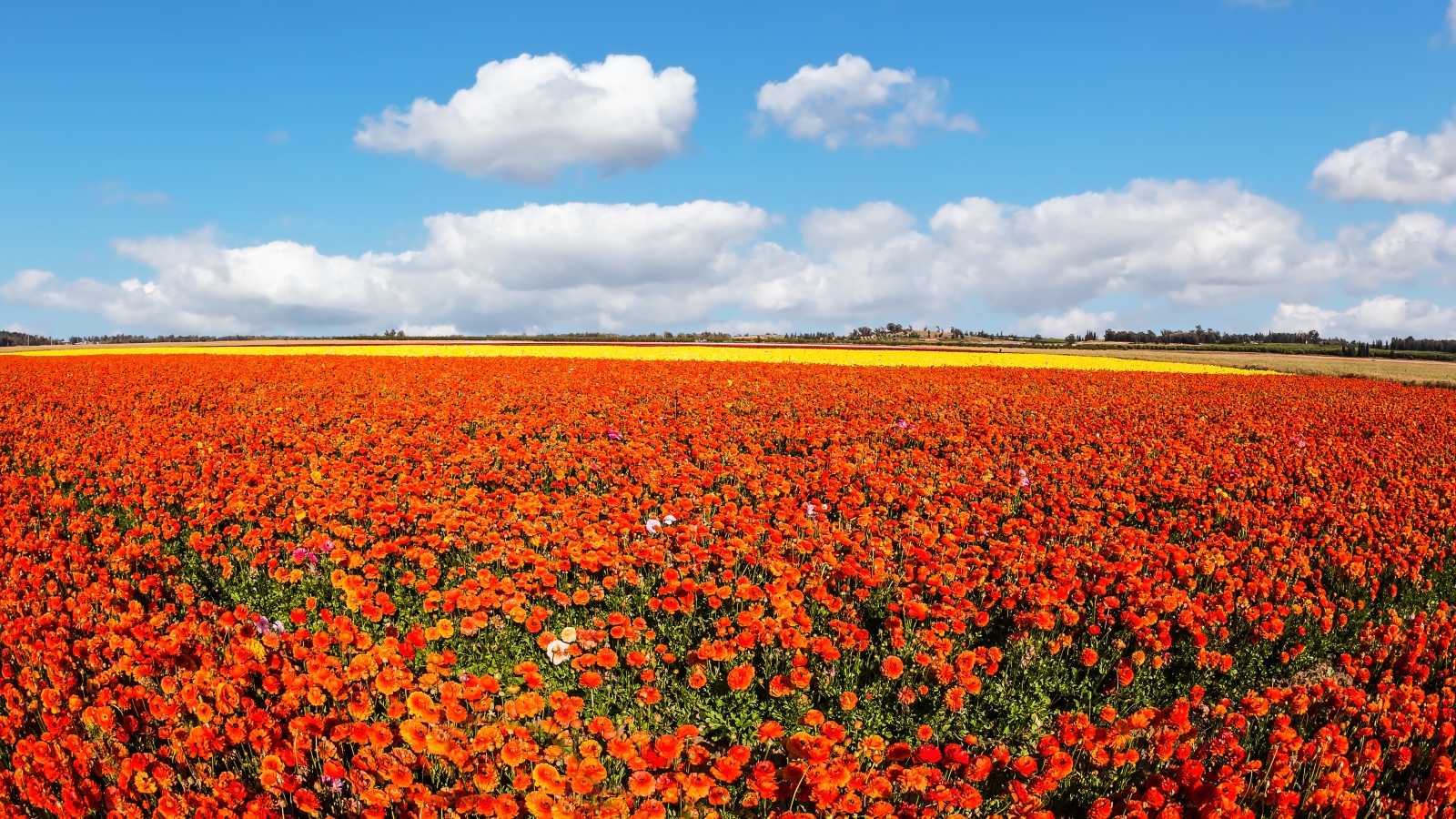 Anemones growing in the Negev. Photo via Shutterstock.com

The Gilboa Mountain Forest in the Jezreel Valley is a famous site for Israel’s national pastime in early spring: flower walking. Flower walks after the winter rains are an excellent way to get some fresh air while viewing the blooming hills of wild red, white, pink and purple anemones, daffodils, irises and other wildflowers.

But this time of year just so happens to present a rare opportunity to see the northern Negev desert in bloom as well. Down south between the cities of Kiryat Gat and Beersheva, these desert highlands at Pura Nature Reserve look anything but barren. Here the desert blooms with lush green grasses and thousands of wildflowers in February and March. Mosey along next to other tourists, locals and grazing herds of sheep. 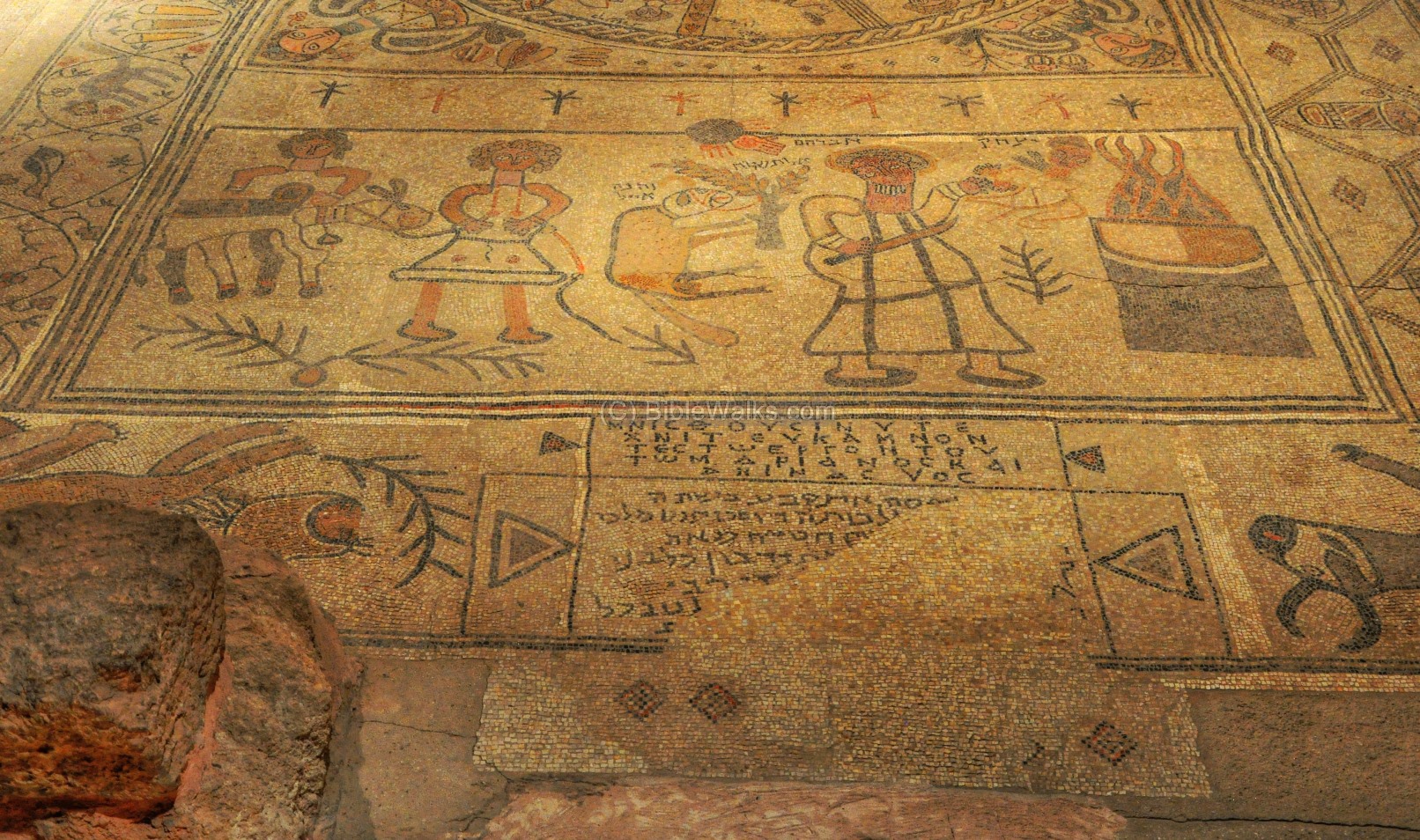 Part of the Beit Alpha mosaic floor. Photo via Biblewalks.com

There’s no question that the mosaics, botanical garden and ruins of the ancient Jewish city of Tzippori (Sepphoris) are of breathtaking beauty. However, the exquisitely restored complete mosaic floor at the fifth-century temple site of Beit Alpha Synagogue National Park, just one hour away, will also leave you awestruck.

The floor itself depicts the biblical story of the sacrifice of Isaac, as well as a complete chart of zodiac signs, seasons and the symbols of ancient Jerusalem.  It is a spectacular peek into Jewish life in the ancient Galilee. 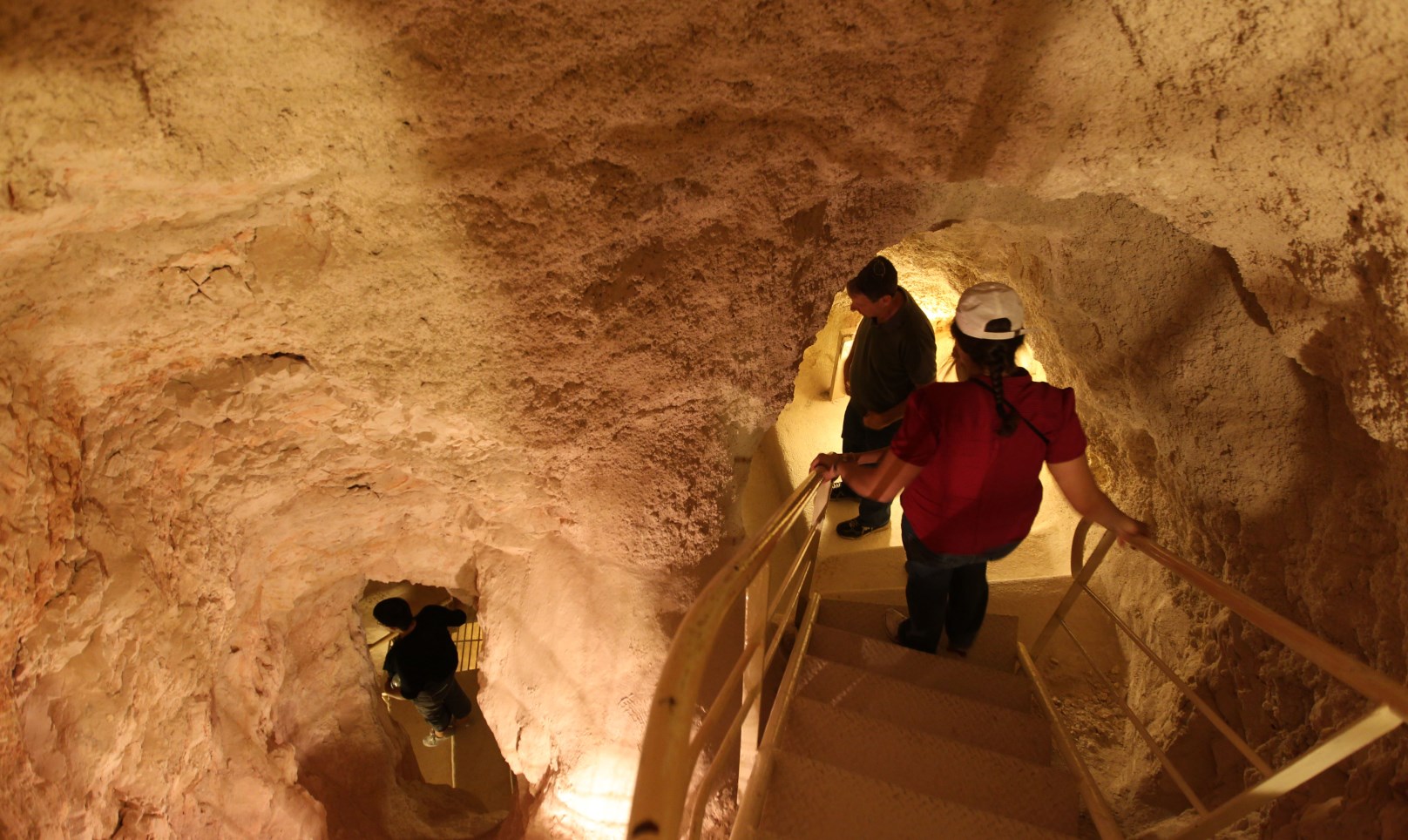 Tourists walking through the mountain fortress of Herodium. Photo by Nati Shohat/FLASH90

A manmade wonder southeast of Jerusalem in the Judean desert, this Herodian fortress easily rivals the king’s famed Dead Sea site at Masada. Also a fortress built into a mountain, the site contains the remains of the king’s palace, including all the status symbols of the luxurious life of the king and his entourage.

The park is also the site of Herod’s tomb, secret underground tunnels, water cisterns, and caves used by the Bar Kochba rebels in the second century CE, as well as lookout points to Jerusalem, the Dead Sea and the Moab mountain range in Jordan. 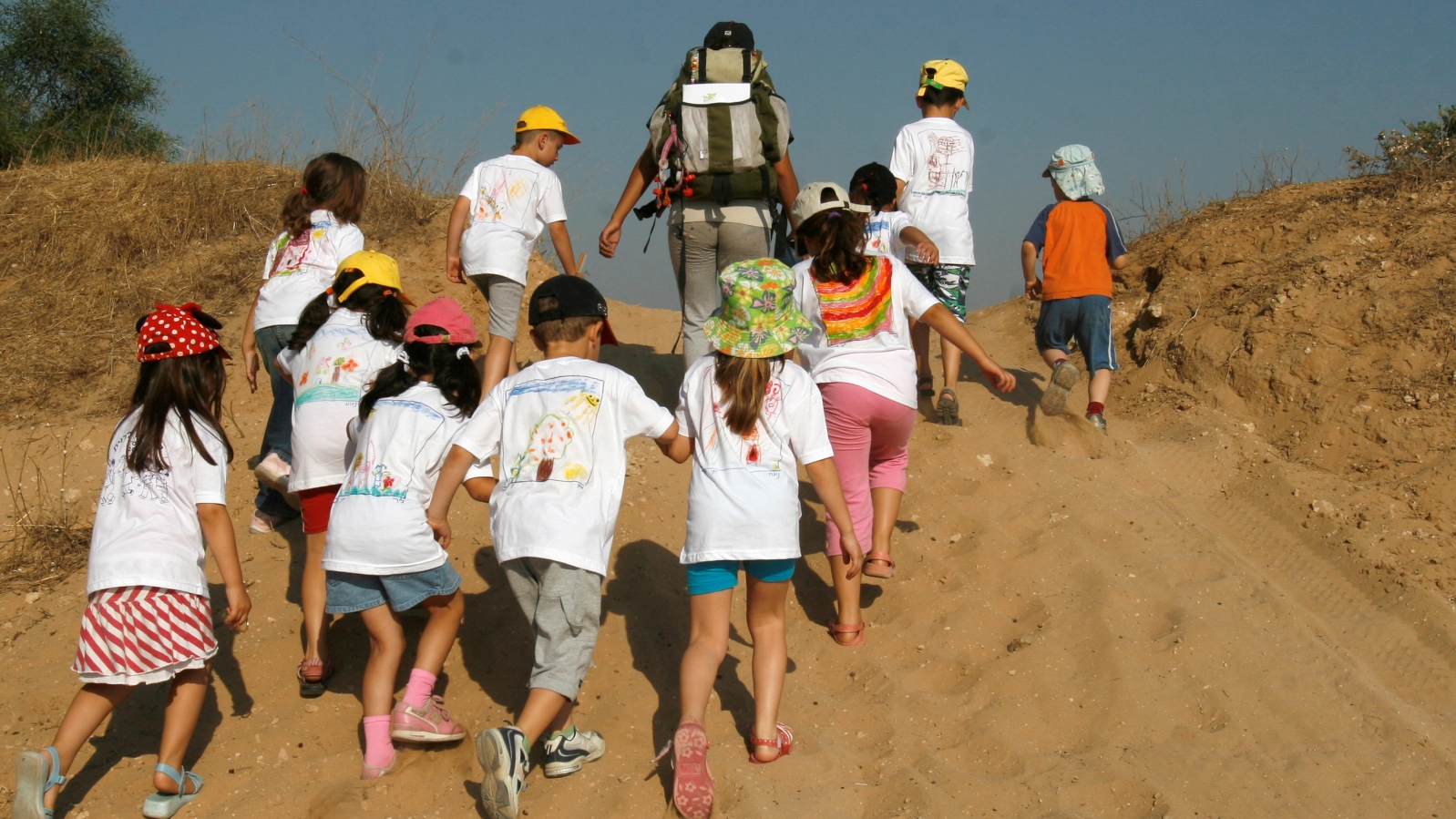 Scrambling up the sand dunes in Ashdod. Photo by Nati Shohat/FLASH90

Get your fill of sand and sun without having to venture out into the desert, at the Ashdod Sand Dune Park. A landscape that once filled the Israeli coastline before it was developed in modern times, these natural dunes found along 7 miles at the edge of the southern coastal city serve as a reminder of the past, as well as a nature reserve and outdoor adventure park for extreme sports enthusiasts who can’t resist riding the sandy peaks any which way.

The underwater archeological park at Caesarea lets experienced and inexperienced divers get up close and personal with the submerged port, a marvel of marine engineering and the first of its kind in the Roman Empire.

The Old Caesarea Diving Center teaches certification courses and leads dives to four different underwater archaeological sites, as well as to additional points of interest, such as deep caves and tunnels in the surrounding Mediterranean reef. 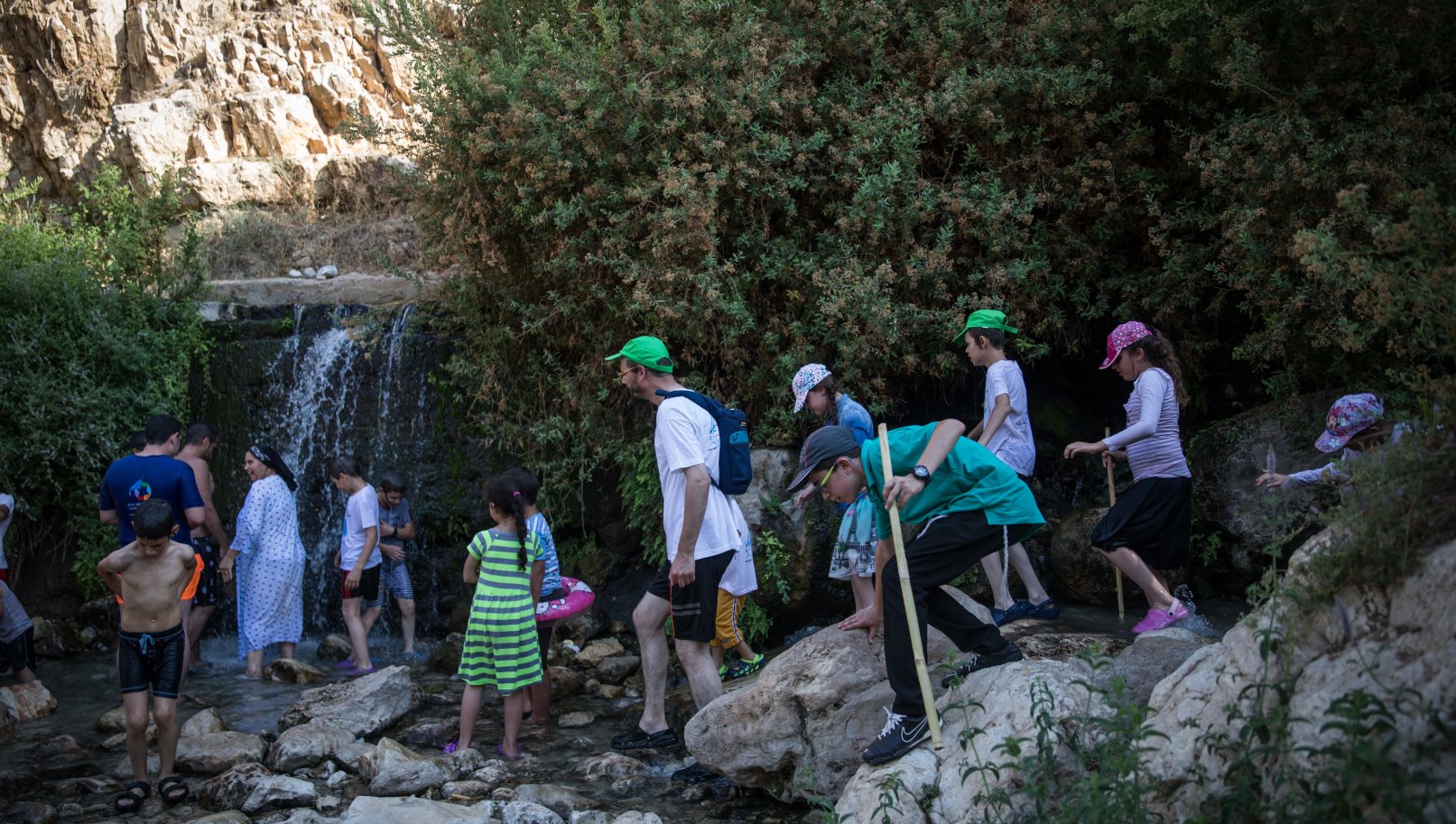 Israel has more than just one desert oasis, and Ein Prat, also known as Wadi Qelt, is one of them. Located in the beautiful Judean hills just outside of Jerusalem, this nature reserve features hiking trails, pools, natural springs, a monastery built into the stone hills, and archaeological ruins dating back to biblical times — all within the backdrop of the rocky desert canyon.

When the weather turns warm, many head to the Gan HaShlosha (Sachne) natural springs in the Northern Jezreel Valley to barbecue, swim and catch some rays. But in winter months, travelers visiting in the Negev highlands south of Beersheva could be just as satisfied by a trip to Golda Meir Park.

This recreational site is located on the seasonal Revivim stream, which fills up after the winter rains. Grassy recreational areas, picnic tables, an old British well and exhibition commemorating the Australian ANZAC Light Horse Brigade, which liberated Beersheva from the Ottoman Turks in 1917, surround the water and turn this park into a destination where you can relax for the entire day. 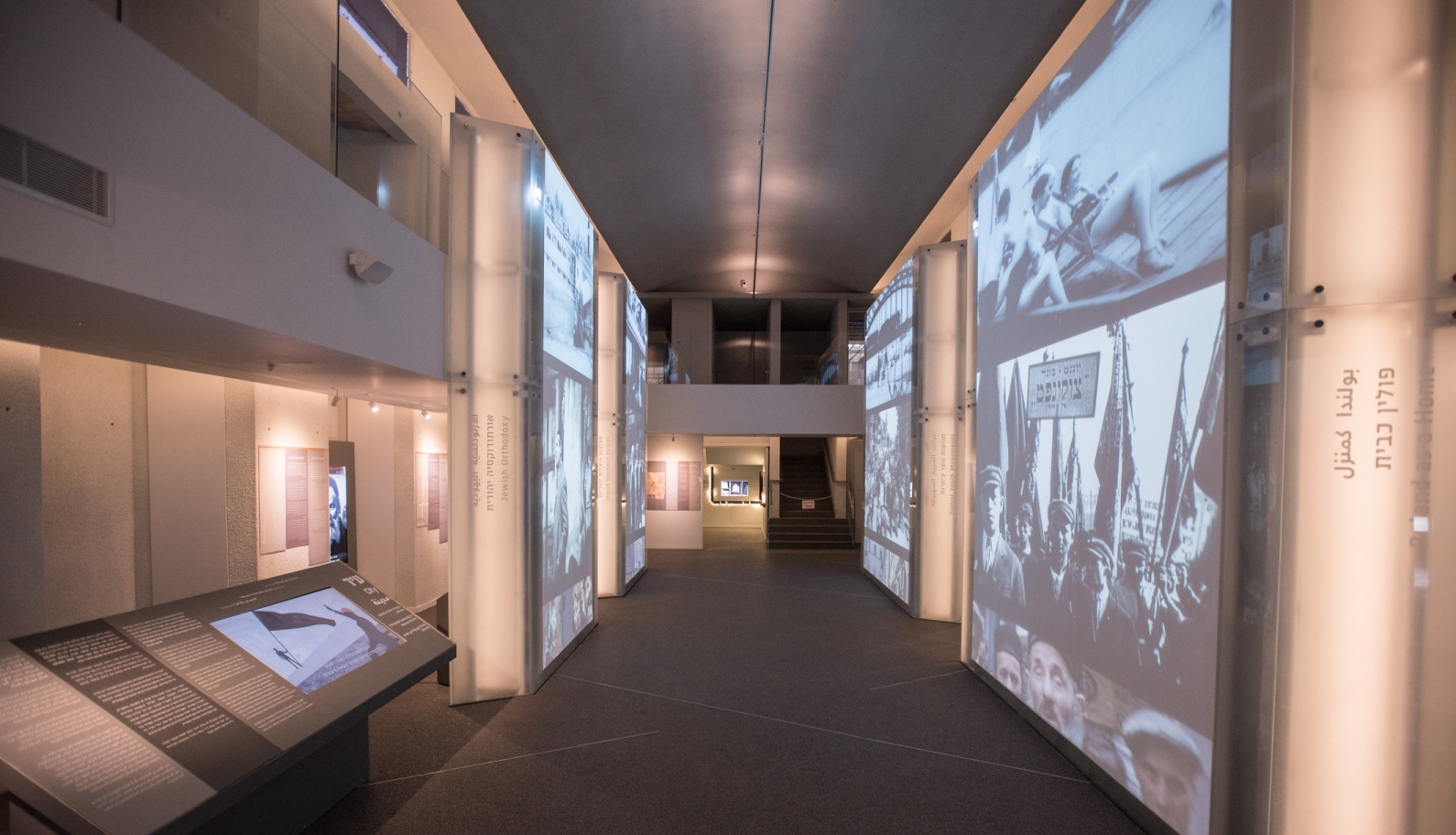 No one can dispute the raw power and importance of visiting Yad Vashem, Israel’s national Holocaust museum in Jerusalem, but did you know that the Galilee houses a museum that focuses on the Jewish resistance fighters of the Polish ghettos, and Jewish life both before and during World War II?

The museum was the first of its kind in Israel, and was founded by Holocaust survivors. Like Yad Vashem, the space includes the personal stories of those who struggled, including children, and takes a multimedia approach to capture the interest of younger generations today. It’s definitely worth a visit for those traveling near the port city of Acre (Akko).

Cave of the Patriarchs

Ein Gedi | The Jewel of the Desert