What to do for fun in Jerusalem in the winter

The rain hasn’t yet begun to fall, but it’s officially wintertime in Jerusalem. True, it would be nice to have a drop of rain or a drop in temperature and be able to don a heavy coat or sweater, to make the season seem a tad more real, but Jerusalemites are eager to officially usher in the winter.

While at the best of times Jerusalem winters are short, they are nevertheless filled with chilly, rainy days that lend themselves to typically Jerusalem winter activities. Eating heavy, ethnic foods is one; tramping along cold cobblestones to see winter-only sights is another. Yet a wintry Middle East offers pleasures unavailable in more northern climes, such as wintertime strawberries and spring-like wildflowers, and warming kube soup.

Some of these activities are known to all, others may not seem specific to winter. But if you consider the time of year when they’re available, you’ll see that it makes sense to partake of these events over the next few months, before Purim and Passover come around. 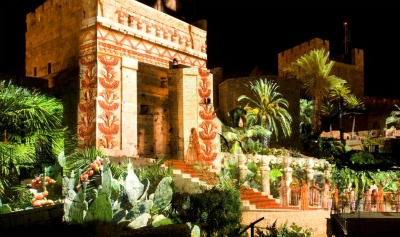 The walls of the Tower of David Museum come alive for a night spectacular.

It’s a sound and light show Jerusalem-style, and the walls of the ancient citadel serve as the stage for this nighttime show that uses sight and sound to stimulate the audience.

Seating is scattered among the archeological remains of the citadel’s courtyard, from where spectators watch the story of Jerusalem unfold via giant, virtual reality images that play across the walls.

The Night Spectacular uses trompe l’oeil technology, allowing the stones of the walls and structures to fade into the scenes being viewed. You’ll jump from the Crusaders and Mameluks to the Turks and the British, skipping over some of the more modern history but mostly mesmerized by this 45-minute multimedia show. 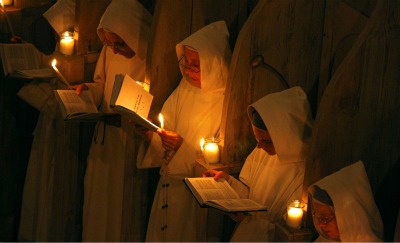 There are only about 142,000 Christians in Israel, and given Israel’s Jewish majority, Christmas isn’t anywhere near a national holiday. But its presence is felt in a number of ways.

For Jewish Israelis in Jerusalem, living in such close proximity to the Old City and the Christian Quarter means easy access to the Christmas Midnight Mass, held at the many churches throughout the Old City. The pews are apt to be filled with as many Jews as Christians, and the same goes for the churches in quaint Abu Gosh, the Christian Arab town just outside Jerusalem.

The public is also invited to decorate the tree at the YMCA, always a colorful expatriate scene of carol singing and tree decorating. The trees are supplied free of charge, courtesy of Jewish National Fund (JNF), which cuts down some of its Christmas grove of Arizona cypresses as part of its regular forest maintenance program.

The Hebrew term for New Year’s Eve is “Sylvester,” taken from the name of the saint for whom the holiday was originally celebrated. It happens that he was an anti-Semite – a Roman pope who prohibited Jews from living in Jerusalem. But his name is the Israeli title for January 1.

It may have been coined by those who emigrated from Western countries and needed a new moniker for the holiday, since the Jewish New Year is celebrated in the fall.

Interestingly, to hold onto their kashrut license, it is forbidden for most hotels to hold New Year’s Eve or Sylvester celebrations, although bars and clubs have been hosting them for years, given that Israelis love any excuse for a party. 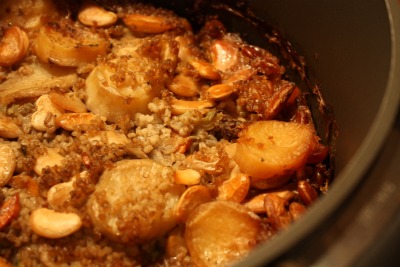 As the temperature falls, heavy comforting foods like cholent make an ideal meal.

Along with winter come the heavy, comforting foods that warm one’s insides. Cholent is the Ashkenazi version of a meat and bean stew that is known as hamin among Jews of Eastern origin.

By any name, this slow-cooked stew of white beans, brisket, barley and potatoes, or a hamin’s chicken (or beef), chickpeas, potatoes and whole eggs, will leave you replete and aching for a nap during the cold, dark afternoon.

5. (Hopefully) playing in the snow 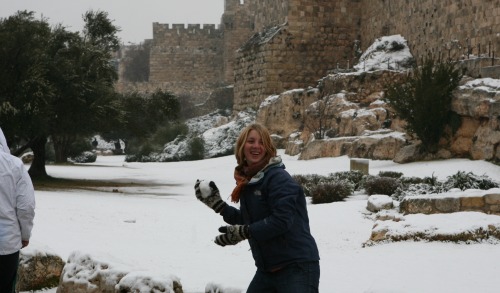 Photo of David’s Tower in Jerusalem by Yossi Zamir/Flash90.

When the snow falls in Jerusalem everything grinds to a halt, and playtime begins.

Occasionally, once every few years, it may snow during a Jerusalem winter. The white stuff magically falls on the streets of the holy city, with the children hoping it will be hard and not too wet, and that the temperatures will remain low enough for the snow to last, and dust the streets, trees, cars and sidewalks for days.

Of course when it does, everything grinds to a halt. School, work, traffic, Egged buses, stores, you name it, all are closed down. There appears to be only one snow plow in Jerusalem, and truthfully, who wants to go to work or school when there’s a scant day of snow play to be had?

Once the snow has fallen, playtime begins, usually including friends from outside the city who want to join in the fun. So wrestle on the boots, wrap your sneaker-shod feet in plastic bags and wind a few scarves around your neck. Then head out to the parks, streets, backyards and highway dividers for some snow-time play.

6. Lupine Hill in the Ella Valley 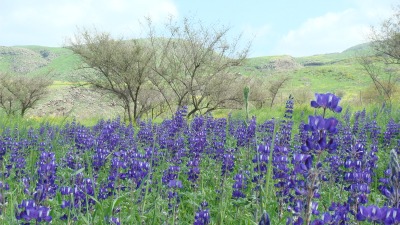 Every February, the lupines start to bloom in Jerusalem’s hills.

When it’s still the dead of winter elsewhere and just a smattering of rainy days are still due in these parts, the winter wildflowers begin to bloom and Israelis flock to see them.

There are fields full of red and purple poppies and anemones, tiny yellow wildflowers and the queen of them all, the purple lupine. One small hill in the Ella Valley, just outside Jerusalem, is known as Lupine Hill, or Givat Hatermosim in Hebrew.

It is to here that people flock each February, walking among the clusters of lupines studded with bunches of anemones and the occasional crocus, and breathing in the fresh scent of wildflowers watered by the winter rains.

A bowl of kube soup – meat dumplings served in a red beet or sour green okra broth – is a wondrous thing in the winter, when your bones may be aching from the cold and only a hot bowl of soup will warm you inside and out.

One of the masters of the kube is Jerusalem’s Ima Restaurant, at the base of Agrippas Street, just down the block from the Mahane Yehuda food market that offers a selection of restaurants serving up kube, both in soup and fried in oil.

For Jerusalemites, winter is strawberry season.

Just like the seeming unlikeliness of spring flowers in the dead of winter, so it is with strawberries, which are only available during the Israeli winter season, rather than in spring or summer.

Given that Israel is still, by and large, a seasonal produce land, there’s something special in knowing that you can have as many of the red berries as you like all winter long, sprinkled with sugar, strewn in pies, topping cakes, in jams, or just gracing a bowl of cereal.

Strawberries become a given, served at every meal, usually available at rock-bottom prices until, suddenly, the season is over, and it’s on to summer fruits.

Top-10 hikes to get you walking in Israel