Fall may just be Israel’s best-kept secret. Not the season; it arrives in late September like everywhere else in the northern hemisphere as a transition from summer to winter. But think of colorful fall landscapes and what comes to mind are the United States’ spectacular northeastern forests and the golden aspen and birch trees lighting up the Rocky Mountains.

The natural beauty of the Middle East is subtle and far less grandiose by comparison. Nevertheless, Israel does offer a feast of fall foliage if one knows where – and how – to look. 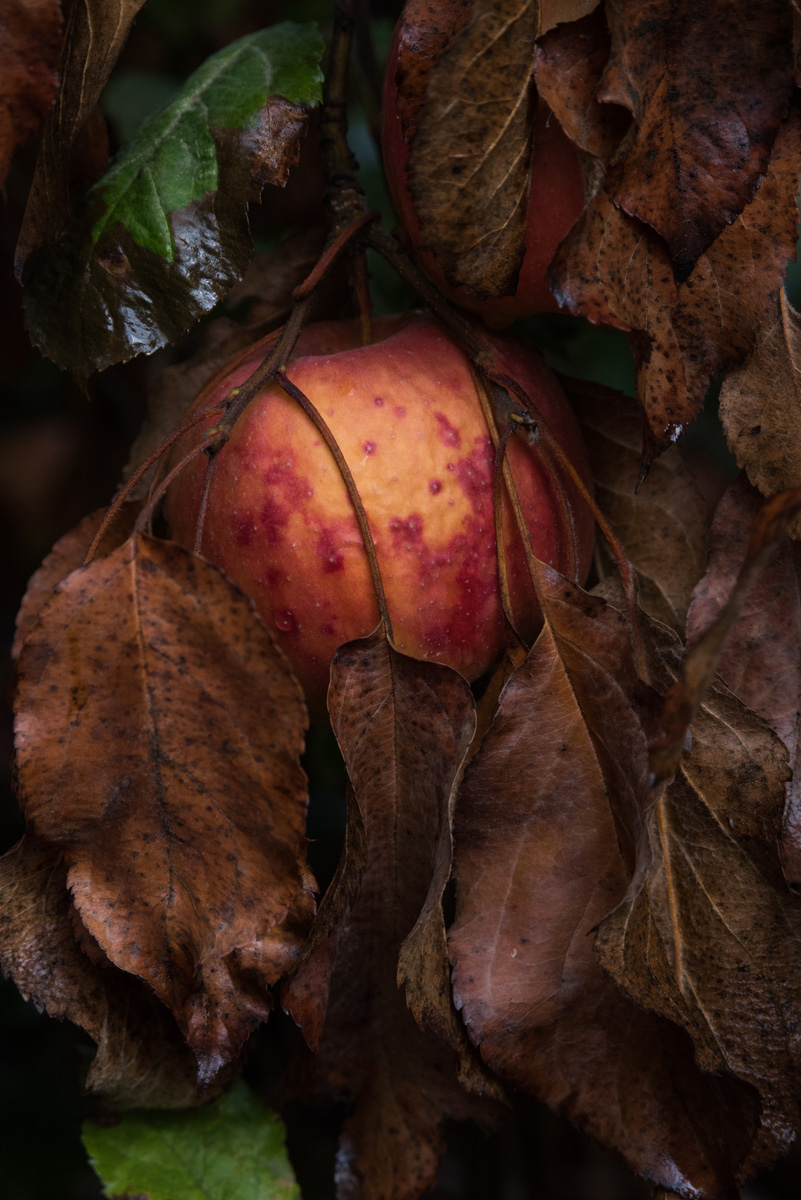 A Pink Lady apple left behind following the harvest at an orchard on the Golan Heights. Photo by Yehoshua Halevi

Israel’s landscape has changed over the past two decades, driven by economic incentives favoring certain crops and cultural habits that have boosted demand for fine wines. 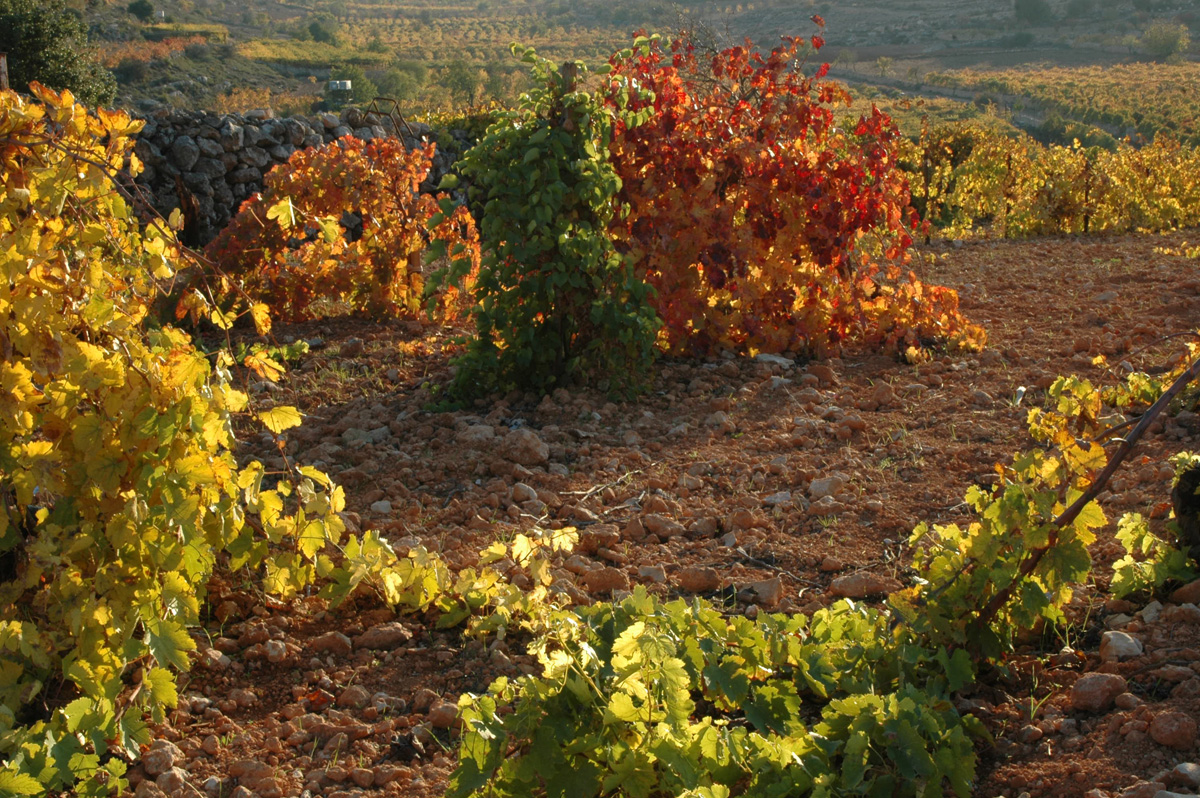 A terraced vineyard in the Judean Mountains south of Jerusalem with a mixture of vines. Photo by Yehoshua Halevi

New vines have been planted on hillsides and in valleys from the Negev to the Golan. The many different varieties of grapes now growing in Israel give color and character to the landscape as they grow and alter personality with the change of seasons. 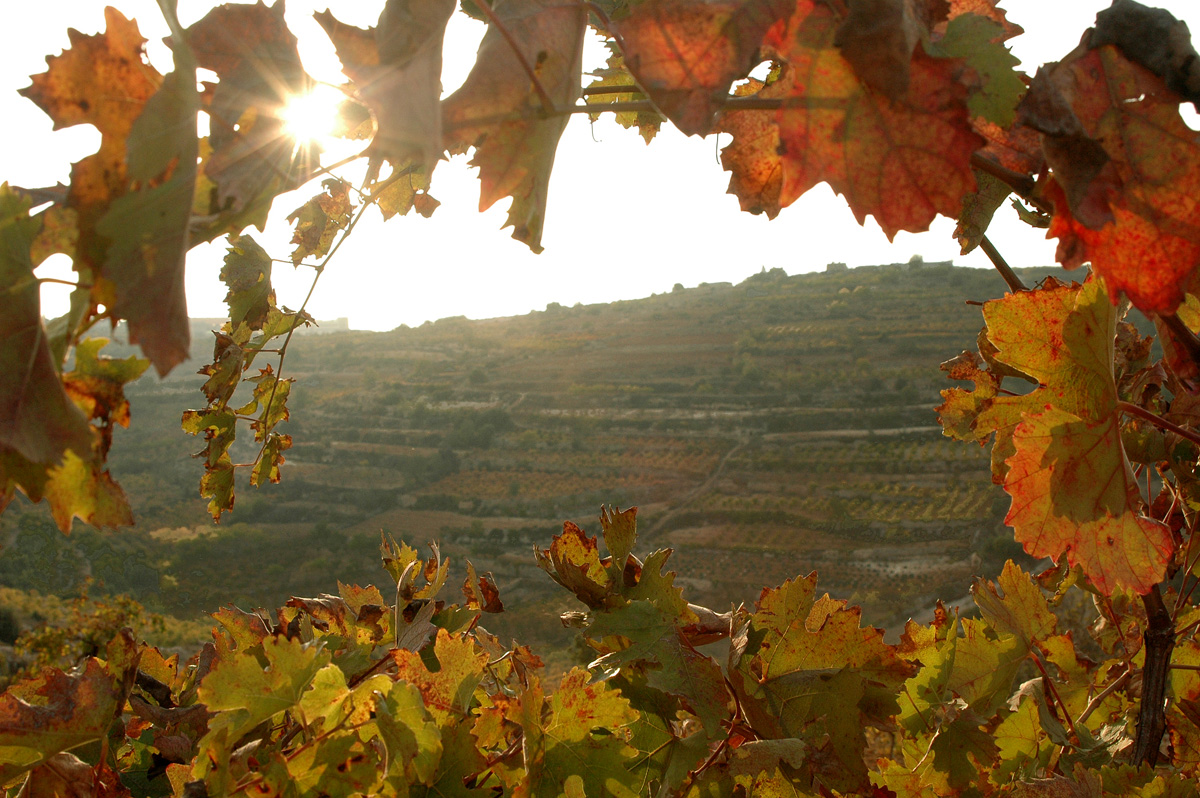 A vineyard at sunset in the Judean Mountains. Photo by Yehoshua Halevi

Vines are deciduous and lose their leaves in a spectacular explosion of fall color, with the peak occurring in mid-November. Enhancing the seasonal magic is the practice of planting within the same vineyard several varieties of vine, each of which produces a different leaf color. 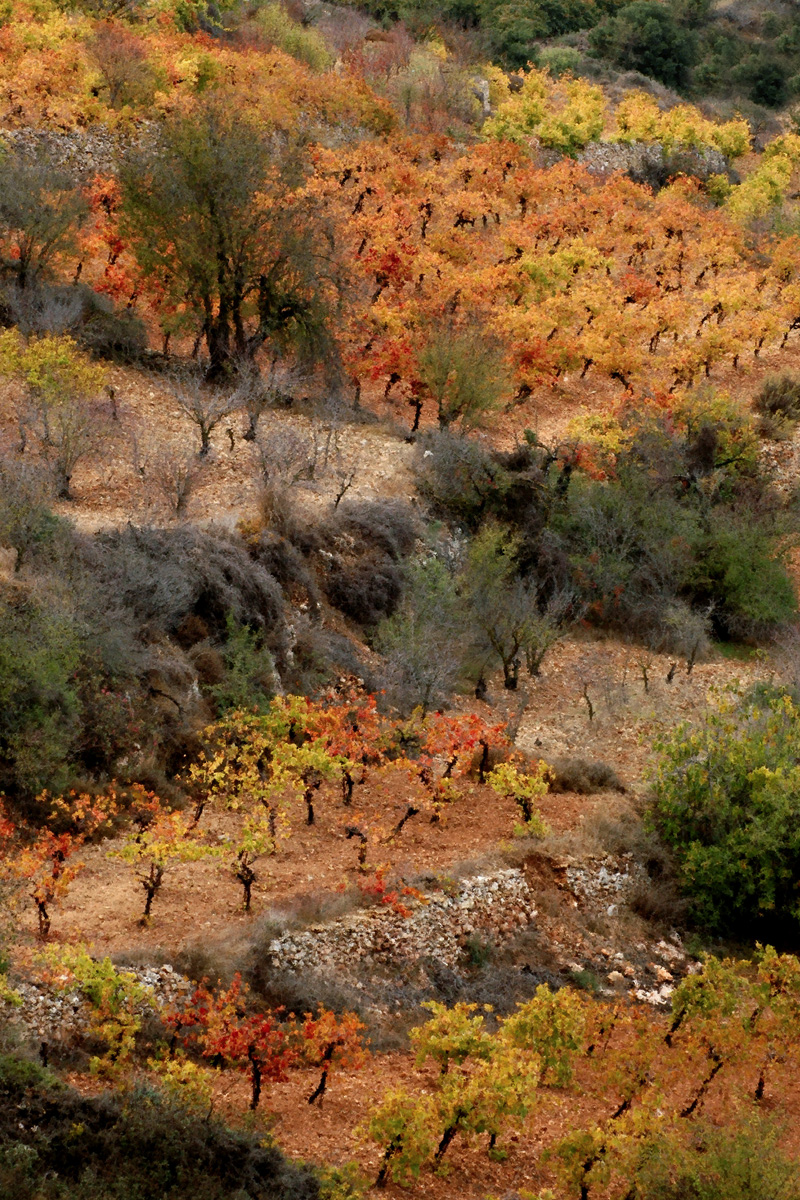 A terraced vineyard on the slopes below Rosh Tzurim in the Judean Mountains. Photo by Yehoshua Halevi

It’s not uncommon to spy a hillside in the Judean or Galilee Mountains awash with the familiar fall rainbow of yellow, orange, gold and red. 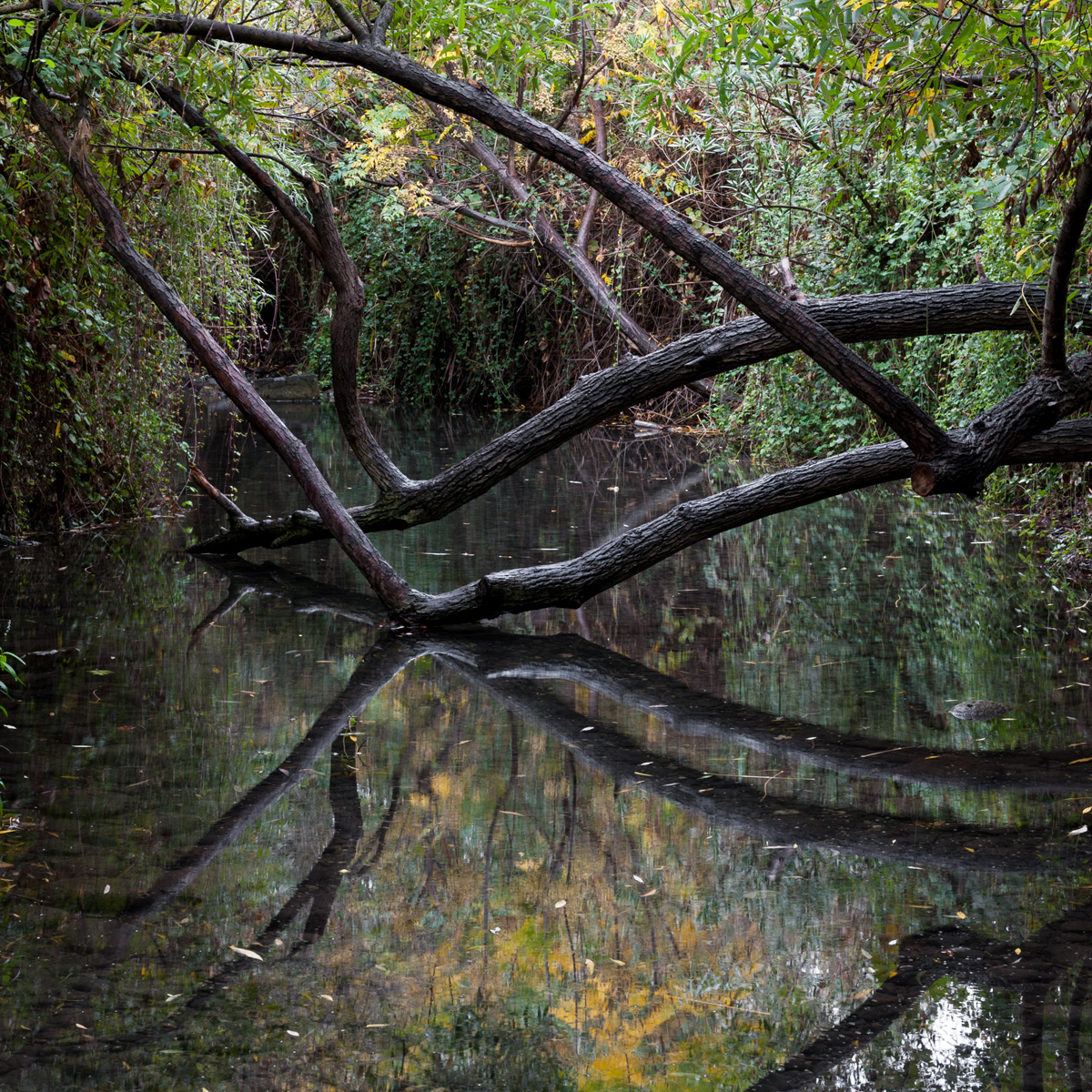 Fall colors reflected in a stream in the Magrase Nature Reserve on the eastern edge of the Sea of Galilee. Photo by Yehoshua Halevi

Israel’s temperate Mediterranean weather also gives the region a distinct advantage over colder climates because winter is milder and slower to arrive. Fall colors linger on the vine and branch for months – as opposed to a couple of weeks elsewhere — before more severe rainstorms arrive to knock them down. 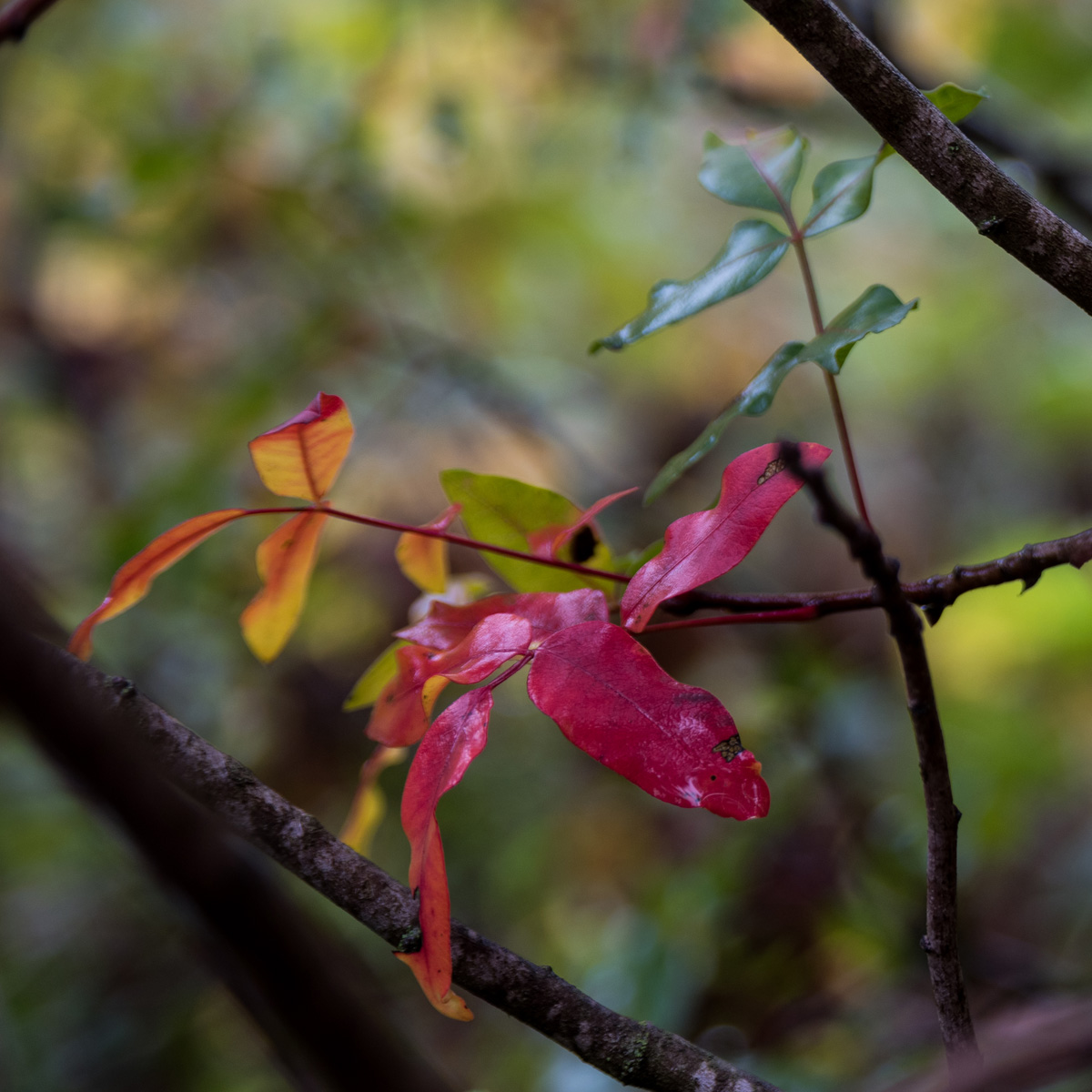 A spot of brilliant fall color in the Bar’am Forest in the northern Galilee. Photo by Yehoshua Halevi

In addition to vines, fruit trees make up the second most artistic accent to Israel’s fall landscape. A colorful meadow awash in a pastel of fall colors in the Galilee Mountains below Moshav Dishon. Photo by Yehoshua Halevi

Planted abundantly in orchards or growing wild throughout the center and north of the country, fruit trees such as fig, plum, pomegranate, peach, apricot, pear and apple all drop their leaves in a blaze of color once the days grow shorter and temperatures begin to drop. Two fig trees provide a colorful yellow contrast to the lush greenery of the Bar’am Forest in the northern Galilee.Photo by Yehoshua Halevi An orchard of mixed trees, including peach, apricot, olive and eucalyptus in a valley below Metulla in the northern Galilee. Photo by Yehoshua Halevi

Other trees to keep an eye out for include the Tavor and Cyprus oaks as well as the Dolev, whose leaves turn yellow and gold.

The best places to witness the changing landscape are the mountainous regions of northern and central Israel where the colder weather brings a halt to chlorophyll production and unmasks the yellow to orange pigments. 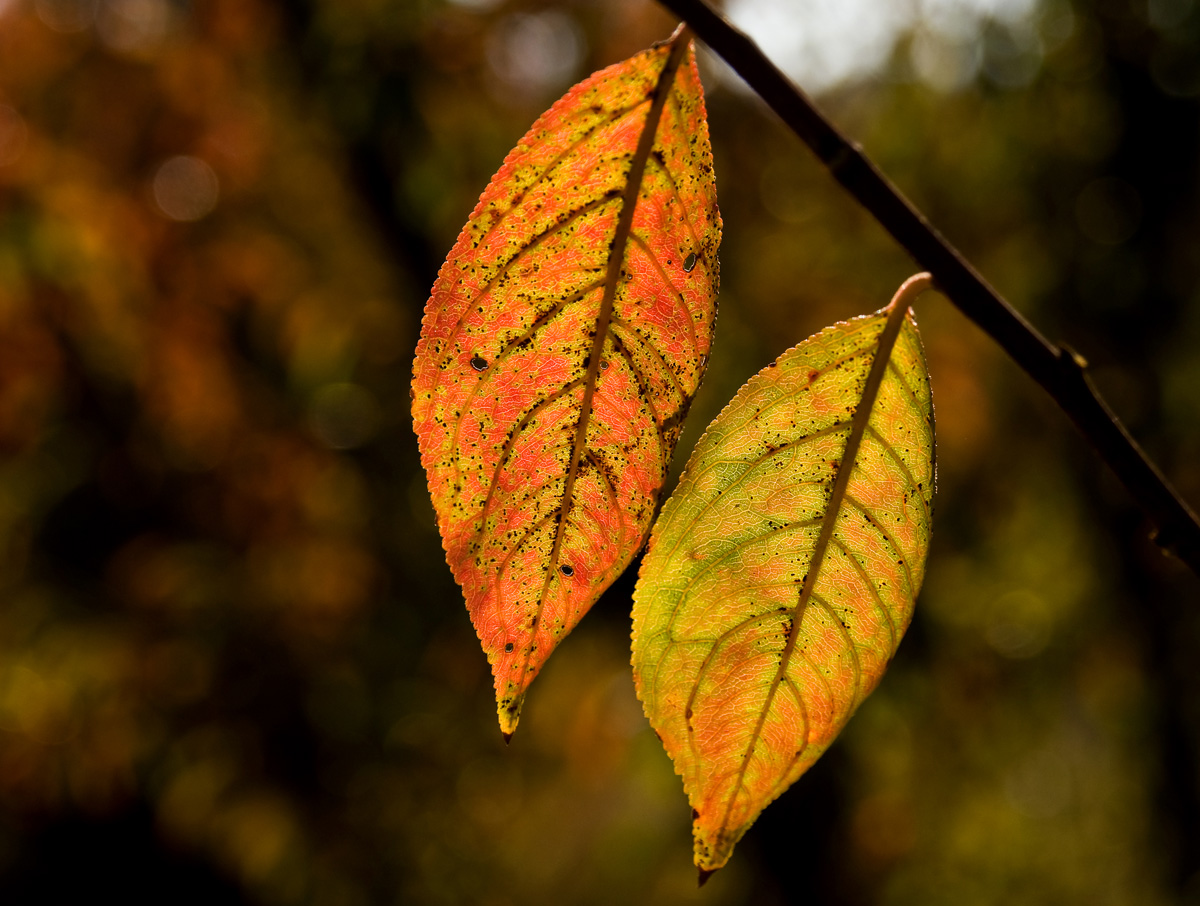 A pair of plum leaves on the Golan Heights at the peak of their fall display. Photo by Yehoshua Halevi Ripe pomegranates hang from a branch in the Judean Desert near Almog. Photo by Yehoshua Halevi

But don’t limit your leaf peeping to the front seat of your car. Head out on a trail where the powerful aroma of nature’s cycle of renewal is as intoxicating as the splendor of its sights. 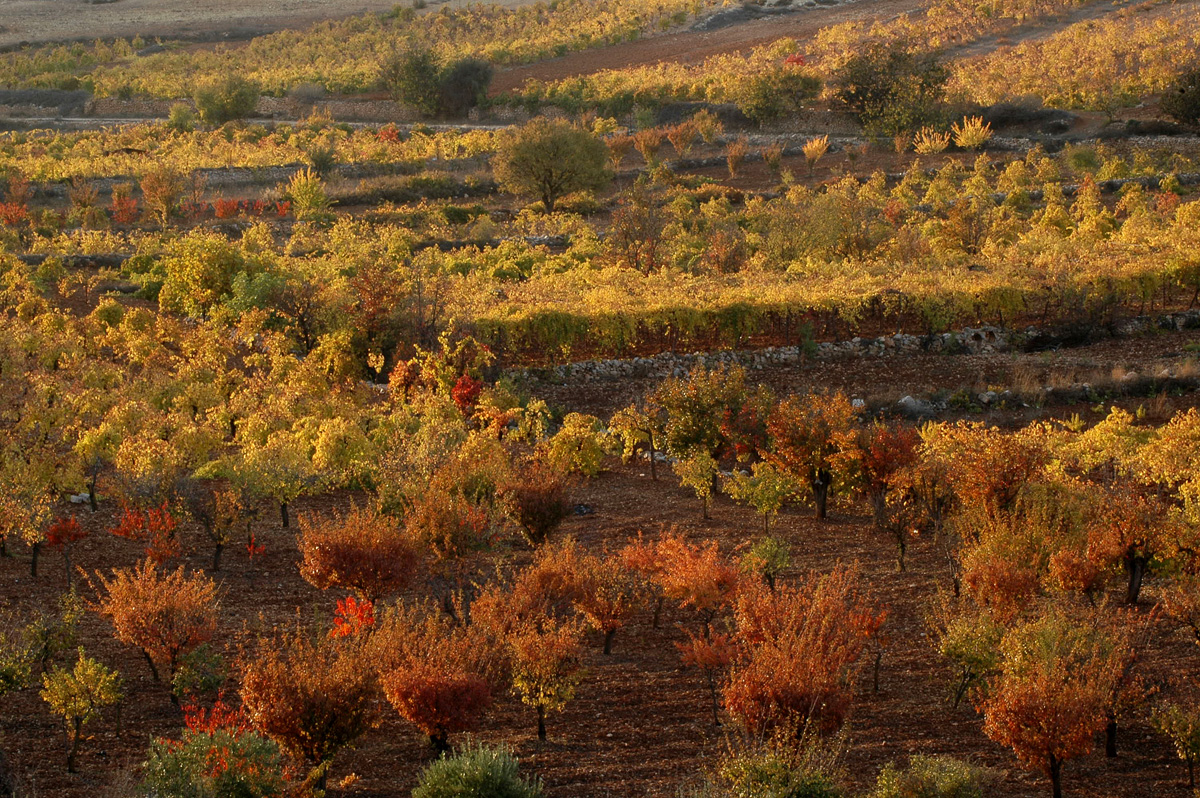 A blaze of color lights up a valley in Gush Etzion below the community of Efrat at the peak of fall foliage. Photo by Yehoshua Halevi 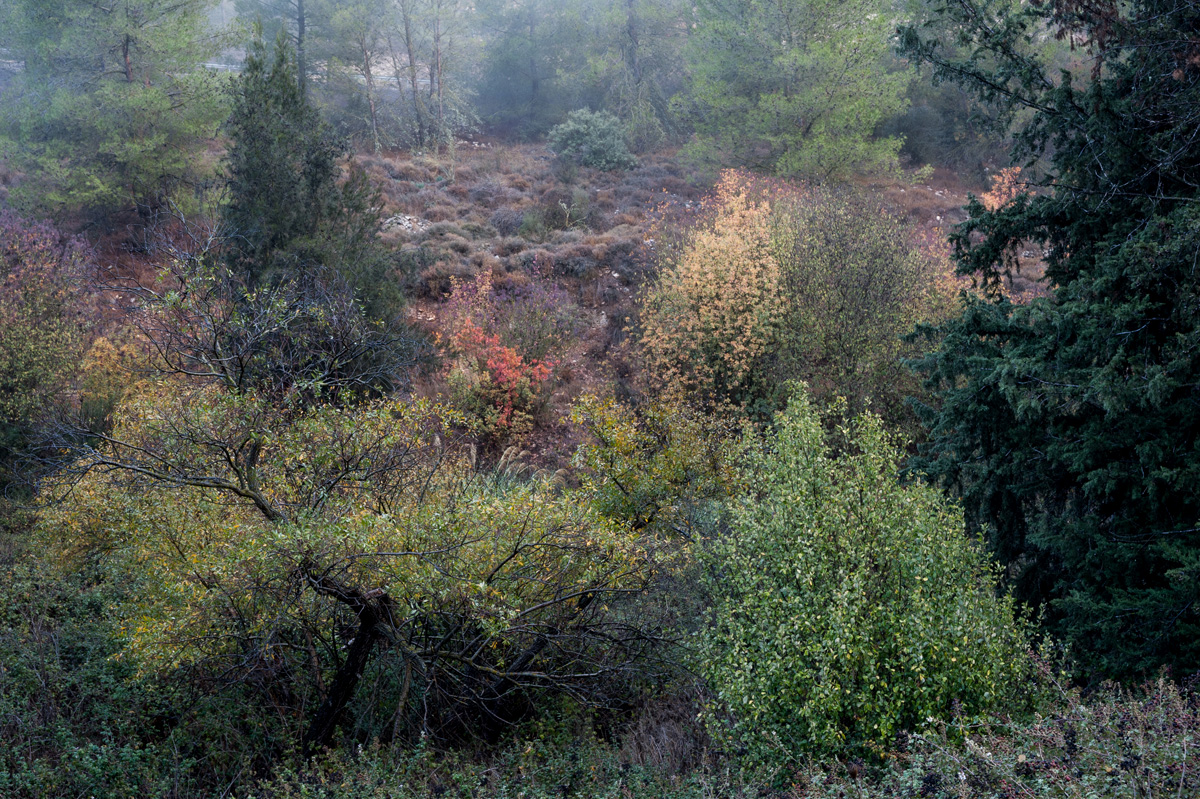 Fog lifting on a damp fall morning in the Bar’am Forest revealing an array of fall color. Photo by Yehoshua Halevi
Originally posted at Israel21c.