Archaeologists working for the Civil Administration and excavating on the grounds of the former Bahad 4 training base in Beit El discovered a large Jewish settlement estimated to be 2,700 years old.

Bahad 4 was the IDF’s largest training base for new recruits in the seventies, but has stood abandoned since 1995. Recently, archaeologists from the Civil Administration’s archaeology division arrived at the site of the former base.

Digging just under its parade grounds, they were astonished to discover the remains of a large Jewish settlement estimated to have housed dozens of residents.

Evidence found at the site points to the settlement’s existence in the days of the First Temple and that it was inhabited in the Persian period, grew during the Hellenistic and Hasmonean periods and remained in Jewish hands all the way up to the Roman period.

“The findings were amazing. Most of them were exquisitely preserved. We found keys to doors, to housing units, work implements used by the Jews who lived there, and a sort of seal, attesting to the period during which the town existed,” said Yavgeni Aharonovich, an archaeologist with the Civil Administration.

Findings discovered on the site point to the settlement remaining abandoned for years, before being reinhabited years later during the Byzantine period, this time by Christians—most likely monks—who created a monastery there. 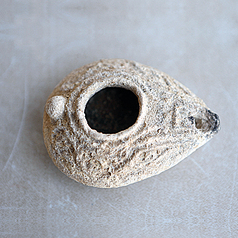 Excavations uncovered a church, its mess hall—purportedly used by the monks—and a beautifully preserved bathhouse.

The Byzantine-era settlement existed until the Muslim conquest of Israel, at which point it was destroyed. The Christians were driven away and replaced by a Muslim population.

The site also showed remains from this latter period: storerooms with a large number of amphorae (tall jars) used for trading olive oil.

The site, experts say, was destroyed again in the great earthquake of 748 AD. Covered in earth, the settlement was eventually forgotten. 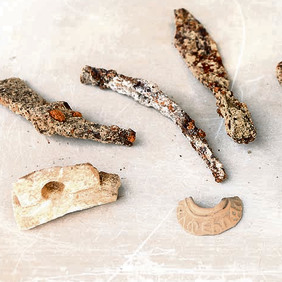 Now, it has been rediscovered.

“These findings are unbelievable. The site opens a window to virtually every historical period in Israel since the First Temple,” explained Benny Har-Even, an archaeology deputy officer with the Civil Administration.

The Administration stated it will now repurpose the site for visitors, a process expected to take several years.