Home Culture Traveling the ancient Incense Route in the Negev

Close your eyes and travel back in time 2,000 years. You’re riding the back of a camel laden with frankincense and myrrh from faraway Yemen, navigating 100 kilometers (62 miles) across the harsh, hilly Negev Desert to get your precious cargo to the Mediterranean ports.

For 700 years, from the third century BC until the second century AD, this was the hazardous but hugely profitable task of the nomadic Nabatean people.

The route includes the remains of the Nabatean towns of Halutza, Mamshit, Avdat, Shivta and Nitzana  (another, Rehovot- Ruhaibe, is hidden by sand dunes), four fortresses (Katzra, Nekarot, Mahmal and Grafon) and two khans (Moa and Saharonim). You can see evidence of surprisingly sophisticated watering holes, agriculture and viniculture that the Nabateans innovated. 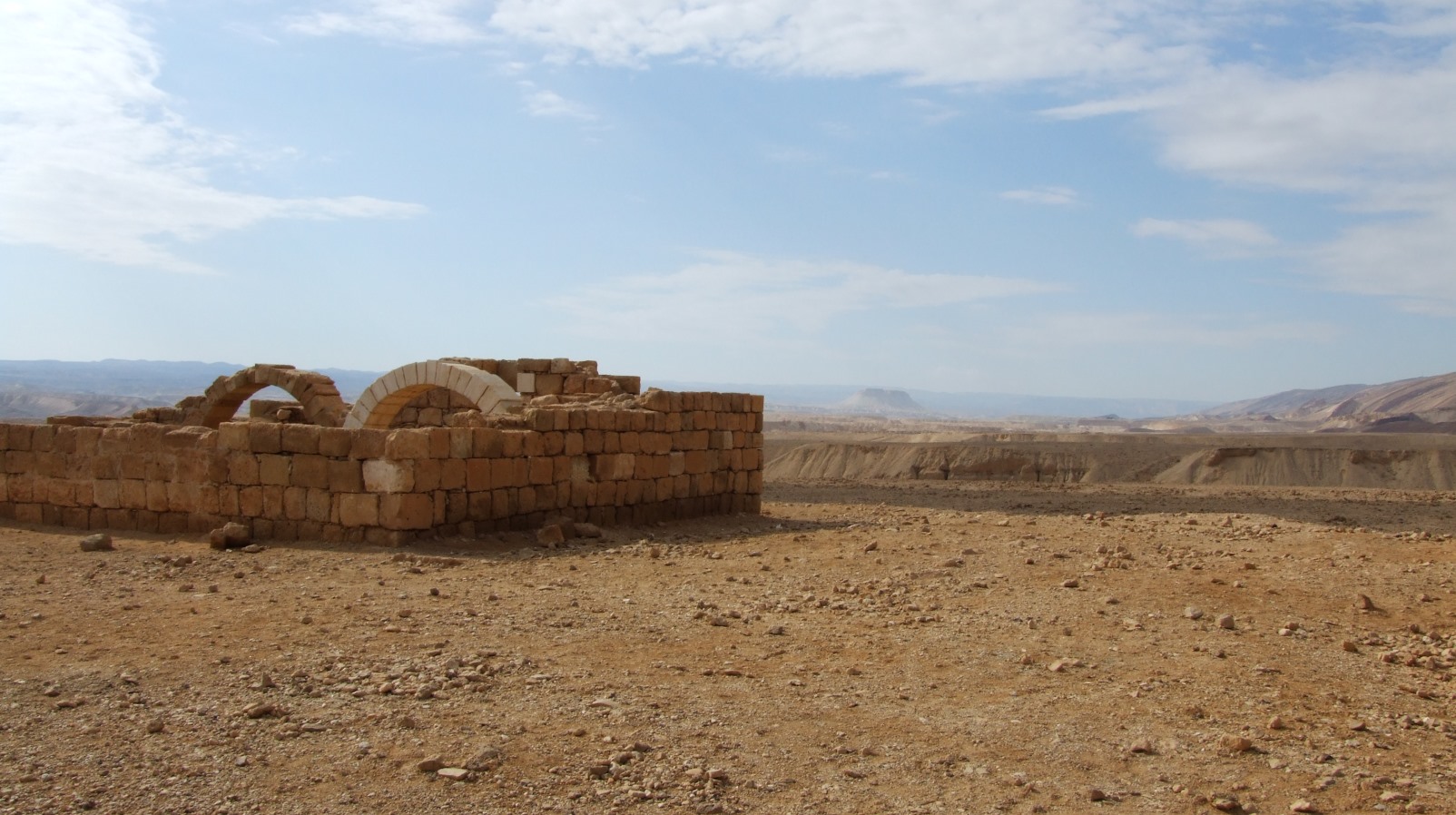 “The Roman and Greek empires controlled a lot of cities around the Mediterranean shores, and in all these cities there were pagan shrines where they sacrificed animals. The smell was terrible, so the Nabateans brought incense for those shrines to cover the smell of the slaughter,” explains tour guide Atar Zehavi, whose Israeli Wild tours specialize in off-the-beaten-track jeeping, cycling, hiking and camel-back trips like the Incense Route.

“The route is surprisingly difficult because there were easier ways to go across the Negev. But the Nabateans wanted to stay hidden from other Arab tribes that might ambush the caravans, and they wanted to avoid being discovered by the Romans so they could keep their independence,” Zehavi says. 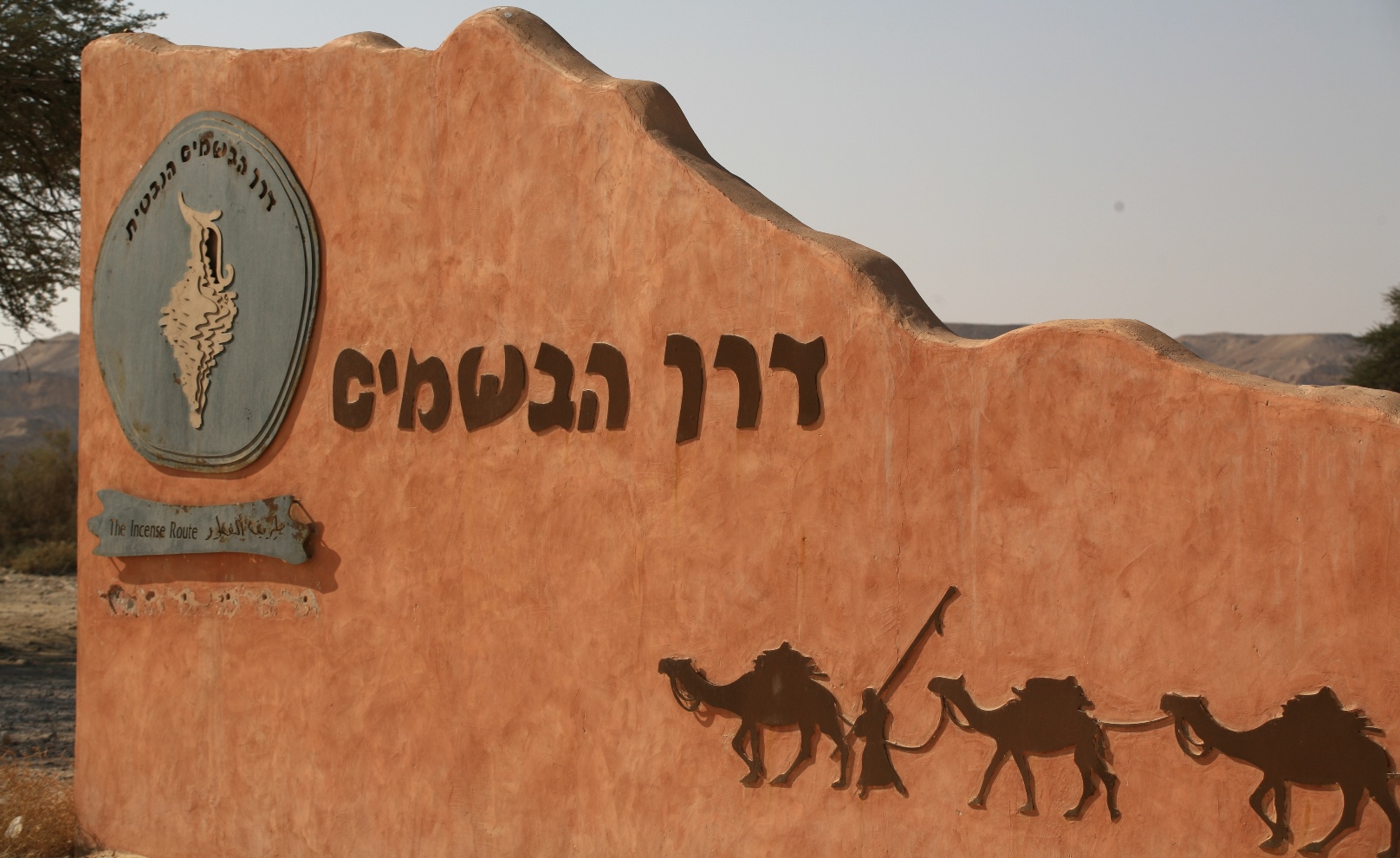 The Incense Route was a channel for trading of goods such as Arabian frankincense and myrrh. Photo by Doron Horowitz/FLASH90

“They knew how to harness the harsh desert conditions to their advantage, building water holes and strongholds others would not find. The Romans conquered Judea pretty easily but it took them another 150 years to conquer the Nabateans.” 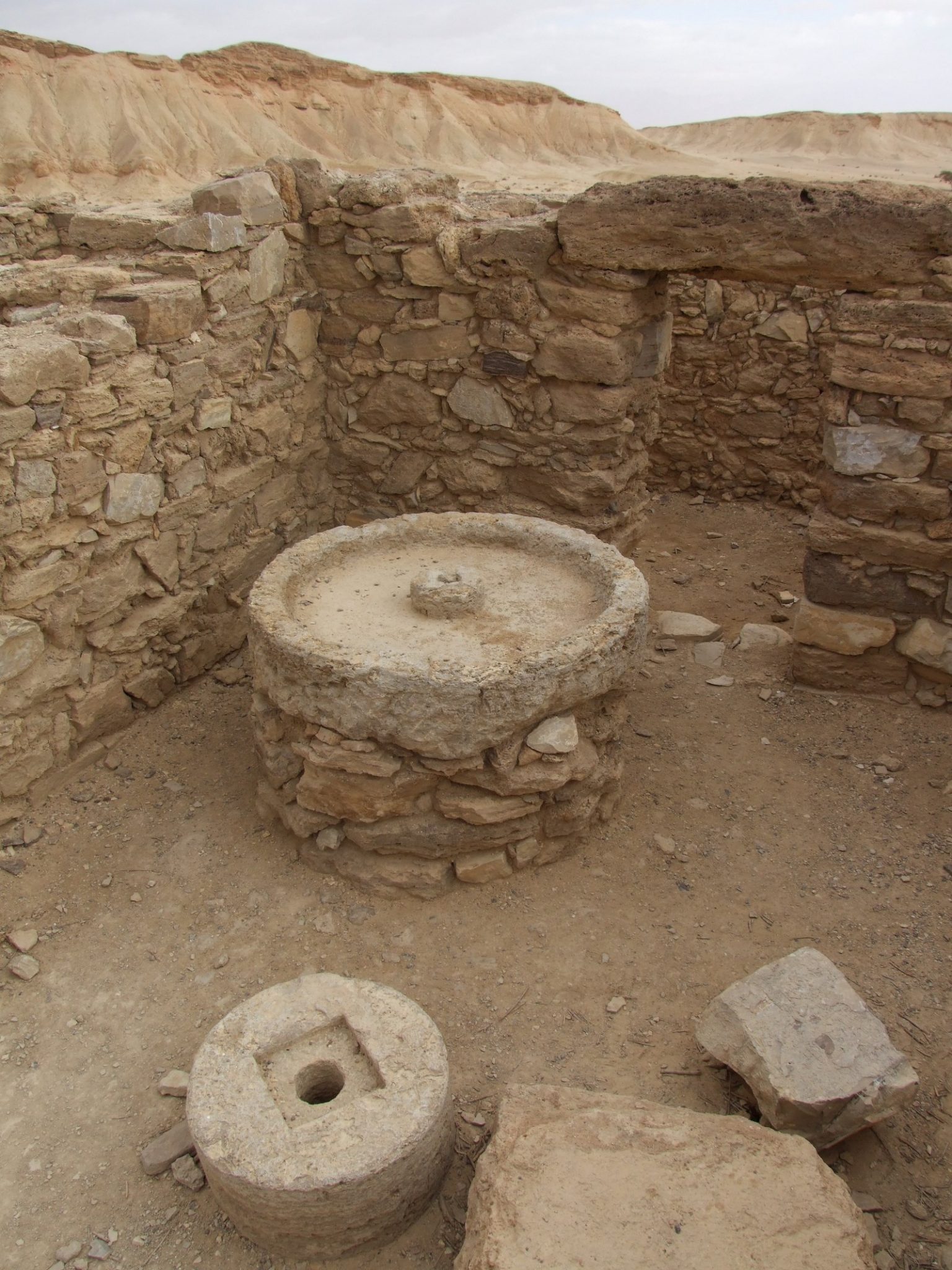 At Moa you can see an original pressing stone for olive oil. Photo by Atar Zehavi

Start in the east, at Moa in the Arava Valley, site of an ancient khan (desert inn). From there, ascend the Katzra mountaintop, a stronghold overlooking the whole region.

This will give you an appreciation for how hard it was to lead a caravan of camels up a steep slope.

“They’d travel 30 kilometers a day between khans (inns). One camel carried 350 kilos [771 pounds] of incense and only needed to drink once every 10 days or so,” says Zehavi, who has a master’s degree in environmental studies.

Even back then, camels wouldn’t have much to drink at the third stop, the Nekarot River, a dry riverbed that once flowed through the Arif mountain range and northern Arava. The Nekarot is part of the Israel National Trail and boasts spectacular landscapes.

This leads you past Saharonim to the fourth stop, the town of Mitzpeh Ramon with its world-famous Ramon Crater (Makhtesh Ramon), which still has visible Nabatean milestones among its abundant flora and fauna including the Nubian ibex. 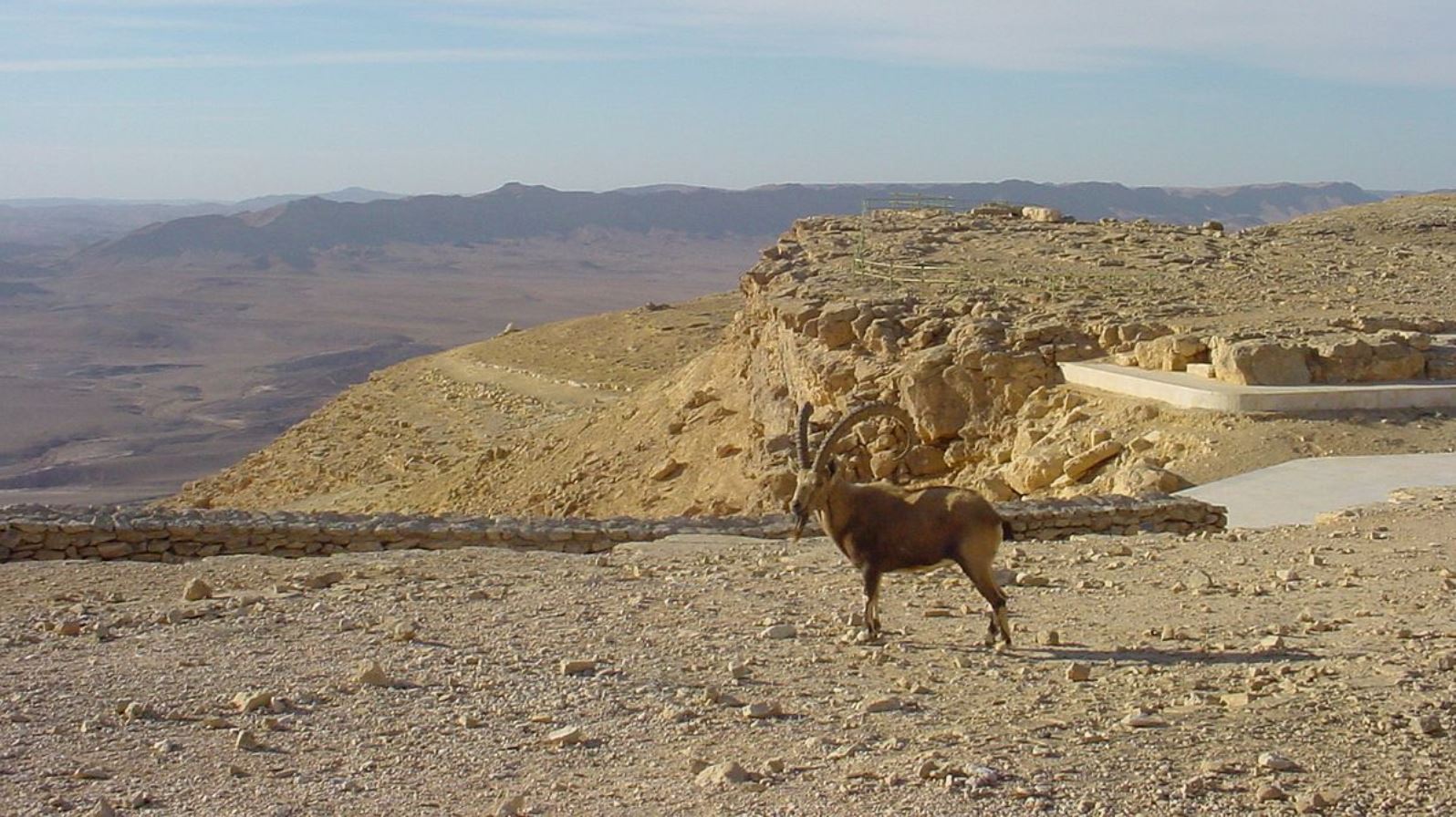 An ibex at the Ramon Crater. Photo via PikiWiki Israel

Ramon is the world’s largest erosion crater, stretching 40 kilometers (25 miles) and descending to a depth of 400 meters (a quarter mile). It has unique geological structures such as the Hamansera (Prism) of crystallized sandstones and the Ammonite rock wall embedded with fossils.

Camp out overnight in the crater, if weather and traveler preferences permit. A variety of hotels, from a desert lodge to hostel to luxury, are also in the crater area. While in Mitzpeh Ramon, you may want to include the visitors’ center and a nighttime stargazing tour.

The next morning, you’ll have a choice of trails for walking, jeeping or biking in the crater. A guided jeep tour is always a good option.

Getting back on the Incense Route, you’ll go up Mahmal Ascent on the northern rim of the crater, a 250-to-300-meter climb to the Mahmal Fortress. Proceed northwest from there to Avdat National Park, site of a flourishing Nabatean city where you can see shrines that were later turned into Byzantine churches. 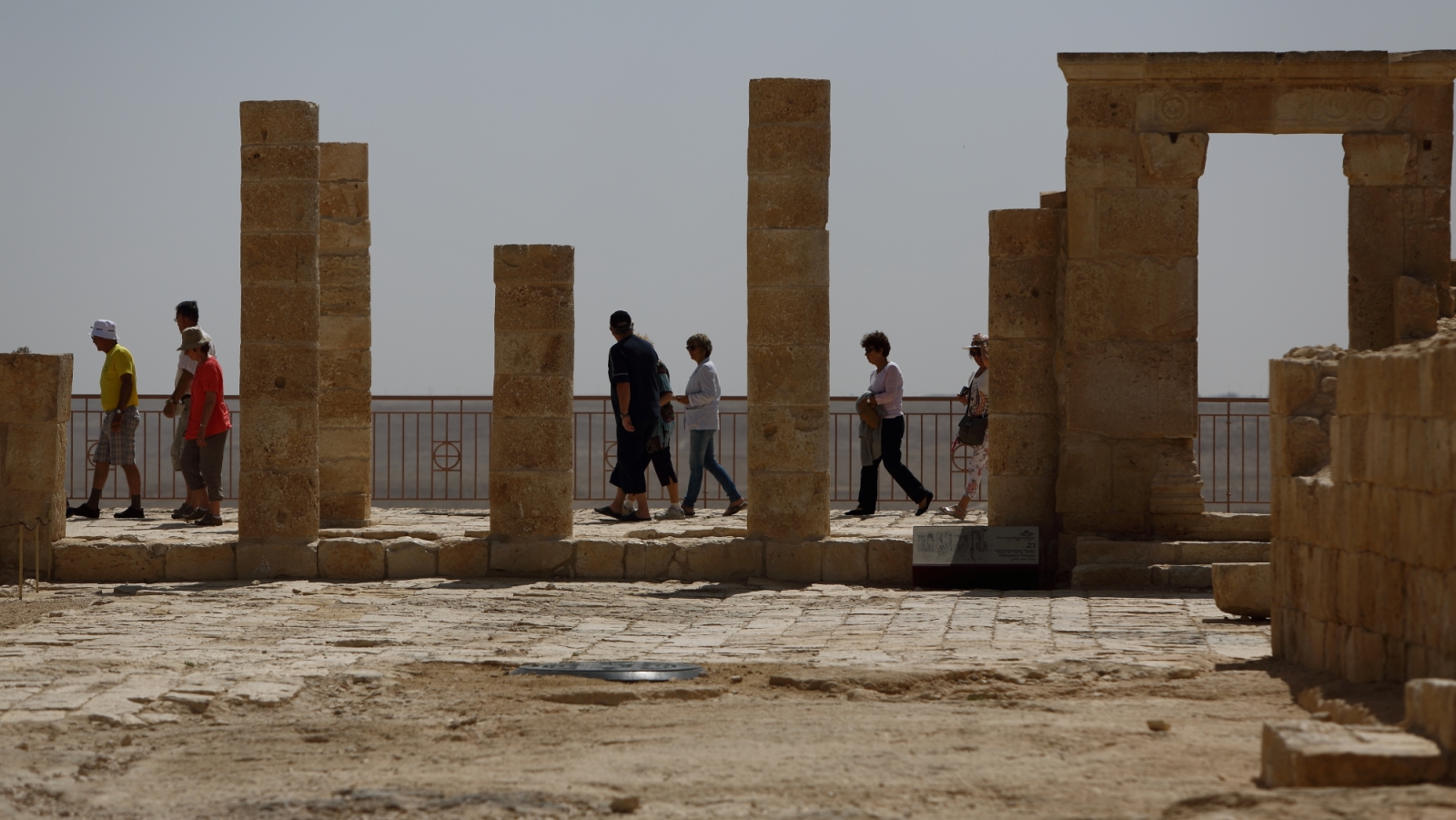 Tourists walking among the archaeological excavations in Avdat National Park, the most important city on the Incense Route after Petra. Photo by Yaakov Naumi/FLASH90

Zehavi explains that after the Roman Empire transitioned into Byzantine Christianity around 324 AD, incense was no longer needed so the Nabateans started producing wine and desert agriculture as well as raising Arabian horses.

“It’s amazing to see the way the harsh desert was colonized for agriculture through the use of highly sophisticated irrigation systems,” says Zehavi. 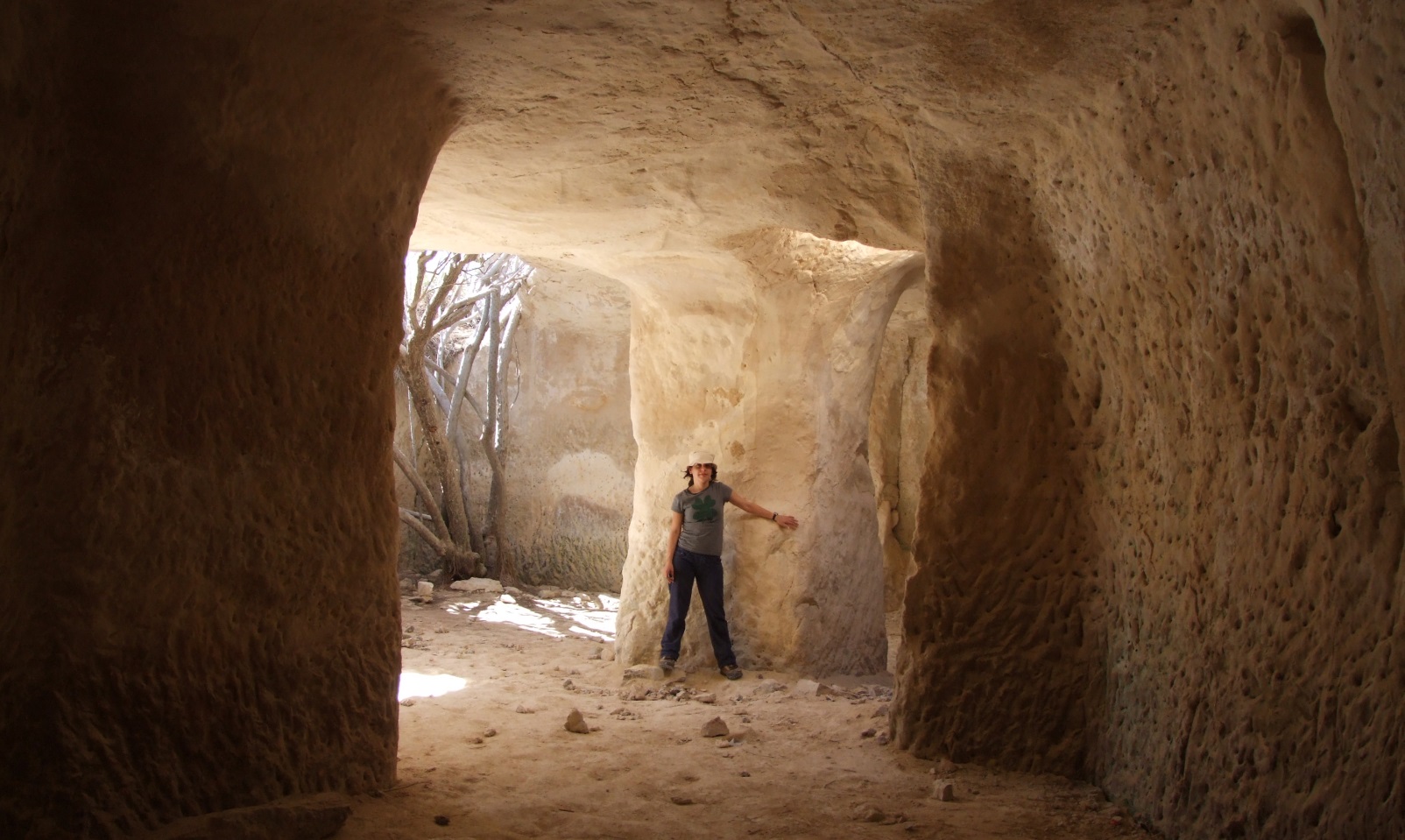 A Nabatean watering hole in the Negev. Photo by Atar Zehavi

End your tour of the Incense Route at Avdat or go northwest to Shivta National Park and Halutza, or northeast to Mashit National Park near Dimona.

Jerusalem food market has just about everything imaginable